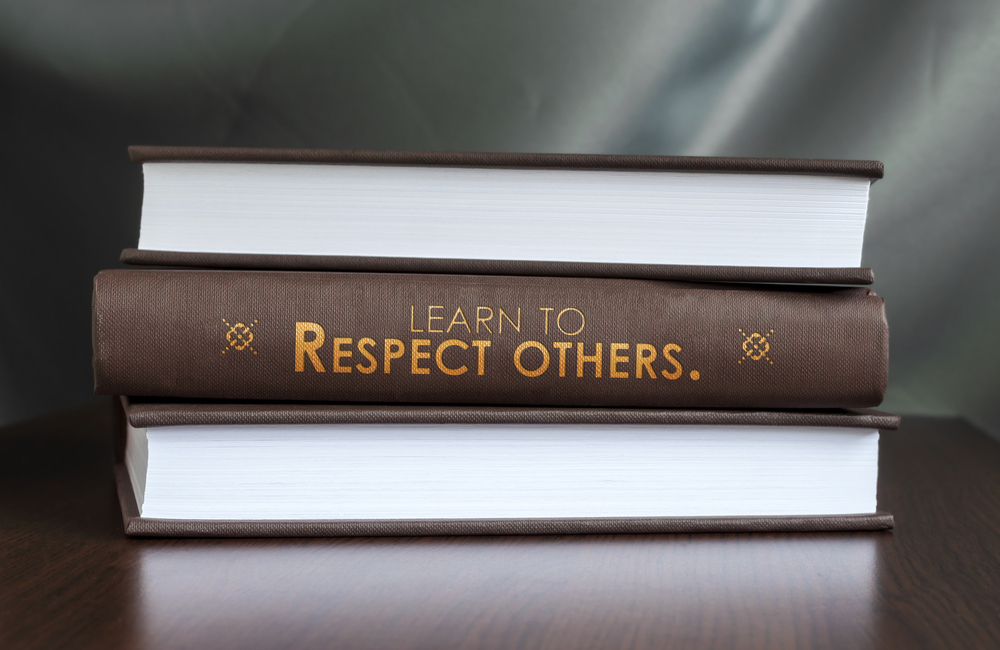 THE ART OF SENSITIVITY

I can never forget how, when I learnt a year in Mikdash Melech, we visited Hacham Ovadia Yosef zt”l before Pesach. A lot of the boys in the yeshiva were on a spiritual high from a winter of learning, and many looked at themselves as fanatical, as they perceived themselves more religious than their parents and their families. We all sat there with pens and papers in Hacham Ovadia’s office, waiting for him to tell us the importance of learning Halacha, and giving us a Halacha class. Instead, he shocked us. He looked up from his books, and told us, “When you go back home, you have a tremendous Mitzvah to do. When your parent comes into the room, no matter how many times your father or mother enters, no matter what you are learning or how important your learning is, you get up! You ask them how and if in any way you can help them! You stand up like this!” With that, Hacham Ovadia jumped out of his chair. That is all he told us. We all looked at him, not knowing what to write. What to think. This is what we came for? Every child knows that the Torah tells us to stand up for our parents!

The answer is, YES!!! Hacham Ovadia wasn’t only teaching the boys who were on a spiritual high the mitzvah of standing up for a parent. He was telling us that the more spiritual you become, the more sensitive you need to be of your parent’s respect. If you did not learn sensitivity when you learned Torah, your Torah is not worth much. If you become more religious than your parents, learn how to use that to respect them more, to give them back more, to love them more. Because the more religious you are, the more sensitive you are. The less sensitive you are, the less religious you are.

Parashat Mishpatim, the laws between man and his fellow, are mentioned immediately after the law of building a Mizbeach in the Bet Hamikdash, to teach you that the Sanhedrin court should be next to the Mizbeach. Why? Because being spiritually strong, bringing sacrifices as a service of Ben Adam LeMakom, is not worth anything, if you are not sensitively strong and careful with Ben Adam LeHebero. If you learn till late and wake people up when you come back from learning by turning on the light or talking loudly, something is seriously wrong. What made Avraham Avinu a spiritual giant was not only his passing his tests of faith in G-d. It was his sensitivity to muzzle his cattle, a value he stood up against Lot for, and something he trained Eliezer to do as well, to muzzle the camels. He was sensitive to the passersby and to his family members, when he needed to put his foot down. What made Rachel great was her sensitivity to her sister Leah, and what made Yosef great was not only his holiness of standing strong against his temptation with Potiphar’s wife, but his sensitivity to support and sustain the very family who betrayed him.

The passuk before Mishpatim is a great introduction to the parasha of how to be sensitive with slaves, maidservants, neighbors, your wife, widows, orphans, converts and even with those who are not keeping the religion. The Mizbeach structure needs specifically a ramp and not stairs so that the Kohanim should never step over the stones in a way that would show the stone their private places. What does this come to teach us? If you shouldn’t show disgrace to a stone, how much more so, should you not show disgrace to your friend, who is created in G-d’s Image! You should treat your friend with more respect than you treat the Mizbeach! (See Rashi)

At home, people feel that they don’t have to be so sensitive. If a spouse would treat his partner in marriage the way they treated the other during dating, marriage counselors would be bored. If a husband would only treat his wife at least like the Torah says to treat a stranger, they would never get into a fight, in a million years. The Torah says that when you see a stranger crumbling under his load, you’ve got to help him. Why is your wife less than a stranger?!?! Why take advantage of those who love you? Why take for granted those who accept you? And if you are not sensitive to your wife and make her cry, you are in for real trouble! G-d can’t stand tears. Not only the tears of the widow and the orphan, but anybody’s tears. From the time the Bet Hamikdash was destroyed, the gates of prayer have been closed, but the gates of tears are always open! Something scary, and something we learn from R’ Rechumi, the Amora that was the top student of Abeye and Rava. He was extremely studious; he would come home to his wife, with her consent, of course, once a year, on Erev Yom Kippur. One Erev Yom Kippur, he was so involved in his learning, he delayed coming home.  His wife was expecting him, though; she kept looking to see if he was coming, but he wasn’t showing. She felt worried and sad, and a tear rolled down her cheek. R’ Rehumi was sitting learning in the attic of the yeshiva, and the attic fell out from under him, and he died. (Ketubot 62b) Now, of course, that is not what his wife would have wanted. But playing with someone else’s feelings, causing another emotional pain, is playing with fire. R’ Akiva’s 24,000 students all died because of insensitivity, and the high level students’ Torah was not able to save them. They did not learn from their mentor Rabbi Akiva that, if his wife wanted him home after 12 years and having acquired 12,000 students, he would have been willing to give up on another 12 years of learning, and on another 12,000 students. The Torah was given only to a unified nation, כאיש אחד בלב אחד. A nation who can feel one another’s pain, and a nation who could rejoice for one another. And this is why we learn Avot and character development before Shavuot and as a prerequisite to accepting the Torah. Sensitivity is also a prerequisite to prayer, as one is supposed to accept upon himself to love every Jew as himself, before prayer, (Sha’ar Hakavanot Shaar 6) and to give some Tzeddaka. אֲנִ֗י בְּ֭צֶדֶק אֶחֱזֶ֣ה פָנֶ֑יךָ (Tehillim 17;15)

The thing about sensitivity, about ben Adam LeHabero, is that for good and for bad, the Heavenly response is immediate, not only in the next world, but in this world, as well. אלו דברים שאדם אוכל מפירותיהם בעולם הזה והקרן קיימת לעולם הבא כיבוד אב ואם וגמילות חסדים והבאת שלום בין אדם לחבירו (Yerushalmi Peah 1;1) Why is sensitivity so important to G-d? Because there is no one more sensitive than G-d, and we are commanded to emulate Him!! He revealed Himself to Moshe at Har Sinai in a thornbush, to show that He is in pain, along with the Jews in slavery. And when He revealed Himself to the Jews at Har Sinai, He showed that He was sensitive as well: וַיִּרְא֕וּ אֵ֖ת אֱלֹקי יִשְׂרָאֵ֑ל וְתַ֣חַת רַגְלָ֗יו כְּמַעֲשֵׂה֙ לִבְנַ֣ת הַסַּפִּ֔יר וּכְעֶ֥צֶם הַשָּׁמַ֖יִם לָטֹֽהַר: And they had a vision of the G-d of Israel; beneath G-d’s feet, there was the likeness of a brick of sapphire, an appearance like the clearness of the heavens. G-d showed those who wanted to get a glimpse of Him at Har Sinai when the Heavens were open that beneath His Legs there was a brick of sapphire. What? Why? To show the Jews that He was carrying bricks, along with them, during their time of slavery in Egypt. How does G-d carrying a brick along with the Jewish Slaves help them in any way, shape or form? G-d, Himself, is sensitive, and He shares in our pain and rejoices in our joy. When the Jews were redeemed, there was great joy in Heaven, as well,  וּכְעֶ֥צֶם הַשָּׁמַ֖יִם לָטֹֽהַר. (See Rashi 24;10)

G-d feels the pain and the suffering even of those who sin against Him. Even the thief, G-d is sensitive to his pain and embarrassment, and G-d takes the feelings of the thief into consideration.  Determining whether the thief must be fined 4 or 5 times the value of his theft is decided by the amount of shame he experienced. The thief feels more embarrassed and ashamed when he is stealing a sheep that he has to carry on his shoulder, than when stealing a cow or a bull. Even the sinners that we are allowed to hate, we are not allowed to hate the sinner himself. We are only allowed to hate the actions of the sinner. G-d hates hate so much, that on Purim, we have to try to hate only Haman’s actions and Amalek’s actions, not Haman himself. This is why we have to get drunk on Purim, till we can’t differentiate between Arur Haman and Baruch Mordechai. The only time you are allowed to hate someone is if the person is a Rasha, and even then, you are only allowed to hate his actions, not him, himself. The Torah even asks us to go out of our way, to help those whose evil acts we hate, and be sensitive to them. To show that there is never ever an excuse to be insensitive, or to hate, anyone.

The tablets were split into two. The first, dealing with mitzvot between Man and G-d; the second, between Man and Man. If you count the words, the number of letters on the first tablet was greater than the letters that were on the second tablet. It turns out that the five commandments not to kill, commit adultery, steal, testify falsely, or covet, must have been at least double the size of the first five commandments, to fit the tablet. This is to show the importance of the relationship between man and his fellow, and of being sensitive to others.

← THE ART OF COMMUNICATING STRUCTURETHE ART OF BEING A SQUARE →