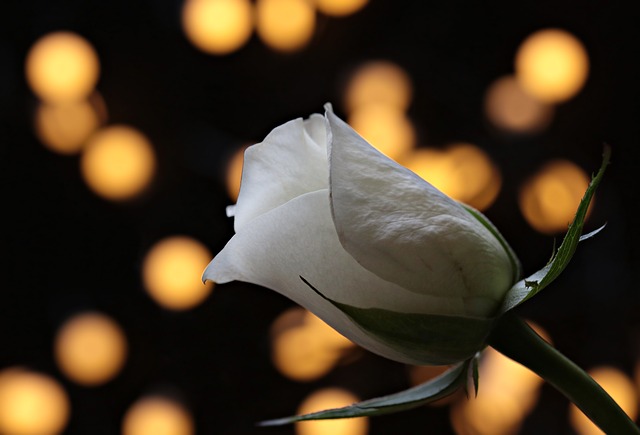 One of the greatest challenges for the spiritual Jew is that after we get inspired, we try to live according to our inspiration for a day or two, but then nothing changes. When bringing up children, when inspiring our students, we face the same dilemma. We get them inspired to grow, but not long after, we see that nothing has really changed. In a world where success is measured only by results, this can be defeating, depressing and discouraging.

It seems that all we are doing is just chasing sparks. Why then is inspiration so important?

In Parashat Pinhas, the Torah tells us that the sons of Korah did not die. Originally, they had advised their father to dispute Moshe’s authority; during the rebellion, however, they had “thoughts of Teshuva in their hearts”. (They stood up for Moshe, despite the dispute. Yalkut Shimoni 752) So, G-d made them a “high place” in Gehinom, a place where they were able to safely stay. (Rashi 26;11)

This is interesting. King David compiled the Sefer Tehillim from the prayers of ten great personages: Adam Harishon. Malki Tzedek. Avraham. Moshe. Heyman. Yedutun. And the three sons of Korah. (Bava Batra 14b) How did King David know what the sons of Korah said if they were in Gehinom, underground? Who ever heard them?

Rashi explains that Asir, Elkanah, and Aviasaf, the sons of Korah, did not die; but rather, they said Shira there, and that is where they made their Mizmorim. Then, Korah’s sons went up from Gehinom, and Ruach Hakodesh was bestowed on them. (Rashi Tehillim 42)

Why is it that just thoughts of teshuva were powerful enough to save them from the harsh punishment they deserved?

This is a fundamental principle of Judaism, that a single thought of Teshuva can turn a Rasha into a Tzaddik, even if the Rasha did not go through the cleansing process of Teshuva. הרי את מקודשת לי על מנת שאני צדיק אפילו רשע גמור מקודשת (Kiddushin 49b)If someone just says that he is a tzaddik, even if he is, in fact, a Rasha, it can make him into a tzaddik. How does that make sense? The person has not yet gone through the process of Teshuva!? All he did was have a thought to be better!?  Because a single thought is the first part of the process of connection with G-d, of becoming a Tzaddik. Allow me to explain.

There are two parts to Teshuva. There is the relationship part of it. Then, there is the cleansing part. There is השיבנו אבינו לתורתך, which is rekindling the relationship, and there is סלח לנו אבינו, wiping away the sins.  The two are not interdependent. And this is the reason why, before being judged on Rosh Hashana, before blowing the Shofar, we recite the Psalm of the Shofar blowing, that is attributed to the sons of Korah. למנצח לבני קרח מזמור (Tehillim 47). From them we learn the power of a single thought of spiritual inspiration, at a time that we need it most. That just a thought, alone, of wanting to be a Tzaddik, is enough to save a person from the worst punishments he deserves, even without going through the whole cleansing process!

How can we understand this concept, that just a thought alone can make you into a Tzaddik? This sounds so foreign to judgmental thinking!

Here is how the Zohar begins its very first words. Rabbi Chezkiah said: “It is written: כְּשֽׁוֹשַׁנָּה֙ בֵּ֣ין הַחוֹחִ֔ים כֵּ֥ן רַעְיָתִ֖י בֵּ֥ין הַבָּנֽוֹת: ‘As a rose among the thorns, so is my beloved amongst the daughters’. (Song of Songs 2:2) Who is the rose? This refers to ‘Knesset Yisrael’ … Just as a rose has in it thirteen petals, so, too, Knesset Yisrael has within her thirteen paths of mercy which surround her from all sides. (Zohar I, Intro. pg. 1)

What does this mean, that we, the Jewish Nation, are compared to roses?

לַמְנַצֵּ֣חַ עַל־שֹׁ֭שַׁנִּים לִבְנֵי־קֹ֑רַח…רָ֮חַ֤שׁ לִבִּ֨י דָּ֮בָ֤ר ט֗וֹב… LaMenatzeach on roses to the sons of Korah… My heart whispered a good thing…(Tehillim 45) The Yalkut Shimoni asks why the sons of Korah were likened to a rose. Weren’t they more like thorns, and did they not deserve to be burned like the rest of the thorns that they were a part of in their dispute with Moshe!? … The sons of Korah wanted to give G-d from the golden pans full of incense. But G-d said, I do not need your gold and silver. I do not want your incense of abomination. Instead, I want roses! The sons of Korah said, We are the roses! To which G-d answered, “You have won over me! (נצחתני) This is the meaning of למנצח על שושנים לבני קרח (Yalkut Shimoni Tehillim 747).

What does a rose exemplify? Universally, it relays the message, “I thought about you.” In the big world, results, bottom line, dollars and cents are what counts.  It does not make a difference how you think, because everything is based on technical considerations. In relationships, though, thoughts are what make the relationship or break the relationship. There is a golden rule in relationships.  People do not remember what you do for them. People only remember how you make them feel. You make people feel better by thinking about them, and showing that you thought about them.

The comparison of Klal Yisrael to a rose conveys the idea that even if we are surrounded by thorns, or evil deeds, in the darkest moments of our lives, we find a way to think about G-d, we look for inspiration. Why are the Jews compared to roses? The rose is unique in that no matter how fiercely the wind blows, no matter how much it is pricked by thorns, it always finds a way to be facing upwards; so, too, the Jewish people. No matter what type of exile we go through, or what situation we find ourselves in, our hearts are always in line with our Father in Heaven. (Vayikra Rabba Acharei M. 23)

Sometimes, we are just chasing sparks of inspiration, but that’s fine. Because that is precisely what makes Klal Yisrael the roses we ultimately are.