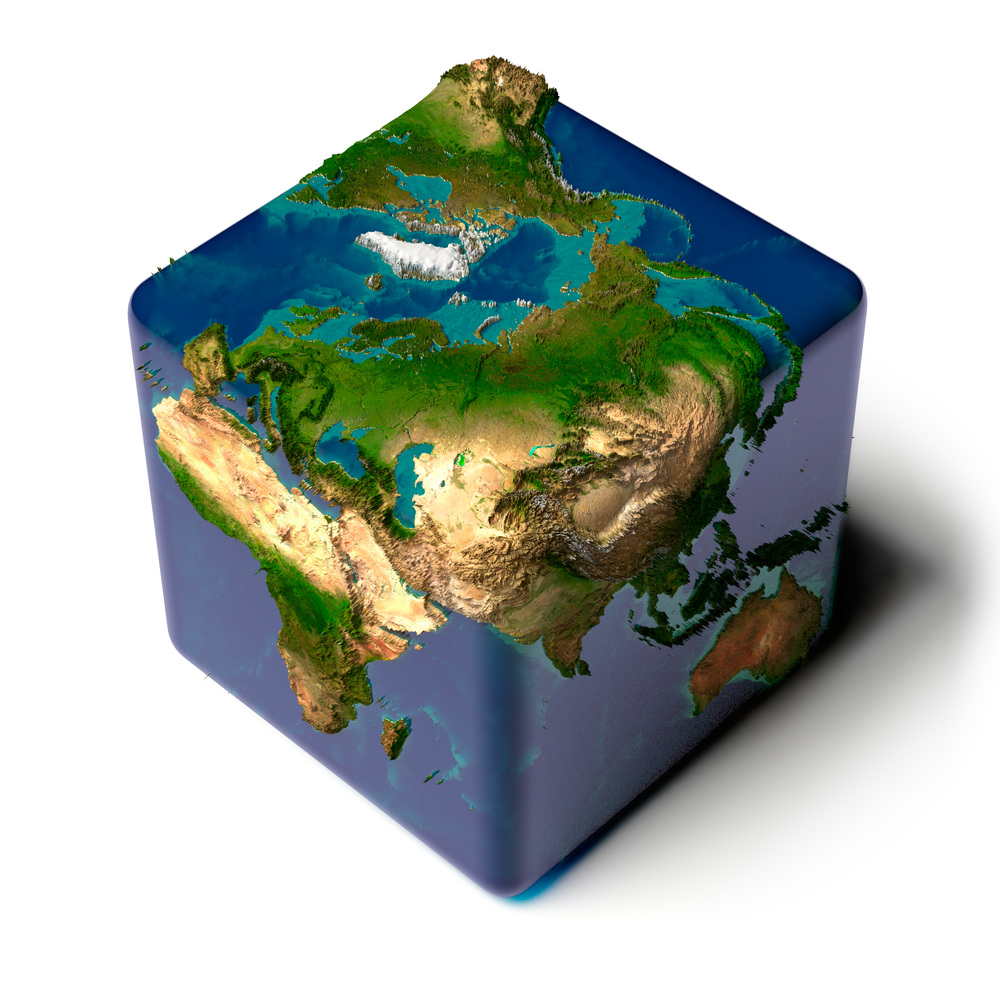 THE ART OF BEING A SQUARE

G-d created a breathtaking world of patterns, symmetry, colors and shapes. Crown shapes can be found in a water splash, and stunning symmetry can be found in zebras, tigers, starfish and a zoomed-in image of a snowflake. The Nile is so snakelike; sand dunes have beautiful crescent shapes, and the shape of waves are awe inspiring. Circles and spirals, seem to be from the most common natural patterns. Tree trunks and tree branches, fruit and body shapes – an endless list….

R’ Shimon Ben Gamliel, tells us in Talmud Yerushalmi that there is a shape that G-d did not make in His Creation.  Squares! (Maasrot 5;3, Nedarim 3;2, Shavuot 3;8 and p. 52, Nedarim 3, p. 37) The planets themselves, the sun, moon, and stars are all round! There is no such thing as a natural, perfect square!!

Round is not as perfect a shape as a square. If you put a lot of circles next to each other, you lose a lot of space, because of the empty area between the circles. But when you put a lot of squares together, all the space is full. You can’t build a building with circle bricks, because a circle can’t hold the weight of what is above it, like a square can. The square is a much stronger shape than the circle. These pluses of square over circle are found in the introduction to Sefer HaIkrim. G-d made a world that is incomplete, because He created Man to complete it. As we say Friday night, אֲשֶׁר־בָּרָ֥א אֱלֹקים לַעֲשֽׂוֹת. That Elokim created לעשות  – “to do”. What does that mean, to do? G-d created a world, an incomplete world, that He expects us to complete for Him. To make His ‘circle’ world, into a ‘square’ world.

G-d asks us to make square Tefillin, square Tallit, square Sukkah, square letters and parchments in our Torah, Tefillin, and Mezuzas. The greatest sin of humanity, after eating from the forbidden(round) fruit, was the Golden calf, the עגל, which has a striking resemblance to the word עיגול, circle. And the way to fix the sin of the Golden Calf, the עגל, the round, was to make … squares!!! A square Mishkan, square Aron, square Shulchan, square Mizbeachs, the Choshen and its stones, the beams, …even the breads of the Lechem Hapanim were square! What?! Why???

G-d told Moshe at the outset of making a Mishkan, וְעָ֥שׂוּ לִ֖י מִקְדָּ֑שׁ וְשָׁכַנְתִּ֖י בְּתוֹכָֽם, And they shall build Me a Mikdash, and I will dwell amongst them. The question is asked, why does it say, בתוכם, amongst them? It should say, בתוכו, inside it!? The answer of the Midrash is, that by building the Mishkan, G-d dwells in the heart of every Jew. But there can be a deeper answer. The letter ם, Mem Sofit, “them”, is the only square letter! G-d dwells in the squares!!! ( Etz Hadaat Tov, Terumah)

G-d made the world on the first day of Nissan, with all its round shapes. This is why the first day of the Mishkan was on the first day of Nissan, to fix the world, and make it a place where G-d’s Presence can dwell. Of course, the reason why the Tefillin are square, and the Mishkan and its utensils were square, are all because G-d said so, and we can never really know the reasons of G-d’s commandments. Even Matzah and Maror, the real reason to eat them on the night of the seder existed 974 generations before the world was even created, which is long before the Exodus story. But there seems to be something that G-d wants, when He wants us to create squares. These ideas, are of course abstract, and way above our comprehension. But they exist, and I think we can learn something applicable to our lives.

In graphology, there is a very big difference between circles and squares. Circles and curves, are symbolic of natural response, emotion, etc.. Square and corners are symbolic of rational response, logic and structure. (Note the corners in the direction arrows in England, a place that respected structure, and thinking only “in the box”, closed mindedness, and boundaries. Compare that to the rounded direction arrows of Israel, and other countries, where people don’t want boundaries, and prefer openminded thinking.)  A square means, that human thought made lines and structures, when there were none.  This is why people perceive and portray a thought as a bubble, or a circle, while a statement, which was communicated, which consists of words used to communicate it and ultimately confine the thought to the words used to express it, is generally in a square. R’ Shimshon R’ Hirsh, writes that the idea of a square is symbolic of the human freedom of the rational, the ability, freedom and power to confine and give guidelines / structure, lines and corners. Square is the human power to rule nature and the circle that represents it. (Terumah 27,8)

It is so interesting. The creation of the Mishkan, the work that was involved in making it, is what classifies work that is considered Melacha on Shabbat. Why, specifically, the creation of the Mishkan? Because the Mishkan is the only creation man ever made. When man makes something, he makes something from something, i.e., other raw materials. But when the Jews made the Mishkan, they made something, spiritual, from “nothing”, i.e. physical objects, which are considered nothing in regard to spiritual. Therefore, the only acts that can be defined as a Melacha, and an act that G-d rested from on the seventh day, are acts of creating something from nothing. Therefore, the 39 acts of the Mishkan are the only ones that are considered not resting on Shabbat. All the Mishkan structure, was building a place for the Shechina, building squares.

I would like to suggest, that this is the reason, why humans grow best in structure, or in squares.  Not that all structures are right and just and good; and structures that work for some, don’t always work for others. But if the structure that exists, is not getting you closer to where you need to go, then you need to find the structure, the box, that works for you. But structure is always needed, even if it needs to be custom fit.  The Shechina is found in structure. In Shul, in Yeshivot, in Minyan, in 613 Mitzvoth, and in the ד אמות של הלכה, the four Amot of Halacha.

Another lesson we can learn from this, is our responsibility in the world to complete what needs to be fixed. To find spiritual in all physical. The instruction manual to infuse spirituality into the world is the Torah. This is a reason, why, the first letter at the top right of every block of text of the Sefer Torah, is the letter Vav. The letter Vav, is the letter that connects. And the Torah connects Earth to Heaven, physical to spiritual.

And a third lesson from the importance of squares, over circles. As mentioned earlier, the plus of square over circle is that when squares are placed on the floor, there is no wasted space. Naturally, (circles) people waste things that are most important. Time, energy, resources, headspace. The habit of highly effective humans is to be able to manage these different factors for purposes of the highest importance.

← THE ART OF SENSITIVITYTHE ART OF MANAGING BEAUTY →