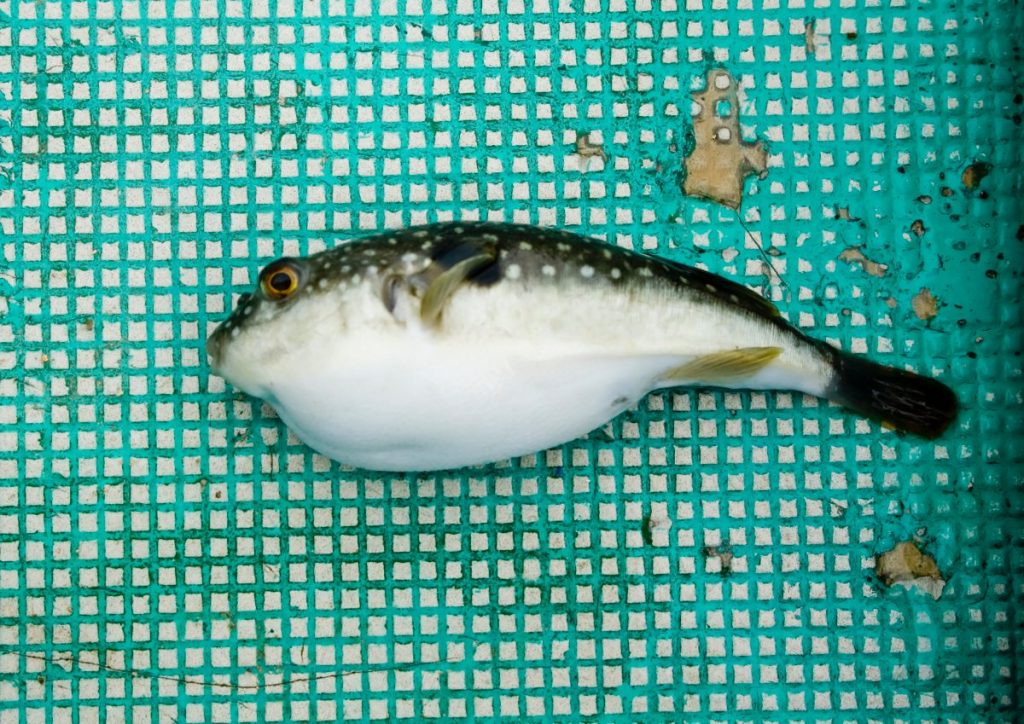 A JEW COVERED IN FISH GOOK

One of the greatest psychological challenges we all deal with throughout life is defining who we are and discovering our value. G-d made Man with a need to feel he has value. This is why when Man cannot find an intrinsic value within himself, he searches for an external solution. This is why people “need” brand name clothing, luxury cars and houses and exotic vacations. Fame and fortune. In great contrast, animals, as long as they have enough food for the day, do not become stressed. Because they were not created with the drive to find self-importance, self-value, they are not subject to the stress that keeps after human beings.

The Mishna in Avot brings to light this essence of Man. The Mishna relates directly to a person’s worth, and tells you how much value you have.  אם אין אני לי מי לי? וכשאני לעצמי מה אני?. If I am not for myself, who will be for me?  And if I am concerned only with myself, what am I?

The first part of the Mishna is teaching the first step in appreciating your worth. When you feel that no one cares about you, when you feel like a shmatta, a rag, it is usually because you do not accord yourself enough importance to devote time to taking care of yourself. You do not take out time for yourself; you do not spend money on yourself. You neglect your physical health, emotional health, spiritual health or your financial “health”. When you do not take care of yourself, you are sending messages to those in your life that you don’t value yourself, and neither should they.

The second part of the Mishna is giving us the secret to valuing ourselves; but notice the peculiar choice of words: ?כשאני לעצמי מה אני If I am concerned only with myself, what am I? The word מה, What, in this context, is so strange. The appropriate word here should be, מי אני, Who am I?  “Who” is generally used for people, and “what” is used for things!?

But that’s the whole idea that the Mishna is teaching us. If you are worried only about yourself, you are like an animal, and you have no value as a human being!  You have only as much value as the value you bring to others. Of course, you need to take care of yourself first. But if that’s all you are worried about, then you have no more value than an animal. You are just a “what”, not even a “who”. It’s the healthy balance of both taking care of yourself first and then being responsible for others that makes man the great Man he was intended to be.

Holocaust survivors said that this is the only thing that kept them sane. The Nazis hated the Jews, because the Aryans believed that they were the Chosen people, and that there could not be another Chosen people; the Jewish People were a contradiction to that idea. So the solution was to treat the Jews like animals and break them psychologically. To take away all their feelings of self-value, and to reduce them to the status of animals in their own eyes; or to completely annihilate them. The Nazis tattooed numbers on our arms, just as cows are branded with numbers. The Nazis transported us in cattle cars, to make us feel like cattle. But Holocaust survivors who wanted to retain their humanity and not fall into this psychological trap, say that there was only one thing that helped them avoid it: caring for each other and taking responsibility for each other. They had nothing else. They possessed nothing except the G-dliness they had inside. Caring for others preserved the spark of humanity within them. It preserved the G-dly feeling that every Jew has inside.

There is a word in the beginning of the Parasha that teaches us the power of responsibility. ויגש אליו יהודה ויאמר בי אדני , “And Yehuda approached him (Yosef) and said to him, please my master…” Yehuda approaches Yosef to speak to him, at the climax of the drama. When Yosef really had “all the cards on his side”, and Binyamin was to go to jail, for he had been caught “red handed”. At this point, what right did Yehuda have to ask Yosef to free Binyamin?

Yehuda started his claim with the words, בי אדני. The word בי is translated by the Targum as ‘please’. But the word  ביhas another explanation. It means, according to the Baal Haturim, that Yehuda was telling Yosef, if you want to take Binyamin as a slave, take me, instead. I took responsibility for him. I am holding myself responsible.

On a deeper level, the word בי  is really referring to”יב’ ” ,  the number 12 . Yehuda was telling Yosef, “I am not coming to stand up for myself. I am not standing up for Binyamin. I am standing up for the 12 Shevatim. I am going to do whatever I need to do to get Binyamin back and to get Yosef back. You are tampering with the destiny of the twelve Shevatim, and I am willing to take you on. Because I am responsible. And that gives me the right to speak. When Yosef saw that Yehuda had learnt the lesson of responsibility, he broke down, crying. Because now Yosef wanted to be a part of them again. The more responsible you are, the greater you are. Because the more responsible you are, the more G-dly you are.

But there is an even deeper explanation. בי אדני , according to the Arizal,  Yehuda was saying, G-d is in me (בי אד-ני). Because Yehuda has, in his name, the Name of G-d, יהודה.  And every Jew has a piece of  G-d inside him, a חלק אלו-ה ממעל, and this is why we are called יהודים. Yehuda was saying, You are not dealing with me. You are dealing with my G-d.

This reminds me of a story that I heard from Rabbi David Pinto. He recalled how when he was a thirteen- year-old in Morocco,  he would go to the market place on Friday morning to collect money for the poor, money that his father would later distribute. “I remember a man from Morocco. His name was R’ Mordechai. He was a Jew typical of those times – a hardworking, G-d-fearing man. Not a great Rabbi or Mekkubal, but a man who had to struggle for his parnassah.  One Friday, I saw him at the market place, next to the fish stand. The Arab who was selling and cutting up fresh fish had a bucket of fish heads. People don’t buy fish heads, as there is little meat on them. But R’ Mordechai was struggling financially, and he desperately wanted fish for Shabbat. So he offered the Arab a couple of coins and said, “Please. I can’t afford fish for Shabbat. If you could let me buy the fish heads from you with the change I have left, I will pick out the meat from there.” Rav Pinto watched from the side to see how this was going to turn out.

At first, the Arab ignored him. But R’ Mordechai was persistent. “Please. All I want is to taste some fish on Shabbat!  It’s all I got!” The Arab looked at him and screamed, “Get out of here, you filthy Jew!” But R’ Mordechai was not going home without some fish for Shabbat. He just stood there, contemplating what to do next. The Arab blew it. “I told you, GET OUT OF HERE, YOU FILTHY JEW!” And with that, the Arab took some fish intestines, and threw them in R’ Mordechai’s face. There was silence in the marketplace. Everyone was watching to see what would happen next.

Then, R’ Pinto relates, the most amazing thing happened. Rav Mordechai removed the fish gook from his face and looked the Arab in the eye, and said, “I can forgive you for embarrassing me in front of everyone. But I will not forgive you for embarrassing a Jew, and disgracing my G-d.” With those words, on the spot, in front of everyone in the marketplace, the Arab dropped dead.

All of these explanations of בי, each on its own level of פרדס, blend with each other. Because if you want to find the G-dliness inside yourself, you need to take on responsibility for Klal Yisrael. When you look at the G-dliness in yourself, you will see a greater you than the you that you see in the mirror. Amazing things happen when we tap into that piece of G-d inside of us. When we stand up for that part of G-d inside of us.  And when we take on responsibility for Klal Yisrael.