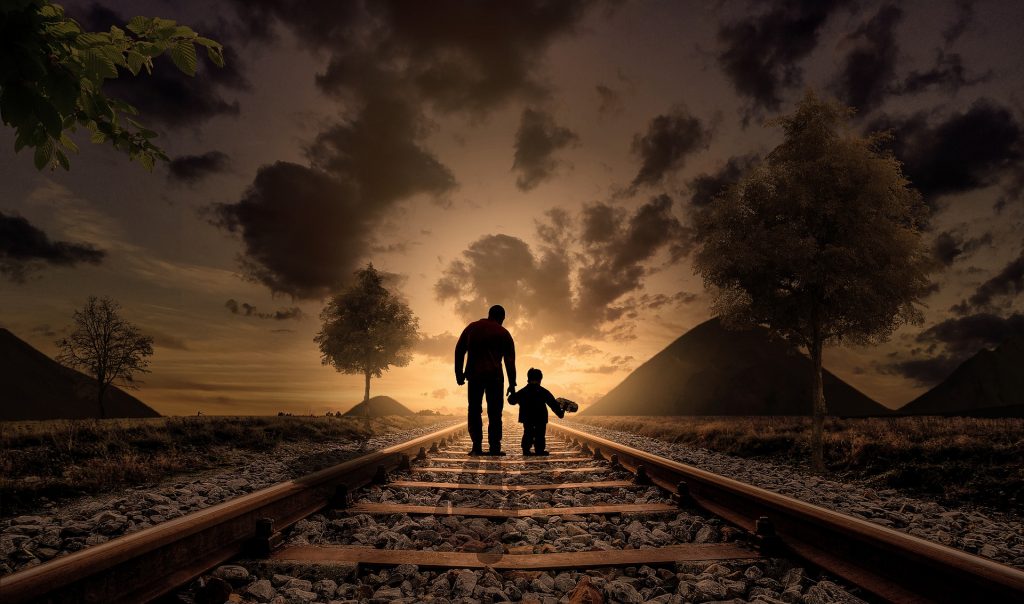 SOMETHING FOR THE KIDS

Someone asked me a few days after Hanukah how my vacation was. I answered that I am still בחפש. (I am still on vacation.) He asked me why I am still on vacation a week after Hanukah. I told him בחפש is also the acronym for the four things we all have to deal with in life. All of life’s problems usually fall under one of four categories: בריאות – health, חינוך- parenting, פרנסה- livelihood, שלום בית peace with your spouse, or the people in your life.

Our job in life is to juggle those four. Rabbi Geizler taught us, as coaches, that if the difficult problems in life are hard to solve, the reason is usually because the problems are a solution for some other problem.  A parenting problem can be solved with time, thought, money, or patience, but the reason why a parent may lack these resources is because these resources are already invested to a great extent in his livelihood. I can’t get to the gym and care for my health, because I don’t have the time to make time for it, because my time is invested in one of the other three. Etc., etc.

Lately, I invented an awareness game that I play with my kids. It’s called “the ingredients game”. I take something out of the refrigerator, something that everyone eats, and I ask the kids what the main ingredient is. What is the second most important ingredient. What is the third. Most of the time, we do not pay any attention to the ingredients of the things we eat. And most of the time, we do not realize what percentage of our time, money and effort is invested in any one of the four abovementioned factors. Usually, not even 20 percent of our resources are spent on חינוך, on parenting. Despite the fact that our children are 100 percent of our future. This is something we all know. But something we all forget (or choose to forget) too often.

Probably the person who changed the world the most over the last years was Steve Jobs. What was his motivation? What kept Steve going? “Remembering that I’ll be dead soon is the most important tool I’ve ever encountered to help me make the big choices in life. Because almost everything – all external expectations, all pride, all fear of embarrassment or failure – these things just fall away in the face of death, leaving only what is truly important.” “Being the richest man in the cemetery doesn’t matter to me. Going to bed at night saying, ‘we’ve done something wonderful’, that’s what matters to me.”

Eliyahu Hanavi asked G-d, “Master of the World! With what will a poor man’s name be remembered before You? A rich man is remembered because of his money, his silver and gold, for his precious stones and diamonds and all types of fancy utensils he acquired. But the poor man, how will he be remembered?” In other words, a rich man has the ability to put his name on a Yeshiva Building, on an Aron Kodesh, he can donate a Shul… and these will bear his name. But the poor man has nothing with his name on it, to keep the memory of his name before G-d!?

G-d answered Eliyahu, “The poor man will be remembered through his children. The son reads the Torah in shul , and people ask, ‘Who’s that man’s father?’ The son asks a good question in the study hall, and people ask, ‘Who is the one who asked that question? Who is his father?’ And people will bless G-d’s Name, because of the poor man’s son.” The rich man is remembered because of the buildings he donated to the Yeshiva. And the poor man is remembered because his son is the one who is teaching Torah in that Yeshiva. (TDE 18)

When Yaakov blessed Menashe and Efraim, he blessed them with the eternal blessing: המלאך הגאל אותי מכל רע יברך את הנערים ויקרא בהם שמי. May the One who redeemed me from all hard times bless the lads, and call in them My Name. What does that mean, that Yaakov’s name be “called in them”? The Shevet Meyehuda answers that Yaakov was asking that his name live on through these children. Not by having his name on buildings. But by the actions of his offspring.

When Yaakov blessed Yosef, (ויברך את יוסף) he blessed him by blessing his children. (המלאך הגאל אותי מכל רע יברך את הנערים) Because the greatest blessing you can give a person is to bless his children. Because your sons are you after you are gone.

Did you ever stop to ask yourself what is the greatest thing you can give your children? I thought about this for a while. The secret to having a tranquil home, to having Shalom Bayit and to effective, successful parenting is Triple A. Your wife and kids need Attention, Affection, and Appreciation from you. But most husbands and fathers confuse the Triple A with another Triple A. They think that what their family needs most from them is Affordability, Availability and Advice. And that is why most husbands and fathers feel that to be a good father or husband is an impossible task.  But the second Triple A is asked for only when there is a lack in the first Triple A. The first Triple A is all your family really need from you.

What did Yaakov leave for his children? He gave them the greatest thing a father can give. He blessed each one and let each one know his strength and weakness. He let them know that he knows each one has a unique Neshama, and he believes that each one will go on to become the greatest that he can be. ויברך אותם איש אשר כברכתו ברך אותם And he blessed them, each one with the befitting blessing, did he bless them. The Or Hachaim explains this to mean that each one of the children had his unique strengths, and Yaakov made sure that each one knew who he could be, and that Yaakov believed in him. Probably the greatest thing I can give my children is the knowledge and certainty that I believe in them, to let them know how great they are, and how great G-d made them.

Unfortunately, the way the world we live in conducts itself is a far cry from these ideas. The problem with the education system we have in our society is that the school system is outdated. The style of education and parenting kids as “factory made, one size fits all” is outdated. The old system builds factory workers and employees. Today’s world and market is looking for more creativity and less workers. People need to feel today, more than ever before, that they have a unique identity.

For example, one of my children happens to be an amazing storyteller. Unfortunately, the school system does not give a child an opportunity to develop such a skill. Quite the contrary. The child gets punished for telling stories in class, and draws attention. It turns out that one of the greatest skills one can have in life is storytelling. For marketing, bringing your brand to life, for teaching, for parenting, and for holding people’s attention. It is the seemingly small traits that our children are blessed with that they need us to glorify and strengthen.

If we bring those unique blessing that G-d gives us to light, we can do tremendous things in the world. Believe it or not, Steve Jobs’ greatest life passion and skill was calligraphy. He knew more about design than he did about technology. And he used that passion to build the iPhone in such a way that, “We made the buttons on the screen look so good you’ll want to lick them.”

It is up to us to notice the gifts G-d gives our children and to let our kids know how great they can be.  To believe in them. Because they are only future we have.