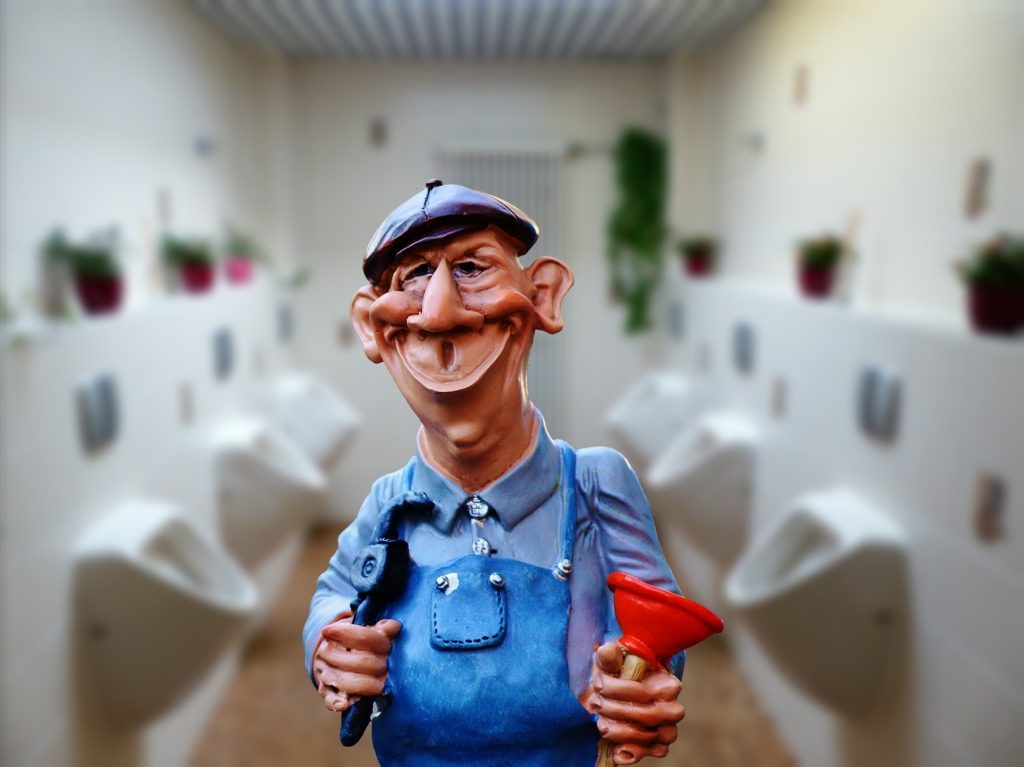 WISHING TO BE A JANITOR

Shavuoth is more than a holiday. It is a day of judgement. The Talmud tells us that on Shavuoth the world is judged, regarding the trees (Rosh Hashana 16a). And we know,כי האדם עץ השדה  For Man is the tree of the field (Shoftim 20;19). According to the Zohar, the fruits of the tree are the souls. Your soul is being judged on this day, as to exactly how much wisdom it will attain. How much you will be able to learn and accept wisdom from others (Sfas Emes).

I asked my students this question on their last test: “What does it mean to you, accepting the Torah on Shavuoth?” It’s very interesting. Each one had his own answer, and they were all right. How so? When I asked my Rebbi this last Shabbat, what does it mean that we are judged on Shavuoth, and in what ways are we accepting the Torah on Shavuot, he answered me something he heard from his Rebbi. Each person has his own portion of Torah. And on the day of Shavuoth, you will be judged, a verdict being given to decide exactly how much of your portion in Torah you will merit. And, he continued, that this concept is very real. This is why, he said, we read in the Torah right before this Rosh Hashana of Shavuoth, the curses of Parashat Beha’alotcha. תכלה שנה וקללותיה. So that the last year, and its curses, should be over. So that we can start a new year of wisdom. Similar to the concept that we have the curses of Parashat Ki Tavo before Rosh Hashana of Tishrei. That there also, before the judgment of the year, we hope that the curses will be left behind in the past year, תכלה שנה וקללותיה.

To me, this concept that everyone has their portion in Torah is a very personal concept. With Hashem’s help, I merited teaching and learning with people who would not have learned, otherwise. People who had never been able to learn Torah found that they could connect with it, when I used this approach. You see, the reason why sometimes people fail in Kiruv is because they come with the approach, “join me”, “follow me”. But the real approach to Kiruv is to get one step closer, from wherever you are, going from the Jew you are to the Jew you want to be. Not copying or following.

With this belief in mind, I never tried to persuade anyone. I just understood what the person I was learning with wanted, and helped him get to the next step. By discovering together with them, that person’s unique next step, what he was able to access, from his own, individual place in life, that made it easier to get there.  The same holds true for our children, when we help them get closer to G-d. Each and every one has his own special portion of Torah. His/her own next step.

As I write this article, I am all “Charlie horse”. Literally. I just took my students for two hours of horseback riding, right outside Jerusalem, during the afternoon break, rewarding them for a test they all passed. During the horseback riding, the one giving us the tour was not letting the horses gallop, but just trot or canter. Some of the boys were getting frustrated. They wanted to gallop and go much faster. So, some of the boys, and I, as well, kept asking the leader if we could pick up speed. But he did not want to go any faster than 20 kmh, on the hilly paths on the outskirts of Jerusalem. At the end, he sat us all down, and said that the fastest these horses could go is 60 kmh. But we were not experienced riders, and he would be responsible if anything happened, and if something would happen, he would be thrown in jail. It was his responsibility to gauge our level of experience, and in accordance, give us the best speed he could. He even prided himself in being able to pick out the right horse for each person’s build and strength.

Everyone has his own unique portion of Torah, and if they go too fast, or they learn something they don’t connect to, he can fall off and get hurt. You need to learn, to know, to become good at how to find your portion of Torah. What is just right for you.

As a matter of fact, one person I learn with has the attitude that whenever he is not interested in something, he tells me, “Rabbi, let’s skip this. Next subject”. I asked R Yehuda Ades, shlit”a, what to do about this, as sometimes I prepared a particular lesson thinking it was important for this specific person.  R Ades told me, “Listen to the student. Move on. ” Find his portion in Torah.

תורה צוה לנו משה מורשה קהילת יעקב Moshe commanded us the Torah, an inheritance for the community of Yaakov. The Talmud takes a twist on the word מורשה, inheritance, and says it means מאורסה, an engaged woman, instead. Each and every Jew is naturally engaged to his own portion in Torah, but not everyone is married to their portion in Torah.  The way to marry your portion in Torah is by dedicating yourself to it (Pesachim 49b see Maharsha). Making your own personal learning goals. And just like if you want to build a relationship with your wife, you can’t look around and compare her to other women, so too, if you want to build your relationship with your portion in Torah, you need to focus on your portion. Not on the portion that others around you are choosing. But where your heart takes you.מקום שלבו חפץ . And by doing this, your Torah becomes ובתורתו יהגה. This is why we pray, ותן חלקנו בתורתך. Give us our portion in Torah.

Now, of course not everyone can stay in learning. But everyone has his portion of Torah that he needs to develop. Women, too, have certain halachot and parts of Torah that they can learn and connect to. They can merit their portion in Torah by being supportive of their husband’s and children’s learning (Berachot 17a).  You can get your portion by supporting Torah. R H Abulefia in his work, Etz Chaim, writes that the same power that is given to the Talmid Hacham for fighting his Yetzer Hara, something he merits for his engrossment in Torah, will equally aid the one who supports him to fight his own Yetzer Hara. Because by supporting Torah, you become an equal partner, exactly as if you, yourself, were learning.

I remember how my Rosh Yeshiva would tell what his mother used to pray for. She used to pray that her sons, every one of them, if they can’t merit teaching Torah in Yeshiva, and they don’t merit supporting Torah financially, that, at least, they would be a janitor in the Yeshiva. That each one merit his own portion in Torah.

The biggest problem most people have with connecting to Torah is they don’t realize that there is a portion in the Torah that belongs to them. They do not feel that G-d is talking to them. But the saying goes, When you pray, you are talking to G-d. When you are learning Torah, G-d is talking to you! The reason why people who were brought up in the frum system somehow disconnect from Torah is because for too long, they had the mistaken notion that Torah belongs to the Jews, and not to the Jew. Not to me, personally.