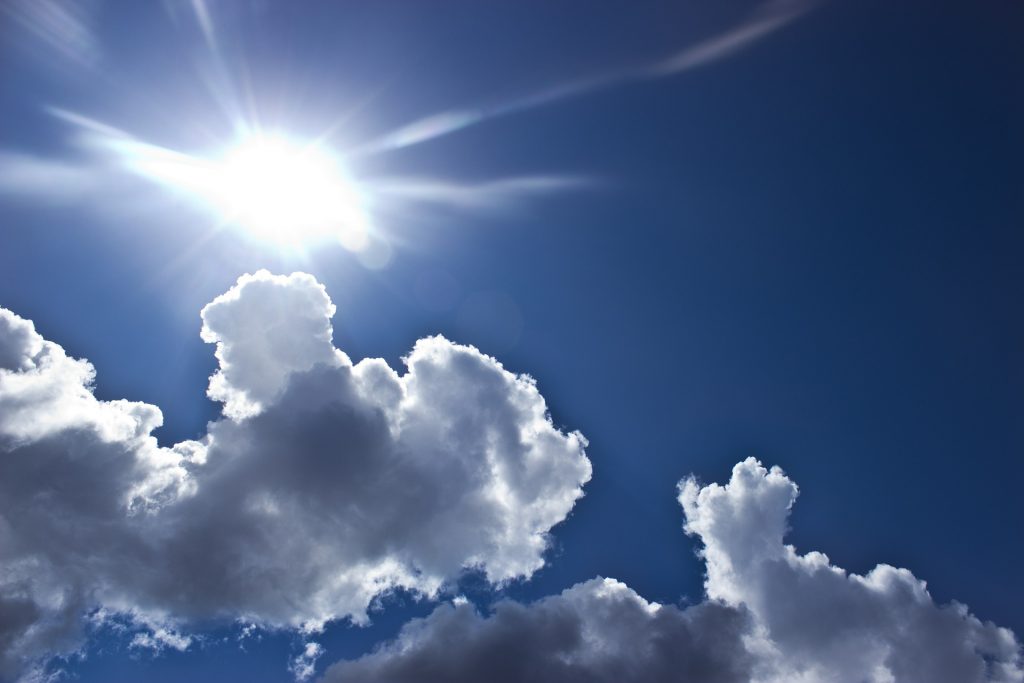 בדרך שאדם רוצה לילך בה מוליכים אותו. In the way that a person wants to go, that is the way that they guide him (Makkot 10b). The Maharsha explains the reason for using the word they, in the plural. Who are the “they”? The Maharsha explains that when a person has a desire, he creates angels. These angels direct the person in the way of his desires. That is the reason for the plural.

If you want to create a good angel, desire good. However, if you desire bad, you will create a bad angel. The things that happen to you in your life are the fruit of your innermost desires. The life you have is the direct result of the desires that you have. This power of desire is so strong that G-d changes His behavior, so as not to interfere with your desire, with your free will. Allow me to explain.

The nature of the world is that each day, there is a split second in which G-d gets angry. During all the days when Bilaam wanted to curse the Jews, he waited for that moment. But G-d did not get angry in those days (Berachot 7a). Why did G-d change His daily second of anger, just for Bila’am’s sake? Why didn’t G-d just tell Bilaam, “I do not allow you to go and curse the Jews”, instead of changing His Way? Because G-d does not interfere with your free will. G-d prefers to change Himself, just so that He does not “interfere with” your free will. G-d is willing to give you angels, to use at your disposal, if you really, really want good, or you really, really want bad. It’s your choice. It’s all up to you.

I can never forget one of my first coaching sessions. It was with a yeshiva boy who had some sort of social problem. I remember trying to get him to open up. I asked him, “Out of all the boys in yeshiva, with which three boys would you be most interested in improving your relationship?” He named three. And then, I said, “Out of the three, who would you want to speak to first?” He said the name. David. I told him to say three times, with all his heart and soul, that he wanted to speak to David. After he had said three times that he wanted to build a relationship with David, his phone suddenly rang. The caller ID said that it was David calling. The boy asked me if he should pick up the phone in middle of our session. I left the choice up to him. He answered the phone, and David asked if the boy was ready to join him for a walk, but only if he would be ready in the next 5 minutes. We were close to the yeshiva, so I encouraged it. The boy asked me, “Rabbi, are you a magician?” I told him that he had just tapped into his root of desire, and he had created some angels.

Napoleon Hill’s book, Think and Grow Rich, is probably the forerunner of all self-help books written in the last hundred years. He writes that after studying many successful people, he realized that the most prominent trait common to all of them was their tremendous desire to be successful. But why are there some people who have a burning desire, but still do not seem to have reached their goal?

There are at least two reasons for this. R Chaim Kanievsky, shlita, points out an interesting lesson. Rashi mentions the concept of free will, of בדרך שאדם רוצה לילך בה מוליכים אותו, regarding Bilaam, at a later stage in the story than the Talmud does. The Talmud learns it from passuk 22, 20, קום לך אתם, G-d told Bilaam that he could go with the messengers of Balak. But Rashi learns it from the passuk 22, 35 , לך עם האנשים, Go with the people (of Balak), the words of the angel Gavriel, after Bilaam was disgraced by his own donkey. The reason Rashi uses a later verse on which to base the concept of free will is because even when Heaven interferes and gives you signs that it does not want you to do something, it does not mean that Heaven will stop you. Even though Bilaam had an open miracle happen to him, rebuke from his donkey, still, G-d did not hinder his use of his free will. מאויבי תחכמני. We can learn the flip side from this as well, for people who chose to become great. Many times, people who give up on their desires for greatness do so because when the going gets rough, they understand it as a sign from heaven that they have to stop making an effort, or that their path is blocked. The successful people, on the other hand, follow through and become great, disregarding all “signs from Heaven”, or from the Yetzer Hara, and remain steadfast in their mission to attain greatness.

There is another reason why many people have not reached their desires.בדרך שאדם רוצה לילך בה מוליכים אותו, In the way that you want to go, in that way, they direct you. It bothered me, the extra word “בה”, in that way. Just skip the word, בה, in that way – it seems superfluous!

The word בה is teaching us that sometimes, the objects of our desires and the direction we choose are actually dictated by an ulterior motive – the goals are camouflage, hiding a deeper intent. But superficial goals, that conceal the really passionate desires of the heart, are not sufficiently strong to create angels. You get angels only when every bone in your body is super-focused on a genuine desire. Your need to be completely clear about what you want, and why you want it.אחת שאלתי מאת ה’ אותו אבקש שבתי בבית ה’ כל ימי חיי. There is one thing I ask from G-d, and that is what I request. To dwell in in G-d’s House all my life, etc… What is the difference between the שאלה and the בקשה, what was asked for, and what was requested? Why the doubletalk?

שאלה is what is asked for. But בקשה is the underlying request. Sometimes we ask for A, but really, we want B. B is what we really want, and we want A just in order to get to B. David Hamelech said, I am asking for the chance to be a Ben Torah, and that is all I want. To be a Ben Torah. No ulterior motives. Not to get a job as a Rabbi. Not to get a Shidduch. And not to become famous.

You can have messages from Heaven, but Heaven leaves the choice up to you. הכל צפוי והרשות נתונה (Avot 3 15). G-d gives you free choice. It is one of the fundamental principles of Creation that there is reward and punishment. So, He does everything, just so that you have your free will.

It seems that the only thing that is stopping us from becoming the great people we want to become is our inability to define or recognize our real heart’s desire, or our decision to give up. It we can just stop, think, and super-focus on our will to become great, nothing in the world can stop us!

← ALLOWING G-D TO DO HIS THINGRELIGION OR RELATIONSHIP? →