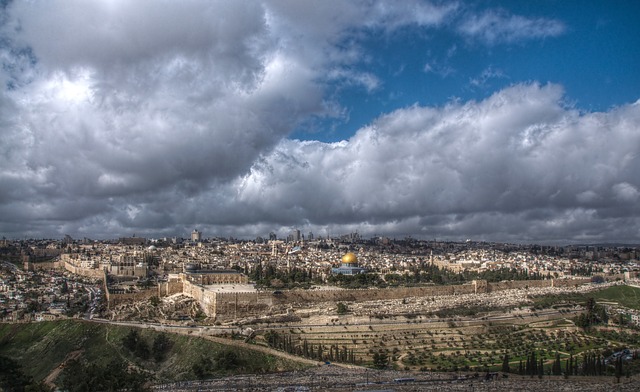 Many rabbis are of the opinion that Eliyahu Hanavi was originally Pinchas. The Baal Haturim points to the words in the beginning of this week’s Parasha, לָכֵ֖ן אֱמֹ֑ר הִנְנִ֨י נֹתֵ֥ן ל֛וֹ אֶת־בְּרִיתִ֖י שָׁלֽוֹם and makes note of the small letter Vav in the word שלום . The Vav is mentioned in a Midrash cited by Rashi in Parashat Behukotay, ה’ פעמים מצינו יעקב מלא וא”ו ואליהו חסר וא”ו, מפני שנטל יעקב משכון מאליהו שיבא ויבשר הגאולה לבניו. Yaakov is spelled five times in Tanach with a Vav. Eliyahu’s name is spelled five times without a Vav. Yaakov “took” the letter Vav from Eliyahu’s name as collateral, pledging that Eliyahu would announce the Final Redemption to his children. (26; 42)The Baal Haturim explains that the small letter Vav of שלום  hints at this ”Vav collateral”.

Someone once asked R’ Chaim Soleveitchik about a seeming contradiction. We know that Eliyhau Hanavi needs to come a day before Mashiach to announce tomorrow’s good news, because the passuk in Malachi says: הִנֵּ֤ה אָֽנֹכִי֙ שֹׁלֵ֣חַ לָכֶ֔ם אֵ֖ת אֵלִיָּ֣ה הַנָּבִ֑יא לִפְנֵ֗י בּ֚וֹא י֣וֹם ה’ הַגָּד֖וֹל וְהַנּוֹרָֽא I am sending you Eliyah the prophet before the Great and Awesome Day of G-d. (3:23) On the other hand, we find a contradictory belief. One of the Thirteen Principles of the Rambam, recited each day is, אני מאמין באמונה שלמה בביאת המשיח ואע”פ שיתמהמה עם כל זה אחכה לו בכל יום שיבא. It is not enough for a person to believe that Mashiach is going to come. The Principle is that Mashiach can come any day. So the question is, how can I believe that Mashiach can come today, if Eliyahu Hanavi did not come yesterday?!? The answer R’ Chaim gave is “תיקו”. The acronym used in the Talmud when the answer is unknown:  תשבי יתרץ קושיות ואבעיות Eliyahu (HaTishbi) will answer the questions and queries, when Mashiach comes.

There is a different answer though. הַקָּטֹן֙ יִֽהְיֶ֣ה לָאֶ֔לֶף וְהַצָּעִ֖יר לְג֣וֹי עָצ֑וּם אֲנִ֥י ה’ בְּעִתָּ֥הּ אֲחִישֶֽׁנָּה: The smallest will become a thousand times greater, and the youth will become a mighty nation; I am G-d. In its time, I will hasten it (Yeshaya 60; 22).  The Talmud teaches us that G-d will bring Mashiach in the appointed time, only if the Jews did not merit bringing Mashiach earlier. There is a deadline by which Mashiach has to come. And there is the possibility of bringing him through our merit, even before that deadline (Sanhedrin 98a). With this in mind, we can explain that Eliyahu will announce good tidings only the day before the deadline. But if Mashiach comes quickly, he won’t need to wait for Eliyahu’s announcement. פליתי סי’ ק”י בסוף קונטרס בית הספק)). This is what the song we sing on Saturday night after Havdallah says, במהרה יבא אלינו עם משיח בן דוד, that we want Eliyahu Hanavi to come quickly to us, together with Mashiach. Because when Mashiach comes quickly, Eliyahu Hanavi comes with Mashiach. Not before him. (See Rambam Melachim 12; 2)

This explains why Yaakov needed to take a collateral from Eliyahu, the letter Vav, to assure that Eliyahu would bring the good tidings of Mashiach. Eliyahu will come the day before Mashiach, only if Mashiach arrives at the deadline, without the Jews having deserved it. Yaakov was worried about Eliyahu’s zealousness: if Yaakov’s children would be undeserving, maybe Eliyah wouldn’t be interested in having Mashiach come to redeem them. This beautiful concept can be found in Mishneh Sachir, רבי יששכר שלמה ב”ר יצחק טייכטל, killed in Aushwitz, הי”ד)

We know that Eliyahu is Pinchas because they were both zealots. Pinchas was zealous in killing Zimri, and Eliyahu was a zealous prophet. When G-d came to visit Pinchas, he found him in a cave in the desert and asked him what he was doing there. And he said, I avenged Hashem, the G-d of Legions, for the Jews have left Your Brit (Milah), and they broke Your Altars, and they killed Your prophets with a sword, and I alone remain, and they want to take my life.(Melachim l, 19, 14). Because of these zealous statements, G-d told Eliyahu to give his title of prophet to his student, Elisha.  G-d did not approve of zealousness that complained that the Jewish people did not observe brit milah.  לעולם אתה מקנא?)) As rectification, Eliyahu has to come to every milah. )PDRE 29)

Because zealousness for G-d is only respected when it brings peace between G-d and His Children, not when it is just to point out transgressions. Pinchas held back My wrath from the Jewish people, when he acted out of his zealousness amongst them, and I did not destroy B’nei Yisrael in My zealousness. The reason why Pinchas was rewarded greatly was not for his being zealous, but for his saving the Jewish people. For bringing the Kapparah,  וַיְכַפֵּ֖ר עַל־בְּנֵ֥י יִשְׂרָאֵֽל, and saving their relationship with G-d. This is very different from the zealousness of Eliyahu, which did not bring any peace between G-d and His People. For this mistake, Eliyahu was asked to pass on the job of being Prophet. And Yaakov, the Father of the Tribes, was worried that Eliyahu might make a mistake about the Final Redemption. Although we may not be deserving of Mashiach at the End of Days, G-d may find a way for us, His children, to renew the depth and warmth of our relationship, even if we are not deserving of it.

A big mistake has crept into “the systems” we live in.  Many parents and teachers act according to the idea that we have to perform a “list” of 613 mitzvoth, and that they have to perceive the wrongdoings of their children or students as “transgressions”.  There is an attempt to push conformity – to encourage a kind of “clubhouse” Judaism.

But guiding children is a serious matter.  Torah is a guide for creating a relationship with G-d; it is not a soulless list of rules. If it bothers you that your child is transgressing one of the 613, but it does not bother you that there is a lack of warmth and love in the relationship between G-d and His Child, your efforts to make an improvement will not be effective. If Eliyahu’s comment did not bring peace between G-d and His Children, there was no point in making it. Putting your foot down, without the intention of improving the relationship, is unacceptable to G-d. If your zealousness for G-d is expressed by finding fault with His children, you are being an ineffective messenger. This is obvious from the allegories mentioned frequently throughout Nach. To G-d, religion and transgressing it is a relationship issue, not a list of rules that may or may not be kept.

If only we can relate to our religion as a relationship, not merely as guidelines and regulations, then we will enjoy our religion much, much more. Tefillin. Shabbat. Tzniut. Learning Torah.Watching out eyes. Raising our children. We can perceive these as to-dos and not to-dos.  Or we can perceive these as guidelines for our relationship. Then, our children will recognize the beauty of the religion, and appreciate it.