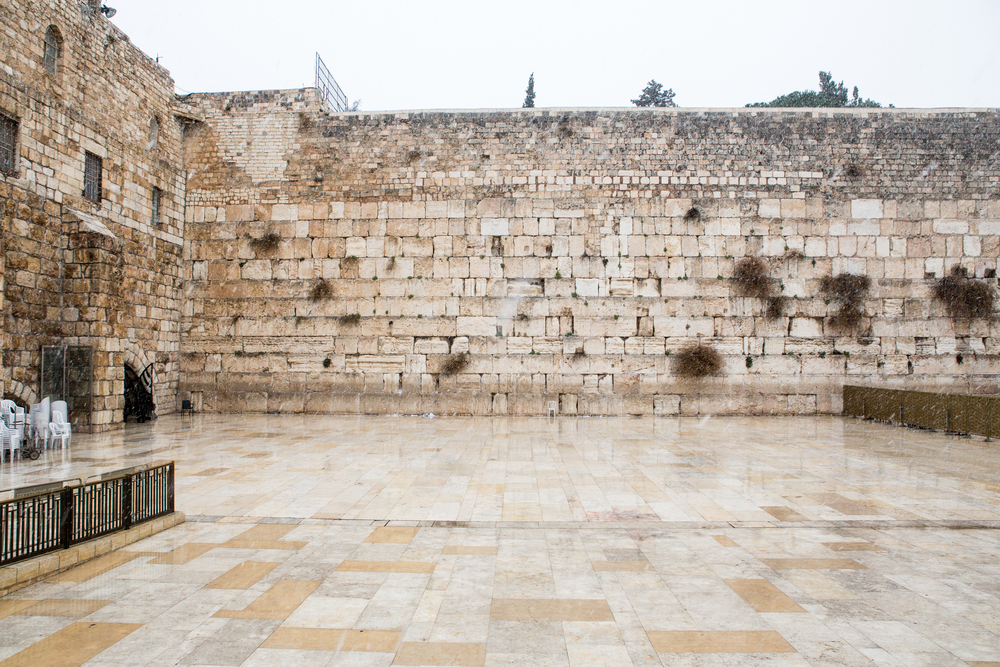 THE LONGEST RELATIONSHIP EVER

One of the many great things about being Sephardic and living in Israel is that in Israel we can eat Filet Mignon. The reason why Ashkenazim don’t eat it, and American butchers don’t carry it, is because the process of Nikur, of removing the sinew of the Gid Hanasheh, from the Filet Mingon cut of meat, is complicated. But Sephardim, in Israel, have a tradition, and the Machpud Kashrut and other Sephardic Kashruyot do Nikur, also on Filet Mignon.

What is so wrong about having Gid Hanasheh? Ya’akov’s battle with the angel of Esav, throughout that fateful night, and the injury that Esav’s angel inflicted upon Yaakov, in his thigh, in Gid Hanasheh, is the reason we don’t eat Gid Hanasheh. The Sefer Hachinuch writes that this is not just a story. It is one of the 365 negative commandments! The Sefer Hachinuch writes that the reason behind this prohibition, is to hint to the Jewish nation that even though we will suffer often and greatly in exile, from the gentiles and from Esav,… be sure that we won’t be annihilated nor will we lose our identity, completely, in Exile. That G-d will always be there for us and for our descendants, and will bring us the Redeemer. And when we remember this, our faith will strengthen, and we will be able to withstand the Exile! This is hinted to, from the very fact that the angel that fought Yaakov was the angel of Esav and wanted to get rid of the Jews in exile, in the “night”. But in the end, Yaakov won, and in the end, we, his descendants, will come out on top. In the end, the sun rose for Yaakov to cure him, as this is symbolic of the rise of Mashiach who will cure us of our pain and suffering and redeem us, speedily, in our days.

The day of Tisha B’Av is called a Moed   קָרָ֥א עָלַ֛י מוֹעֵ֖ד , a holiday, an anniversary, and therefore we don’t say Tahanun on it. Pesach, Shavuot and Succot are anniversaries of love and connection. Tisha B’Av, in stark contrast, is the anniversary of distancing ourselves from Him, of not trusting Him, and of His reciprocating. We said, on that fateful night, the first Tisha B’av, the night of the Spies, the worst thing we could ever have said about G-d –  that we won’t be able to capture the land of Israel, because the Canaanites are stronger than our G-d כִּֽי־חָזָ֥ק ה֖וּא מִמֶּֽנּוּ . How silly of us! Didn’t David, a young boy, take down the mighty Goliath, with just a sling shot!? Didn’t Yehoshua take down the walls of Yericho with some Shofarim and Hakafot?!  This marked the beginning of our lack of trust in Him. Still today, we are sinning that sin, telling G-d how great our problems are and not telling our problems how great G-d is.

The reason why this sad day is, ironically, a day of celebration, a Moed, is because the first step out of a mess is to realize that you are in one.  The biggest problem is when you do not even realize that you have a problem. The worst relationships are the ones when there is no relationship, and you think there is one. Realizing our distance is the first step toward reconnecting with Him, and it is the pre-game to Elul, Rosh Hashana, Yom Kippur, Sukkot and Shemini Asseret; hence, the name of the month אב  ,which stands for אלול בא. And G-d swears to us, with the law of Gid Hanasheh, that we won’t ever disconnect forever, that we will end up coming back, that the sun will shine again.

Somebody asked me, if the purpose of the world according to Judaism is for Torah study, and for Olam Haba, (ברוך אלוקינו שבראנו לכבודו והבדילנו מן התועים וחיים עולם נטע בתוכנו )  why did G-d create all the gentiles? Also, why didn’t G-d give the Torah on the first day of creation, to all humanity?

The answer seems to be that part of the Torah is to be והבדילנו מן התועים , and He separated us from those who are living mistaken lives. Part of the Torah, from the very beginning, is the Jew going through exile, וְהָאָ֗רֶץ הָיְתָ֥ה תֹ֙הוּ֙ וָבֹ֔הוּ וְחֹ֖שֶׁךְ עַל־פְּנֵי֣ תְה֑וֹם וְר֣וּחַ אֱלֹק֔ים מְרַחֶ֖פֶת עַל־פְּנֵ֥י הַמָּֽיִם  The very second passuk of the Torah  hints to the four exiles and the coming of Mashiach, right here in the blueprint of Creation. Exile is part of the original plan, and we say Shira on it,מִֽי־כָמֹ֤כָה בָּֽאֵלִם֙ יְקֹוָ֔ק Who is likened to You among the gods,…  our Rabbis say, to twist that. מי כמוכה באלמים, Who is likened to You amongst the mutes?! Part of the greatness of G-d, is that He sees the nations mistreating His children, and He keeps silent. (Gittin 56b) When we pray three times a day and tell G-d that He is הגדול הגבור והנורא the Great, the Mighty, and the Awesome, we are referring to His ability to allow His children go through exile, to learn how to yearn, as He watches over us, as He keeps an account with the gentiles, all so quietly! (Yoma 69b) This whole in-and-out of Exile thing is the theme of G-d’s favorite song, The Song of Songs! It is all about the Shalom Bayit between G-d and His People!

The reason why the Arizal says not to eat meat on Rosh Hodesh Av, itself, is because Rosh Hodesh Av is the Yahrzeit of Aharon Hakohen, the only yahrzeit mentioned in the Torah. (Bamidbar 33;38) Aharon was known as the Lover of Peace. The blessing of the Kohen was of peace, and for Pinhas to become a Kohen, he needed to be blessed with the covenant of peace. The Shelamim sacrifice, would bring peace between man and his Creator. The Beit Hamikdash had many names, amongst them, Har HaLevanon, the mountain that would whiten the “stains”. The Beit Hamikdash was a place for peace, between Man and G-d, this world and the next, man and his friend, man and himself, a place where worlds meet, a בית עולמים, another name of the Temple. For peace, we need to clean the stains on these relationships. The Beit Hamikdash, Yerushalayim, was a place where a person would find שלוה serenity, an inner peace. שַׁ֭אֲלוּ שְׁל֣וֹם יְרוּשָׁלִָ֑ם יִ֝שְׁלָ֗יוּ אֹהֲבָֽיִךְ: Those who seek the peace of Jerusalem will find serenity, those who love it. Jerusalem had the power in it, that its visitors would clarify their life purpose and identity, something that will clarify any crisis, and bring one to an inner peace. Every crisis in life, is an identity crisis, in disguise. The loss of the Temple, is the loss of serenity.

In Parashat Masei it is written וְהָי֧וּ הֶֽעָרִ֛ים לָהֶ֖ם לָשָׁ֑בֶת וּמִגְרְשֵׁיהֶ֗ם יִהְי֤וּ לִבְהֶמְתָּם֙ וְלִרְכֻשָׁ֕ם וּלְכֹ֖ל חַיָּתָֽם These cities shall be theirs (the Levites) for dwelling, and their open spaces shall be for their cattle, their property, and for all their needs. What does the word וּלְכֹ֖ל חַיָּתָֽם, their needs, come to include? The Talmud tells us that this includes, leaving place for the Leviim to do their laundry! (Nedarim 81a) Laundry is a human need, a person’s חיות , liveliness, is dependent on it. Why? The Talmud tells us that when a person doesn’t clean their clothes, he has no inner peace, as confusion, ערבוביא, enters into the head.

This can explain why we are not to clean clothes during this period of time, even by a gentile laundromat. To remind us that we can’t clean our stains, without the Bet Hamikdash. To help us realize, that we have stains that need to be cleaned, in order for our relationships to be the way they are supposed to be.

These are the days where, on the one hand, there is a great distance between the Jewish Nation and G-d, but on the other hand, He is waiting for us to reach out to Him, more than ever. כָּל־רֹדְפֶ֥יהָ הִשִּׂיג֖וּהָ בֵּ֥ין הַמְּצָרִֽים  All those who pursue G-d, רודפי ה’ , reach Him in the Three weeks, in Bein Hametzarim. As the Maharsha parallels the power of the 21 days of the Three Weeks to the 21 days between Rosh Hashana and Shemini Atzeret. (Bechorot 8b) Through recognizing how far we are from Him, how all of our suffering is because of our distancing ourselves from our Av, our Father, and through yearning to become better. We need to come back to Him, to trust in Him, to make “Shalom Bayit” and desire with our whole heart, that He rebuild the Bet Hamikdash.

← THE ART OF PRESERVING JEWISH IDENTITYTHE ART OF CRYING →