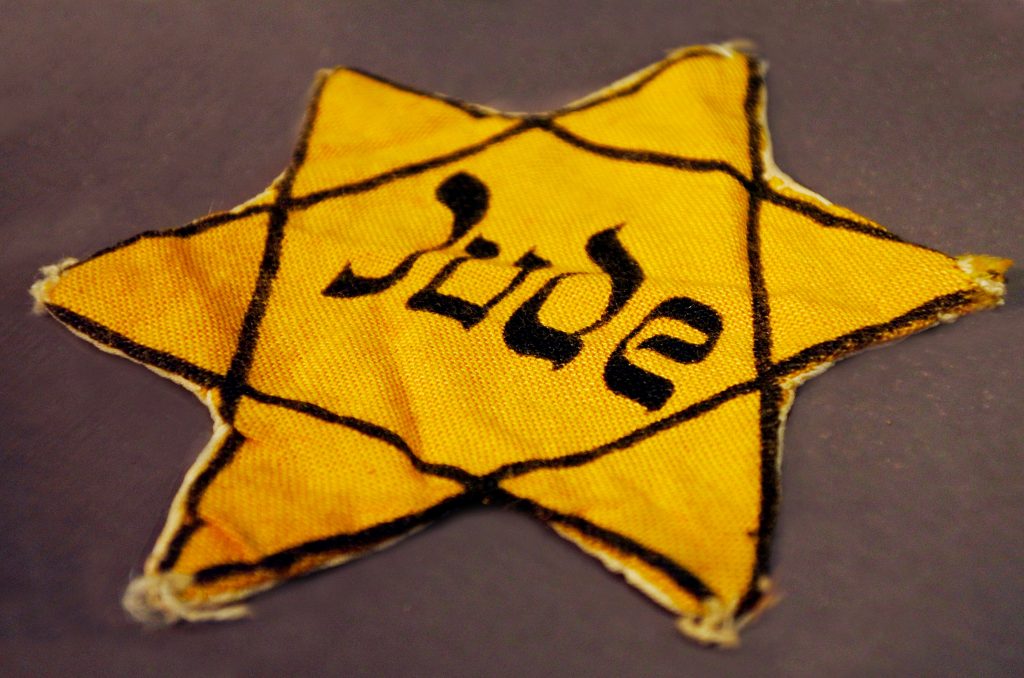 THE ART OF PRESERVING JEWISH IDENTITY

The greatest cause of Jewish destruction is never explosion. It is implosion. Explosion is when something from outside destructs what is inside. Implosion is to self-destruct. You might even not realize it, but the foundations of what you stand on may be the most important thing to focus on, much more than external threats.

This was the secret advice, plot, of Bilaam, הרשע, possibly the most wicked man ever, to walk the face of the earth. כָּל־כְּלִ֞י יוּצַ֤ר עָלַ֙יִךְ֙ לֹ֣א יִצְלָ֔ח וְכָל־לָשׁ֛וֹן תָּקוּם־אִתָּ֥ךְ לַמִּשְׁפָּ֖ט תַּרְשִׁ֑יעִי זֹ֡את נַחֲלַת֩ עַבְדֵ֨י יְקֹוָ֧ק וְצִדְקָתָ֛ם מֵאִתִּ֖י נְאֻם־יְקֹוָֽק: The words we say at the highest moments of the High Holidays demonstrate how the Jews are not open to destruction from outside forces and persecutions: No weapon that is formed against you, will succeed, and any tongue that rises against you in judgment, you will condemn. This is the inherited portion of the servants of G-d, and their righteousness will be from Me, says YKVK. (Yeshayahu 54;17) Bilaam knew that that the Jews could pay a “discounted price” for any sin they would commit. They would be able to cry, pray, find some justification, repent, give charity, etc. Bilaam knew that the best way to get the Jews punished was not to curse them, but for them to bring upon themselves destruction, and not even with sin, for which they could repent, but by losing their Jewish identity. That is why Bilaam suggested that the Jews be seduced to sin with gentile women, something that is not even punishable in Jewish courts, according to the Torah! But it is much worse than sin: it is giving up the Jew in you, in such a way that even Avraham Avinu who sits on the gates of Gehinom to save all Jews from entering will not recognize you! (Eiruvin 19a) The biggest shield we have, as a nation, is מגן אברהם, being shielded by our Jewish identity, inheriting our identity, being part of the Jewish Nation, keeping our marital relations to our own nation. A person who sins, even the worst sins, still remains a Jew. Even if he has a child from an extramarital affair, and the child will be a Mamzer, he is still a Jewish Mamzer. אף על פי שחטא, ישראל הוא. (Sanhedrin 44a) But when a Jewish man sleeps with a gentile woman, the child is a non-Jew! This Jew caused by this relationship, that a part of him became, non-Jewish!
וָאֶעֱבֹ֤ר עָלַ֙יִךְ֙ וָֽאֶרְאֵ֔ךְ מִתְבּוֹסֶ֖סֶת בְּדָמָ֑יִךְ וָאֹ֤מַר לָךְ֙ בְּדָמַ֣יִךְ חֲיִ֔י וָאֹ֥מַר לָ֖ךְ בְּדָמַ֥יִךְ חֲיִֽי׃ (Yehezkel 16;6). All we had to be redeemed from Egypt were two Mitzvoth, Pesach and Milah. But the passuk tells us what really got us out of the Egyptian mess was – גַּ֥ן׀ נָע֖וּל אֲחֹתִ֣י כַלָּ֑ה גַּ֥ל נָע֖וּל מַעְיָ֥ן חָתֽוּם: The Midrashim tell us that it was the “locked gardens”. That the Jews did not assimilate: we did not change the way we dressed, we did not use Egyptian names to call our children, we did not change the way we spoke, without gossip: in short, we maintained our identity. (Shir Hashirim 4;12, see Shir H. Rabba) What got the Jews out of Egypt was not the Mitzvoth they did, but the identity they kept.

There is no commandment not to dress like Gucci, Armani, Louis Vuitton, or Ferragamo. But, do you look like a Jew? It doesn’t say anywhere in the Torah not to call your son the name of a gentile. But we bless the child at his Brit, with a play on words,כשם שנכנס לברית כך יזכה לתורה ולחופה ולמעשים טובים, With the same name that he was called at his Brit, he should merit to go to yeshiva, to marry, and to build his own eternity. Mordechai, not Max. Yosef, not Joe. Shmuel, not Sam. There is no place in the Torah that it says that you can’t speak English, Spanish or French. But, is your speech refined in a way, do you communicate in a way, different than from the average American, Mexican, or Frenchie?
The foundation of Judaism, our Orthodox identity, can sometimes carry more weight than the Shulchan Aruch, itself! And identifying with your Judaism is not enforced by the Jewish courts, because your decision as to your identity needs to come from a place of choice, not a place of obligation. Just as a woman needs to accept marriage וְאֵרַשְׂתִּ֥יךְ לִ֖י לְעוֹלָ֑ם , And I have betrothed you to Me forever. (Hoshea 2,21) Although marital relations with a gentile is not necessarily a punishable sin, it is, in fact, worse than the worse sin! You are giving up your Jewishness! In the times of Bilaam, when there was mass assimilation, we lost 24,000 Jews, much worse than the worst sin, the sin of the Golden Calf, where we lost 3,000!!

The Holocaust started, specifically, from when and where intermarriage was at its worst. Studies from ten years ago showed the following frightening rates of assimilation, where assimilation jumped 200% in just 30 years, until 2010: United States 58% of all Jews, and 71% of non-orthodox Jews (Pew 2013). Australia, Canada and Turkey fluctuate between 25%-30%. A rate of 35%-45% in France, Britain and most of Latin America. Eastern Europe and the former Soviet Union, 65 percent. Russia, with the highest rate of 75%. Mexico, with the lowest, with 15%. The reason why Avraham Avinu will not save the assimilated Jew from Gehinom, is because part of being a Jew, is being different in Exile, and part of the covenant between Avraham and G-d is that Avraham’s descendants will go through four exiles. When one assimilates, it means he is not willing to be in Exile, to be different, and that means, he is not willing to be Avraham’s descendants. A Jew who has marital relations is cut off from the Tent of Yaakov. (Malachi 2;12) The Jewish identity is lost. Ultimately, Avraham will not save him from Gehinom. (Meshech Hochma Ber. 15;17)

The last prophecies we received, in the pessukim at the end of Malachi (a.k.a Ezra HaSofer), G-d warned us one last time before He finished communicating with us through prophecy: To marry only within our nation, to keep our Jewish identity. (See Malachi 2;10- 3;1) These are the last pessukim before the prophecies of the coming of Mashiach, and how the last words of Malachi’s prophecy end. הִנֵּ֤ה אָֽנֹכִי֙ שֹׁלֵ֣חַ לָכֶ֔ם אֵ֖ת אֵלִיָּ֣ה הַנָּבִ֑יא לִפְנֵ֗י בּ֚וֹא י֣וֹם יְקֹוָ֔ק הַגָּד֖וֹל וְהַנּוֹרָֽא: We can deduce that before Eliyahu Hanavi is sent to announce that Mashiach will come tomorrow, the Jewish Nation will be at the peak of its struggle with intermarriage.

Eliyahu Hanavi, a.k.a. Pinhas, merited not only to have a covenant of peace, of priesthood, of eternal life, but also, that forever, he would bring atonement to our nation. As the Midrash deduces, the passuk does not say לכפר על בני ישראל , but וַיְכַפֵּ֖ר עַל־בְּנֵ֥י יִשְׂרָאֵֽל, that he will bring atonement to the Jews, until the days of the resurrection of the dead. (Sifri, Pesikta) How?

Every bris you attend, Eliyahu is there too. You stand close up to his chair, and you are forgiven for all your sins. (Bnei Yissaschar brings Midrash) R’ Chaim Kanievsky says there is no such Midrash. (Derech Sicha) But all agree that one who attends the Seuda is saved from Gehinom. (Tosefot Pesachim 114a). There are certain things that make it possible for a person to be saved from Gehinom, or that make it possible for a person to have forgiveness for all his sins: when a man gets married, he is forgiven for all sins (Yerushalmi Bikurim 3;3); when one keeps Shabbat (Shabbat 118b). When a person is careful in annunciating the words of Kriat Shema, separating between words like בְּכָל־לְבָבְךָ֥, and עֵ֥שֶׂב בְּשָׂדְךָ֖, he is promised that Gehimon will be cooled down for him. (Berachot 15b)

It is not clear, though, if the person gets forgiveness, without actually repenting. After all, even on Yom Kippur, according to the Rabbis who dispute with R’ Yehuda one needs to repent, in order for the Day of Forgiveness to do its thing. (Shavuot 13a) What is the power, then, of keeping Shabbat, brit Milah, getting married to a woman from a good lineage, or keeping Yom Kippur, according to R’ Yehuda, that even without repentance, that your sin is forgiven?

The answer is having the foundation, having a Jewish identity. Shabbat is what makes us Jewish: we received it, in Egypt, as we were formed into a nation. Brit Milah is the covenant, stamping Judaism into our bodies. Marrying the woman that you are allowed to, etc. Yom Kippur, Kol Nidrei, which is the most attended prayer in synagogue. The foundation, the identity, is what can save us from harsh judgement, and bring our redemption, more than anything else. Pinhas merited being the forefather of the Kohanim Gedolim, and the one who brings about atonement for the Jewish nation, all in the merit, of keeping Jewish identity strong.

Similar to the only two mitzvoth we had that got us out of Egypt, the two mitzvoth that are kept most by most Jews, are Brit Milah and the Seder night. This is why, Eliyahu Hanavi comes, not only to every Brit Milah, but he comes to every Seder Table on Passover night to drink the fifth cup of wine, which represents the fifth term of Redemption, וְהֵבֵאתִ֤י אֶתְכֶם֙ אֶל־הָאָ֔רֶץ and I will bring you to the Promised Land.

Selfie steps to keep Jewish identity strong:
1. Stronger communities and social groups. Chabruta systems. A personal connection with a Rabbi. Keeping the norms and the customs of our communities, even if we do not understand some of the behaviors and customs. Introducing Judaism to our youth as something they can easily relate to.
2. Be ready to pay for being different, and help our Jewish School systems! Public schools were invented by Horace Mann, in the 1830’s, to make all people equal and the same. Mann’s passion for education stemmed from his belief that education was the key to bridging social gaps, and creating a more equal society. For us, as Jews, that is a recipe for assimilation and disaster.
3. Eventually, if the Jews ever get too secure, too accepted, too assimilated, as they dive into the America melting pot, as they achieve the American Dream, as they become more successful than ever before… G-d will separate us, even if He has to use the hard way. If we make Kiddush with the gentile, G-d will make the Havdallah….

← THE ART OF BEING PROMOTEDTHE LONGEST RELATIONSHIP EVER →