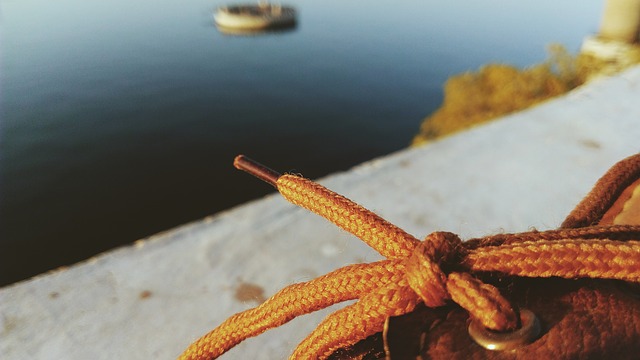 I remember 10 years ago, praying at the Wall, experiencing praying for the first time. There was a baal teshuva teenager, an extremely handsome American 17 year-old boy, standing there praying Amidah at 11:30 pm. As if he had all the time in the world, not keeping to any rules, because he did not know them… With an English Siddur, he was talking to G-d, out loud, with passion – as one who speaks to G-d for the first time. Blessed are You Hashem, our G-d and the G-d of our Fathers, the G-d of Abraham, the G-d of Isaac and the G-d of Jacob. The G-d, who is great, Almighty, and awesome…

After he finished, I approached him to tell him how deeply he had inspired me. He had no idea what I was talking about. He was just praying to G-d. He knew no other way. It was his first time, and it was so sweet. So holy. So precious.

Fortunes are invested for the sole purpose of making advertisements stick in our memories. I can never forget the advertisement for a new flavor of Nestea: “”מתי בפעם אחרונה עשית משהו בפעם הראשונה?   ̶   “When was the last time you tried something for the first time?” What is stopping us from praying like Avraham Avinu, from praying a “first-time” prayer? Is there a way that we can taste the taste of a first time, every time? What holds us back from being able to taste the first time?

The problem seems to be that we have gotten so used to knowing that G-d is always there for us, waiting for us to daven to Him. He gives us so much space, so much leeway; it brings about a certain haughtiness. The only way to be able to taste the first time in prayer is through humility. We actually remind ourselves, before each prayer, to be humble when talking to G-d. We even pray to G-d for permission to pray. For permission to move our lips. שְׂפָתַ֣י תִּפְתָּ֑ח וּ֝פִ֗י יַגִּ֥יד תְּהִלָּתֶֽךָ אֲ֭דֹנָי  My Master, open my lips, and my mouth will say your prayers. Without G-d, I cannot even open my lips. Because the key to tasting the first time is humility.

Avraham Avinu not only prayed to G-d for the first time. Every time he prayed, he prayed for the first time. He felt that everything that happened to him was something he was not worthy of, but that G-d had bestowed upon him, in His kindness. Every time he got out of trouble, Avraham Avinu called out, והוא אלי וחי גואלי וצור חבלי ביום צרה  ̶  And He is my G-d, my living Redeemer and Rock to save me from my pain in time of distress. Every time he went to sleep, every time he woke up, he said, בידו אפקיד רוחי בעת אישן ואעירה  ̶  Into His hand I shall entrust my soul, when I go to sleep, and He restores it when I awake. Whenever he was afraid, he said, ועם רוחי גויתי אדני לי ולא אירא  ̶  And with my soul, my body. Hashem is with me, and I will not fear.  This is why we say Adon Olam – the prayer that was inaugurated by Avraham Avinu – in the siddurim before Shacharit. Because Adon Olam was the poem that Avraham Avinu lived by.

To live like this, to be like this, Avraham Avinu was willing to give up a lot. He was offered millions, but he turned them down, because he did not want the giver ever to think or say, “I made Avraham rich.” אִם־מִחוּט֙ וְעַ֣ד שְׂרֽוֹךְ־נַ֔עַל וְאִם־אֶקַּ֖ח מִכָּל־אֲשֶׁר־לָ֑ךְ וְלֹ֣א תֹאמַ֔ר אֲנִ֖י הֶעֱשַׁ֥רְתִּי אֶת־אַבְרָֽם: After Avraham won the world war, all of Sodom, its people and booty were returned. So, the King of Sodom came to Avraham and said, “Give me the people, and take the booty for yourself.” Avraham then vowed to G-d that he would refrain from taking the booty: …from a thread, to a shoelace, and will I take nothing that is yours, lest you say, I made Avraham rich (Bereshit 14; 24).

Ever wonder why we wear tallit and tefillin only at Shacharit, and not for Mincha? According to the Meshech Chochma, this is learnt from the words of the Talmud on the above passuk. The Talmud teaches that in the merit of the word “thread,” Avraham’s children merited the thread of t’chelet, the blue-dyed string of tzitzit. And in the merit of the word “shoelace,” we merited the mitzvah of tefillin (Hullin 88b). Shacharit, which Avraham inaugurated, needs tallit and tefillin. This is the reason we tie our left shoe first – because the Torah gives respect to the left hand in tefillin, something we merited because of Avraham’s refusal to accept even a shoelace (R’ Akiva Eiger).

But what was so powerful in these words that we merited tallit and tefillin? And in what way could the King of Sodom’s shoelace possibly make Avraham rich?

There is something on the clothing that you wear, and – most probably – you don’t know its name: A flugelbinder, or an aglet. An aglet is a small sheath, often made of plastic or metal, used on each end of a shoelace. An aglet keeps the fibers of the lace or cord from unraveling. Probably, the most important article of your clothing is your flugelbinder. Why? Because if your flugelbinder falls off, then your shoelaces unravel. And if your shoelaces unravel, you can’t tie your shoes properly. And if you can’t tie your shoes, you are in big trouble, because your shoes are more important than your home. לעולם ימכור אדם קורות ביתו ויקח מנעלים לרגליו   ̶  Better sell the pillars of your house than walk barefoot. (Shabbat 129a)

The morning blessing, שעשה לי כל צרכי, “…that He prepared for me all of my needs,” was meant to be recited on the gift of shoes (Berachot 60b). On Tisha B’Av and Yom Kippur, when we do not wear leather shoes, we are to skip this blessing. What? Why are shoes considered all that I need?

The Aboudraham writes that the reason we make this blessing is because as long as a person is barefoot, he cannot go out and make a living. Once he has shoes, he can get things done. This reminds me of the time one of my children threatened me that he wanted to leave home and never come back. I said, “No problem. But the only thing is, you cannot take your shoes with you. I paid for the shoes, and if you take them, you are stealing my shoes.” The child left the shoes at the door, but could not get too far from my house. I was able to settle things with this child, because the child realized how dependent a child is on his parents. Even for just being able to cross the street with shoes. We need G-d to let us have shoes, and without them, we cannot even cross the street! How humbling!

The King of Sodom was so haughty that if he had given Avraham even a shoe lace, and if it had even any farfetched ramifications of helping Avraham become rich and famous, he would have believed Avraham’s success was to his credit. This is why, specifically from the King of Sodom, who had just been saved by Avraham, Avraham did not want to take anything. But from Avimelech or Pharaoh, Avraham was willing to accept a lot of presents. What is the difference? Because when Avimelech gave and when Pharaoh gave, they gave out of humility, after having being plagued by G-d. But the King of Sodom gave out of haughtiness, so Avraham would not take even a shoelace!

If you ever did someone a favor, remember that it is not you who really helped him. The Chafetz Chaim  in Ahavat Chessed (chapter 2) teaches that when you do someone a chessed, all of the outcome, for all generations, that is a result of that chessed is accredited to you. Still, it is not because of you that things worked out. Good intentions go far, but all they can ever be is good intentions. Without G-d, without His shoelaces, without His flugelbinders, we can’t even cross the street!

How many times do we feel that our strength, wit, potential, family importance, looks, etc., etc., even something as miniscule as a shoelace, is what makes us successful? If we ever feel like we are praying a stale prayer, this is the reason why…