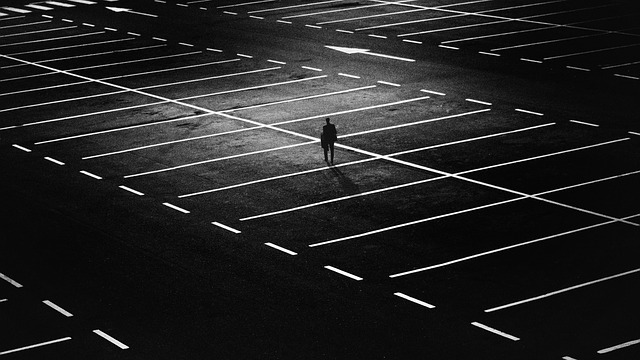 THE METHOD TO GREATNESS

The most confusing thing about humility is the misconception that humility means to be submissive, passive, shattered emotionally, bashful…But it’s the exact opposite! The Jews who made the most notable changes to our nation were those who were most noted for their humility.  Avraham Avinu. Moshe Rabenu. David Hamelech.

In this week’s parasha, Avraham said about himself,  ̶  וְאָנֹכִ֖י עָפָ֥ר וָאֵֽפֶר And I am like dirt and ashes (Bereshit 18; 27).  What?!? The Father of Nations?  The man who won the first world war, solo? He is nothing? The man who was thrown into the furnace of Ur Kasdim and came out alive! He is nothing??  Also, truly humble people don’t call themselves humble, if only because they’re too humble to ever say it. What did Avraham mean, then, when he said, “I am like dust and ashes”?

Avraham told G-d, “I owe You everything!!! If not for you, G-d, I would have been burnt to ashes in Nimrod’s furnace. And without You, G-d, I would have died at war in the hands of King Amrafel and deteriorated into the dust of the desert” )Yalkut Shimoni).  These words are the key to Avraham’s humility, and the key for us to access humility. Avraham wasn’t saying, “I am nothing.” That is false. He was saying, “I am nothing without You.”

This reminds me of a joke my Rabbi told me a few times.

This is an awesome thing to meditate on.  Think of all the great things that you have done, all the strengths that you have, all that you own. And then think how the worst things could have happened to you and all that you call yours, and how everything, somehow, is fine.  Then, you will be humble (See Orchot Tzaddikim).

The next humble person was Moshe Rabbeinu. At the height of his “career” in Parashat Beshalach, after he took the Jews out of Egypt, split the sea, and brought the mannah, Moshe said, וְנַ֣חְנוּ מָ֔ה,  ̶   and we are nothing (16;7). But that was after a lot of working on himself to achieve humility.

When Moshe wanted to become great, like his great grandfather Avraham, he knew that the only way was to first become small. But G-d told Moshe that he was far from reaching Avraham’s humility.  For when I asked Avraham to bring up his son on the altar, he said the word, הנני. Here I am. I am ready to do anything you ask of me, even if I will never understand Your reasons (See Midrash Sechel Tov, Vayera 22:1).

Avraham was the king of humility, for he was the most ready to do whatever G-d hinted that He wanted. וַיְהִ֗י אַחַר֙ הַדְּבָרִ֣ים הָאֵ֔לֶּה וְהָ֣אֱלֹהִ֔ים נִסָּ֖ה אֶת־אַבְרָהָ֑ם וַיֹּ֣אמֶר אֵלָ֔יו אַבְרָהָ֖ם וַיֹּ֥אמֶר הִנֵּֽנִי  ̶  And it was after these things, and G-d tested Avraham and He said, Avraham. And he said, Here I am (Bereshit 22;1). After what things? After the Ministering Angels said in front of G-d, “Master of the world, this Elder, you granted him a child at the age of 100, and from all of the feasts that he made, he did not bring before You even one turtledove sacrifice?” G-d answered them, “All that he has done, didn’t he do everything for his son? If I would ask him to offer his son as a sacrifice, he would do it immediately!” (Pesikta). R Yisrael Salanter asked: What exactly was the big test of the Akeidat Yitzhak? If G-d told Avraham to do something, Avraham had better do it, or else G-d, the Big Boss, could take Yitzhak and Avraham if He wanted to!? What was Avraham’s alternative?

The test was to see how ready Avraham was to do the will of G-d. So, G-d did not tell Avraham to slaughter Yitzhak; He asked Avraham only to bring Yitzhak up to the Altar. The test was to see if Avraham was really ready to do G-d’s will, on his own, even if that means being ready to slaughter, if that is what G-d maybe meant. This is why the Torah emphasizes, וַיִּשְׁלַ֤ח אַבְרָהָם֙ אֶת־יָד֔וֹ וַיִּקַּ֖ח אֶת־הַֽמַּאֲכֶ֑לֶת לִשְׁחֹ֖ט אֶת־בְּנֽוֹ  ̶  And Avraham sent his hand, and he took the knife to slaughter his son. Of course he sent his hand! How else could he slaughter his son? When G-d told Avraham that he passed the test, He said,אַל־תִּשְׁלַ֤ח יָֽדְךָ֙ אֶל־הַנַּ֔עַר  ̶  Do not send your hand to the lad... Why? Because the whole test was to see how ready Avraham was to do G-d’s will. The sign of your humility, the gauge of your humility, is not what you say. It is not even what you do. It is how ready you are to give back because of a recognition of how much you owe. The magic is in the word הנני. Here I am, G-d. I am all Yours.

We all want a better relationship with G-d. And we all want to make our homes into a better place, a place that G-d calls home. But the only way G-d will enter our homes, the only way G-d feels comfortable in our homes, is if we are humble. As we see in the words,  וַיֵּרָ֤א אֵלָיו֙ יְקֹוָ֔ק בְּאֵלֹנֵ֖י מַמְרֵ֑א  ̶   And G-d appeared to him (to Avraham) in the planes of Mamre. The commentators ask: Why didn’t the Torah just say that G-d appeared to Avraham?  Why say, to “him”? The Kli Yakar answers that Avraham received this amazing prophecy in the merit of his being humble, and not taking credit for his greatness.

The humility in these men brought about such a change in humanity, and caused such great ripple effects. How so?  It has been said, that every action that is real and holy causes a chain reaction (Shlomo Carlebach). To be a leader, to cause a ripple effect, you need to be real. The only way to be real is to be humble. Because the real you is the humble you. Why?

To be humble is to accept being human, and to accept that we are powerless in so many areas. We make mistakes. We are dependent. And all we have is solely what G-d has given us. And all that we do not have is all that G-d has decided is not good for us to have.  Being human is accepting that there are so many things that we just don’t know the answers to. Haughtiness is like a mask that conceals one’s being “human” and real, and being human is something that the haughty one can’t accept. This mask of haughtiness fits so well that the haughty one forgets how beautiful being human actually is.

This being said, we can better appreciate the words of the Orchot Tzaddikim. Most problems in life are solved with humility. The greatness of a mitzvah is as great as the humility of the one performing it. Just as a small mitzvah done with humility is worth a thousand times more than a mitzvah done with haughtiness, a mitzvah done with haughtiness is despicable to G-d; it is an abomination in His eyes and He doesn’t want it. G-d rips up the prayers of those who are haughty.  The humble one gets all the good in life, for grace is G-d’s present to the humble. Once one has humility, G-d answers his prayers immediately. G-d has such pleasure and happiness when the humble person does a mitzvah; this is what G-d desires…