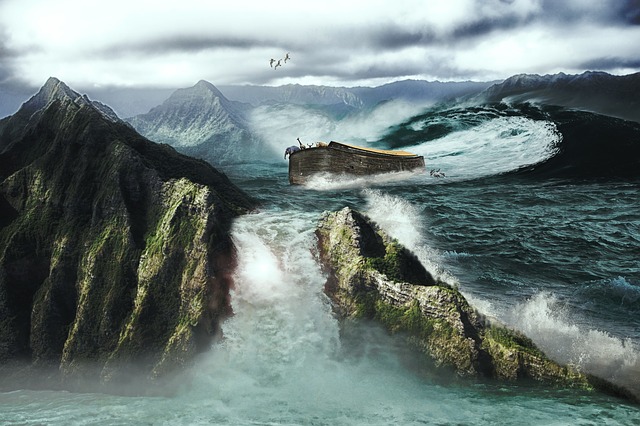 But Mr. Ifonly is more advanced today. He has Whatsapp. He has an electric car.  And he cries to a different tune. If only I had more in life, I would be happier, better, or even… holier.

How many of us feel that if only we were got better grades growing up, if only we were natural valedictorians, we would be ahead of life. But after her 14 year study of achievement and life choices of valedictorians, Karen Arnold wrote in her book, Lives of Promise: What Becomes Of High School Valedictorians, the following conclusion: Even though most of the valedictorians are strong occupational achievers- accountants, physicians, lawyers, engineers, physical therapists, nurses and teachers – the great majority of former high school toppers do not appear headed for the very top of adult achievement arenas. They typically settle into the system, instead of shaking it up. It seems that those who actually made it, have been successful without the valedictorian IQ.

How many of us feel that we need money to make money. It is so interesting that in the Syrian community where I came from, the people that I know who had become wealthy started from below zero! Those who become great did so without resources, some even without an American education. They own one of the most important elements to become successful. The trait of resourcefulness. And resourcefulness comes from accepting, humbly, that from what you have, from where you are, is where G-d wants you to win the game.  So why is the Mr. Ifonly of 2018 so stuck in life? Because he believes that if he only had more, the resources that G-d decided not to give him, life would be better…

Mr. Ifonly cannot change, until he humbles himself to G-d. That the place and the circumstance and the financial state he is in, the wife, kids and family that he has or does not have, is exactly what G-d packed in his suitcase for life, for him to make things work . From exactly where you are, and with what you’ve got. To live within your means. And make the best of “it”.

People ask me, “Rabbi Farhi. Humility is out of style in the Self-Help world for ages. The Novardoks were the Last of the Mohicans. Why do you keep bringing humility into 2018? How does it apply to the fast- track millennials, or to the selfie Generation Z? And how does humility give us a better life? What more can humility help me, than the philosophy that if you are humble, you can never fall?  That “the man who sleeps on the floor can never fall out of bed”? The answer is that humility detonates the If-only thinking. It destroys the false belief that if I had more, I would be better. Humility teaches us that what you got is what you were supposed to get. Having more will not help you be more. That thought, that I deserve more, comes from haughtiness.

How does this make sense, that a decree of such measure should be enacted for thievery? For the sin of the Golden Calf, for idol worship, 3000 men died. For the sin of promiscuous relations of the Midianite women, 24,000 perished. But for the sin of stealing, which is not even one of the cardinal sins, the whole world needs to be destroyed?!? Also, how, in any way, was the Flood considered an exact punishment, measure-for-measure for stealing?

The Yalkut Shimoni teaches, that the Torah tells us the reason why they were punished this way. It was because they were not only evil, but their wickedness was about “more”. כי רבה רעת האדם The generation of the Flood became haughty because of the good that HKBH bestowed on them. “Do we need the drops of rain from G-d?! We have rivers and springs that suffice! HKBH said, In the good waters that I bestowed on them, they anger Me? With the water, I will punish them! That is one opinion. Here is the other. R Yochananan said, the generation of the Flood became corrupt due to abundance. So, they were judged with abundance. (Yalkut Shimoni 58)

What does the Y. Shimoni mean, due to abundance? Or haughtiness? I thought the punishment was for חמס, stealing?!

The answer is that someone who steals needs to be haughty enough to think, “I deserve more. What G-d has given me, is not enough. The little that G-d has given me prevents me from achieving all that I can. I am bigger than what G-d decided I am. I should be richer than G-d decided I should be. And that is how I will become a better person. Once I have more. Once I have רבה. A lot more than what G-d lets me have”. All the Mr. Ifonly’s in the time of the Flood believed that Ifonly I could have more in life than G-d gives me, I would be happy. More money. More desires. More power… Why did they think so haughtily? G-d gave them everything. So, they did not “need” G-d. A person who has no bed, a person who has no food needs G-d more, so he is more humble. The haughtiness of the mistaken thought that one does not need G-d is the root of all sin. When Moshe reprimanded the Jews for serving the Golden Calf, he hinted at it in his words ודי זהב )Devraim 1;1). Rashi comments that the reason why they served the Golden Calf was because they had רוב זהב, so much, gold! We sometimes think that if only we had more money, respect, power,etc…, we would be better parents, better Rosh Yeshivas, better teachers, better kollel guys. Wrong!!!!! The “more” is what brought about one of the greatest sins in history.

How much Hishtadlut to make in life is one of the hardest questions we all need to answer. How hard should we try to make money, versus relying on G-d? I once had a business idea, so I discussed it with one of my Rabbis. He told me that the fine line between proper Hishtadlut and too much of it is the difference between “making” money and “taking” money. Overworking, trying too hard, is like trying to get more than what G-d has allotted to you. And there is no Beracha in the money that you “take”. Some commentators believed that the only lesson we can learn from Parashat Noach, for our generation, is to learn from the episode of the drinking of Noach, how dangerous it is to get drunk, how it happens unexpectedly, and how it splits families.

But I believe that we can learn from the Flood a lot about humility. And that whatever we have from G-d is all we really need.