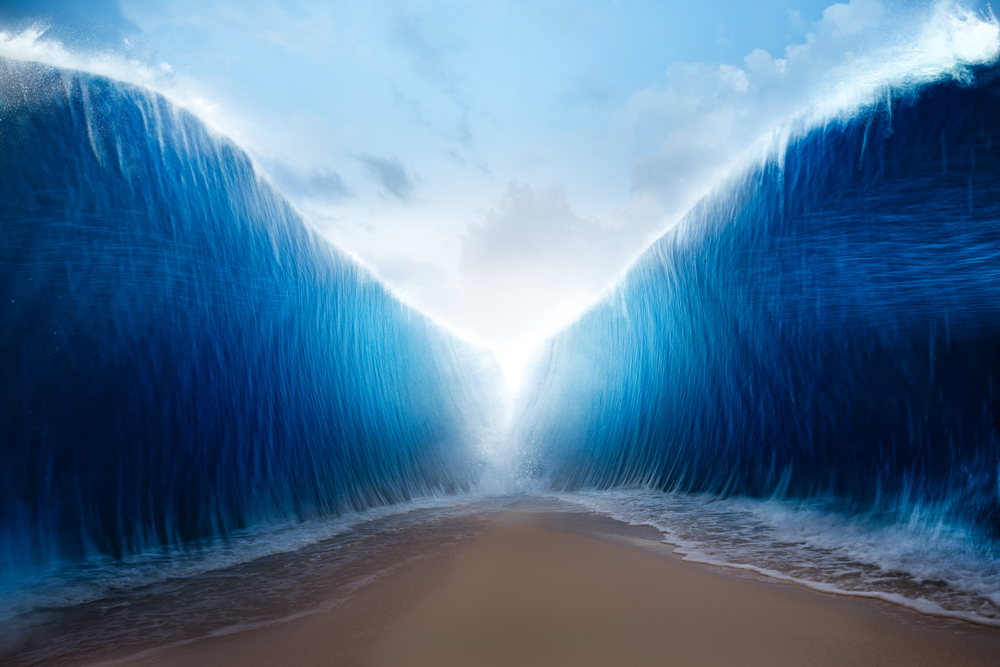 THE ART OF VULNERABILITY

Vulnerability is the essence of relationships. It is an art, of being the natural you, the uncalculated you, the you who is willing to risk being exposed and potentially look foolish, all for a greater purpose. That greater purpose, in relationships, can be a new level of trust. “This is me. I am willing to expose my flaws, with the hope that you accept me and love me for all that I am and all that I am not, my strengths and my weaknesses.”

Judaism is more than a religion; it is a relationship with your Creator, and how vulnerable you are means how close you are. At the essence of love is how much you are willing to give up for it. וְאָ֣הַבְתָּ֔ אֵ֖ת יְקֹוָ֣ק אֱלֹהֶ֑יךָ בְּכָל־לְבָבְךָ֥ וּבְכָל־נַפְשְׁךָ֖ וּבְכָל־מְאֹדֶֽךָ And you should love YKVK your G-d with all of your heart(s), with all of your soul (ready to give up your soul for the sake of the three cardinal sins), with all your “a lot” (ready to give up all of your money not to transgress sins; ready to love Him and accept, no matter what He brings into your life) The greatest men, Avraham, Yitzhak, R’ Akiva, the Bet Yosef, lived their lives, ready to give it all up for G-d, waiting to give it all up for G-d.

This is what a Jew is, at his essence, עבריים. When G-d asks Moshe to represent Him to Pharaoh, to Egypt, to the world, He called Himself, יְקֹוָ֞ק אֱלֹהֵ֤י הָֽעִבְרִיִּים֙ YKVK the G-d of the Ivriim. (3;18) The Midrash tells us that the extra letter Yud in the word עבריים is to hint to, עברי ים, the Jews who will cross the Sea, for Me. Even before the Ten Plagues: G-d refers to us as crossers of the Sea. How so?

The merit that got us across the sea was the special ticket, called ידיד ה’. G-d’s friend. “Friendly” is schmoozing, chilling, having fun, sharing experiences. But real friends are those who are willing to give up something for that relationship. When you are willing to give up something for G-d, you get this magical ticket, that G-d will do anything and everything you ever ask for, even if you do not deserve it. As we say before beginning our prayers, וִידִידִים עָבְרוּ יָם… וְנָתְנוּ יְדִידִים זְמִירוֹת שִׁירוֹת וְתִשְׁבָּחוֹת …הָעוֹנֶה לְעַמּוֹ יִשְׂרָאֵל בְּעֵת שַׁוְּעָם אֵלָיו:. This word Yedid is huge, because it means, Yad b’yad, hand in hand.(Megaleh Amukot, Devarim) Holding someone’s hand, willing to put yourself on the line for them and being vulnerable for them.

It is amazing how, when Moshe cries out to G-d to save the people at the sea, G-d tells him not to pray  מַה־תִּצְעַ֖ק אֵלָ֑י דַּבֵּ֥ר אֶל־בְּנֵי־יִשְׂרָאֵ֖ל וְיִסָּֽעוּ:  Why shouldn’t Moshe pray? Since when shouldn’t anyone pray? The answer is the merit of being a Yedid Hashem, is much greater than the merit of prayer. Prayer was not going to save the Jews from the Sea. Only being “G-d’s friend” would. G-d wanted to see the willingness of the Jews to expose themselves to vulnerability, to be in a relationship with Him, to give them the merit that would save them. (see Maharsha Sota 37a)

When Nachshon ben Aminadav went into the Sea until the water reached his lungs, G-d rewarded him with being the Forefather of King David, Mashiach, Daniel, Chananya, Mishael, Azarya, all of whom deserved the title of  עברי ים, all people who were, at any time, ready to give it all up for G-d. They are willing to make themselves vulnerable for G-d, more than any other people are willing to open themselves to harm. Nachshon was going to Har Sinai to accept the Torah, and nothing, not even a raging sea, was going to stop him.

When Moshe blessed the tribe of Binyamin in וזאת הברכה, he said לְבִנְיָמִ֣ן אָמַ֔ר יְדִ֣יד יְקֹוָ֔ק יִשְׁכֹּ֥ן לָבֶ֖טַח עָלָ֑יו Binyamin won the Yedid Hashem trophy, because he was the first tribe willing to go in after Nachshon Ben Aminadav. The reward for that trophy was that the Bet Hamikdash would be in Binyamin’s territory. (Menachot 53b) And because they went into the sea ahead of the tribe of Yehuda, they merited that King Shaul, a descendant of Binyamin, would rule the Jewish people before King David from Yehuda. (See Tehillin 68;28 Metzudat David)

To be a Yedid Hashem does not only mean to give up your life for Him. It means to be ready to give up your comfort, your money, your sleep… The wives of the men who stay up late and get up early to learn, and they are willing to give up sleep for their husband’s Torah learning, merit the Yedid Hashem trophy, the magical ticket that can take them to the highest places in Olam Haba. כֵּ֤ן יִתֵּ֖ן לִֽידִיד֣וֹ שֵׁנָֽא (Tehillin 127;2, Yoma 77a)

Avraham Avinu was called Yedid Hashem, and we are all called Yedidim when we show that we are vulnerable and dependent on Him לְ֭מַעַן יֵחָלְצ֣וּן יְדִידֶ֑יךָ. In his merit of self-sacrifice, of his vulnerability, we merited that our vulnerability will pull through for us.

Sometimes we fool ourselves into thinking that we are doing things for others, for G-d, for our family, when in reality, we are doing them for ourselves. Avraham Avinu proved that he was G-d-fearing, only after the test of Akedat Yitzhak. Although he was willing to be thrown into a fire for G-d at Ur Kasdim, that did not yet prove that he was willing to give up EVERYTHING for G-d. Giving up Olam Hazeh for Olam Haba, for an idealogy, for something that is more important, does not yet mean vulnerability for the relationship with G-d. Avraham was being tested to see if he was willing to give up everything important, his whole religion, his whole ideology, his whole future, for G-d. In the merit of Avraham chopping wood, וַיְבַקַּע֙ עֲצֵ֣י עֹלָ֔ה, right away before he set out with Yitzhak to the Akeida, (just in case he might not find proper wood to chop when he would reach the place of the Akeida,) and shlepping it with him for three days, G-d “chopped” the sea for us.   וַיִּבָּקְע֖וּ הַמָּֽיִם We remind ourselves of this vulnerability of Avraham each morning, when we say וְיַם סוּף לָהֶם בָּקַעְתָּ.

Every word of our prayers can light the fire of your soul. Everything that you are willing to be vulnerable to G-d for, can turn on your spiritual motivation.

← THE ART OF HOLDING BACK THE BARKTHE ART OF CHARACTER IMPROVEMENT →