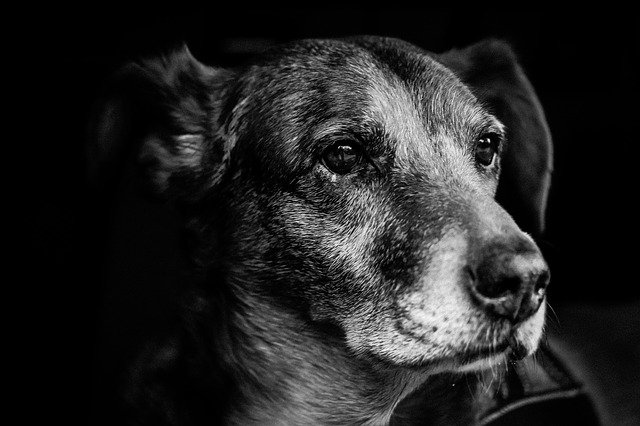 THE ART OF HOLDING BACK THE BARK

The best investment in a volatile place like Covidland is saying Perek Shira each day. Perek Shira, a compilation of praise from the elements of creation, is one of the most amazing segulot, with the greatest perks. A promise of longevity, financial stability, Olam Haba. A promise that you will learn, keep and teach Torah, be saved from your Evil Inclination, from Gehinom and bad occurrences. It brings your prayers up to the highest Heavens, brings you great goodness, protects you from sickness, and will give you a life as good as it will be in the times of Mashiach.

The end praise of all the creatures mentioned in Perek Shira, is that of the dogs. כְּלָבִים אוֹמְרִים בֹּאוּ נִשְׁתַּחֲוֶה וְנִכְרָעָה נִבְרְכָה לִפְנֵי יְקוָק עֹשֵׂנוּ׃ The dogs, say, Come! Let us prostrate ourselves, bow our heads, bend our knees in front of YKVK, the One who makes us great. This is so interesting, for a couple of reasons. 1. The only living creature mentioned in Perek Shira in plural form is the dogs. All other creatures are referred to in singular form, Snake, Rooster, Dove, Elephant, Lion, etc. 2. Why is it that all the praises of the Universe end, specifically, with the praise of the dogs? 3. Snake says, סוֹמֵ֣ךְ יְ֭קֹוָק לְכָל־הַנֹּפְלִ֑ים וְ֝זוֹקֵ֗ף לְכָל־הַכְּפוּפִֽים G-d supports all the fallen ones and makes those who are bowed down, erect. This is appropriate for Snake, to be hopeful for his future. Wolf speaks of wrongdoing appropriate to its species, עַֽל־כָּל־דְּבַר־פֶּ֡שַׁע.  But why should the dogs be the “tzadikim” that call out to all others to come and praise G-d? This bothered “R’ Yeshaya”, a student of R Hanina Ben Dosa, so much, he fasted 85 fasts, equal to the numerical value of פה, Mouth. “How could it be that the dogs, that are considered brazen (Yeshaya 56;11), merit saying such praise?”

An angel told R’ Yeshaya that this secret was not to be revealed, but there would be an exception for him. It is not what the dogs did; it is what they did not do. During the Firstborn Plague, the dogs did not bark like they usually do when they see the Angel of Death in town. They did not disturb the Jews, who were rushing to pack their bags for the Exodus. They would be rewarded for their silence, וּבָשָׂ֨ר בַּשָּׂדֶ֤ה טְרֵפָה֙ לֹ֣א תֹאכֵ֔לוּ לַכֶּ֖לֶב תַּשְׁלִכ֥וּן אֹתֽוֹ All unkosher meat – should be given to the dogs. They are to be rewarded by having the parchments for Torah scrolls, Tefillin, and Mezuzah made from skins, processed in dog’s excrement. And they are to be rewarded with being the ones to end Perek Shira, praising and calling others to give praise. In the merit of the dogs going against their nature, keeping quiet for just that one night, they merited these HUGE, eternal rewards.

This explains a lot. All other creatures are referred to in the singular, for that is the original form of creation. But the Dogs were rewarded for what the Egyptian dogs didn’t do that night of the Egyptian plague. Of course, it is not the same dogs that get rewarded with the non-kosher meat for what was done that night. It is not the same dogs’ excrement being used for making the holy parchments. But this is to teach us the lesson from this brazen species that went against their nature that night and held themselves back: how golden holding silence is. As the angel finished, by saying שֹׁמֵ֣ר פִּ֭יו וּלְשׁוֹנ֑וֹ שֹׁמֵ֖ר מִצָּר֣וֹת נַפְשֽׁוֹ:  one who guards his mouth and tongue, guards himself from all harm.

There is no greater praise to G-d than holding our tongue. לְךָ֤ דֻֽמִיָּ֬ה תְהִלָּ֓ה. The most significant praise to G-d is silence, acceptance, holding back “the bark”. The dogs merited for their silence, measure for measure, being the ones to sing and praise G-d, and calling others to join them.  A person who holds his tongue to listen, who avoids speaking when it has no purpose or avoids adding that tactless comment – such a person is promised immeasurable reward. The reward for that one moment of silence is unfathomable, even to the greatest angels. (Vilna Gaon)

Holding your tongue when you are supposed to is rewarded, even more than passing all the ten tests of Avraham Avinu, and here is proof: when the Jews sinned and needed to be exiled, the transgressions were so great that they deserved never to come back to the Holy Land. Avraham Avinu attempts to defend the nation with the merits of all the tests he passed; Yitzhak and Yaakov try to defend the nation… but nothing is strong enough to nullify the decree. But then, Rachel Imenu turns to G-d.  In the merit of her silence, her not revealing that Leah was the bride – she won the case and saved the entire nation from the worst decrees!

Many tests that we go through are just tests of our ability to hold our tongue in disguise. Even the tests of Avraham were, to some degree, to see if he had enough faith to hold his tongue. He did not have much choice whether or not to sacrifice his son Yitzhak. If G-d wanted to take Yitzhak’s life, there was nothing that Avraham could do. But the test was to see if Avraham would ask G-d about the apparent contradiction to G-d’s previous words, that Avraham’s offspring would be from Yitzhak. The test of going to the Promised Land and finding famine there was, also, a test to see if Avraham would say anything. When Eliezer made a deal with G-d that the girl that offers to give his camels to drink would be the girl for Yitzhak, and Rivka offered this service,  Eliezer still waited until after she finished. Why? Eliezer wanted to see if Rivka would ask for something, even just a thank you, in return for her services. But when Rivka finished giving the camels to drink, she turned around and started walking home, happy to be a nice, kind person. That is when Eliezer proposed Yitzhak to Rivka, after her silence! (Seforno)

Why is silence the strongest merit in the Universe? The answer is so profound. We constantly remind ourselves, in the Mitzvot we perform, that G-d took us out of Egypt. What is the purpose of this constant reminder of Exodus, which, if not understood, can even seem redundant? It is to constantly remind us that each Jew is G-d’s Firstborn Son, and G-d cares while we suffer, even if He is “silent”. And that G-d has a plan to reveal, soon, why He was silent for so long. As the Jews realized this at the splitting of the Sea, they sang מי כמוכה בא-לים ה’  Who can be compared to You among the gods, YKVK. R’ Yishmael teaches, that this should be read, with a twist. מי כמוכה באלמים. Who is comparable to You G-d, amongst the mutes? No one can keep silent for so long, as G-d does. (Gittin 56b) And, all for a purpose, at the end. When G-d reveals Himself, He does so, in silence, ק֖וֹל דְּמָמָ֥ה דַקָּֽה. (Melachim A:19,11-12) We have a Mitzvah to go in G-d’s way, וְהָלַכְתָּ֖ בִּדְרָכָֽיו, and part of this lifelong mission is mastering silence. (Hullin 89a)

Selfie steps to master golden silence and hold back your bark:

← THE ART OF LEARNING LESSONSTHE ART OF VULNERABILITY →