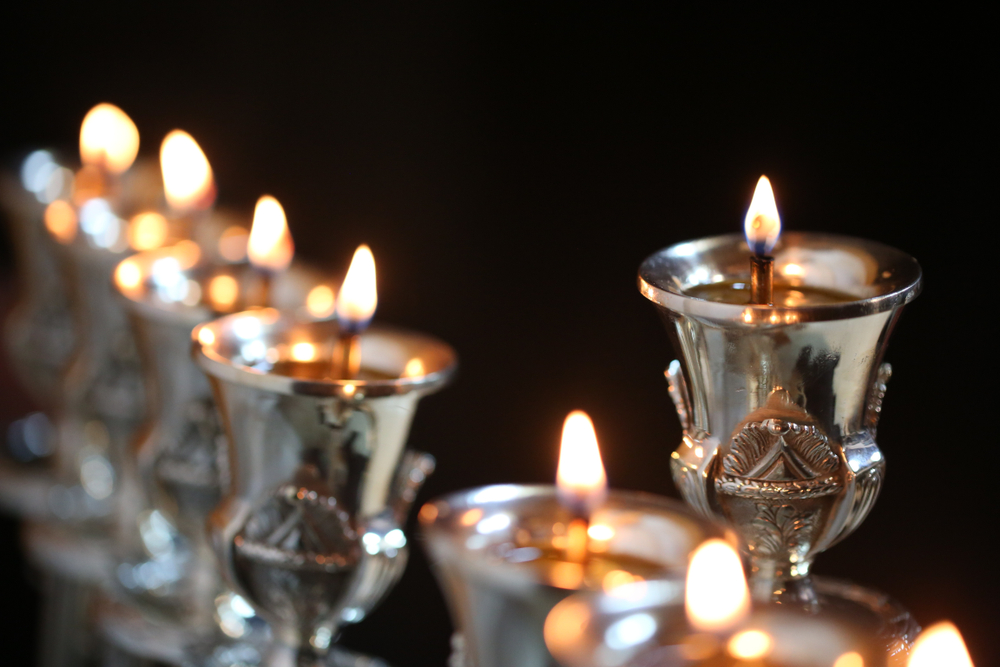 THE ART OF SEEING THE LIGHT

Ever noticed how all of the parashiot of Sefer Bereshit, from Lech Lecha, the time G-d promised Avraham that his descendants would be going down to Egypt, until it actually happened – all begin with the letter Vav? (Except three). וירא, ויצא, וישלח, וישב, ויגש, ויחי. Nowhere else in the Torah are there so many parashiot, in a row, that begin with the letter Vav. The only three of Bereshit, that do not start with the letter Vav are the parashiot חיי שרה, תולדות, מקץ . The initial letters of these parshiot spell חתם, which means “sealed”. G-d “sealed” the plan for the Jews to go down to Egypt, to fulfill His Word to Avraham. The whole Sefer Bereshit, from the covenant of the 400 years of being a stranger in a strange land, until the very end of Sefer Bereshit, were all to fulfill that prophecy, in a mindboggling way.

Yitzchak’s birth, his life, and Yaakov’s life, were the beginning of the 400 years of living as a stranger in a foreign land. From the point of the Brit Ben Habetarim onward, by Avraham, Yitzhak, Yaakov and the tribes, they lived as a גר, a stranger.ויגר אברהם, גור בארץ הזאת, ויעקב גר בארץ חם, לגור בארץ באנו (See Rashi 15;13) The lengthy mention of Esav’s family “dwelling” was to illustrate that he wasn’t willing to go through the 400 years of being a stranger in a foreign land. (Rashi 36;7) (And the episode of Akeidat Yitzhak was to clarify, that Yitzhak was the true inheritor of Avraham and not Yishmael.) Every time the Torah mentions Yitzhak or Yaakov settling, being וישב in their lives, something very unsettling happened: with Avimelech, the dispute over the wells, Yaakov losing Yosef.

All the episodes in Bereshit were either a fulfillment of the prophecy of being a stranger in a foreign land, or of a domino effect of the Jewish family descending to Egypt. Yitzhak needed to marry Rivka, sister of Lavan, and specifically to have twins, one, Yaakov, and the other, Esav – the child that came from Lavan’s gene. (Mention of Lavan is important for the fact that most sons resemble, in their nature, the mother’s brother.) (B. Batra 110a) And it was important that Yaakov was born second, not Esav, so that Esav would want to kill Yaakov for stealing the blessings that “belonged” to him. This was important, to make Yaakov run away from home and come, empty-handed, to Lavan’s house. Yaakov coming empty-handed gave Lavan the leverage to trick Yaakov into marrying Leah, and not Rachel. This forced Yaakov to have 6 children from Leah and two from Rachel, which caused politics within the twelve brothers. Rachel needed to die early, so that Reuven would tamper with the beds and be downgraded from firstborn, adding to the politics.  Rachel’s death also caused Yaakov to give Yosef more TLC (tender loving care), which brought about even more politics, making the brothers to think that Yosef was a Yaakov’s favorite, and that Yosef wanted to be considered the only continuation of Jewish lineage and push his brothers out of the picture. This caused them to sell Yosef in bondage to Egypt, (See Rashi 37,14) which brought about Yosef’s becoming the ruler of Egypt, which caused the Jewish family of Yaakov to come down to Egypt.

All this explains why Dina needed to be raped by Shechem, so that she would bear Osnat, who Yaakov sent down to Egypt, with a Kamiah on her neck, which she threw into Yosef’s chariot, so that he would find a Jewish girl to marry while in Egypt, who would bear Menashe and Efraim.(Pirkei DR Eliezer 38; Yalkut Shimoni)

G-d sealed – חת”ם- and hid, the destiny of the first Jewish family!  All the parashiot begin with Vav, which means and, because they are all a continuation, they are all connected and lined up in perfect order, so that in the end, G-d’s Word is fulfilled, in entirety!!

What? So nobody really made a decision, everything was preplanned?!? They were all just puppets, to a much greater plan?!?! Nothing actually happened–  מקרה. It was all ה’ רקם, the letters flip around to say, G-d was weaving the tapestry. Why a tapestry?

After the Holocaust, people turned to Hazon Ish to explain G-d’s plan. He explained that their question could be compared to the question of a child, seeing his grandmother knitting. From the child’s view of all the strands of wool, which are so disorganized – a tangled mixture of many colors – it is no more than a hopeless mess. But, when the child climbs up on a table, and sees the product coming out of the needles his grandmother is so deftly using, it looks very beautiful. As G-d says,כִּ֣י לֹ֤א מַחְשְׁבוֹתַי֙ מַחְשְׁב֣וֹתֵיכֶ֔ם (Yeshaya 55;8) For My perspective is not your perspective.

When we are busy, G-d is busy, as well, pulling strings, weaving destiny. The passuk says that after Yehuda directed the brothers to sell Yosef, and their father Yaakov continued grieving over the loss of his son, Yehuda “went down” from his brothers. The Midrash tells us something amazing on that passuk from Yirmiyahu,  כִּי֩ אָנֹכִ֨י יָדַ֜עְתִּי אֶת־הַמַּחֲשָׁבֹ֗ת אֲשֶׁ֧ר אָנֹכִ֛י חֹשֵׁ֥ב עֲלֵיכֶ֖ם נְאֻם־יְקֹוָ֑ק מַחְשְׁב֤וֹת שָׁלוֹם֙ וְלֹ֣א לְרָעָ֔ה לָתֵ֥ת לָכֶ֖ם אַחֲרִ֥ית וְתִקְוָֽה: Yirmiyahu consoles the people before their descent to Babylon for seventy years, with this powerful passuk: For I know the thoughts that I think about you, says YKVK, thoughts of peace and not of evil, to give you a future and a hope: Rabbi Shmuel B’ Nachman said, the tribes were busy selling Yosef, Yosef was busy with his sackcloth and fasting, Reuven was busy with his sackcloth and fasting for not bringing Yosef back home to Yaakov, Yaakov was busy with his sackcloth and fasting, and Yehuda was busy finding a wife, and G-d was dealing with creating the light of the king Mashiach!”

The only parts of the story of Bereshit, from the time of the prophecy to Avraham at the Brit Ben Habatarim, that are not part of the domino effect of descending the Jewish family down to Egypt, or the Brit Ben Habetarim, are the stories of Lot being saved from the destruction of Sedom and the story of Yehuda and Tamar. These stories, unrelated to the Jews going down to Egypt, are the two stories about G-d being busy, creating Mashiach. Out of Lot came Ruth, David’s grandmother; and out of Yehuda, came Boaz, son of Nachshon, David’s grandfather!

When you think that G-d has forgotten about you, that is when He is thinking about you! When you think you are alone, He is closer than ever! You think G-d had “bad intentions”, with all these crazy things happening, but it was all happening for G-d to bring you an אחרית ותקוה, a happy ending!

In the whole Chanuka story, G-d is pulling the strings, for an entirely different story from the one we know. For a thousand years, G-d wanted an eight-day holiday, starting on the 25th of Kislev, before the Maccabees were even born! How so?

After the sin of the Golden Calf, the Jews came running to donate materials for the erection of the Mishkan. The Mishkan was completed on the 25th of Kislev…but G-d told Moshe to dedicate it on the birthday of Yitzhak, on the first of Nissan. The inauguration celebration lasted 8 days, which is the Torah reading for the 8 days of Chanukka, days which were to have begun on the 25th of Kislev. The whole Chanuka story had to happen, in order to celebrate, the Menorah, the Mizbeach, and the closeness, because a thousand years earlier, the Jews were swift in creating something spiritual about of something physical, which we commemorate through making fire out of oil.

We light the Chanuka candles in the darkest time of the year. Because in the darkest darkness, G-d lights the brightest lights. When nothing makes sense, it is because G-d is doing His thing. When Yaakov, Yosef, Reuven are crying, G-d is weaving His tapestry. Before Mashiach comes, there will be a lot of darkness, because only in darkness, G-d performs. That is His way of being modest, He never brings attention to Himself. No one knows it was He, until after the fact. Just like a חתם, a signet ring, that is illegible, until after the stamp. Only then can it be recognized, that it was G-d, all along.

P.s. This is why, when people get engaged, they make an engagement party. A “vort”. Even though there is no religious, halachic, reason to celebrate. There is no Kiddushin then, הרי את מקודשת לי is not said. So why do we make a party?

Since G-d created the world, what is He busy doing? He is busy doing two things. He is making shidduchim, and He is flipping ladders, (lowering the haughty, and lifting the humble). (Yalkut Shimoni) But why does it take so long for G-d to make Shidduchim?!

Forty days before a baby boy is formed, there is a Heavenly voice that goes out, and says, בת פלוני לפלוני. The daughter of so-and-so will go to so-and-so. (Sotah 2a) From that point on, everything that happens in the life of that boy and girl, all has to happen in order for them to meet and get engaged. The custom of making an engagement party is to celebrate that G-d’s work, of making this shidduch come together, has come to fruition. Everyone thought that they were busy doing what they were doing, but G-d was bringing two people together, all along.

I did not get along in Yeshiva, where I learnt in America. So I left to Mikdash Melech, then in Bayit Vegan. The first day I prayed in Israel, I prayed in the Amshinov minyan factory, and I left my watch in shul, after putting on my Tefillin. I came back, and there was a sign on the wall, WATCH FOUND- come get it with the simanim, the signs that prove it is yours. I claimed my watch from the Israeli kids that had found it and wanted to do the mitzvah of returning lost items. I was invited to eat by them for Shabbat meals, and before going back to America, they asked me if I was interested in dating. They knew an English-speaking girl, who lived in the neighborhood. I dated the girl, and in two weeks we were engaged. I never thought, in a million years, that the reason why I had to go through a hard time in Yeshiva in America, was so that I would be able to be happily-ever-after married. לָתֵ֥ת לָכֶ֖ם אַחֲרִ֥ית וְתִקְוָֽה

1.G-d’s business is not your business. As Yeshayahu told Chizkiyahu about his decision not to have children, so as not to bring Menashe to the world:  בהדי כבשי דרחמנא למה לך? מאי דמפקדת איבעי לך למעבד!. (See Berachot 10a) We are not supposed to ponder or depend on what we believe is G-d’s plan; we have to make the decisions that are most rational for us, knowing, all along, that G-d has His own plans, and only His plan will play out. (R Wolbe from Hovot Halevavot) Yosef felt that something bad was going to happen to him, after leaving his father to check on his brothers who hated him. After all, the last thing he learnt with his father was the laws of Egla Arufah, of someone who was sent out on the road alone, and his blood was spilled. He knew that he had a bad omen hovering over him, but he listened to his father, anyway, and fulfilled his command. What was going to happen to him was G-d’s business. Yosef just needed to listen to his father. He needed to do what made sense, what was rational.

3. Stay positive. You are just a puppet. You might as well be, a positive puppet.