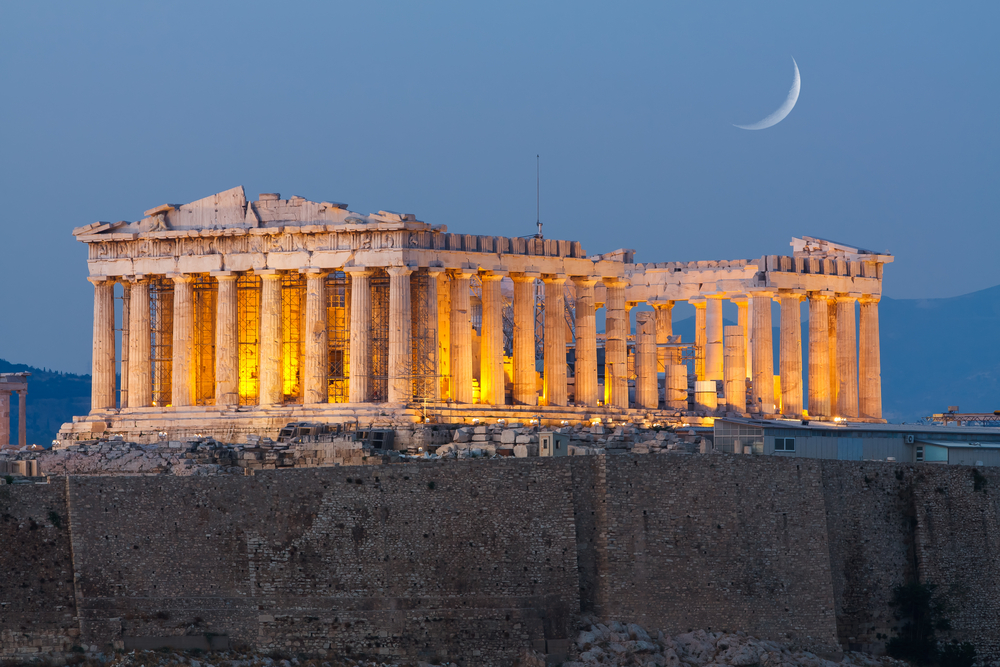 THE ART OF BEING AN IVRI

R Shimshon R. Hirsh writes that the first prophecy in the Torah was  יַ֤פְתְּ אֱלֹקים֙ לְיֶ֔פֶת וְיִשְׁכֹּ֖ן בְּאָֽהֳלֵי־שֵׁ֑ם Noach blessed his two sons, Shem and Yefet, with the following: May G-d expand Yafet, and may He dwell in the tents of Shem. The word יפת, in its basic translation, means, expansion. But it also means develop, פיתוח. It also means to persuade.פיתוי  . (See B’Maglei Hashana 1; 188) The prophetic vision of Noach, that in the future, the culture that would dominate the world would be Western culture. Western culture is Greek culture, evolved over thousands of years. The Greek, Yavan, is a descendant of Yefet, and Greek culture is the cradle of modern, western culture.

What do we have in today’s western culture from Greek culture? After a bit of research, here is what the world has today from Greek culture: Philosophy, education, math, science, alphabet, libraries, literature, fashion, poems, myths, joke books, standardized medicine, art, architecture, maps, democracy, juries, astronomy, theater, drama, Olympics, sports, entertainment, pillars and umbrellas, to name more than a few. Yefet, Greek, Western culture, is the culture responsible for developing aesthetics and etiquette, distinguishing humans from animals.  I will never forget how 10 years ago, when I was in the London Eye, with my family, I opened a conversation with the head of filming of football games for NBC. He told me the reason why they have Monday Night Football. Mondays is the most depressing day of the week, because people need to return to work after the weekend.  America wants there to be something that people can watch in the bars, so that they do not kill each other, when drunk on gloomy Monday nights. No wonder the violence of Black Lives Matter was immediately after the cancelation of sports in USA due to Covid.

Shem and Yefet, just as they partnered in covering the animalistic shame of their father Noach, they will both develop the world in differentiating human from animals, each in their own way. While Yefet will lead humanity into developing the physical component of man, using Western culture  to tame and cover over the animalistic side of humans, Shem, on the other hand, will develop G-dliness in mankind, and the sanctification of G-d’s Name in the world.

This is what the Yeshiva of Shem and his grandson Ever was about: how human beings are different from animals, and how we are soul-driven. We are referred to as Hebrews, or Ivriim, (see Shemot 3;18) partially after Ever, our grandfather, who developed the teachings of Shem, and partially because we are the people who are ready to go through the sea, at any time, to sanctify G-d’s Name, עוברי ים (Shemot Rabbah 3;3, 8), and partially because we are ready to stand steadfast to our beliefs, even if we have to stand solo, on the “other side of the river”, different from the rest of the world, מעבר לנהר.

What is the connection between all these reasons? We find that when Yosef was accused by the wife of Potiphar, she made sure to mention that he was an Ivri. When the Butler of Pharaoh introduced Yosef, he referred to him as Ivri. And when Yonah explains to the sailors that he is not like the rest of them: He says that he is an Ivri.

What is the significance of making mention, in all these places, that we are an Ivri? And why is it that whenever hatred is expressed against a Jew, it is called antisemitism; we are reminded that we are descendants of Shem. And what is so bad about all the things mentioned above that have developed into Greek culture? Doesn’t Judaism accept and embrace many of the things on the list?

Yefet, Greek, and western culture, maintains that everything that is beautiful, is good. Judaism, also, believes that beauty is good, as long as it is beauty with meaning, beauty that brings more G-dliness to the world. Judaism also believes in self-development, but from a different point of view. A G-dly view.

Ever wonder why the Hebrew word for passing through is עובר, “oveir”, while the Hebrew word for an embryo, is עובר, Ubar? What is the connection between a child in its mother’s womb and  passing through?  The answer is obvious. The baby is coming from the upper world, passing through its mother’s womb to come to this world. This is why we are called Ivriim. We are just passing through this world, to get on to the next world. A fundamental principal of Judaism. (Messilat Yesharim intro) If something is beautiful here, in this world, but it is not beautiful in the next world, it is not beautifully Jewish. A Yehudi believes, that all the Hod, the glory and splendor, is if it begins and ends with G-dliness, as י- הוד-י  is surrounded by G-d’s Name on both sides. And that we always admit, מודה , that all of our self-development, is from G-d.

We are unique that we are Ivri, that we are different than the rest of the world, (this is the lesson of the oil separating from the water in our Chanuka candles), that we stand for G-dliness,  live with G-d in our lives, and trust that G-d can save us at any time. This explains why Yosef did not just interpret the dream of Pharaoh. He also made sure to pray for the wisdom to do so and mention that the wisdom of interpretation he has, is from G-d. The way of the world is that when people obtain wisdom, they take the credit for having it. I deserved the wisdom, because I did my homework. Judaism is very different. I became wise, not because I did my homework, but because, after I did my homework, G-d gave me the wisdom and the ability to understand. There is nothing that is more of a gift from G-d than wisdom. It is the only blessing that we declare each day, that אתה חונן לאדם דעת ומלמד לאנוש בינה. You grant to man wisdom and teach to humanity understanding. Judaism maintains that wisdom is something that you pray for, not only “do homework” for. (Niddah 70b) Even Moshe Rabbenu, had wisdom, only because G-d gave it to him.( Nedarim 38a) According to Judaism, there is nothing more humbling than wisdom. If I have plaques on my wall, it means G-d gave me this wisdom, so that I can be His vessel, to bring that wisdom to the world, and help others with it. Yosef was telling Pharaoh, if G-d gave you wisdom, it is for you to use it to be His vessel, in our case, to save the 7 years of plenty, to provide throughout the 7 years of famine. Your wisdom is not just so that you can say you are so smart, so great, that the future was revealed to you.  This explains why Yosef also gave Pharoah advice what to do with the dreams.

This is why we are called by G-d עוברי ים, “passers through the sea”, even before the Splitting of the Sea took place. Because we are not dependent on nature. We are indestructible, a miracle, at our core. Nothing about our existence makes sense, a proof that G-d is amongst us. There is no other way a sheep (the Jewish Nation) could survive among 70 wolves. (The seventy nations of the world) (Yalkut Shimoni Tehillim 35)

We are reminded, that even if the Jew falls so low that he is sold as a slave for stealing something he can’t pay back, he is reminded that he is not just an Eved, a slave. He is an Eved Ivri, reminded by the Torah that he is very different from the rest of the world. No matter how low a Jew falls, he is reminded that this world is just a corridor leading to the next world; that wherever he is, he has an opportunity to bring G-dliness into the world. That G-d could split the sea for him, at any time.

← THE ART OF SEEING THE LIGHTTHE ART OF OVERCOMING →