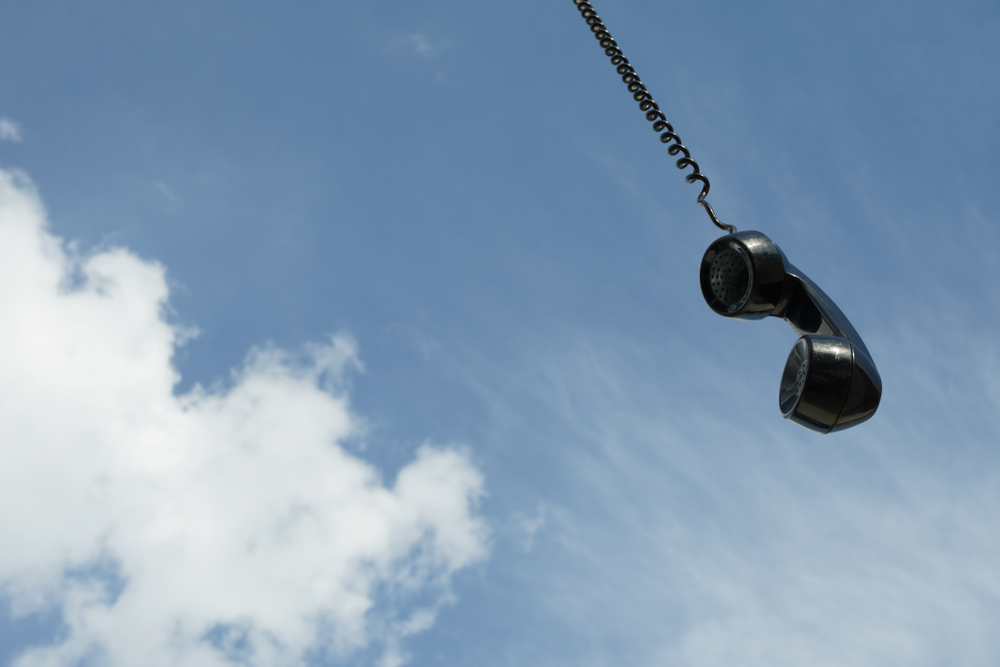 THE ART OF RECONNECTING

One of the hardest parts to understand in the Megillah story is the three day fast implemented by Mordechai and Esther. The days of the fast were the fourteenth, fifteenth and sixteenth days of Nissan, which would coincide with eating Matzah on the night of the seder. (Megillah 16a) How could they have annulled the Mitzvah of eating Matzah?!

The Midrash answers, that this is the question Mordechai asked Esther, when she asked him to inaugurate the fast. And Esther answered him that if the decree does not become annulled, there would be no more Jews left to celebrate the Seder or eat the Matzot, Heaven forbid. So, it is better that they fast, this one year, and not fulfil the Mitzvah of Matzah, to annul the evil decree and enable us to celebrate the Seder in all future years, and keep all other Mitzvoth as well. (Esther 8;7; PrkDrE 50)

But – how could this make sense? Haman rolled the dice in the month of Nissan, and the outcome was to get rid of the Jews on the 13th of Adar, 11 months later. On the 13th of Nissan when Haman’s letters went out that they will be destroying a certain nation, just a few days after Haman rolled the dice, Mordechai and Esther decreed a three-day fast. But there were 11 months left, until the date of Haman’s decree?! There was plenty of time to make a three- day fast! Why did they specifically and intentionally want to make the fast coincide with the first night of Pesach? Matzah and Succah are the only two times a year when we have a mitzvah from the Torah, to eat a Kazayit!

There was once a kind king that everyone loved, for his kindness and truth. But his servants were jealous of the king’s favorite minister, and they set him up with a libel, and prosecuted him with false testimony. The judges took bribes to accept the false witnesses, and this minister was sent to death row. This loyal minister asked for a second chance in court, but again, the judges were bribed. The loyal minister then tried writing a letter to the king, knowing that the king loves justice; but his enemies bribed the king’s closest servants, and the letter could not get to the king.

Desperately, the wise minister made his last move. He asked to be let out on bail, for just a couple of hours. He stood outside the king’s palace and threw a stone that shattered the window of the king’s private chamber, and was immediately arrested again. The king said, if in my kingdom there is a person who is willing to do such a thing to me, he certainly has a reason, and I want to judge this case myself, to learn what his complaint is against me and to hear what he has to say. When they brought this minister to the king, he started to cry and to beg forgiveness for disgracing the king, but he claimed: I had no other option to get to the king, except in this way. All my attempts to come to the king, or to send a message, were of no avail, as I was subjected to libel, by my enemies.  The king promised to get to the bottom of it all, and he put an end to the lives of those disloyal servants.

The lesson from this story sheds light on the decision of Mordechai and Esther to cancel the Seder night of the Jewish people, that year. The Jews were going through a horrible time, a time when G-d was hiding Himself, וְאָנֹכִ֗י הַסְתֵּ֨ר אַסְתִּ֤יר פָּנַי֙ בַּיּ֣וֹם הַה֔וּא And I will hide My Face on that day. And a time when all prayers of the Jews would be blocked. גַּ֣ם כִּ֤י אֶזְעַק֙ וַאֲשַׁוֵּ֔עַ שָׂתַ֖ם תְּפִלָּתִֽי: Also when I would scream and shout, he blocked my prayer.(Eicha 3;8) That is why Mordechai thought, what will it help if we pray, if the prayers will not be accepted? So, I will “throw a stone at the King’s Window” – we won’t eat Matzah, Marror, no four cups of wine, and then, we will be able to shake the Heavens. (Daf al Hadaf- in name of Tiferet Shlomo)

It is so interesting. What got them into this mess, that all gateways to G-d were shuttered tight?! Was it just eating from the feast of Achashverosh, a feast that was 100 percent Kosher, with Mordechai as the Mashgiach, כִּרְצ֥וֹן אִישׁ־וָאִֽישׁ, with the people under a threat of betraying their loyal identity to the new, all-powerful king? Was that so bad? The Jews have done much worse things than enjoy a meal by a gentile King!?!

The answer is that the Jews enjoyed the meal. They saw the utensils of the Temple, and instead of mourning and crying, they were able to swallow the food and enjoy it! G-d felt, Hey! What about us? What about our relationship? What about the 70-year Exile coming to a close, and you don’t even miss Me? You are enjoying being in Exile?

This is a grave claim. Even if, at other times, Jews have sinned, it could be argued that they did not enjoy the sin, identify with it, or internalize it, so the sin did not penetrate. Enjoyment at Achashevrosh’s feast, enjoying a non-Jewish life, on the other hand, penetrates the heart.  Although the exile after the First Temple was destroyed lasted only 70 years, we are still in exile now, thousands of years after the destruction of the Second Temple.  Why?  Because the three cardinal sins that led to the downfall of the First Temple were “external”.  In contrast, senseless hate has, by definition, its source in the heart.  The sin of the feast was neither eating the food nor attending the party: it was the enjoyment of the occasion– an unspoken acceptance of Exile and a kind of admission of betrayal of the Temple.מפני שנהנו מסעודתו של אותו רשע (Megillah 12a)

In any relationship, many things can be forgiven, but one thing can’t. Enjoying a relationship outside the relationship. Mordechai knew that he needed to bring back the relationship, to open a conversation between G-d and His people, and the way to do that was making the Jews realize how much they were going to miss eating Matzah! How much they were going to miss having a Seder night connection, with their G-d! There was no other way, no better stone to break the glass, to wake up the connection! Mordechai knew that not mourning the Temple was the underlying sin of the Seudah, so he did not just fast: he fasted like a mourner, with sackcloth and ashes!

This explains other difficulties in the Megillah story. Why did Mordechai choose to fast and pray as his first move to eradicate the danger of the decree? Why the rush? First, do your Hishtadlut. At least, let Esther know, first, that you are getting the whole Jewish nation to mourn their future, before you walk through the Shushan streets screaming “Marah”, something bitter is going to happen?! Maybe Esther could help! Why take the difficult, drastic move first? And, why did Esther invite Haman to the first meal? She could have just invited Haman to the second meal?

The answer is because Mordechai knew that the root of the problem, the reason why this decree came into fruition to begin with, was the lack of connection with G-d.  Mordechai knew, then, not to accept the fresh clothes Esther offered him when he was wearing sack clothes, but instead, to continue to pray, because the real solution was not Esther’s moves. It was the Jews going back to their relationship. Esther knew that the Jews would not fully reconnect with G-d, so long they had a Jewish Queen in Achashverosh’s White House, so long they had someone to rely on. She knew, that she had to make the Jews think that she betrayed them, that she was now friends with Haman, and on Haman’s side, to make the Jews truly reconnect with G-d.

When Haman came to get Mordechai, to parade him around on the king’s horse, Mordechai was on the third day of his fast, teaching the students the laws of the Kemitzah of Minhat Haomer, as the day was the 16th of Nissan. When Haman saw this, he said, your Kemitzah of barley outweighed all the 10,000 silver talents I offered Achashverosh. (Roughly $165,000,000 USD).

Why was Mordechai teaching the students about Korbanot, about the Bet Hamikdash, if he was afraid they were to be annihilated 11 months later? Because korbanot comes from the root, Karov, getting close to G-d. G-d does not want us bringing ourselves as sacrifices to get close to him; He wants our Korbanot instead.

The Purim story is a story of reconnect. Ask any woman who is having a problem in her Shalom Bayit what pains her most. She will tell you. It is being in a relationship that there is no relationship, where she feels alone. Where she feels that she and her husband are not enjoying time together, even if they are together. It is not the financial difficulty. It is not that her husband is busy. It is that she feels that his heart is not with her.

To get G-d to listen to us, to force Him to listen to us, to shake the Heavens, there is only one way. As we say in Shir Hashirim, מֶ֖לֶךְ אָס֥וּר בָּרְהָטִֽים Rashi explains this, The King who is tied to those who run to do Mitzvoth. הקדוש ברוך הוא נקשר באהבה במצות ובריצות שאתם רצים לפניו   Because when we run to do His Mitzvoth out of love, we have, so to speak, G-d’s Hands tied! Mordechai knew that bringing back the love for the night of the Seder was the way to bring back the love of G-d!

← THE ART OF FUTURISTIC THINKINGTHE ART OF PATIENCE →