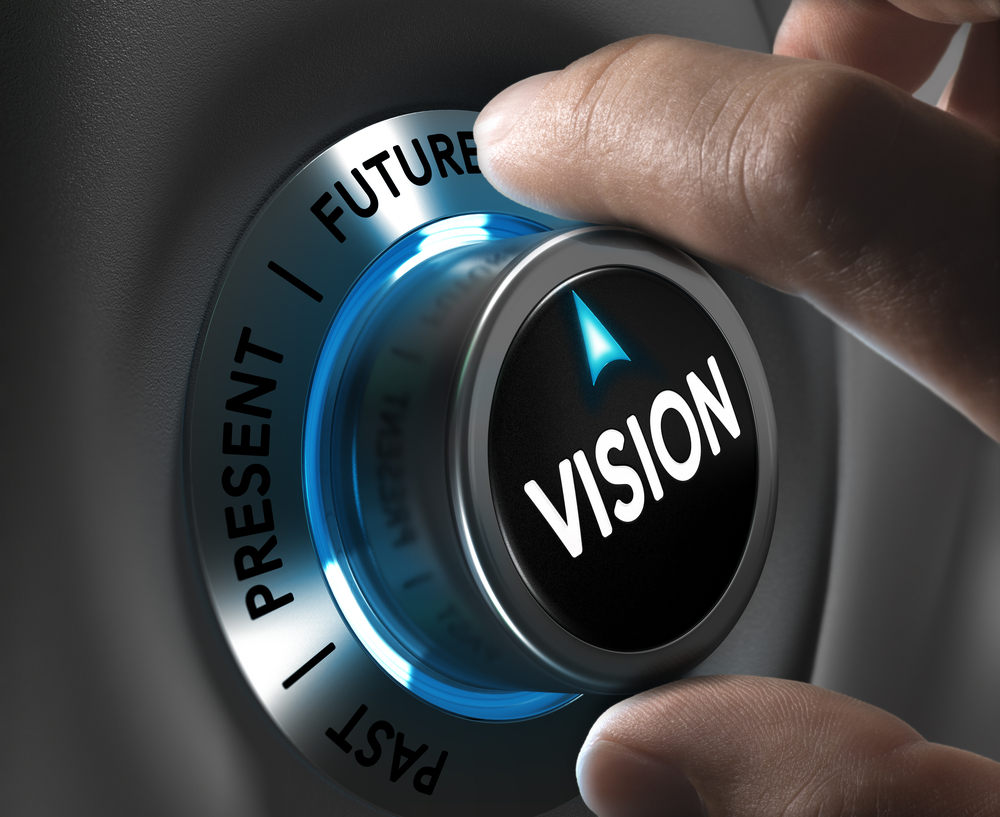 THE ART OF FUTURISTIC THINKING

One of the most important skills to survive Covidland is the ability to see past the insanity, the uncertain and the unknown. As Benny Friedman’s new beautiful song plays in the background as I write, Who can ever make sense of tomorrow, when our dreams keep crashing to the ground. Though it seems like the answer is worlds away… We’ve got enough, just enough, to keep us going – holding on to unbroken, simple faith! Cause a Yid never breaks, and a Yid never bends, and a Yid never gives up in the night; a Yid perseveres, through the deepest despairs; his Emunah strengthens him for the fight! And a Yid understands, that Hashem has a plan, and that’s all it takes to make it through!  His Tatteh loves him, that’s what a Yid holds on to!

There is no better song to play in our minds than this one, as we get ready for Parashat Zachor, Purim, and the eradication of Amalek. There is an unbelievable word that repeats itself, each and every time the erasing of Amalek is mentioned. The word מחר, tomorrow. Esther did not reveal her secret Jewish identity, nor her request to protect her nation, at the first party with Achashverosh and Haman. Instead, she asked, וּמָחָ֥ר אֶֽעֱשֶׂ֖ה כִּדְבַ֥ר הַמֶּֽלֶךְ   and tomorrow I will do as the request of the king. Why tomorrow? Because Amalek, or Haman who was the Amalek of the day, always falls in the “tomorrow”.  As Moshe mentioned to Yehoshua in the original battle with Amalek, וְצֵ֖א הִלָּחֵ֣ם בַּעֲמָלֵ֑ק מָחָ֗ר אָנֹכִ֤י נִצָּב֙ עַל־רֹ֣אשׁ הַגִּבְעָ֔ה And, go out to fight Amalek, tomorrow, I will be positioned on the top of the hill.  We find the word מחר, tomorrow, in King David’s war with Amalek, וַיַּכֵּ֥ם דָּוִ֛ד מֵהַנֶּ֥שֶׁף וְעַד־הָעֶ֖רֶב לְמָֽחֳרָתָ֑ם. Why מחר, why tomorrow?

וַיֵּצֵ֤א הָמָן֙ בַּיּ֣וֹם הַה֔וּא שָׂמֵ֖חַ וְט֣וֹב לֵ֑ב  When Haman left the first party with the King and Queen, with the invitation to come to the second party, he was very happy “on that day”, until he spotted Mordechai sitting at the Palace gate. That was the last day of Haman’s happiness. Haman went from the happiest day of his life to the saddest day of his life, in that one moment! The moment he saw an unrespectful Mordechai, he reached the pinnacle of all depressing thoughts, וְכָל־זֶ֕ה אֵינֶ֥נּוּ שֹׁוֶ֖ה לִ֑י, “All I have is worth nothing to me!” How could everything change in just one moment for Haman?

For Haman, for Amalek, happiness and sadness are dependent on the present moment. He can’t see into what the future may hold, just like his Grandpa Esav, who gives up his whole future of serving G-d, his firstborn rights and the resurrection of the dead for a bowl of red lentils, because NOW he is hungry. This is why Esav is symbolized by the color red, for the urgency of the moment; because all you get in life, according to Esav and Amalek, is what you see right before your eyes. Haman had not patience for things to work out the way he wished, that EVERYONE bow to him. Because to Haman, the present is everything, and if the present is not working out, then everything is GAME OVER. Because Amalek has no hold on the future, or Olam Haba; he has a hold only on the present, or Olam Hazeh.

This is why, when Yaakov told Esav that he would meet him again, עַ֛ד אֲשֶׁר־אָבֹ֥א אֶל־אֲדֹנִ֖י שֵׂעִֽירָה, he said, “until I reach my master, to Seir (Esav’s place).” Yaakov never went to Mt. Seir, Esav’s place, for the rest of his life. But Yaakov was telling Esav that he would meet him again, in the End of Days, וְעָל֤וּ מֽוֹשִׁעִים֙ בְּהַ֣ר צִיּ֔וֹן לִשְׁפֹּ֖ט אֶת־הַ֣ר עֵשָׂ֑ו וְהָיְתָ֥ה לַֽיקֹוָ֖ק הַמְּלוּכָֽה. Why? Because Amalek always meets his end, with the passage of time. All Amalek is, is what you see in the present.

When people start feeling down because of the present, this is Amalek. The root of all depression is Amalek: hopelessness and helplessness, and the feeling of loneliness in your relationship with G-d. This comes from concentrating only on the present, without recognizing the reality that time passes and things change. Futureless thinking is the greatest thing that holds people back from growth.

For those who focus only on the moment and not on the hope of the future, on Olam Haba, … there comes a time of the ultimate humiliation, like Haman’s last day.  To be reminded of his past, of being a barber for 22 years before becoming one of the richest people in world, ever, when he found the hidden treasures of the Holy of Holies of the Temple and the treasures of King David’s royal family. To give Mordechai a haircut, wash him and bathe him, bend over and offer him his back, so that Mordechai could mount Achashverosh’s horse, have sewage dumped on his head by his daughter, who, soon after, committed suicide, and to be hung on the gallows he had built for his archenemy.  He had to transfer all his possessions to Mordechai, including the king’s signet ring! Because a person who lives only for this world, only in the present, goes through the greatest humiliation, in the end.

It is so interesting. When Mordechai and Esther wanted the Megillah to be included in the Torah, they needed to find a Torah source to base it on. They based it on the erasing of Amalek. Rabenu Bachye points out that both in accepting the Torah in the desert and reaccepting it in the days of Purim, קִיְּמ֣וּ וְקִבְּל֣וּ, both instances of accepting the Torah were connected to the eradication of Amalek. Why is erasing Amalek always linked with accepting the Torah?

After the first exile, the Jews felt, why should we keep the Torah, if in the present, G-d sold us as slaves to another nation? If, in the present, He is not in a relationship with us or interested in us? This emotion, הֲיֵ֧שׁ יְקֹוָ֛ק בְּקִרְבֵּ֖נוּ אִם־אָֽיִן, the questioning of G-d being amongst us, is the root of what brings Amalek upon us, and it drains us from the spiritual motivation we need to keep His Torah. The whole Torah, all the 613, are meant to internalize, that G-d is interested in us, amongst us, and involved with us, something we may only realize in the future.

The Talmud teaches the reason why we read the Megillah at night and then, again, in the day לְמַ֤עַן׀ יְזַמֶּרְךָ֣ כָ֭בוֹד וְלֹ֣א יִדֹּ֑ם יְקֹוָ֥ק אֱ֝לֹהַ֗י לְעוֹלָ֥ם אוֹדֶֽךָּ In order that Kavod, the Neshama, will praise You,(at night) and not be silent (in the day).YKVK my G-d!  I will always praise you! This is why Esther is prophetically referred to by David, in Psalms, as אַיֶּ֥לֶת הַשַּׁ֗חַר, the doe of the early morning, because she was swift to light up the world, while it was still very dark. She was able to trust in Him during the times of Haman, which were from the darkest times for the Jewish people, when no one else could see the light at the end of the tunnel. (וְהִנֵּ֥ה אֵימָ֛ה חֲשֵׁכָ֥ה גְדֹלָ֖ה נֹפֶ֥לֶת עָלָֽיו :  G-d hinted to Avraham the four exiles, and חשיכה  , darkness, referred to the days of Haman.) In order to persuade Achashverosh, Haman convinced him that the Jewish G-d is sleeping, and at that moment, G-d fumed on Haman. “I don’t ever sleep! הִנֵּ֣ה לֹֽא־יָ֭נוּם וְלֹ֣א יִישָׁ֑ן שׁ֝וֹמֵ֗ר יִשְׂרָאֵֽל , I am always watching over Yisrael! I promise you Haman, that I will “wake up” on you Haman, and remove you forever from the world! בַּלַּ֣יְלָה הַה֔וּא נָדְדָ֖ה שְׁנַ֣ת הַמֶּ֑לֶךְ

The secret to fighting Amalek, is being the Yid in Benny Friedman’s song. Mordechai merited to Tchelet Mordechai, to be the icon of the blue dye, that we are to wear in our Tzizit strings. Why? Because the blue of the strings is what reminds us of the blue sea, which reminds us of the blue sky, which reminds us of G-d’s throne,… which is missing a part of it until Amalek is eradicated. כִּֽי־יָד֙ עַל־כֵּ֣ס יָ֔-הּ Mordechai, won Amalek by seeing past the present, never crumbling to pressure of the moment, so he merited the power of Tchelet. Ever wonder why blue? What is the common denominator of the blue sea and the blue sky, and seeing past the present mindset of Amalek? It is that what you see is only the surface, but beyond the blue of the sea and sky, and beyond the present, there is so much more than meets the eye.

When the Jews saw that G-d was with us throughout the whole Purim story, even in the darkest of times, and that He is always interested in us, always in a relationship with us, they were, for the first time, ready to accept the Torah, willingly. Because to accept the Torah, you need to be a person who can see past the present, and sometimes “sacrificing” the present, for what the future holds. The secret to greatness is sacrifice. Your willingness to sacrifice the right things in the present, directly determines your level of success in the future. Judaism is a religion of love, and love is dependent on sacrifice. וְאָ֣הַבְתָּ֔ אֵ֖ת יְקֹוָ֣ק אֱלֹהֶ֑יךָ בְּכָל־לְבָבְךָ֥ וּבְכָל־נַפְשְׁךָ֖ וּבְכָל־מְאֹדֶֽךָ:G-d expects us to sacrifice the 6 Ps for Him: Passions, pleasures, perspectives, present, pride, and personality.

Selfie steps to master the art of long-term perspective: