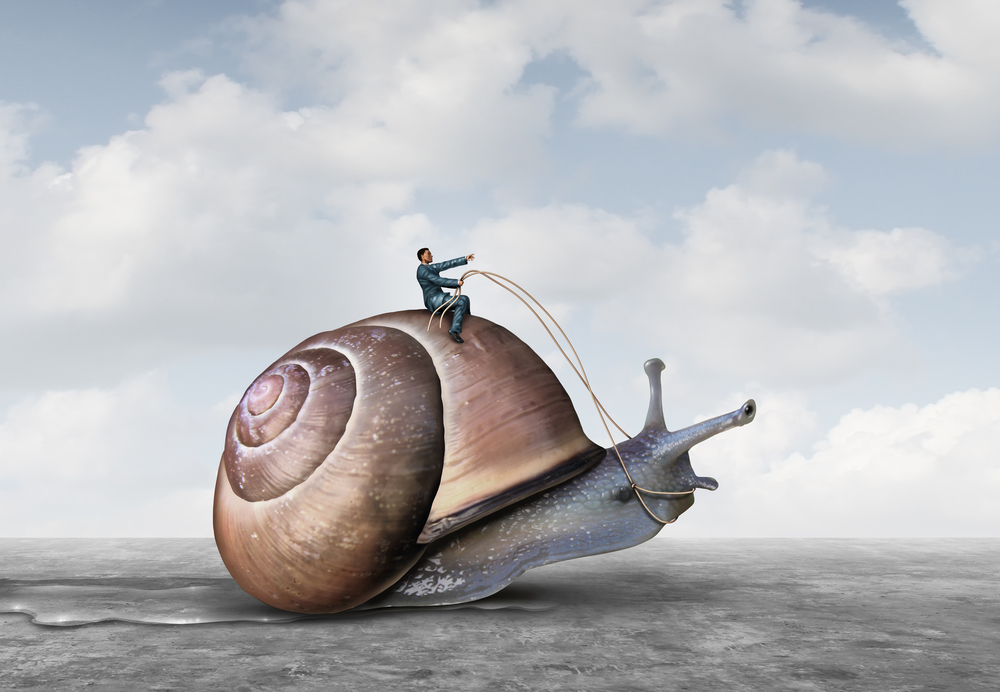 THE ART OF PATIENCE

The episode of the Golden Calf is one of the hardest episodes to understand, when reading the text as is, without the help from the Oral Torah and commentaries. Only after learning the story in depth, can we understand Aharon’s behavior; we can understand that it was not the Jews who sinned with the Calf, but the Erev Rav, the Egyptian converts who joined the nation. It was they who murdered Chur and who did witchcraft to hurry up the process that Aharon tried slowing down. The Jews, themselves, had patience to wait another 6 hours for Moshe to return; they had already waited 210 years to be redeemed. The sin of the Jews, though, was that they did not stand up against the idol worshippers, so they needed to take responsibility for what happened. Instead of G-d destroying the nation, He spread the punishment of the Sin of the Calf over the generations. We are paying the price for that sin until today, because we still have traces of the behavior that caused the Sin of the Calf.

I was asked the other day, what is the difference between Emunah, which is Faith in G-d, and Bitachon, which is Trust in G-d.  In general, Emunah, knowledge that G-d exists, cares and is involved from the past until the present, is the basis for Bitachon, the feeling that you can trust Him to exist, care, and be involved, in your future. Emunah is the same root of וַיְהִ֨י אֹמֵ֜ן אֶת־הֲדַסָּ֗ה הִ֤יא אֶסְתֵּר֙ בַּת־דֹּד֔וֹ כִּ֛י אֵ֥ין לָ֖הּ אָ֣ב וָאֵ֑ם  and כַּאֲשֶׁ֨ר יִשָּׂ֤א הָאֹמֵן֙ אֶת־הַיֹּנֵ֔ק  which refer to the way you were brought up, and how you were nurtured, because Emunah is recognizing that G-d brought you up, and nurtured you, from the very beginning.

Just because you have Emunah, it does not mean you took it to the next level, the level of Bitachon. Lack of patience, anxiety, worry, are all by-products of a lack of Bitachon, not relying on G-d.

Patience, according to Judaim, is rooted in humility, as we find how Rashi describes the word Humble in the following Passukוְהָאִ֥ישׁ מֹשֶׁ֖ה עָנָ֣ו מְאֹ֑ד מִכֹּל֙ הָאָדָ֔ם אֲשֶׁ֖ר עַל־פְּנֵ֥י הָאֲדָמָֽה  Rashi explains that humble means patient because real patience is relying on G-d, trusting in Him, because you know that until now, He exists, cares and is involved. Acquisition of humility is the direct result of internalizing faith.

Studies have shown that people who internalize faith and trust in G-d behave differently than those who do not. In a study published in January 2012 in the Journal of Personality and Social Psychology, researchers found that religious participants had extra abilities to resist the temptation of junk food. (The bad news is that those who frequently attend religious parties, i.e., Kiddush, Bar or Bat Mitzvahs, weddings and other events, are 50 percent more likely to be obese by middle age, than those who don’t attend religious events.) Religious people tend to live longer. They tend to be happier and are better at dealing with setbacks, better at recovering from depression and dealing with the anxiety associated with making mistakes. And religious people tend to be healthier and have lower blood pressure, all dependent on how much they internalize that all is for the best, and that G-d is supervising every aspect of our lives.

The funny thing in dealing with anxiety over what the future will bring is that positive thinking does not help. When a client comes to me to be coached out of anxiety, I know that they tried thinking positive, but it won’t work. So, I take a different approach: Every emotion G-d created has a purpose. Anxiety and stress are good, when they are purposeful and act as a propeller and bring you to perform, to mobilize yourself, to hustle, reach a deadline, make an important decision, take a worthwhile risk. But they are not good when they block relationships, cause inactivity, or a sense of feeling frozen in your tracks.

Instead of trying to help them think positive, I ask the client to imagine how they would behave and feel if they stopped feeling anxious. Without anxiety, do you have more time to solve another problem, exercise regularly, connect through joy, give love, focus on career, complete projects, connect with family?

But the most powerful way of helping the client is by bringing him to a recognition that G-d is waiting for them to rely on Him. This is why, when I have the opportunity to take my clients for a drive and talk, I offer a drive of 10 minutes to Kever Rachel, to pray at one of the holiest places in the world.

People who live with anxiety don’t realize it, and people who live with anxiety-ridden people don’t notice how much it effects the normalcy and calm of life. It is like sitting in a boiling hot jacuzzi: eventually, you don’t feel that the temperature is boiling, and it is not supposed to be this way! It is only from a place of calm that you can give out positive energy and positive vibes to the people you meet and live with. And only from a point of serenity that it is enjoyable to spend time with you, do you become a person that is easy for others to love you.

The rest of the Jews were held accountable for not having stopped the Egyptian converts. Why didn’t they stop them? Because anxiety, like all emotion, is a super- spreader. The Erev Rav could not wait for just 6 more hours. וַיַּ֣רְא הָעָ֔ם כִּֽי־בֹשֵׁ֥שׁ מֹשֶׁ֖ה All humans have this impatience, this anxiety. It was one of the roots of Adam’s sin; he could not wait a few more hours until Shabbat, when he would be allowed to eat the Forbidden fruit. (Zohar) G-d even created Adam on Friday, so that it would not be so hard to wait. But Adam failed this test, and so do we. Aharon knew that the secret to fight the Yetzer Hara, is מחר, waiting for tomorrow, pushing the Yetzer Hara off to later. Push him off for a few minutes. And then, a few minutes later, push him off for just another few minutes, until he is completely gone. Because the secret weapon of the Yetzer Hara is the excitement of the moment. The anxiety, the uncomfortableness and uneasiness of the Now.

The emotion of anxiety, the need to get things done, the inner voice that doesn’t stop saying Do it Now! is a very Jewish emotion. Jews are known to be the first ones to stand up when the plane lands, to come up with solutions, to try new ideas. The Talmud tells us that the Gentile calls us עמא פזיזא, a nation that acts without thinking, for we accepted the Torah not knowing what it contained, when we said נעשה ונשמע. (Shabbat 88a) But at the same time, G-d wants us to follow in His ways, and to be ארך אפים, to be masters of patience. On the High Holiday prayer of ונתנה תוקף, we praise G-d that ועד יום מותו תחכה לו, that G-d waits for a person to do Teshuva, until his last day.

When G-d asked us to build His Mishkan, it was referred to as משכן העדות, the Tabernacle of Testimony, as it was testimony to the Jews that G-d forgave them the sin of the Golden Calf. Although the Jews built the Mishkan with lightning speed and utmost precision from Sukkot until the 25th of Kislev, G-d asked Moshe to fold it all up and put it away and wait until Rosh Hodesh Nissan, three months later, to set it up again. Why? To teach them patience, which lack of which was the root of the sin of the Golden Calf. What was special about Rosh Hodesh Nissan, though? Rosh Hodesh Nissan was the birthday of Yitzhak, the master of self-sacrifice. The only way to become patient is by acting with self-sacrifice, going against our hasty nature.

1.So many problems in life have no other cure than patience. Patience is bitter, but its fruit is sweet. Great things take time to evolve naturally.

← THE ART OF RECONNECTINGTHE ART OF FIGHTING YOUR YETZER HARA →