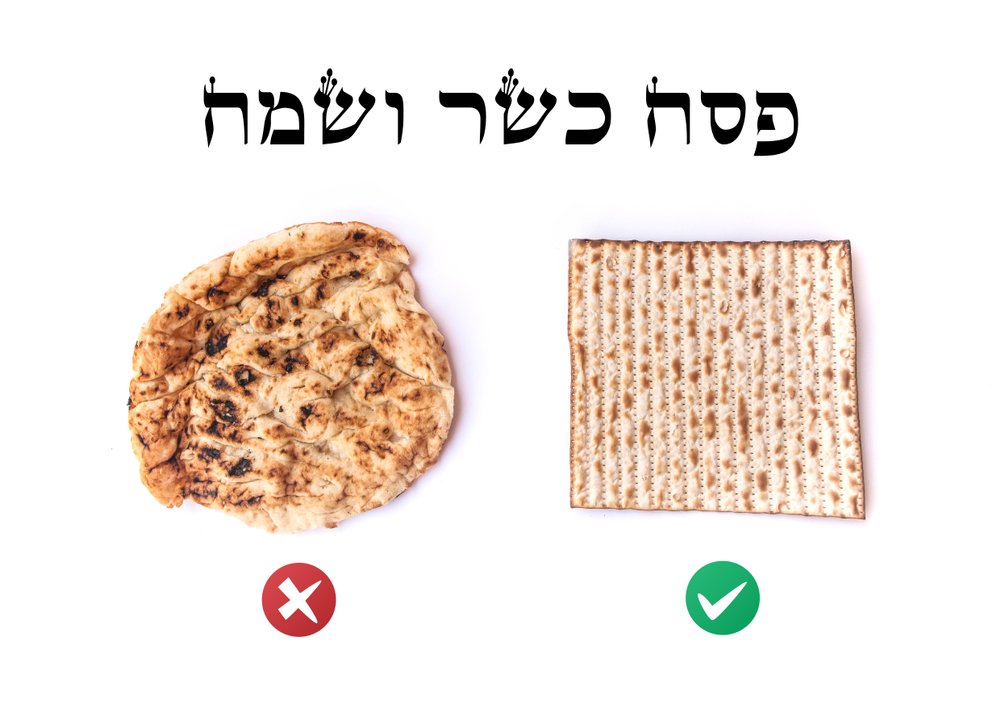 THE ART OF FIGHTING YOUR YETZER HARA

Each year before Passover, there are so many things about Chametz I have a hard time understanding. Our Rabbis teach that the Chametz is what prevents us from serving G-d. (Berachot 17a) The Zohar writes in numerous places that the Chametz is symbolic of the Yetzer Hara, and that if one is careful not to have Chametz in his possession, his body will be protected from the Yetzer Hara down below, and his soul will be protected on high. The Arizal promised that one who is careful from even a drop of Chametz on Pesach will not sin all year long. (Beer Heteb 447;1) Only once a year, we have an opportunity to physically search, destroy and burn our Yetzer Hara.

The answer is the original Chametz. The first year that the Jews had to leave Egypt, they had no time to wait. If they had waited just another minute for the dough to rise, they would not have been able to leave Egypt! So many times in life, the reason we are not performing our best is because we are not jumping to the opportunity. We procrastinate. This is the way the Yetzer Hara gets us: he finds something small for us to busy ourselves with first, before the most important things, and this prevents us from getting around to the most important things. Similar to the word חימוץ, missing an opportunity, or, letting something good go sour, as you did not take advantage of it when it had its greatest value. The Passover holiday is the holiday of freedom, and the only way to be free of the Yetzer Hara is by recognizing what it is and staying far, far away from it.

Each year at the Seder, the Chatam Sofer would tell his family that there were two ways, then, that the Yetzer Hara tested the Jews in Egypt before the Redemption, and these two tests will repeat themselves before the Final Redemption. The first test was running after money. During the plague of darkness, the Jews saw the houses of their Egyptian enemies and their immense wealth, and their hearts burned with the desire to take advantage of the opportunity to take as much money as they could, partially out of revenge for their slavery and oppression. The second test was the test of fear, because on the night of Passover, the Jews were hidden away in their homes, and they heard the most horrific cries anyone has ever heard. The Jews were not sure if it was only the cries of the Egyptians over their first born, or if it was more Jews who were dying. (During the plague of darkness, 12 million Jews, the Jews who were not ready to leave, died in Egypt. Only one fifth, three million Jews, left Egypt.) But the Jews believed in Moshe and stayed indoors, and waited for instructions. The same test will be in the times of Mashiach. People will be tested in the End of Days with a tremendous passion to chase after opportunities to amass wealth, and there will be tremendous fear. And in the times of Mashiach, we will be saved, only in the merit of listening to our great Rabbis. (Michtav Sofer, Ch. S. Parashat Beshalach, וחמושים)

It is so interesting. There is a parallel between the three types of Chametz and the three types of Yetzer Hara. Type 1: Chametz that is Kazayit, the size of a matchbox, that you see. Type 2: Chametz flavor that is “in the walls” of our eating utensils. Type 3: Chametz that is less than a Kazayit, that you do not see, and you are not aware of; you are not obligated to search it and get rid of it, but we do try to rid ourselves of it in any way we can, as we are accustomed to doing.

There are also three Yetzer Hara types. There is the Yetzer Hara we are aware of, for example: anger, lashon hara, etc. But, there is a Yetzer Hara that is more complicated, more subtle, more complex – the one that is imperceptible, but which hides “in the walls” of the human psyche. Even though you do not see this inclination, you know that it is there and is triggered under certain circumstances. Also, at times, our Yetzer Hara can drive us to do “Mitzvot” with “hidden” objectives, such as honor, jealousy or negativity. Then, there is Type 3 Yetzer Hara, the one that is so, so, small. Bad friends, bad places, bad internet filters. You don’t realize how this Yetzer creeps up on you. You give him a finger, and he swallows you up.

The Yetzer Hara tries, first and foremost, to get us to become haughty, to have an inflated ego, similar to the rising element of Chametz. This is how he gets us angry. And just like there is a very fine line, a delicate balance, between a healthy self-esteem and an inflated ego, there is only a small difference, a “fine line” between the words חמצ  and מצה.  The Yetzer Hara never convinces us to do things we don’t really want to do. Instead, he convinces us to do the most minute wrong thing and continue transgressing the “fine letters” of our Rabbis, until it convinces us to transgress the worst. (Shabbat 105b) The Yetzer Hara is paralleled to Chametz in the sense that Chametz rises quietly and unnoticed, and it slowly doubles and triples its original size when you just leave it on its own: so too does the Evil Inclination function, imperceptibly multiplying and magnifying our negative habits and tendencies.

This explains why Chametz on Pesach is the only food item that is not only forbidden for us to eat, but it is even forbidden to derive any pleasure from, forbidden to have in our possession, and forbidden in its smallest form, even if it is just an invisible flavor that is hidden in the walls of our utensils. Because the Yetzer Hara is something that creeps up on us, in the smallest forms.

Why are these the two exceptions for bringing Chametz? Because there are two places where the Yetzer Hara has no influence. On a person who is thankful to G-d, who realizes how we are totally dependent on Him. And on a person who is in the Bet HaMidrash learning Torah, which Shavuot is all about. As the Talmud teaches, if you meet the Yetzer Hara, bring him to the Beit Hamidrash, because the involvement and immersion in Torah will melt him away. (Maharal Tifferet Yisrael; Succah 52b; Kiddushin 30b)

The Yetzer Hara challenges us on three fronts, in מחשבה , דיבור , מעשה  . Our thinking, our words and in our actions. So, before Pesach, we are to rid ourselves of him by annulling all Chametz in our minds(ביטול), we are to give up ownership (הפקר), and we are to burn the Chametz, physically.