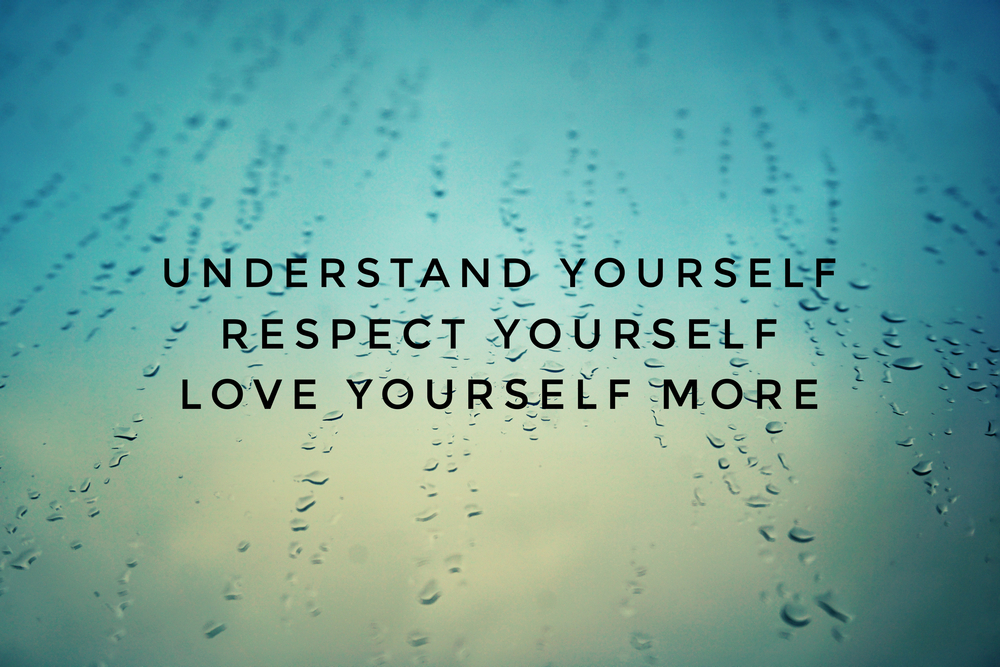 THE ART OF OVERCOMING

Parashat Vayigash is probably the most emotionally intense parasha in the whole Torah. And, I learnt about the most intense moment, only this year. At the climax of the story, Yehuda explains to his brother Yosef, who appears to be an intransigent Egyptian leader, how hard it will be for his father Yaakov, to lose Binyamin. He says something that blows my mind. וַיֹּ֛אמֶר עַבְדְּךָ֥ אָבִ֖י אֵלֵ֑ינוּ אַתֶּ֣ם יְדַעְתֶּ֔ם כִּ֥י שְׁנַ֖יִם יָֽלְדָה־לִּ֥י אִשְׁתִּֽי “And your servant, my father (Yaakov), said to us, ‘You know, that my wife bore to me two children.”

Why didn’t Yaakov say to his sons, ‘You know that Rachel gave birth to two children?’ Why did Yaakov say, My wife bore me only two children?! As if Yaakov’s other wife, Leah, was not really his wife?! As if Leah’s children were not his children?!? The Ramban, Rabbeinu Bachye, Malbim, all explain that Yehuda told this Egyptian leader that their father had said that Rachel was Yaakov’s only “real” wife, the only one that he had chosen. Yosef and Binyamin were Yaakov’s only real children. Yaakov was tricked into marrying Leah.

How hurtful for Yehuda and the rest of the brothers to feel, that their mother Leah was never really wanted? And that they were considered on the same level as the children of the handmaids? Wasn’t this exactly what they feared and what caused them to sell Yosef?! How can it be that Yehuda stills love his father and calls him, my father?!?! And if that wasn’t painful enough for Yehuda, Yehuda was telling this tough Egyptian leader that he was willing to give up his life to save the life of Binyamin, … and Yaakov had actually given his consent and agreed to this, as if Binyamin’s blood is redder than Yehuda’s?!?!! How much more pain and insult does Yehuda need to take from his father Yaakov?

Let us set things straight. Chas Veshalom to think that Yaakov did not love Leah, or did not love the other ten tribes! After all, he gave them beautiful berachot before he died, giving royalty to Yehuda, priesthood and leadership to Levi (וַאֲפִיצֵ֖ם בְּיִשְׂרָאֵֽל -יָפ֣וּצוּ מַעְיְנֹתֶ֣יךָ ח֑וּצָה) Leah clearly told Rachel וַתֹּ֣אמֶר לָ֗הּ הַמְעַט֙ קַחְתֵּ֣ךְ אֶת־אִישִׁ֔י וְלָקַ֕חַת גַּ֥ם אֶת־דּוּדָאֵ֖י בְּנִ֑י, meaning, that Leah perceived, after she married Yaakov, that it was a sign from G-d that she was able to change her fate, and that Yaakov became her intended. When Lavan switched Rachel for Leah, Rachel never told Leah that she was giving her the “simanim”, the signs Yaakov made up with her.  The “signs” were the laws of Jewish family purity, and Rachel just taught her sister Leah the laws, without telling her that she was giving her the signs. (Rav Shwadron) Yaakov loved all of his children equally. The only “big” parenting mistake Yaakov ever made was just a few threads that Yaakov added to the cloak of Yosef, more than was added to the cloak of the brothers. The result of this was that our forefathers went down to Egypt and suffered the bitter 210 years of slavery there. (Shabbat 10b) But other than that, Yaakov was the best father and husband ever!!!! So what did Yaakov actually mean, when he said something so insulting?

Yaakov held all his children accountable for each other, always. When Shimon and Levi annihilated all the males in the city of Shechem on their Bar Mitzvah, acting as “brothers”, so that ‘their sister’ Dinah should not be treated like a harlot, Yaakov held them accountable on his deathbed: Why couldn’t they act like a brother for Yosef, as well, when he was crying for help in the pit?? That is what Yaakov meant, שִׁמְע֥וֹן וְלֵוִ֖י אַחִ֑ים, Shimon and Levi, you are brothers only to Leah’s children, not to Rachel’s children?!?

But that is not how Yehuda felt. He understood his father to be saying that his only wife was Rachel, and it was painful, until Yehuda turned everything around, inside, something that made him deserving of royalty.

In my “people skills” course, I teach that there are three needs that all people have. They are called URL. People need to feel Understood. They need to feel Respected. And they need to feel Loved. The way to supply these three is through Triple A. Attention, Appreciation, Affection. Attention – will make someone feel Understood. Appreciation will make them feel Respected. Affection will make them feel Loved. The way to “win friends and influence people” is by trying to give these A’s as much as you can, and take them from others, only sparingly. (See Orchot Tzaddikim; Ahava;ובאיזה דרך )

But what are we supposed to do when the people we expected to love us, appreciate us, or understand us, don’t? What if your father, mother, family, or teacher did not love you, appreciate you, or understand you? You have a basic emotional need that was not met. Yehuda, here, is teaching all of us a lesson. Being loved as a child, being loved by your father, is a basic emotional need. Despite that, when someone grows up with a lack of love, this does not have to break them. On the contrary: it could actually be a catalyst to build them.

Psychologists and studies tell us that people who grew up feeling unloved, not appreciated and not understood, have a lot to overcome. As they approach adulthood, they can feel not good enough, unwanted, unsafe, untrusting, rejected, neglected, abandoned, criticized, codependent and seeking ‘comfortably uncomfortable’ relationships, or living alone. If the love they received was conditional, they can suffer from fear of failure and insecurity.

The Torah teaches, though, that man is created in G-d’s Image, and a broken child can recreate himself.  The grown-up, unloved child has a choice. The unloved child can choose to begin to learn how much each and every human is loved by G-d, more than all the love from any other source in the world. And everyone deserves self-love, self- care and self-confidence.

Although it is challenging, a person can choose to use the painful past to empower them for the future. For example, since love is something they are still trying to figure out, they don’t have only one language of love; they can understand and be sensitive, give love to others, while being in tune to the fact that everyone has their own “love language”. Verbally, (I love you), virtually (presents), touch (hugs and kisses), taste (restaurant, treats, helping out in the kitchen, making desired dishes), time (quality time alone, listening) and effort (errands, helping in and out of the house.)

They don’t want any one treated the way they were treated, as nobody deserves to go through what they went through. And they know that it takes a long time to build trust that one is loved. They know that children need love, especially when they have done nothing to actually earn it,  and that children who need love the most will always ask for it in the most unloving ways. They know better than anyone else that a child needs someone to be their protector, friend, confidant, proud of them, and to be their fan. Those who were deprived from the time that they were dependent upon their parents know that the way you spell love is T I M E, and the greatest gifts you can give your children are love, attention, and confidence.

It was very painful for Yehuda. But now, from his own experience with Tamar, Yehuda understood, clearly, that G-d is the One Who will decide who you marry and who will be the mother of your children, not you. Yehuda now chose not to look for love, but to give love, to protect and be loyal to those from whom he did not receive it. He was ready to ignore the “fact” that he was never really wanted by his own father, and put himself on the line for those who had never put themselves on the line for him. He was even willing to give up his own life for the life of Binyamin, as if Binyamin’s blood was more valuable than his own!

Until he was 28, King David’s own father and brothers assumed that he was a Mamzer, an illegitimate child. מ֭וּזָר הָיִ֣יתִי לְאֶחָ֑י וְ֝נָכְרִ֗י לִבְנֵ֥י אִמִּֽי (Tehillim 69; see Yosef Tehilot) David’s mother, Nitzbat bat Adiel, was a great woman, and Yishai, David’s father separated from her for three years, because he was concerned that his grandmother Ruth, a Moabite, was not actually permitted to marry his grandfather Boaz.  If that were true, it would have made it impossible for Yishai to stay married to Nitzbat. But the maidservant of Yishai did not feel comfortable taking Nitzbat’s husband, so she planned with Nitzbat that the latter would become pregnant from Yishai, instead of herself, something known to no one. (Nitzbat bat Adiel was such a holy woman that there is a segulah, to have G-d answer your prayers, to say her name 17 times. (Pachad Yitzchak 87) David was sent to the fields by his brothers to shepherd the family flock, in the most dangerous places, surrounded by lions and bears. But he did not break. Why??? כִּי־אָבִ֣י וְאִמִּ֣י עֲזָב֑וּנִי וַֽיקֹוָ֣ק יַֽאַסְפֵֽנִי: (Tehillim 27) If no one loves me, G-d will lift me up and take care of me!!!! Shmuel appointed him king, while prophesizing that he was a legitimate son Yishai, only at the age 28! (See Me’am Lo’ez Shmuel A,16, 11) For the first 28 years of his life, King David felt that the only one who loved him in the world was G-d, and he used this to empower him to become the person he became.

← THE ART OF BEING AN IVRITHE ART OF CHANGING THE WORLD →