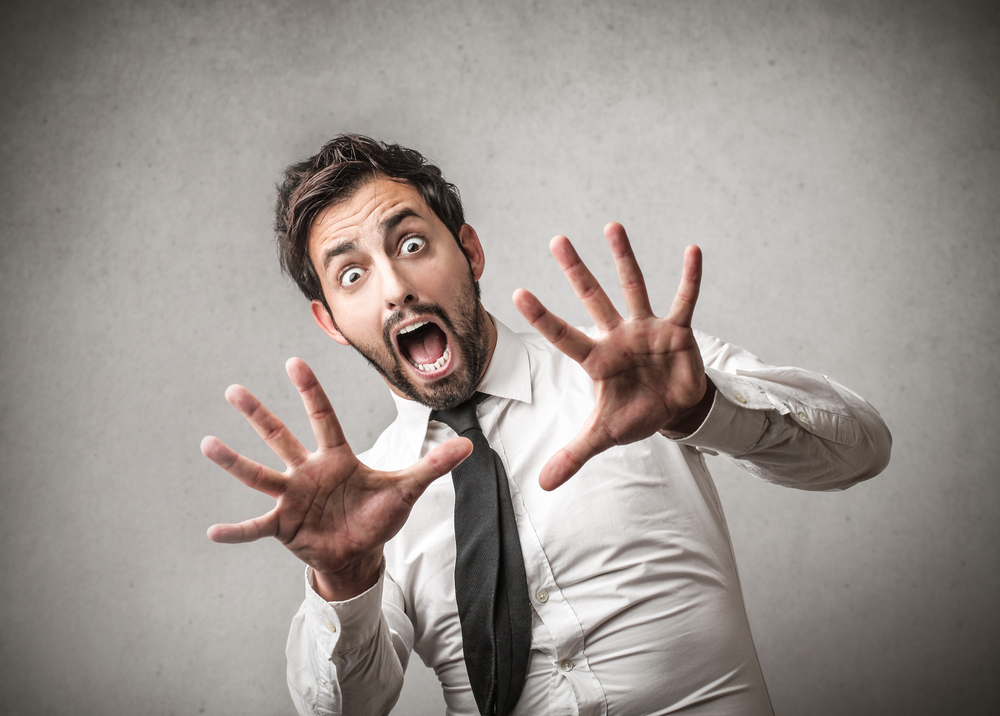 THE ART OF NOT BEING AFRAID

A person can bring himself miracles, save himself, and protect himself by meditating on the concept of אין עוד מלבדו: there is no power or will in the world, other than the power and will of a One G-d. (Nefesh Hachaim 3;12) No one can hurt me, if G-d does not allow it. If a person trusts in Hashem that He will fill all of his needs,Heaven will fulfill his prayers. But if a person does not believe, if a person is worried, it is decided in Heaven that he will be lacking in Parnassah. (Kedushat Levi Beshalach והנה ידוע)

Worrying is not Jewish. Fear is not Jewish, unless it is fear of G-d and His Word, enveloped by awe and a very lofty respect. The Torah commands the judge not to fear the offender, once the law of the Torah is clear to the judge, once it is clear to the judge what is the word of G-d in the case. לֹ֤א תָג֙וּרוּ֙ מִפְּנֵי־אִ֔ישׁ (Devarim 1;17) If the judge or the Rabbi may lose his money or his job by ruling against the offender, he should still not fear the offender. Even if he may risk his personal safety or the safety of his family members, it is questionable if a judge or Rabbi is allowed to not say the truth of the Torah, out of fear of getting hurt physically. This is all because we believe, אין עוד מלבדו, there is no power in the world, other than G-d.

G-d is everything, אתה מושל בכל, and G-d is good, טוב ה’ לכל is something we say at the start of each day of our lives. No one can do anything, not even the Nazis, if G-d does not allow it. “Zyklon”, the name of the gas used in the gas chambers has the same numerical value as the word used in the Torah to describe G-d’s wrath, חרה . We know that Judaism teaches that the hearts of world leaders are in the hands of G-d. ה”  לֶב־מֶ֭לֶךְ בְּיַד (Mishlei 21;1) How ironic, that the last name of President Biden, who no one can understand what is going on in his head, has the same numerical value as אלקיך, your G-d, for Biden is just a puppet of G-d! No one can do anything to you, without G-d allowing it, and if there are sins, they sometimes take their toll. We can pray. We can repent. But it is not the person that we are afraid of: it is our sins.

As the stock market enters a bear market, I am reminded of the words that got us out of the Great Depression, from the first words of FDR’s inaugural speech: “There is nothing to fear but fear, itself.”  When the fear holds you back from living your fullest life, it is definitely worth facing, familiarizing and fighting, in order to live your life to the max.

Fear is something worth acknowledging, in order to understand what is holding you back, what is keeping you safe, or what you need to face. The most common rational fears people have are of poverty, criticism, sickness, loss of love, rejection, old age and death.  The most common phobias, or irrational fears people have, are of spiders, snakes, dogs, dentists, heights, flying, highway driving, public speaking and needles. The most common primal fears are fear of loud sounds, of falling, of cramped spaces, of open spaces, of darkness, of shame and of being injured. The most common fears that women have are the fear of standing up for themselves and speaking up, traveling alone, being judged, not looking the way they want to.  The greatest fears of teens are fear of not being successful, closing doors on possible future opportunities, making mistakes that will mess up their future and not being accepted by their peers.  The biggest fears in business are the fears of failure, of change, of taking a risk, of letting others down, not having proof of concept, not being able to balance everything. The common fears of the Torah Jew are wasting time, taking away hours from learning Torah, bad influences, immodest sights, social media, not properly filtered smart phones, not having nearby a good school for the kids, not having a minyan, kosher food, fear of dogs, fear of living life without accountability to G-d, saying the wrong blessing, speaking lashon hara and fear of the Final Judgement. The common fears of the not-so-religious Jews are fears of Rabbis and the ultra-religious, fear of fanaticism, fear of not being “normal” in the eyes of the non-religious and of the non-Jewish, fear of assimilation and fear of missing out on the best of both worlds, Olam Hazeh and Olam Haba. It almost seems as if all human behavior is governed by fear. Some fears are legitimate, and some are not. People spend a lot of money to help them deal with their fears, and many times it is money well spent, although many times, it is not.

G-d won’t make miracles, though, until you stop being afraid, until you calm down. Yehoshua sent the spies into Yericho to construct battle plans, even though the war was eventually won with G-d fighting, with clearly open Heavenly miracles, alone. Why? Because the Jews were afraid of the Cana’anim, and when there is fear, G-d does not make miracles. Only after the Jews heard from the spies that the Cana’anites were petrified of the Jewish people, Yehoshua knew that G-d would start performing miracles.  This is why the Torah commands that the Jewish soldiers who were afraid of the war needed to be sent back home. Because fear spreads. And when there is fear, there is no place for miracles.

This is how Rabenu Bachye explains the words of Yehoshua and Kalev to the spies and to the frightened Jewish nation, before Yehoshua and Kalev were nearly stoned by the frightened people. אַ֣ךְ בַּֽיקֹוָק֘ אַל־תִּמְרֹדוּ֒ וְאַתֶּ֗ם אַל־תִּֽירְאוּ֙ אֶת־עַ֣ם הָאָ֔רֶץ כִּ֥י לַחְמֵ֖נוּ הֵ֑ם סָ֣ר צִלָּ֧ם מֵעֲלֵיהֶ֛ם וַֽיקֹוָ֥ק אִתָּ֖נוּ אַל־תִּירָאֻֽם:   (Bamidbar 14:9) But in YKVK don’t rebel, and you shall not fear the nation of the Land, for they are (easy to be consumed as) our bread.  Their “shade” (their merit and protection) has been removed from upon them, and YKVK is with us; don’t fear them. Why is it considered that fearing the Cana’anites is rebelling G-d?!?

Sometimes, fear can be seen as so severe in Heaven that it is considered as if you are rebelling against G-d. Being that אין עוד מלבדו, there is nothing else in the world, other than G-d, when G-d gives a promise, worrying that He is not able to keep His promise, is rebelling against Him. When the spies claimed that the people in the Land were stronger, they were saying that the nations are stronger than G-d, Has Veshalom.  As Rashi comments: חזק הוא ממנו – כביכול כלפי מעלה אמרו , which is definitely a rebellious thought. It is considered a rebellion, when G-d tells you what to do, or how to believe, or what is going to happen, and due to the circumstances, you doubt it. Your fear of giants, of scary people, of getting hurt, or of dying, can mean that you don’t believe in G-d’s sovereign rule of the world, and that is considered a rebellion.

When we will no longer be afraid, we will be titled Tzaddik. Do you know where Yosef got the title of Yosef Hatzaddik from? When the wife of Potiphar tried to seduce Yosef, she threatened him saying, I will throw you in jail. He told her, השם מתיר אסורים . G-d releases the imprisoned. You can’t lock me up, if G-d won’t allow it.  She then threatened, I will break your back! He responded השם זוקף כפופים. G-d uplifts those who are bent over. You can’t break my back if G-d won’t allow it. She then threatened, I will blind out your eyes! To which Yosef responded, השם פוקח עיוורים. G-d opens the eyes of the blind!!! Because he was not afraid of his boss’s wife’s threats, he was called, Yosef Hatzaddik!! (Avot DR’ Natan 16)

← THE ART OF STAYING SANETHE ART OF PUBLIC PERSUASION →