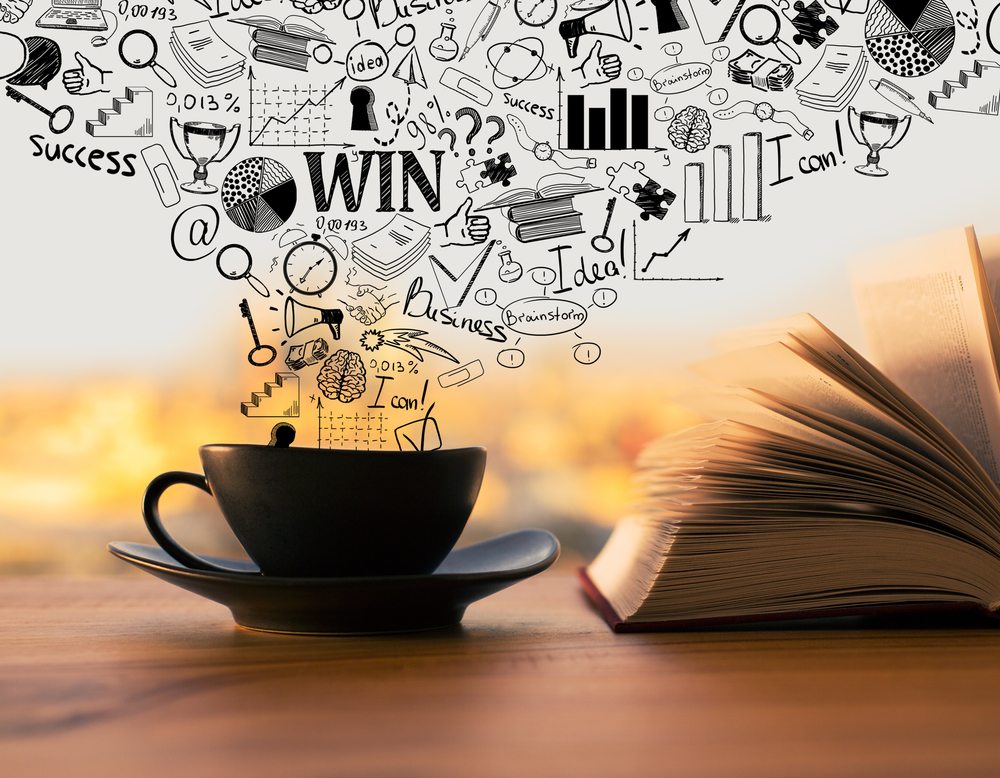 THE ART OF KICKSTARTING YOUR DAY

The purpose of all Thinkingaboutme.org articles is to bring self-help from the parasha. I started writing with the belief my Rabbis taught me, when I started learning coaching 12 years ago: there is no such thing as a genuine self-help tool, that the Gentiles teach, that is not written in the Torah, on a deeper level. And after writing an article, each week, for 12 years, I can’t believe the infinite self-help wisdom of the Torah: I never, ever, lacked something new to write!

One of the basics of self-help and life coaching is to utilize the hour of power: the morning. The most productive people, who went from zero to hero, in any area of life, made sure to utilize the early morning hours to get into the momentum for peak performance and have tremendous impact on the rest of the day. The morning routines: exercise, meditation, learning, prayer, family time, a healthy breakfast, getting to work before the hustle and bustle, seem to be the secret of the successful, giving them the confidence, calm and positive attitude needed to be most productive in checking off the boxes of their to do lists. If you win the morning, you win the day. A good morning, physically and emotionally, powers you throughout the day. It does not mean that you should not start your day or leave your house until you have done all these to perfection. It just means that you need to recognize the power of the morning and plan out your early-hour routines in advance, from the night before. Just ten minutes of strategizing your next day’s schedule the night before can save you up to three hours of wasted time of execution, the next day. Those who start off the day fresh, with a preplanned routine, start off the day with a proactive mindset focused on what is “important”, not a reactive one to what is “urgent”, and meaningless tasks. This is the concept of the first time it says בקר, morning, in the Torah. וַֽיְהִי־עֶ֥רֶב וַֽיְהִי־בֹ֖קֶר י֥וֹם אֶחָֽד . According to Judaism, the morning goes after the night before.

R’ Wolbe wanted to write in the intro to his epic book, Alei Shur, that his whole book was written in the morning hours, and that everything he wrote in the later hours of the day, he erased the following day. In the morning, there is a clarity that is just not there during noon and evening. The best surgeons make the hardest surgeries early morning, because the morning has in it the most clarity. A person can learn in one hour in the morning what it would take him 3 hours to learn, later in the day. What is the secret power in the mornings, and where do we see it in the Torah?

Each morning, in Shacharit, we say, אֵלֶ֥יךָ יְ֝קֹוָ֗ק נַפְשִׁ֥י אֶשָּֽׂא To you, G-d, I lift my soul (Tehillim 25;1), and in You I trust בְּךָ֣ בָ֭טַחְתִּי. What does this mean? It means that although you gave G-d a worn-out Neshama at night,   בְּיָדְךָ֘ אַפְקִ֪יד ר֫וּחִ֥י (Tehillim 31;6) every single morning, G-d gives you back a fresh Neshama to kickstart an amazing day, חֲדָשִׁים֙ לַבְּקָרִ֔ים רַבָּ֖ה אֱמוּנָתֶֽךָ (Eicha 3;23/ Pesikta) This is what the words mean, מוֹדֶה (מוֹדָה) אֲנִי לְפָנֶֽיךָ מֶֽלֶךְ חַי וְקַיָּים. שֶׁהֶֽחֱזַֽרְתָּ בִּי נִשְׁמָתִי בְחֶמְלָה. רַבָּה אֱמֽוּנָתֶֽךָ. That You gave me back my Neshama, with grace, and Your faith is great, רבה אמונתך in that I give You each night a worn out and tattered Neshama, and I can trust that You will give it back to me, fresh and clean, ready to start life, anew, each day.

The morning is the time when G-d grants His Grace, more than any other time in the day. וּבֹ֗קֶר וּרְאִיתֶם֙ אֶת־כְּב֣וֹד יְקֹוָ֔ק בְּשָׁמְע֥וֹ אֶת־תְּלֻנֹּתֵיכֶ֖ם עַל־יְקֹוָ֑ק you will see the honor of G-d, in that He heard your complaints on G-d. Rashi brings the Mechilta of R’ Shimon Bar Yochai, that explains this Passuk: The reason why the Mannah was brought in the morning is because the Jews were right for asking for the Manna, so G-d gave it in the morning, which is the time G-d shines His Face. In contrast, regarding the Slav, the Jews were in the wrong for asking for meat, G-d gave the Slav at nighttime, the time when G-d’s Face is “dark”. The mornings have in them G-d’s special radiance, something that you can’t get any other time in the day. G-d gave the Manna specifically in the morning, to express that He is giving them the Manna out of love.  As the Zohar explains, the morning is the time of great Chessed in the world, while night is the time of judgement. (Zohar Parashat Haman 404)

The morning is celebrated by the chirping of the birds, and that is why it is called צפרא, because chirping birds in Lashon Hakodesh are ציפורים צופרים. (Meshivat Nefesh 1;5) The reason why morning is called בקר Boker, is because it is similar to other root words, like בכר, which means firstborn. It is similar to בגר, which means grown up. And similar to the root פקר , which means free. Although morning, firstborns, grown up, and free, don’t seem to have anything to do with each other, they all have a common denominator of freedom and independence. This is the reason why the root of בקר, morning, and בקר, cattle (cow), have the same root, because the cow is the most independent of all domestic animals. (R’ Shimshon R. Hirsch) If you want freedom and independence in life, don’t hit the SNOOZE button!

The reason why morning is called בקר , is from the root ביקור, which means to examine.(See commentators on Bereshit 1;5) When someone does Bikur Cholim, he is examining the status of the Choleh, the sick, to see if he could help in any way, physically or emotionally. The reason why the morning is called “examine” is because it is the time to reexamine everything in your life. You have 25,000 mornings, on an average, in your adult life, to reexamine how you live and what your life is about. Every single morning, you are being judged, a special judgement of the morning. וַתִּפְקְדֶ֥נּוּ לִבְקָרִ֑ים לִ֝רְגָעִ֗ים תִּבְחָנֶֽנּוּ: (Iyob 7;18/ Midrash Tehillim Mizmor 72) This is why, there are so many Halachot in Shulchan Aruch of how to start your day.

When Moshe wanted to prove to Korah that Aharon was deserving of the Priesthood, he said  בֹּ֠קֶר וְיֹדַ֨ע יְקֹוָ֧ק אֶת־אֲשֶׁר־ל֛וֹ וְאֶת־הַקָּד֖וֹשׁ וְהִקְרִ֣יב אֵלָ֑יו וְאֵ֛ת אֲשֶׁ֥ר יִבְחַר־בּ֖וֹ יַקְרִ֥יב אֵלָֽיו:In the morning, and G-d will make known that which is His, and the holy one, He will bring close to Him, and the one He chooses, He will bring close to Him. Why, specifically, did Moshe mention that in the morning,בקר, G-d will make it clear? Why didn’t Moshe say, מחר, tomorrow, G-d will make it clear?

The answer is that the morning has in it the power of clarity and examination that no other part of the day has. At night, a person has time to sleep on his ideas, first speaking them over with family and friends. But only in the morning, when someone is fresh, after they have “slept on it”, can they actually know, in their gut, which decision they are ready for, to take the next step forward. (See R.Sh.R. Hirsch Bamidbar 16;5) And if G-d proves to Korah and the world that the Priesthood belongs to Aharon and his family, specifically in the morning, this shows that G-d is shining His Face on Aharon. Something that Aharon definitely deserved, for being happy in his heart to see his younger brother Moshe as the leader of the Jewish People, instead of himself. וְרָאֲךָ֖ וְשָׂמַ֥ח בְּלִבּֽוֹ  (Kli Yakar)

Your morning has in it the power for you to achieve independence, to reexamine your highest priorities, to make a restart and get into the momentum you need, to succeed.

Selfie steps to an awesome morning: