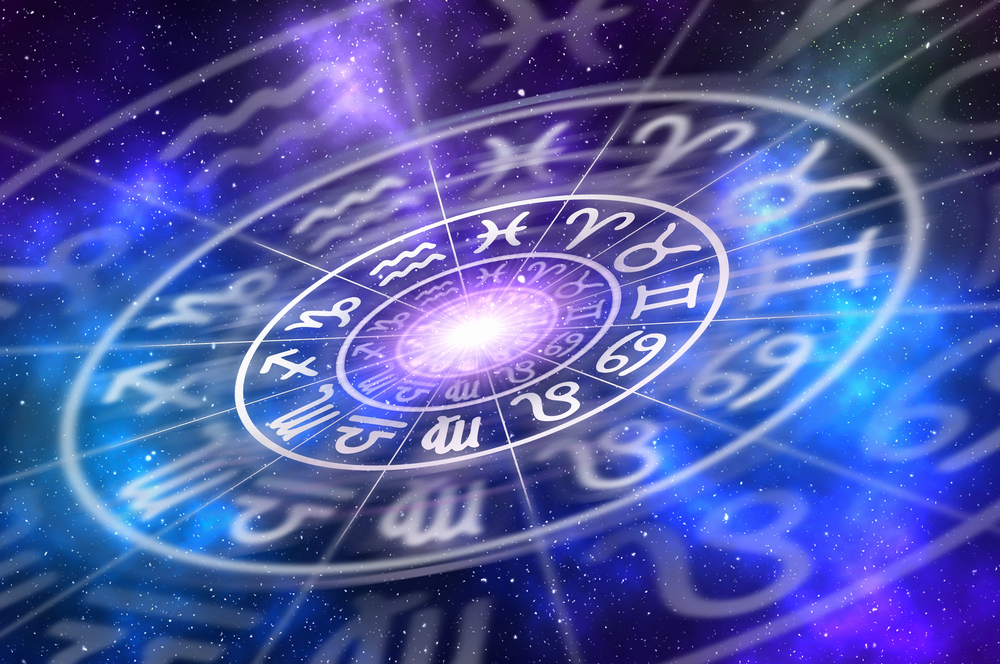 THE ART OF CHANGING YOUR MAZAL

Mazal is something that, Judaism believes, has a big impact on your life. The root of the word “mazal” is “nozel”, which implies that your fate flows from Above, through the Mazalot. (Zohar; Radak) Your Mazal will determine how long you will live. It will decide your financial status; if you will have children, how many and what type of children you will have. (Moed Kattan 28a) The Ibn Ezra wrote in one of his songs about how bad his Mazal was: If I decided to sell grave clothes, people would stop dying. If I decided to sell candles, the sun wouldn’t set until I died. As the Talmud tells us, the poor people have “poverty” running after them. (B. Batra 174b) No matter what type of work a person pursues, if G-d wants you to succeed, nothing can stop you; If He doesn’t want you to succeed, nothing and no one can help you.

The Jewish custom is to wish each other Mazal Tov, at family occasions. This derives from the other root of Mazal, אזל, continue to go, blessing them that their good fortune continue with them, in life. The Zohar tells us that even the Sefer Torah that is in the Heichal needs Mazal, to be chosen to be read. (Zohar Naso, 134 a) Parts of Torah, like Tosefta, are less known, for they have less Mazal. (R’ Ch. Abramski) There are Rabbis whose Torah is not being learned, because of lack of Mazal.

Mazal is, also, some sort of angel that is appointed for each and every creation. (See Rashi Shabbat 53b) Each blade of grass has a mazal/angel, who taps it to make it grow. (Bereshit Rabbah, 10;6) This is the reason why the month we are in is called Shvat: this is the month that the trees are “hit” with Shevet, the staff, of the angel that G-d appointed over them. And, wait! There is one more explanation of the word Mazal: it is your Da’at, your intuition – that eerie feeling that something might go wrong. (see Rashi B. Kama 2b; see Megilah 3a)

In addition to the already confusing concept of Mazal, R’ Yochanan teaches that instead of the Jewish people being under Mazal, they are directly under Hashem’s supervision. (see Shabbat 156a) The source is where G-d told Avraham that according to the Mazalot, constellations, Avraham would be childless, but that he need not be concerned about that, for the Jewish people are not subject to the “mazalot”. Tosefot points to the contradiction whether the Jewish people are dependent on the Mazal or not and answers that sometimes yes, and sometimes no. (Moed Katan 48a) R’ Dessler explains that the Mazal of the Jew can be changed, through prayer, good deeds and Torah learning, regarding how one reaches their purpose in the world. But the Mazal of a person, when it defines the person’s purpose in the world, cannot be changed. (See Taanit 25a story of R’ Elazar Ben Pedat) Once the Mazal of a person’s life purpose is set, nothing can change it.  (Michtav Me’Eliyahu 4;99)

As Jewish people, we are supposed to live recognizing that we are directly under G-d’s supervision, protection, and care; we have a direct line to Him, with no Mazal in between, especially when living in Eretz Yisrael. כִּ֛י חֵ֥לֶק יְקֹוָ֖ק עַמּ֑וֹ יַעֲקֹ֖ב חֶ֥בֶל נַחֲלָתֽוֹ:  And it says,

The Talmud (Shabbat 156b) continues to relay that doing kindness can save anyone from the Mazal of death. It brings the story of R’ Akiva. Stargazers told him that his daughter would die on her wedding day, from a snake bite. R’ Akiva was worried. On the night after her wedding, his daughter pushed her golden hairpin into a crack in the wall, and, unknowingly, stuck the pin into the poisonous snake’s eye. In the morning, she pulled out the dead snake with her pin. R’ Akiva asked her in what merit she was saved from the snake?! She said that a poor man had come to the wedding, asking for food. “No one paid attention to him, so I gave him my portion that you gave me.” R’ Akiva told her that her act of Tzeddaka had saved her! The Talmud continues to prove that Mazal does not affect Yisrael, from the story of the mother of R’ Nachman Bar Yitzchak. The astrologers told her that her son would become a thief. So, from that day on, his mother insisted that he always wear a kippa: she would say, “Cover your head, so that you will be G-d-fearing; Pray that your Yetzer Hara not control you!” R’ Nachman had no idea why his mother said this. One day, he was learning under a date tree, and his head covering fell off. He lifted his eyes and he saw the date tree; his Inclination got the better of him. He climbed the tree and cut a cluster of dates, with his teeth: this was, obviously, stealing. Although he stole that one time, he never became a thief.

We see that although the Mazal has influence, the question is, how can it be altered? G-d can at any moment, change the Mazalot for us, like he did by the war of Amalek. (Rashi Shemot 17;12) Before the plague of locusts, Pharaoh refused, for the 8th time, to send away the Jews; this time, he gave a pretty good reason why he refused. רְא֕וּ כִּ֥י רָעָ֖ה נֶ֥גֶד פְּנֵיכֶֽם Rashi explains, according to the Midrash Aggadah, “There is one star called Raah, Evil. Pharaoh, a great astrologer, told Moshe and Aharon, he saw that this star, representing blood and death, rising to greet the Jews in the desert. When the Jews sinned with the Golden Calf and G-d wanted to annihilate them, Moshe prayed to G-d, “Why should Mitzrayim say that in the Mazal of Raah, G-d took the Jews out of Egypt, to kill them in the desert?!!” לָמָּה֩ יֹאמְר֨וּ מִצְרַ֜יִם לֵאמֹ֗ר בְּרָעָ֤ה הֽוֹצִיאָם֙ לַהֲרֹ֤ג אֹתָם֙ בֶּֽהָרִ֔ים וּ֨לְכַלֹּתָ֔ם מֵעַ֖ל פְּנֵ֣י הָֽאֲדָמָ֑ה שׁ֚וּב מֵחֲר֣וֹן אַפֶּ֔ךָ וְהִנָּחֵ֥ם עַל־הָרָעָ֖ה לְעַמֶּֽךָ:  To which G-d answered Moshe, וַיִּנָּ֖חֶם יְקֹוָ֑ק עַל־הָ֣רָעָ֔ה אֲשֶׁ֥ר דִּבֶּ֖ר לַעֲשׂ֥וֹת לְעַמּֽוֹ And YKVK retracted the Evil that He spoke to do to His people. G-d turned the Blood sign that Pharoah foresaw into the blood of the Milah, that Yehoshua circumcised the Nation at the threshold of Eretz Yisrael. The Baal Haturim brilliantly tells us, that the last letters of the words רָעָ֖ה נֶ֥גֶד פְּנֵיכֶֽם spell הדם, the blood.

In other words, Pharaoh’s astrology was right!!! But, he was wrong!!! The Jewish people were going to die in the desert, just that Moshe’s prayers turned things around! The “blood sign” was true, but its interpretation, was in limbo.

The Talmud teaches if someone is born with the Mazal of Mars, of blood, he should try to use this for serving G-d and become a Mohel; but, if he can’t, he should be a Shochet. Because if he does not develop this nature of dealing with blood in a positive way, he will naturally use this nature for bad things, becoming a thief or a murderer. (Shabbat 156b) The Mazal of Maadim, of Mars, is not, in itself, bad; you could use it for good, as well, if you accept your Mazal, and try to make the best of it, with proper guidance. When Shmuel saw that David was Admoni, red headed, he feared that he would be a mass murderer, like Esav; but, when he saw that his eyes were blue, he understood that he would not spill blood, without the “eyes” of Sanhedrin, and with their guidance. (See Biur HaGra Mishlei 22;6)   A person born with a certain Mazal cannot change it, but he can choose to use it either for good or for bad. There is no nature that is bad, because G-d doesn’t make garbage. Every nature, can be used for good, when following guidance from the Torah. This is why, in chinuch, we are not supposed to try to change people, but rather work with them.  חֲנֹךְ לַנַּעַר עַל פִּי דַרְכּוֹ גַּם כִּי יַזְקִין לֹא יָסוּר מִמֶּנָּה (Mishlei 22;6) Pharaoh could not see the good, though, in the Mazal of Maadim.

Pharaoh’s prediction seemed so right! In less than 45 years, so many Jews died!!! Only one fifth of the Jews left Egypt. That would mean a total of 12 million Jews, who were not ready to leave Egypt with Moshe, died and were buried, in the first three days of the plague of darkness. Only 3 million actually left.  3,000 died by the Golden Calf. 24,000 died in the episode of the daughters of Midian, Bilaam’s plot. 14,7000 died in the plague during the Korach episode. All the Jews from ages 20 to 60 died by the time they were ready to enter the Land of Israel. Pharaoh knew all of this, as the Baal Haturim takes it a step farther: Pharaoh not only predicted that they wouldn’t enter Israel, he even predicted the only two Jews who were going to enter!  מִ֥י וָמִ֖י הַהֹלְכִֽים “Who and who is going?” is the same numerical value of כלב ובן נון Kalev and Yehoshua Ben Nun! (This explains why ההלכים  is missing a Vav!) To which Moshe answered, בִּנְעָרֵ֥ינוּ וּבִזְקֵנֵ֖ינוּ נֵלֵ֑ךְ ! You’re right, Pharaoh! But we will leave Egypt anyway, even if it is just for the youth, under 20, and the elderly, over 60! (B Batra 121b) If the Mazal is against us, even if it is the Mazal of blood, it can be changed to the Mazal of Brit Milah that Yehoshua will perform, before they enter the Land. We will not be totally annihilated like your predict! We are leaving, no matter what, because G-d said so!

Selfie Steps to altering your Mazal

1: Prayer. Torah learning. Chessed. Mitzvoth. Living in Israel. All make you above your Mazal.

2:I once saw, that Mazal stands for m’akom z’man l’imud, or l’ashon. The place that you are in, the time you are in, the amount of knowledge and experience you have, and your ability to communicate: are all part of your Mazal. Make sure you are constantly aware of this, when trying to make a change.

3: On your birthday, and your birth month, your Mazal is stronger. (Yerushalmi Rosh Hashana 3;8. Sefer Shtem Esreh Mazalot)

4: Chovot Halevovot (Bitachon 3) teaches that a person should work and busy himself with what they are naturally good at and have a natural tendency for. That is your mazal, so work with it, not against it. Work in the field you love, with your eye focused on the bottom dollar and on serving your clients, not on your pride and prestige, and you will never need a vacation.

← THE ART OF INTUITIVE INTELLEGENCETHE ART OF KICKSTARTING YOUR DAY →