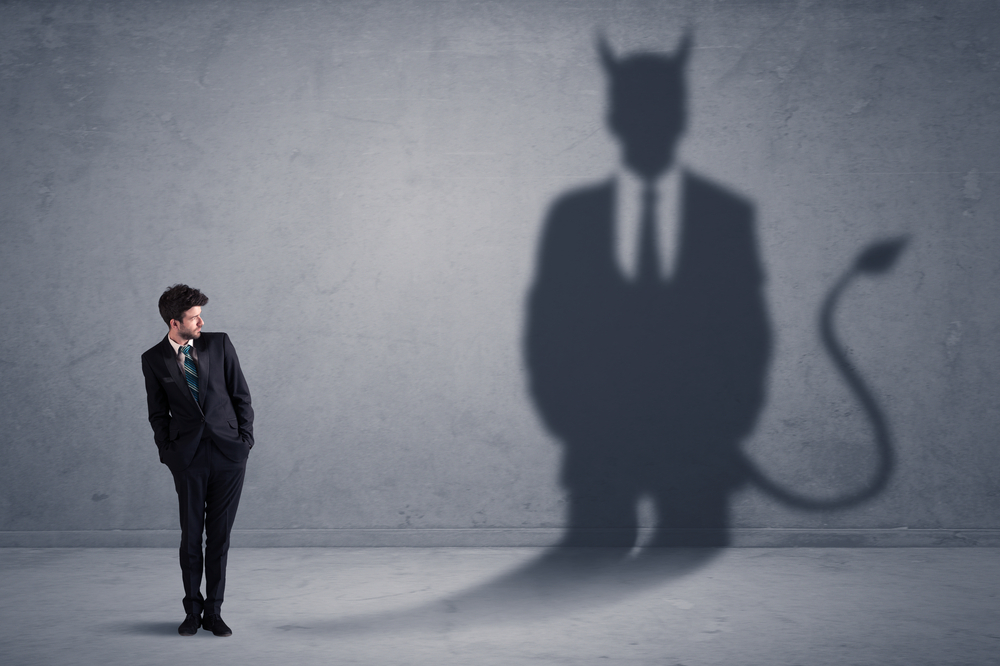 THE ART OF FIGHTING THE YETZER HARA

The four parashiot of Elul have in them endless tools for change and Teshuva. Reeh – See that you have choice, more choices than you think. Shoftim- observe how much self-control you have and how honest and true to yourself you have been. Ki Tetze – Now, go out to war against your Yetzer Hara, your evil inclination; recognize its ways. And then, Ki Tavo- let the past fall behind, תכלה שנה וקללותיה and start a new year, with new blessing.

The difference between a Tzaddik and a Rasha, says the Alter from Kelm, is what you imagine and how you imagine. The way to fight the Yetzer Hara is to use its own weapons against him. The strongest weapon of the Yetzer Hara is false imaginations and fears. Temptations of pleasure and pride are only able to capture us, once we use imagination to magnify the temptation, making it more attractive and powerful than it actually is.  Fear of missing out, fear of change, fear of failure, fear of poverty, fear of retirement … it is not that these things aren’t real issues, it is that the Yetzer Hara magnifies and blows them out of proportion.

So, we fight the Yetzer Hara with imagining, but imagining the truth. How powerful a Rosh Hashana can be, how great the reward and punishment of the next world can be, how great I can be, if I just imagine, do my due diligence and trust in G-d. The first step of being a Torah Jew, the first law in Shulchan Aruch, is to imagine, wherever you are, whoever you are with or not with,  שויתי לה’ נגדי תמיד , I place and imagine G-d in front of me, present with me, “alive” with me. No matter where I am in the world, I am לפניך מלך חי וקים.

But the Yetzer Hara counter attacks with imagination: You can’t do this repentance thing! How many times have you tried to improve yourself, and you failed! You’re broken down and tired of this self-improvement merry-go-round! How many times have you tried to rise up, like the waves, and you just came crashing down! You may be a failure, but you are not foolish enough to try improving again, for the thousandth time! You know you can’t change! He makes you ignore and forget your strengths. And when that doesn’t work, when you actually get into the repentance zone, he makes you forget your weakness and imagine that you can do more than you actually can: You can change, if you really want to. It won’t be hard. You can change at the last minute.  He makes you bite off too much, more than you can swallow, so that you have spiritual indigestion. He makes you overestimate what you can do in one year and underestimate what you can do in seven years.

Another tool of the Yetzer Hara is to start with something so small and seemingly insignificant, that before you realize it, it becomes something you can’t stop. This is the lesson of the Ben Sorer U’moreh, which begins with a young boy going after worldly pleasures and continues with a person who will turn into an unstoppable beast. Parashat Ki Tetze introduces to us the war tactics of the Evil Inclination, how one thing leads to the next : marrying an Eshet Yefat Toar will lead to having a rebellious child.

To counter that, G-d doesn’t ask us to change, but to change direction. No matter how far you have gone off the beaten path, the point when you realized that you are in the wrong direction is closer to the destination than the point that you started to go off in the wrong direction. All G-d asks from us is, פתחו לי פתח כחודו של מחט ואני אפתח לכם פתח של אולם Open up even a tiny opening for Me, an opening so small like the sharp point of a needle, and I will open up for you an entrance like a hall. This is the lesson of the shape of the Shofar, that on one side, it is narrow, and on the other side, it is wide. Because all G-d wants from us, is to take the first step. Elul is called אלול because it stands for אני לדודי ודודי לי, I am to My beloved, and My beloved is to me. The month is not called Dalul, after the other passuk of Shir Hashirim,  דודי לי ואני לו, My beloved is to me, and I am to Him, because G-d waits for us, to make the small change, to take the first step towards the relationship. שׁ֤וּבוּ אֵלַי֙ וְאָשׁ֣וּבָה אֲלֵיכֶ֔ם

The best way to get ready for Rosh Hashana is to imagine how many things were decided upon, last Rosh Hashana. It’s been a crazy year. Last Rosh Hashana was “heavy stakes”, on a personal and a global level. A year of collapse in so many ways. Meron. Givat Zeev. Surfside. Everything we relied on: doctors, hospitals, justice, our votes in America and Israel, police enforcement – everything just seems to be collapsing. The trust in leaders, the trust in the economy, the trust in “the system”, whatever the system might have been. People are anxiety-ridden about how to be ready for the next “collapse”, as we shift from second vaccine, to the third vaccine, to the unknown…

The Rambam tells us that no matter how saintly we are, every Rosh Hashana we need to blow shofar, to wake up and realize that we are spiritually sleeping. We forgot G-d, even if we trusted in Him. We forgot the truth, as we busied ourselves with unimportant things. Chasing after money we don’t need, running after respect and honor that is, anyway, short lived, eating tempting food that is not even good for us, and wasting endless time which is life itself, justifying it by calling it “entertainment”. (see Rambam Teshuva 3) This is the message of the Shofar, to simpletons and Chief Rabbis alike. The Shofar blowing is the trumpet blow as we crown G-d as King, at the beginning of the new year. By waking up from spiritual slumber, by searching for the truth, focused on self-improvement, as we crown G-d as the world begins anew each Rosh Hashana, just as G-d was King on the first day of creation.

Elul is time for war. Elul stands for אחת למעלה ושבע למטה One above, and seven below, the strange way the Kohen Gadol would count and track the sprinkling of blood on Yom Kippur. The Yetzer Hara comes from seven places, with its seven names. (See Succah 52b) He uses any possible way to trick you, to go against you … but there is always the One Above. Every day the Yetzer Hara tries to kill you, spiritually, and if G-d won’t help you, you won’t be able to withstand him (Kiddushin 30b). But it also means that if we just stick to the truth, if we learn Torah, all the lies of the Yetzer Hara will fall by the wayside. The only way to Teshuva is through Torah learning. Onkelos ונקה לא ינקה says, if you learn My Torah, I will forgive your sins. If you do not, I will not forgive your sins. The Torah is the only vaccine against the Yetzer Hara, בראתי יצר הרע בראתי לו תורה תבלין. If you learn Torah, you will not be given over into the hands of the Yetzer Hara. (Kiddushin 30b)