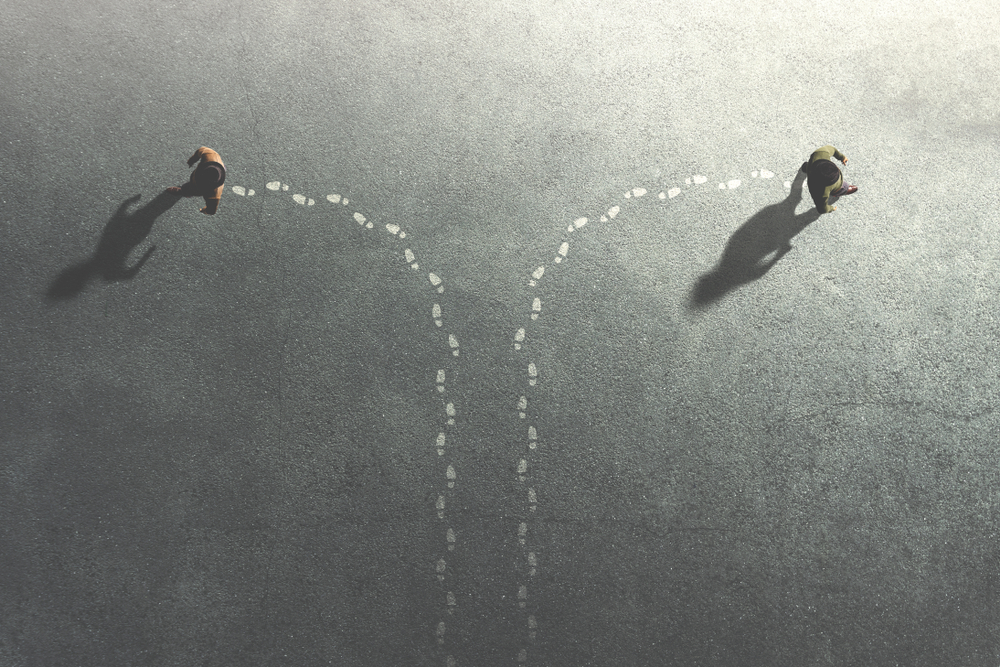 THE ART OF CHOOSING FRIENDS

Your friend is either your חבר, friend, or your חרב; the letters, switched around, spell sword. Your “friend” can take you down, can kill you spiritually, emotionally, and productively. Although you can’t always choose your children’s friends, it is your responsibility, as a parent, to guide your child toward the best choices. How does one know who is a good friend and who is not? Simple. If the friend brings you up, when you are down, he is a good friend. If he brings you down when you are up, he is not good.

A common thread found in the lessons of the Parashiot of the Yesharim, the Straightforward Patriarchs, is that you will be who your friends are. The reason why G-d revealed himself to Avraham in Elonei Mamre, after Avraham’s Brit Milah, was because it was Mamre, Avraham’s friend, who convinced him to do the Brit Milah! Avraham was afraid to do a Brit Milah at the age of 99, and knowing that he had many enemies after fighting and winning the World War of the Kings. He needed to stay strong. But G-d asked him to circumcise himself. He sought advice from his friend Mamrei, and told him the story.

Mamrei said to Avraham, What? You are afraid? Of what? Of who? G-d saved you from the fires of Ur Kasdim, when Nimrod threw you into the world’s biggest furnace. The angels, then blessed ברוך אתה ה’ מגן אברהם . G-d is not only your מושיע, Who saves you from harm, He is your מגן, your shield, protecting you, that nothing bad can befall you! For sure, He can protect you from all harm and cure you from all pain! Do the Milah, Avraham! Not only that, I, myself, will do the circumcision on myself, FIRST! (Midrash Hagadol) Even at 99, the friends you have make you or break you!

A friend is someone, who will perform a circumcision on himself, to bring you up! To coach you, to help you to reach your greatest heights! Not the one who you enjoy wasting time with!

When David Hamelech was asked who he is friends with… Sephardi? Ashkenazi? Chassidish? Temani? Chabad? Breslov? Frum from birth? Baal Teshuva?  He had one answer. חָבֵר אָנִי לְכָל-אֲשֶׁר יְרֵאוּךָ וּלְשֹׁמְרֵי פִּקּוּדֶיך I am a friend of all those Who fear You, G-d! And to those who keep Your commandments.

But, Rabbi! Dad! I can’t be friends with those people; they are too religious for me!

What does “too religious” mean? It means someone who is keeping more than the 613. If the person is keeping more than the 613, and more than the Shulchan Aruch, don’t be friends with them. But if the person is keeping less than the 613, or less than the Shulchan Aruch, and is not even trying and caring to keep the 613 or the Code of Jewish Law, he is not religious enough for you. You could, and should, be friendly and nice and respectful to everyone, no matter what level they are on. But a friend is someone who will do anything to bring you to keep the mitzvoth you are afraid to keep, the ones you don’t have energy to keep!

When Sarah was eulogized on her greatness of being an Eshet Chayil, the greatest woman of Valor, of inner strength, Avraham mentioned that she was greater than he was, because of this art of choosing friends.  דָּ֭רְשָׁה צֶ֣מֶר וּפִשְׁתִּ֑ים She looks out for wool and linen, not allowing them to mix and become Shaatnez. The Midrash Tanhuma says that she sent away Hagar and Yishmael, as they were not a good influence on her son Yitzhak! This was very hard on Avraham! Avraham was worried to heed her voice: Who is to say that this child, Yishmael, won’t do Teshuva? Who is to say that his children won’t be better than Yitzhak’s children?? But G-d told Avraham, Sarah has greater Ruach Hakodesh than you! She can discern character traits, and with that understanding, she can see into the future and know how those traits can influence their behaviors and behaviors of others, in ways that you won’t ever be able to change!

Even Avraham, when he chose a wife for Yitzhak, made Eliezer swear that he would not choose a girl from the cursed nation of Canaan. Why not? Because a man’s heart, what he wants, is in the palm of the woman he loves, beginning from the first Man and Woman, Adam and Chava… all the way down to King Solomon,… and down to nowadays . And this is the warning to every man, when he goes up to the Torah on the Shabbat when he is a Hatan, when the custom is to read the Parasha of Eliezer choosing a wife for Yitzhak. To teach you that a Jewish man should not marry a woman because of her looks, as King Solomon, a man who married a thousand women, taught us: שֶׁ֣קֶר הַ֭חֵן וְהֶ֣בֶל הַיֹּ֑פִי  Beauty is vanity, and makeup is just make up. And not to marry a woman because of money, because money comes and money goes; money has wings and it has a tendency to fly away, but the personality always stays the same! And never marry a woman because of power or fame. The only reason to marry a woman is for the Sake of Heaven, to marry into a good family, because your sons will take on the Middot of your wife’s brothers, as their own natural tendencies. Just like the wine picks up the flavor of its container. (Rabbenu Bachye) It is amazing. Avraham is worried about influence on his son, Yitzhak, even after Yitzhak aced the test of having himself slaughtered as a sacrifice for G-d!

If none of these are your motives, we can be sure that you are friends because you know this person will empower you to be the best you can be.

← THE ART OF PARENTINGTHE ART OF TAMING THE BEAST →