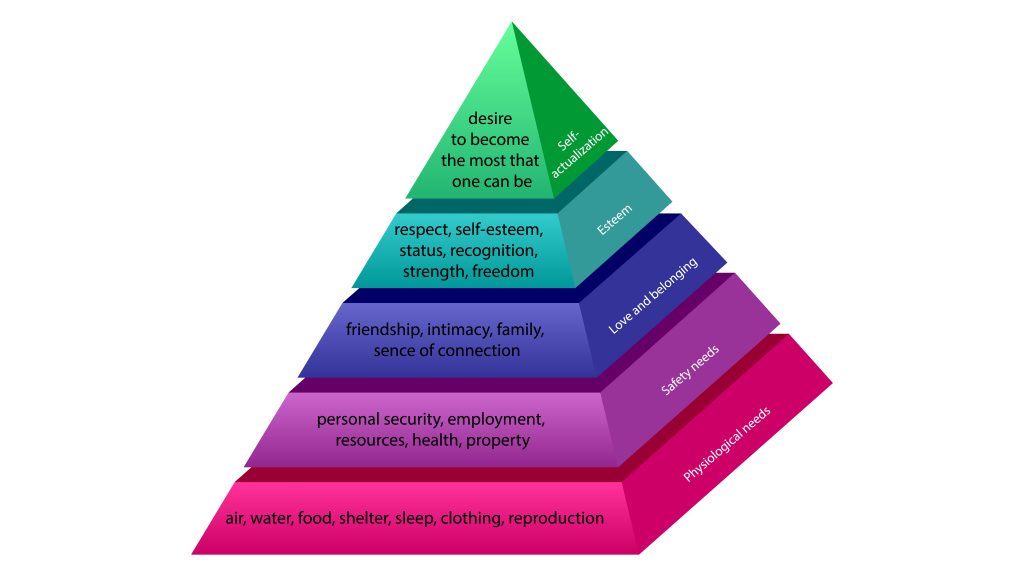 THE ART OF TAMING THE BEAST

The Talmud Yerushalmi in Bikurim teaches that we learn that G-d forgives all the sins of a Hatan, a groom, from Esav. When Esav saw that his parents sent Yaakov to marry a woman who was not from the Canaanites, he wanted to show that he is also a “good son”, and he married Yishmael’s daughter, Mahlat. The Yerushalmi asks, “Her name is Machlat? Wasn’t her name Basmat? It is coming to tell you that when a man marries a woman, G-d forgives, He is “Mochel”, all of the Hatan’s sins. (Birkurim 3;3)

This forgiveness is granted when the groom realizes what he has done wrong, and he regrets it. Teshuva is easier at this time, if someone takes this opportunity, the new reality of being a husband and G-d willing a father, as a time to repent and start anew. As Rashi learns, Esav became a bigger Rasha by marrying Basmat/Mahlat! How do we reconcile this contradiction? How is he more wicked now, if all his sins were forgiven? It is because he had an opportunity to start anew, and he blew it! He could have seized the opportunity of an easier Teshuva, and he did not!

There is a deeper reason why there is forgiveness for a groom, beyond his starting a new page in life. The Talmud Bavli teaches that a person who is not married is not called Adam; he is not a person. This explains why his sins are forgiven: because all his life, until marriage, man is like an animal. But animals don’t get married, so, via wedlock, man demonstrates self-constraint, and readiness to become a father demonstrates selflessness, and that he rises above his animalistic nature. When you become a groom, G-d considers it as if all that you’ve done till now was not the real you; it was the animalistic part of you.  So you are pardoned.

G-d is most considerate of your background. כִּ֠י יֵ֣צֶר לֵ֧ב הָאָדָ֛ם רַ֖ע מִנְּעֻרָ֑יו He is considerate about your trials, your failures, your mistakes, your social circles, and the family you came from. After all, He made you an animal, but with the potential of becoming the greatest you can be. On Yom Kippur, a red rope would be hung in the Bet Hamikdash, and if the sins were forgiven when they sent away the Azazel goat, the red rope would miraculously turn to white. This is learned from the passuk, אִם־יִֽהְי֨וּ חֲטָאֵיכֶ֤ם כַּשָּׁנִים֙ כַּשֶּׁ֣לֶג יַלְבִּ֔ינוּ: (Yeshayahu 1 18) If your sins will be scarlet red, they will become white, like snow. (Yoma 6;8) The word שנים has in it the connotation of red, as the red dye is called תולעת שני. But the word שנים, literally, means years, years of life. (see Yerushalmi Shabbat 9 3)  What does this mean, that if you sins are like years of man, G-d will forgive your sins? If your sins are age-appropriate, sins which it is common for people at this age to struggle with, G-d is more forgiving. But if you are still sinning, not in accordance with your age,… when you are old enough to be above the nonsense, it is much harder to get your sins white as snow.

The other day, I was asked to address a staff of a post-high-school, high caliber yeshiva of 600 students in Israel. I was warned that the staff of over 40 included some of the best educators in Israel. The purpose of the speech was to answer one question: How do you spiritually motivate, frum-from-birth, unmotivated teenagers – probably the hardest question in the world to answer. I had an hour. I was told that the staff are not interested in entertaining stories and not in a nice dvar Torah. They wanted tools, and tools that work. They wanted to know how to deal with the ultra-orthodox, uninterested teenager, who says, “I know the truth about the world and G-d, but I just don’t have any motivation”.

The answer is actually simple. Avraham Avinu and Sarah Imenu converted a million people, each. And the way the Torah refers to that is, .וְאֶת־ הַנֶּ֖פֶשׁ אֲשֶׁר־עָשׂ֣וּ בְחָרָ֑ן The word used for people, is the word Nefesh. Nefesh is the animalistic part of the soul. Avraham connected to their Neshama through their stomachs. He opened his four-door tent in places where people needed him most, and he would give out the best quality food to all passersby. After the meal, Avraham would explain about thanking G-d through Birkat Hamazon! If you did not say Birkat Hamazon, Avraham gave you a hefty bill! The way to the Neshama is to connect through the Nefesh, the animalistic part of man, the need for survival.

There are three parts of the soul, and they constitute the basis for all of psychology. The Neshama, the Ruach and the Nefesh. On a basic level, this is explained by Maslow’s pyramid. At the bottom of the pyramid are the basic needs of man, the “Physiological needs”, in order of their importance for survival: air, water, food, shelter, sleep, clothing, reproduction. When a person is busy with these, when these needs are not met, it is much harder to be motivated on the next level of the pyramid, which is the needs of “Safety”. Safey needs include: personal security, employment, resources, health, property. After a person achieves these two base drives of the Nefesh, one begins to focus on the Ruach, the next level of human needs, “Love and belonging”. Love and belonging includes: Friendship, intimacy, family, sense of connection. After taking care of these, one moves up to the next level, “Esteem”. Esteem includes: respect, self-esteem, status, recognition, strength, freedom. Only after these, can one focus on the desire of Neshama, of “Self- actualization”, of being G-dly, the most that you can be.

My father built a great shul, and I believe a big part of it was that he had “the best breakfast in town”. Over the last years, they have been able to get learning programs pumping in the dead of the winter in Deal, N.J, a summer town on the coast, by offering dinner from the local restaurants. I followed in his ways, and made a change in my Charedi neighborhood, Bayit Vegan, Jerusalem. Girls in these schools at the ages 7th and 8th grade, don’t want to hear any tzniut, classes on modesty, from the school, anymore. They feel that it chokes them spiritually when they are told how to dress. So I started a movement on the long winter Saturday nights, where the most popular school teachers who speak best, and connect most, can give an inspiring class on modest dress, without talking about the neckline, knee, or elbows. I was told, by everyone I know in Bayit Vegan, that it won’t work, I won’t even be able to get more than 8 girls to attend, and that the Charedi system of Israel does not need new ideas. חדש אסור מן התורה My Rabbi told me, that this can probably be my greatest Olam Haba, and my wife was on board. I wanted girls to learn how to protect themselves, before they would get used to dressing in ways that are not acceptable, as it would be much harder to approach the subject of modesty when they would be older, after 8th grade. But 7th and 8th grade was the perfect time to educate them about the beauty of modesty. So I started to ask people for help, and surprisingly people started donating more than I thought they would.

Bayit Vegan may be an unassuming Charedi neighborhood in Jerusalem, but great things have happened here. One of the greatest, is that the worldwide Avot Uvanim program, where fathers learn with their sons for an hour each weekend, began to spread from here. It started in Gateshead, with just a small group, but the originator came to Bayit Vegan and told some people here about it, where it picked up massive momentum, a while back. Bayit Vegan is known to be the Charedi U.N., Americans, Brits, Mexicans, Panamanians, Argentineans, Belgians, etc. The person who started it in Bayit Vegan, sat next to me at a Bar Mitzvah recently, and told me all about it.

I called the tzniyut program Bat Melech, or Daughter of the King. Very quickly, within the first weeks, we had 80 girls, signed up to come each week, taking upon themselves each week a Chizuk for the week, to get into the raffle of next week on a piece of jewelry from my wife’s silver jewelry sale. Each week, I would bring them pizza, ice cream, falafel, Belgian waffle, according to the week, to make it interesting. Girls we never thought that they, or their mothers would be interested in signing up, begged to enter the group!

The nicest part of Bat Melech is that my wife just gave birth to our new baby daughter, two weeks overdue. She was due on Sukkot, but my wife gave birth only Motsaei Shabbat Parashat Noach, on the exact week that a year earlier Bat Melech started!!! When you think you are doing something for other people, you are really doing for yourself!

This year, immediately after my wife said she was ready to start, just 4 weeks after birth, which was last week, we told the teachers involved in Bat Melech to see if there was an interest, again, for this year. A whopping 200 girls signed up!!! That’s thirty pies of pizza, and a lot of baked ziti!

The Neshama wants to speak, the spiritual motivation is there. It is just that there is so much internal noise from the Nefesh, from the desires of the animalistic part of the psyche, that if we just connect to the person in that part of his mindset, we can help his/her Neshama to express itself!

Bringing up kids, helping teenagers, is the hardest thing in the world. ואת עמלנו. אלו הבנים Some things you can’t say to a person one on one, but you can say it them to a group. If you can only understand the BEND WIMP, connect to it, and communicate around it, you will be able to motivate anyone. What are their Beliefs? How do they envision Success? What are their Needs? What are their Wounds? What are their Interests? Who are their role Models? What are they most Proud of?  This model, by Tony Robbins, is the secret to connect to any audience, as it connects to all parts of the soul Neshama, Ruach and Nefesh!

← THE ART OF CHOOSING FRIENDS