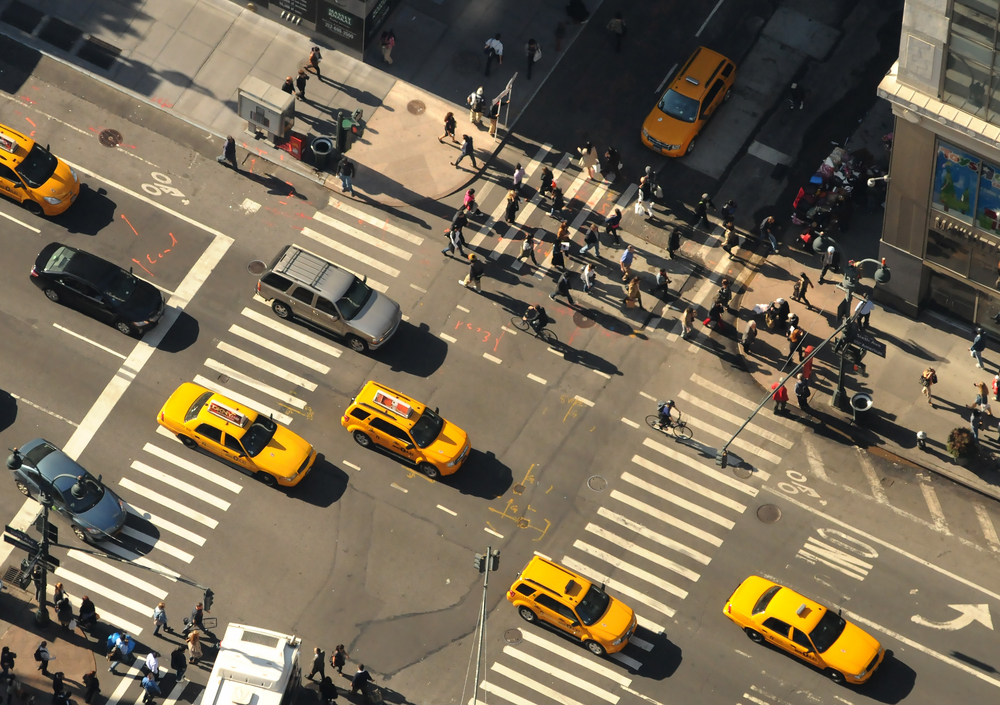 THE ART OF BEING ANGELIC

I just got back from walking the streets of Manhattan for an entire week, helping my father-in- law fundraise for his Yeshiva, Yeshivat Beer Yitzhak, in Telshestone.  When I got back to my apartment in Jerusalem, I asked myself, what is the difference between the gentile, who walks the streets in Manhattan, and the Jew?

A Jew is living in this world, while he is accompanied by spiritual worlds. A gentile is a human being that has no connection between the physical universe and the spiritual universe. הַשָּׁמַ֣יִם שָׁ֭מַיִם לַיקֹוָ֑ק וְ֝הָאָ֗רֶץ נָתַ֥ן לִבְנֵי־אָדָֽם:  The gentile believes that G-d made the Heavens for the angels, and He kept spirituality up there. He created Earth, and He kept its physicality down here. He gave us a life to enjoy, and make merry. And there is no connection between Heaven and Earth. The Jew is a being that makes the physical, spiritual.

How does a Jew connect the physical nature of Earth to the spiritual essence of the Heavens? Through Torah and prayer, of course!  The beginning of every block of text in the Sefer Torah, the very first letter of each block, is the letter Vav (except in five places). The Sofrim refer to this as Vavei HaAmudim. The letter Vav is the letter that means “and”; it is the letter that connects. This is because the Torah connects the physical world to the spiritual heaven. And it connects the Jew to His Creator. Every blessing we make, every prayer, when we say Baruch, we don’t bless G-d, for He does not need us to bless Him. He is already blessed enough, and He does not lack any blessing that we can offer. The word Baruch, means that He  is blessed, but more correctly, that He, in Heaven, is the source of the goodness we have here, down on Earth. Whenever there is a lack of Parnassah, health, tranquility, or anything else, it is because there is a disconnect between Heaven and Earth. The word Baruch is the same root as the word הברכה , which means grafting, and the word בריכה  which means pool. The concept is to connect things to their source, to connect Earth with Heaven. (Zohar 2; 131 B)

At the end of the Parasha, Yaakov sees a camp of angels, and he calls them Machanayim. Camps. The Ramban is bothered by a law in Dikduk. It is common knowledge that the plural male version of a word is the addition of ים  at the end. סוס  means horse, and סוסים  SUSSIM means horses, plural male. Now what about plural eyes? One eye, is עין, AYIN. Two eyes, though, are עיניים, ENAYIM, and NOT EINIM! Two legs are רגליים  RAGLAYIM, and not  רגלים REGALIM. A bicycle is אופניים  OFANAYIM  and not OFANIM. Why?? There seems to be no reason for this ostensibly insignificant difference! But, our Rabbis tells us differently. Two things that are unconnected, unrelated, are just IM.,שירים  סוסים, חמורים, גמלים, מלכים ,אנשים, נשים . But plural things that work together and correlate, collaborate, or are fused together, are AYIM. עיניים, שפתיים, שיניים , אזניים, ידיים,  רגליים, כנפיים, אופניים. If so, why is the word used here מחניים, MACHANAYIM, and not MACHANIM, or even better, MACHANOT? The “ayim” ending implies camps that work together. What does this mean, the camps that Yaakov saw, that work together?

The Ramban explains that the two camps that work together are the angels and the Bnei Yisrael. That both, the angels and the Bnei Yisrael, together, praise and sanctify G-d’s Name. Yaakov saw that in the house of Lavan, he grew so much spiritually, that he was on the level of angels! He saw that he bestowed to all of his descendants, to you and me, the power of being angelic, through the learning of Torah that Yaakov personified. As long as he was in Lavan’s house, he did not recognize how holy he and his family were. Only now, after separating from the materialistic world of Lavan, did he realize how holy he had been, all along, specifically from dealing with the big world,  building a family, all within a Torah lifestyle. (Or Gedalyah) Yaakov realized that he was not only angelic, but that the angels were accompanying him all along, and the upper worlds are dependent on the Jewish people, and how they sanctify G-d, in the physical world.

Every day, we remind ourselves of this when we say Kedusha. The intro to Kedusha is that we will sanctify G-d down here, just like the angels on high sanctify G-d’s Name. The angels will not be able to say Kedusha, until we say Kedusha down here.            כֶּתֶר יִתְּנוּ לְךָ ה’ אֱלֹקינוּ מַלְאָכִים הֲמוֹנֵי מַעְלָה עִם עַמְּךָ יִשְֹרָאֵל קְבוּצֵי מַטָּה. יַחַד כֻּלָּם קְדוּשָׁה לְךָ יְשַׁלֵּשׁוּ   They can only join us; they can’t say Kedusha without us.

Probably the best Chinuch you can give your kids is to let them know and feel that we know and feel that we are surrounded by angels. We come home Friday night, accompanied by angels, and we sing to them Shalom Aleichem. They bless us each Friday night, if we are ready for Shabbat, and the opposite, if we were not ready. (Shabbat 119b)  We go to the restroom, and our angels wait for us to finish using the facilities to continue accompanying us. (Berachot 60b) We say Alenu Leshabeach, and G-d and all His angels stop and listen to us; and after we finish, they say, אשרי העם שככה לו, fortunate is this nation… (Mateh Moshe) And that when desire to do good, or desire to do bad, we create angels that will help us fulfill our desires. (Maharsha Makkot 10b) If a person would just meditate on this a few minutes a day, he would faint. That angels are accompanying him everywhere, to protect him from harm, when he keeps G-d’s Mitzvoth, and to testify against him, when he transgresses His word.

When we pray, when we say Kedusha, we are to stand with our feet together, as if we are angels. When we say Kadosh, Kadosh, Kadosh, one is to uplift himself, as the angels do. When we say Baruch in Kedusha, we are connecting Earth with the Heavens. When we say Kedusha, we are supposed to look upward, toward Heaven, and uplift ourselves.  When we look upward, G-d says, I look into their eyes, I make “eye contact”, and I have no greater pleasure in the entire world than that moment! At that moment G-d holds on to His Throne, on the part of it that bears Yaakov’s image, and He hugs it, and He kisses it, and He mentions the merit of the Jews, and He hurries their Redemption. (Mishna Berura 125; 5) This is Halacha, not just Minhag. Yaakov realized all of this, and that the angels in the Heavens are static. They are dependent, and even G-d, Himself, depends on the action and passion of the Jewish People. (Nefesh Hachaim) Machanayim.

There is nothing more precious to G-s than our making the physical into the spiritual. When Moshe was commanded by G-d to make a Kior, a washing basin to purify the hands and feet of the Kohanim in the Mishkan, the women that had just left Egypt came running with the copper mirrors they had used in Egypt. Moshe was skeptical as to whether he could use these mirrors that had been used by women to beautify themselves, something so mundane and physical, something that was used for the Y. Hara. Especially for the Kior that gave the waters to check the Sotah. But G-d said, these mirrors, are most precious! אלו חביבין עלי מן הכל (Tanchuma Pekudei 9) They were used by these women to beautify themselves for their husbands, to make their husbands interested in them, despite the brutal slavery, to have more children in Egypt.

How is this the most precious thing? Taking the most mundane thing, the Earthly, and making it Heavenly! The reason why Rachel was punished, not to be buried with Yaakov in Maarat Hamachpela, was because she gave up a night with her husband, Yaakov, to her sister Leah, for a few mandrakes! (Rashi) Why such a strict punishment for giving up just one night? Because these are the most precious!

At the outset of the Parasha, G-d promised Yaakov that He would never leave him. G-d also promises every soul before coming down to Earth, I will not leave you, as long as you don’t leave Me. When I came back to Israel, someone asked me if I had bought anything in America for my wife. “Anything that you buy for your wife and kids, you are showing, that you were thinking about them.” When the soul comes down to this world, G-d wants to know that we are always thinking about Him, no matter how Earthly and materialistic this world we are living in is. Just like the child is going to ask his Abba when he comes back home, “How could it be that my Abba went all the way to America, and he came back with nothing for me?” G-d, also, is waiting for us to bring back to Him a changed person, a person who has worked on Himself and thought about G-d, no matter where he is.

This is the power of Levi.  It is so interesting how the dikduk can tell us so much, from just one letter change. When Levi was born, it does not say that she, Leah, called him, Levi. ותקרא  or ותאמר. Rather, it says,עַל־כֵּ֥ן קָרָֽא־שְׁמ֖וֹ לֵוִֽי  He called him Levi. Rashi explains, because of this small, seemingly insignificant Diduk change, we learn that the angel Gavriel took this child from Leah and brought him in front of G-d, and G-d called him Levi. The reason why Leah wanted this name was because she was hoping that now that she had a third son, she would be finally accompanied by her husband, Yaakov. She did not want to feel alone anymore, in her relationship with her husband. If so, what does it mean that G-d also called this child Levi, if Leah, herself, had enough of a reason to call him Levi??

R’ Wolbe explains that the name Levi is given to the ones who are the connection with G-d, who, wherever they go, they bring G-d with them, and He accompanies them. Living with G-d, serving Him, connected to Him. Never alone in the relationship, always thinking about G-d.

A Torah Jew, who needs to walk the streets of Manhattan, has G-d with him in his mind and heart. At the end of time, G-d will bring the Leviyatan, the big fish, for all the Tzaddikim to eat, for them always having G-d accompanied with them, wherever they were. (B Batra 75a)