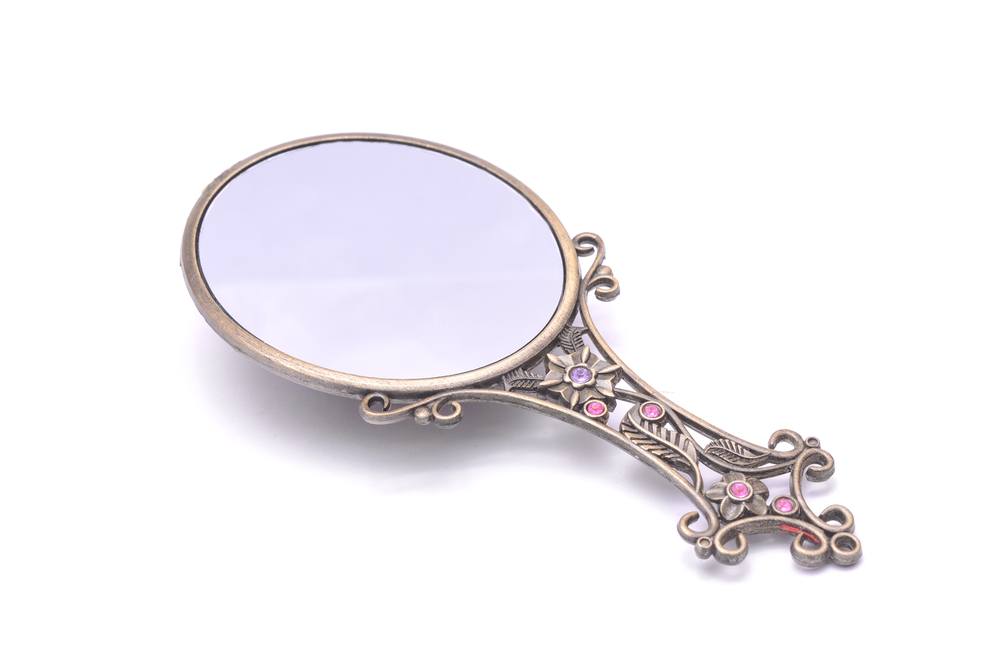 THE ART OF MANAGING BEAUTY

The Eshet Chayil is not a woman of strength, but of valor. Valor is strength of the mind, the ability to face danger and adversity with firmness, bravery and courage. A woman needs valor and courage to dress nicely but modestly, and that courage comes from a focus on the next world and on the future of her family. עֹז־וְהָדָ֥ר לְבוּשָׁ֑הּ וַ֝תִּשְׂחַ֗ק לְי֣וֹם אַחֲרֽוֹן (see Akedat Yitzchak Chaye Sarah)

G-d has no interest in monks or nuns; He has plenty of angels in Heaven. He wants humans who make the mundane spiritual, infusing it with meaning and purpose.  Separating ourselves from worldly pleasures is not a Jewish definition of holiness. Jewish Holiness is using the worldly pleasures only for spiritual, Torah purposes and to sanctify G-d’s Name. Refraining entirely from having any connection to anything material or physical is a sin, as the Nazir needs to bring a sin offering to finish his Nazir status, because he could not enjoy wine, during his Nazir days.

When Moshe fundraised for the Mishkan, the women came running with all their jewelry. With their gold, silver and copper. They brought ornaments such as the כומז, a women’s belt ornament, and they brought their copper mirrors, בְּמַרְאֹת֙ הַצֹּ֣בְאֹ֔ת. One reason why women gave in their copper mirrors, נחשת , is  to fix the sin of Chava with the נחש, the snake, as the letters are similar. Moshe was disgusted with these mirrors that women used for beautifying themselves, for he understood that the attention to physical appearance was a ply of the yetzer hara. But before he rejected the mirror and belt donations, G-d said to Moshe: Take those mirrors and belts!!! They are the most precious to Me, to be used for My Mishkan and my copper כיור  ,water basin! There is nothing more precious to Me and My Mishkan than the mirrors that were used by these Jewish women in Egypt to beautify themselves for their beaten and broken husbands, and build large families during the 86-year holocaust. Each woman would take her mirror out to the fields and call her husband/slave to eat lunch under the apple tree. And they would look at themselves in the mirror, together with their husband, … as the passuk says, תַּ֤חַת הַתַּפּ֙וּחַ֙ עֽוֹרַרְתִּ֔יךָ. (See Rashi 38;8)

Hormones are not bad or good. They just are, and it depends how you use them. When a person uses them in accordance to the Torah, G-d says that there is nothing more holy and precious. When a person gets married, in accordance with Jewish law, this is called Kiddushin. There is nothing else, in Judaism, that is referred to as holiness, other than marriage, itself. Because according to Judaism, holiness is making the mundane spiritual, and there is no greater making the mundane spiritual than marriage.

When a woman uses her strengths to strengthen the man to be holier and greater, there is nothing more spiritual that a woman can do. If we look at all the women who entered the Eshet Chayil hall of fame, it was always because of their having empowered men, not because of something related only to themselves. Sarah, for making her husband rich from Pharaoh. Rivka, for helping Yitzchak overcome the loss of his mother. Leah, for greeting Yaacov with a cheerful face when he returned from the field, when she purchased that night from Rachel for some mandrakes. Rachel, for going through the embarrassment of having no children, every day, hoping to be a mother of the Tribes. Bitya, daughter of Pharaoh, who converted and dealt with Moshe. Yochebed, for being the mother of Moshe. Miriam, for prophesying that her mother would have the child (Moshe) that would save the Jewish People, for getting slapped on her head over her prophecy by Amram when the slavery got worse instead of the redemption arriving, and when little Moshe was thrown into the Nile, she stayed strong to her prophecy, by waiting on the side of Nile to see what would happen to her brother. Chana, for praying for a son, and in that merit of prayer, to be the mother of Shmuel, who was equal to both Moshe and Aharon. Yael, for not killing Sisra with a sword, so as not to wear something associated with men, but instead, killing him with a tent peg. The widowed woman who gave bread and water to Eliyahu the prophet. Rachav, the harlot, who was willing to help the Jewish Spies when the Jews came to destroy Yericho. Bat Sheva, for being the mother of King Shlomo. Michal, for saving King David’s life from the hands of her father, King Shaul. Shimshon’s mother. Elisheva bat Aminadav, the wife of Aharon, and the mother of all Kohanim. Serah Bat Asher, who saved a whole city of Jews, with her sound advice. The wife of Ovadiah the prophet, who prevented her sons from falling into King Achav’s persuasion to worship idols. Shunamit, for feeding the prophet Elisha. Ruth, for converting and embracing the religion in such a way that she merited to be King David’s grandmother. (Midrash Mishlei)

In Az Yashir, we mention how, when the Jews left Egypt and they crossed the Sea, the nations of the world were petrified from the Jewish nation. תִּפֹּ֨ל עֲלֵיהֶ֤ם אֵימָ֙תָה֙ וָפַ֔חַד Her fear and trepidation will fall upon them. The word אימתה, her fear, is strange here. Why doesn’t it just say אימה, fear? The answer is, when the nations of the world saw all the little children leaving Egypt, they wondered how the Jews were able to have the strength to have children, while they were in an 86-year holocaust? Every male slave was definitely going through the two greatest causes of depression: hopelessness and helplessness. How were they able to have children?!? The answer has to be that the Jewish nation has SUPERWOMEN!!! Women who know how to give their husbands hope, encouragement and spiritual strength! Women who recognize that only through building families, can we hope that יְקֹוָ֥ק׀ יִמְלֹ֖ךְ לְעֹלָ֥ם וָעֶֽד , that Hashem will rule forever, through descendants. The nations of the world realized that with women like that, the Jewish nation is indestructible!!! And that is who they feared! The incredibly spiritual Jewish women!!!

How does the woman have this power? This עוז? The answer is,  וַ֝תִּשְׂחַ֗ק לְי֣וֹם אַחֲרֽוֹן, she knows how to laugh through the craziness, because in the end, on her last day,  she will laugh best. She will give back her soul to her creator, saying, I gave every part of me for You, G-d! She knows how to look into the future, past the slavery. Ever wonder where Miriam and the women had drums and bongos in the desert, to sing at the Yam Suf? The answer is that the women were preparing these bongos while they were in the midst of slavery, knowing that there will be a lot to sing and dance about, when G-d brings about their salvation!

Mirrors, beauty, are creations of G-d, and they are good and beloved to G-d, but only when used in line with the Torah’s guidelines. According to the Ibn Ezra, it was the giving in of these mirrors, by these women, that G-d loved so much. These women realized that now that we have a Mishkan, we don’t need mirrors as much, because our homes will have tranquility in them, with the husband and wife growing spiritually, through their connection to the Mishkan, which brought G-d into their homes. And those mirrors, G-d wanted more than anything else!