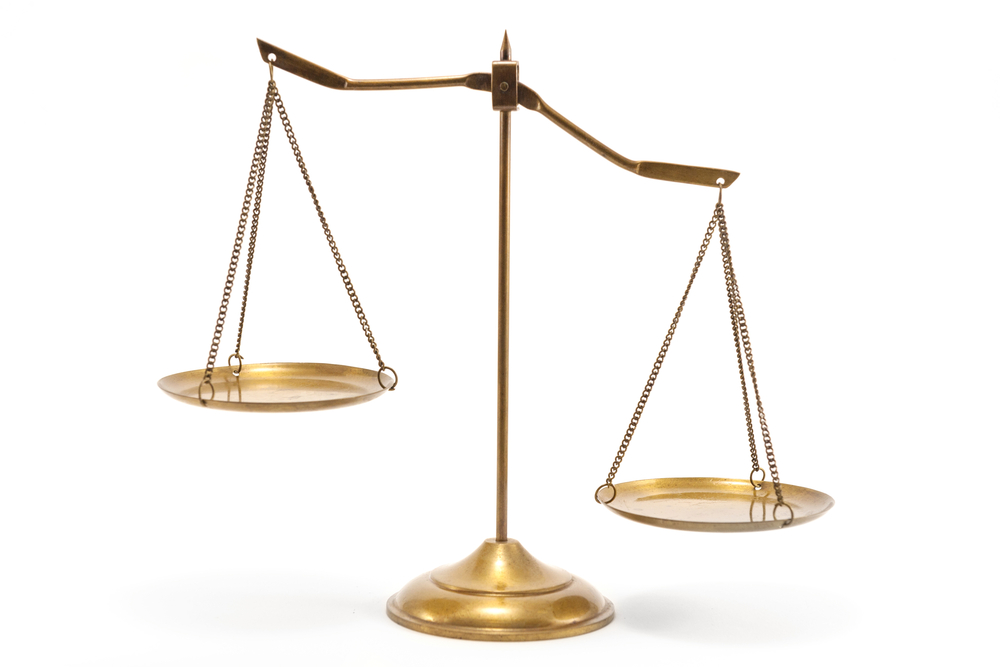 THE ART OF ACCEPTING JUDGEMENT

The opening of the Heichal, the Ark, before taking out the Sifrei Torah, is considered a powerful time to pray, an עת רצון. It is then that Hashem loves us most, as it is a time of a great Mitzvah. Just like for a woman, candle lighting is a most powerful time to pray that her children will light up the world with Torah and good deeds, as candle lighting is the time for her Mitzvah. (Rabbenu Bachye Shemot 19;3)

At the moment of opening the Ark, before we take out the Sefer Torah on holidays, each holiday has a unique prayer that expresses the deeper meaning of the holiday in the Yehi Ratzon. The prayer of Rosh Hashana is, Just like Adam HaRishon stood in front of You for judgement on this first day of creation, and he came out acquitted from his sin of the forbidden fruit, and You delayed Your anger with him, so too, in Your great mercy, kindness and truth should come before You, to take out our case to light. Judge us with Your righteousness and remember us in a good memory before You! And remember us in a way of salvation and mercy!

Wait a second. Adam Harishon was judged with mercy? He came out innocent?! Wasn’t he thrown out of Paradise? Didn’t he bring death to the world and bring poverty to those who don’t work by the sweat of the brow? Didn’t he cause billions of women to be moody and have unbearable pain when giving birth? Is that the type of judgement we are asking for from G-d?! Has Veshalom! Bar Minan!

The answer sheds light on the Jewish concept of Judgement in general, and the judgement on Rosh Hashana in particular. Adam, before his sin, was on a totally different level from the level of humanity we are familiar with; he had a completely different level of choice. Adam before sin was above material desire; and so, he had no idea that he was nude, and he had nothing to be embarrassed about. Because of his sin, he became aware of the material aspect of the world, and he knew that he was naked. Adam, before his sin, needed to choose between what is True and what is False. Before sin, Adam’s choice was not between Good and Bad. Bad means that it is real, but it is bad. False means that it is not even real. After the sin, temptations and desire became real, just bad. The עץ הדעת טוב ורע means the tree that the good knows bad and the bad knows good, meaning that good and bad connect and relate to each other. Daat does not mean knowledge, alone, but it means connecting, as we see the first usage of the word regarding the first marital relations: וְהָ֣אָדָ֔ם יָדַ֖ע אֶת־חַוָּ֣ה אִשְׁתּ֑וֹ. (Moreh Nevuchim; Ramhal Maamar HaChochma)

After the Heavenly court case of Adam, the new world he would need to face would be a world in which he needed to fight Desire and Material drives, no longer deciding between True and False, but between Good and Bad. His judgement, then, was not just a punishment or curse, but a new chance to bring G-dliness into the world under the new circumstances, something that had been missed in the first chance that failed. Now, after eating the forbidden fruit, he needed to deal with and fight against desire. Now, the Yetzer Hara was part of the psyche, with temptation calling from within, “I want x”, and not “You should x.”

The ruling on the first Rosh Hashana of creation was the new challenge: a challenge fit for man to fix what he had done wrong, that he had missed his opportunity to bring G-dliness to the world. The test before Adam sinned was the false thinking that Hashem had eaten from the forbidden fruit, and that was what had empowered Him to create worlds. (See Rashi Bereshi 3;5) He failed his first test, and so, Judgement for Adam meant he needed to correct that; he needed to be distanced from G-d and trust Him, even in the dark, even when life doesn’t make sense. In Gan Eden, Emunah was obvious, G-d’s Oneness was clearly sensed, and remaining there, having Emunah there, would not be the challenge that Adam could bring about G-dliness in the world. By believing in G-d in such a vacuum, it would not be the challenge that would suit Adam after his sin.

Judgement for Adam, and for us, was not and is not punishment for the past; rather, it is an opportunity to fix for the future. When Adam was judged, that was the greatest kindness to him, because it gave him a chance to fix the lost opportunity of bringing G-dliness, in accordance with the “new Adam”. Rosh Hashana, judgement for us, as well, is not “payback punishment” for last year, but, rather, an opportunity to go to the new year with a fresh new start, to fix in a new way, what we did not achieve last year. For someone who is not a Rasha Gamur, even Gehinom is not meant to be punishment for the sake of revenge, but for the deeper purpose of being a purification of the soul, a sort of washing machine, something that a person is not able to achieve in this world, without pain and suffering. (Rasha Gamur is someone who is not a Tinok Shenihsba. On Rasha Gamur Gehinom is punishment, for then there is a concept of צדק  and אית דין ואית דיין)

R’ Eibshitz explains the seeming contradiction how during the Shofar blow, on the one hand, we are bringing upon ourselves judgement, and on the other, the Shofar is what makes our judgement sweet. This is because by bringing upon ourselves judgment, we are not running away from our responsibilities; we are not claiming bankruptcy. Instead, we want G-d to look at all we have done and give us another chance to fix everything, without distractions and disturbances.

When we blow Shofar, we are showing that we want to be judged, because we really, really want to take responsibility for our Tafkid, our life’s purpose, and the responsibilities that G-d puts in front of us. So, by blowing shofar, by asking to be judged, this brings us in a good light in front of G-d, and He judges us favorably. נַחְפְּשָׂ֤ה דְרָכֵ֙ינוּ֙ וְֽנַחְקֹ֔רָה, we reflect on and check our actions with a magnifying glass, for we are attempting to improve what we have done wrong, and this brings upon us  great mercy from Above. This is why we dress in our finest holiday clothes, and we eat our finest holiday dishes while we are being judged, to show that we are happy to have a chance to fix the lack of G-dliness in the world that was created from our actions. We are not running away from our responsibilities. We did not give up on ourselves and on our Tafkid, our soul’s purpose, and so, we rejoice! This is what it means, אַתֶּ֨ם נִצָּבִ֤ים הַיּוֹם֙ כֻּלְּכֶ֔ם לִפְנֵ֖י יְקֹוָ֣ק אֱלֹקיכֶ֑ם רָאשֵׁיכֶ֣ם שִׁבְטֵיכֶ֗ם זִקְנֵיכֶם֙ וְשֹׁ֣טְרֵיכֶ֔ם כֹּ֖ל אִ֥ישׁ יִשְׂרָאֵֽל:

The purpose of all the Mitzvoth and of the Creation is that we believe in G-d and trust in Him. By sinning, one shows that he has ignored G-d and doesn’t believe in Him. The commandments were given for that purpose: to make a connection and create a relationship. The purpose of accepting Judgement, then, is to display that this world is not a “free for all”, but a place in which G-d is involved, and He is Melech, even though, throughout the year, we might have ignored that fact. This is why, when someone accepts judgement, or someone accepts suffering, he fixes his past. Because, in that acceptance, he has fixed his having ignored G-d, by acknowledging Him. As we say on Mussaf Rosh Hashana כי זוכר כל הנשכחות אתה For You remember all that we forget. All the sins that we forget, You remember, and the sins that we remember, You “forget”, so to speak. Because when a person remembers his sins, and constantly does Teshuva, by distancing himself from the environments and cues that brought him to sin, this brings G-dliness to the world in a new way.

This is why the cure for pain and suffering is to accept it, with love. The Or Hachaim explains that as long as the 12 tribes and their sons were alive in Egypt, slavery did not start, for they accepted the decree and punishment of exile, with love. But the granddaughters, Yocheved and Serah, did not accept exile with love, so, although they were still alive, the exile started. How does the Or Hachaim prove this? It says that Yaakov needed to bring the girls, his granddaughters; but the grandsons came down to exile on their own. וַיָּבֹ֖אוּ מִצְרָ֑יְמָה יַעֲקֹ֖ב וְכָל־זַרְע֥וֹ אִתּֽו בָּנָ֞יו וּבְנֵ֤י בָנָיו֙ אִתּ֔וֹ בְּנֹתָ֛יו וּבְנ֥וֹת בָּנָ֖יו וְכָל־זַרְע֑וֹ הֵבִ֥יא אִתּ֖וֹ מִצְרָֽיְמָה The passuk separates between the boy and the girls, and only on the daughters and granddaughters it says, that Yaakov needed to bring them. The boys who came on their own, never went through the suffering of the exile. From this we learn that, if instead of complaining about difficulties, we accept them, that is how we make them “sweet”.

We know that our Patriarchs were blessed with all the good, as we say in Birkat Hamazon, בכל מכל כל. But didn’t Yitzhak become blind, just one third into his life? Isn’t blindness considered like being dead, as he cannot enjoy the world that he is given?!? Yes! But Yitzhak accepted this, accepting that all this pain and suffering was for the best. And it was! Yitzhak’s blindness was the only way Yitzhak would make the mistake of blessing Yaakov, instead of Esav!!!!

← THE ART OF BEING GRATEFUL