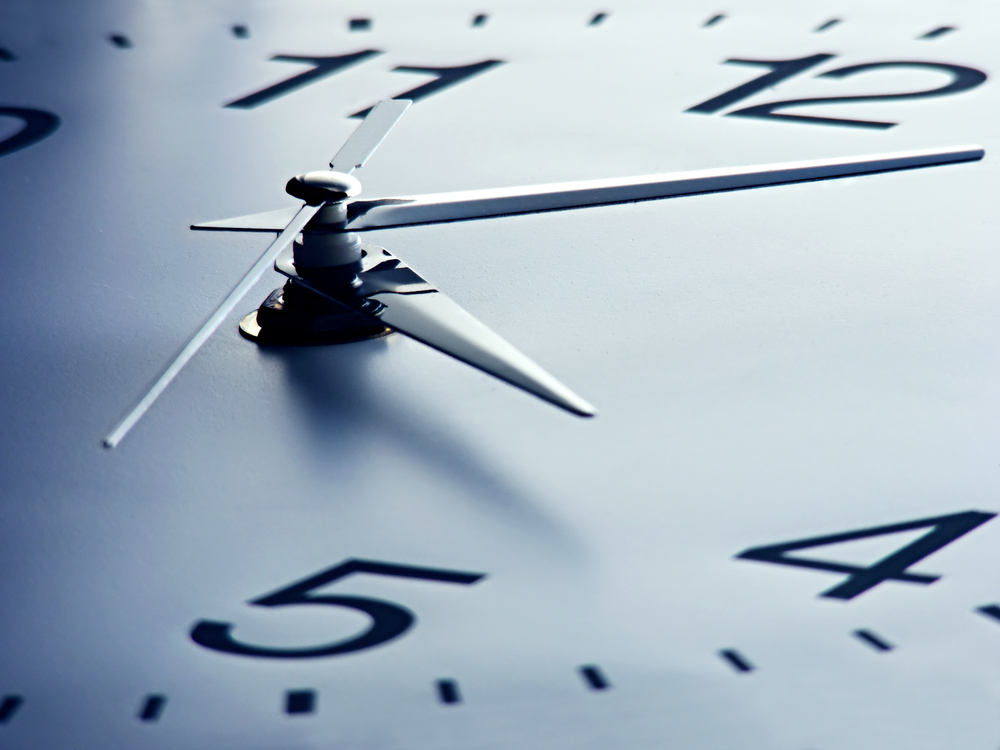 THE ART OF LIVING LIFE

You have a choice to make at any given moment. Kill time, or, give time a life. No matter if you choose it actively or passively, consciously or subconsciously, the choice will be made. How do you kill time? By deciding that time is unimportant, not recognizing its worth. How do you live time? By maximizing it for what it is worth.

Time is non-refundable, under all circumstances. 86,400 seconds a day, and it’s all gone, the second the day is over.

During this time of year, there are people who are judged to have life, and that means they will make the most of their time. There are people that will be judged with death, and it means they will kill time; time will just pass, meaninglessly. And there are tzaddikim who will die, here in this world, but will live eternally. As the Maharsha saysדהצדיקים במיתתן נקראו חיים וההפך הרשעים בחייהן קרוין מתים שהצדיק שמת הוא חיותו לעוה”ב ומיתתו בעולם הזה כמ”ש אדם כי ימות באהל וגו’ אינו רק במקרה וההיפך הרשעים חייהן בעולם הזה אינה אלא במקרה והיא מיתתן מוחלטת לעולם הבא (Rosh Hashana 16b) Because life and death, is determined, by how meaningful your life is.

The prayer that seems to repeat itself during the days between Rosh Hashana and Yom Kippur is the prayer for life itself. Time is life. If you feel you waste too much time, and you want next year to be different, that is what we pray for when we ask for Life in our High Holiday prayers. And using your time wisely, with self-discipline, is a major factor to living a successful life. The biggest handicap to success is not a lack of brains, character, or willingness. It is the lack of self-discipline to get things done, on time.

Many people know what to do, and they almost do it on time. They miss it, sometimes, by only one minute. Not because they are not busy. They are busy, sometimes busier than most people. But they fail to accomplish the most important tasks on their “to do” lists. The successful wake up in the morning, immediately, like a lion. From the time they wake up, they become productive, as swift as a deer. They have their activities of the day prepared and prioritized from the night before, and they stay calm, focused on their project like an eagle, throughout the day. And, brazen like a leopard, they are not afraid to take on their most important tasks, first, no matter how scary they look.

If you do not have anything that you are busy with, learn how to fill your time with value. Volunteer, learn something new, make new relationships and connections, tend to your physical, spiritual, emotional health, read, journal, or find a new source of income.  These are all valuable uses for your time.

Growing up, I could not get one particular song out of my head, even though I was not crazy about it.  It was Avraham Fried’s song, with words from the Ibn Ezra, אדם דואג על איבוד דמיו / ואינו דואג על איבוד ימיו; דמיו אינם עוזרים / וימיו אינם חוזרים A person worries about the loss of his money, and is not worried about the loss of his days. His money does not help, and his days don’t return. These words are mentioned by many great Jewish authors, including Nodah Biyehuda, R’ Natan from Breslov, R’ Shalom Sharabi, and the Chazon Ish. This problem of valuing money, worrying over lost money and not worrying about loss of time, seems to be common to all communities! Whether you are Sephardic, Ashkenazi, Litvish or Hassidish, Kabbilistic or Bnei Braki.

When Yaakov was asked by Pharaoh how long he lived, he answered, with what seemed to be a cryptic answer. But this is how the Malbim explains it:  “So far, I lived ימי מגורי, like an animal, without really living life, a total of 130 years. But, if you ask me how much of my life I actually lived, my days were short and bad, and they did not reach to the fulfillment of days of my father Yitzhak and the days of Avraham.”

When the Torah eulogizes a great and successful person, it says that he/she was great at time management! Moshe, in this week’s parasha, says about himself, בֶּן־מֵאָה֩ וְעֶשְׂרִ֨ים שָׁנָ֤ה אָנֹכִי֙ הַיּ֔וֹם.I am today 120 years old. Why is that important, that Moshe was letting the people know how old he is? Because he was telling them that all that I have become is because I made the most of my time. Avraham died, and the Torah eulogizes him as וְאַבְרָהָ֣ם זָקֵ֔ן בָּ֖א בַּיָּמִ֑ים,  as the Zohar explains, that his days, were “in his possession”. When Sarah Imenu died, the Torah eulogizes her, saying וַיִּהְיוּ֙ חַיֵּ֣י שָׂרָ֔ה מֵאָ֥ה שָׁנָ֛ה וְעֶשְׂרִ֥ים שָׁנָ֖ה וְשֶׁ֣בַע שָׁנִ֑ים שְׁנֵי֖ חַיֵּ֥י שָׂרָֽה: After the passuk tells you that Sarah lived 127 years, it tells you that “these were the years of Sarah’s life”. Why the repetition? The commentators tell us, to teach us, that all of her life, was equally good. What? She was barren for most of her life! She was taken to Pharaoh’s house, to Avimelech; her father Haran, who was a follower of Avraham’s beliefs, was killed, thrown into the furnace by Nimrod, when she was young, and her only son was bullied and almost killed by her step-son, and finally, she died from the shock of Satan telling her that Yitzhak had been offered as a sacrifice by her husband Avraham!! How could the Torah possibly say that all of her life was equally good?

Sarah made sure that she lived her days, as best as she could. She did not have “down” times. No matter what she went through, she made sure to live it to the max! Never saying, “I’m too tired. I’m off today, because I am not in the mood”.

The secret of serving G-d is the steady, the continuous. Never missing. When the going gets tough, the tough get going. This is the explanation of the Midrash, found in the Ein Yaakov, “Ben Zomah says that the whole Torah is summed up in the words Shemah Yisrael. Ben Nanas says it is summed up in the words “Love your friend as yourself”. Ben Pazi says, אֶת־הַכֶּ֥בֶשׂ אֶחָ֖ד תַּעֲשֶׂ֣ה בַבֹּ֑קֶר וְאֵת֙ הַכֶּ֣בֶשׂ הַשֵּׁנִ֔י תַּעֲשֶׂ֖ה בֵּ֥ין הָֽעַרְבָּֽיִם: The one sheep (Korban Tamid) you shall do in the morning, and the one sheep you will do, in the evening.” The Maharal explains this (Netivot Olam 2, Ahavat Reiah, 1) that the day in, day out, steady service of G-d is a greater, more fundamental principle of service than accepting the yoke of Heaven in Shema, and not doing to others what you don’t want to be done to you. Because the steady one is a person who lives life, without excuses. With productivity, and with maximizing each day G-d gives Him.

← THE ART OF ACCEPTING JUDGEMENTTHE ART OF BEING PROTECTED →