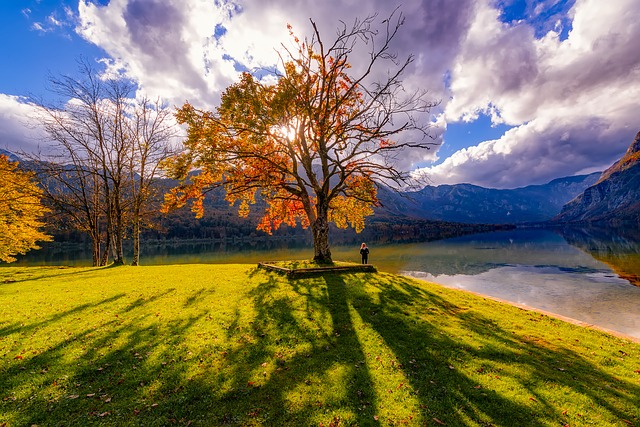 Why does the Torah put the Nazirite laws immediately after the laws of the Sotah? For if one sees a Sotah in her disgraceful state, he should become a Nazir from wine, so that he does not follow in her ways of immorality. (Berachot 63a, Nazir 2a) Wine, the chase for extras in life, can bring to immoral conduct.(Meiri)

Shimon Hatzaddik, a Kohen Gadol and the Gadol Hador, would not partake of any Nazirite atonement sacrifice. (That was because most of the Nezirim were not genuine Nezirim. When they would realize the difficulty of the Nazirite laws, they would regret their Nezirut.) There was, however, one exception – that of a “goldilocks” shepherd from the south. Shimon Hatzadik said, “I asked him what brought him to cut such beautiful hair, and he told me: I was shepherding my father’s sheep, and I went to draw water from the spring. I gazed at my own reflection, and my Yetzer Hara jumped up at me and tried to drive me out of my world. I said to him, Rasha! Why do you look with conceit at a world that is not yours?! Why should you be ruled by conceit, when you are going to be consumed by worms and maggots in the grave?! I swear that I will cut you (my hair), for the Sake of Heaven!”  Shimon Hatzaddik immediately stood up for this Nazir, and kissed him on his head, saying, “My son! May there be more like you in the Jewish Nation.” (Nedarim 9b)

There are a number of questions on this piece of Talmud. The commentators explain that the way the Nazir’s Yetzer Hara was going to “drive him out of his world”, out of his Olam Haba, was by making him “believe that he is god.” What does this mean? Also, it seems from the words of the Nazir above, that a prerequisite for losing self control is haughtiness. What is the connection between self control and haughtiness? And one more point to ponder.  R’ B. M. Ezrachi, in his sefer Birkat Mordechai, asks: If Mr. Goldilocks from the south wanted to fight his Yetzer Hara by nullifying his good looks, cutting off his beautiful curls, wouldn’t it have made more sense just to shave his head bald, right then and there? Why did he need to go through the process of becoming a Nazir, and only upon finishing his Nazirite days, shave his head for G-d’s honor?

R’ B. M. Ezrachi Shlita explains that there are two ways for one to fight his Yetzer Hara, to exhibit self control. One is immediate, but doesn’t last. It should be used only in case of emergency. In this case, it would have been to go to the other extreme, to cut off his hair, right then and there. (R’ Ezrachi coins this as “the Novarodock way”) But this tactic does not last long, because it is not the stunning hair that is the problem. The hair is just a trigger that activates a deeper problem. Hair grows back, and Mr. Handsome from the south would then have been in the same vulnerable position that he was before.

The Nazir from the south wanted to make a lasting change. So, he needed to change his identity, to become a different type of person, a person who would not sin. Nazir comes from the word Nezer, or crown. The man from the south decided to wear a G-dly crown. What does that mean, to become a more G-dly person? It doesn’t mean “shaving off” the beautiful things that G-d has given you. It means to be proud that you are using the good that G-d has given you for the sake of bringing G-dliness to the world. To be a role model of holiness, by being proud of your holy lifestyle. And that you dress your best, because you are G-d’s representative to the world you live in. (R Ezrachi coins this as “the Slabodka way”)

The best way to change your identity to become a more G-dly person, the place where it all begins, is from the first words of the Nazir from the south. Stop. Close your eyes, and let the words of the Nazir sink in. Why do you feel haughty about a world that is not yours? This is the secret to self discipline, self control. It is all about whose world you live in. Is it your world, or is it G-d’s world? Do you honestly believe that G-d owes it to you, to give you good looks?  For that matter, does G-d owe you anything, at all?

The world that you live in is not the world that you deserve, for better or for worse. If G-d gave you power, looks, money, family, love, honor, happiness, wisdom, or, if G-d decided that you should not have one of the these, it is the world G-d knows is best for you, to enable you to bring G-dliness into it. This is an elevated life, a life with meaning. G-d wants us to bring G-dliness to the world through the presents he gives you, and He does not want you to disregard the good looks He gave you, the nice car, the nice house. Rather, He wants you to dedicate it all to Him. If you look at what you have as a gift from G-d, you become a different person.

Nothing can help you toward self-discipline more than the realization that your world is not yours. Why is this such a powerful tool? Because there is a prerequisite for every materialistic desire you succumb to. And that is the feeling of ownership. The feeling works with an inner voice of “if-then”. “If the food is on my plate, then I must finish it”(even if I am already full). “If the food is in my house, then I must eat it” (even if I am not hungry). “If the money is in my pocket, then I must spend it” (even if I do not need the item). When we undo the false “if-then” thinking, we have more self control. Feeling ownership is the root of lack of self control. But when you believe that what you have is not yours, לה’ הארץ ומלואה, it all belongs to G-d and it is there for you to bring G-dliness to the world, you can take control of your haughtiness, your diet, and ultimately, your spiritual life.