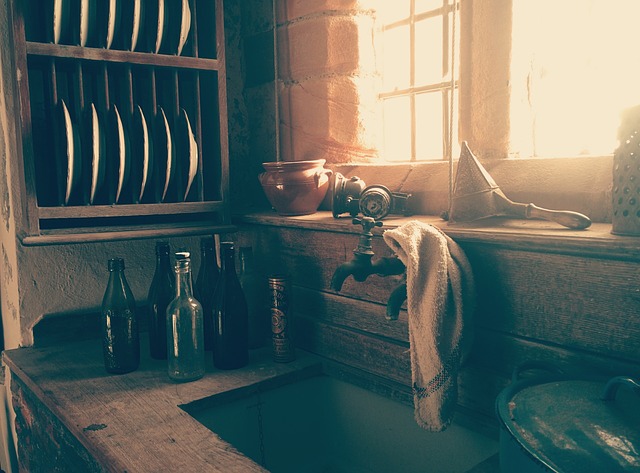 Here is the sequence of events discussed towards the end of our Parasha: The Jews complain to Moshe about their heaven-sent Mannah. They would rather have the natural produce from Egypt. They want meat. Moshe tells G-d, “Kill me now; just don’t punish Your people!… I can’t carry the weight of this nation alone! I can never supply all the meat they want!… Even G-d can’t supply all the meat they want!”

How strange for Moshe to ask G-d, at this point, to kill him instead of punishing the Nation, something he asked of G-d only at the sin of the Golden Calf! Also, why was Moshe saying that he could not help the people?  Wasn’t he the ‘superman’ sent from G-d to bring on the 10 Plagues, take the Jews out of Egypt, split the sea, and bring the Torah down from the sky? Relative to these monumental achievements, bringing meat for the nation was not a miracle of such proportions that it would be hard for Moshe to ask it of G-d. And how strange for him to say that G-d can’t supply the nation with meat!!!

G-d responds that He will take away part of Moshe’s prophecy and give it to the seventy elders, so that they will have a share in prophecy. Moshe knows that 70 can’t be divided by 12, and he wanted an equal number for all 12 Tribes. So, Moshe took 6 from each tribe and wrote on only 70 out of 72 notes the word “Elder”. Ironically, Eldad and Medad, the two that were left out from the 70, ended up receiving prophecy, and their prophecy was something that shook the whole Jewish Nation to the core: “Moshe will die, and Yehoshua will bring the Nation into the Land of Israel!”

The two reasons that we know why Moshe needed to die and not bring the people into E Yisrael, were the following: A. When he was first sent to Pharaoh, and as a result, things only got worse, Moshe questioned G-d למה הרעות לעם הזה למה זה שלחתני.(see Rashi, Shemot 6;1 and see Siftei Chachamim there) B. When Moshe struck the rock with his staff to get water, and lost the opportunity to bring about a higher level of Kiddush Hashem (Bamidbar 20;12). This prophecy of Moshe’s death, at this point, seems so out of place. Why did it need to come out right after the Jews complained about the Mannah?

And one more episode, before the Parasha concludes. Miriam spoke to her brother Aharon about Moshe, regarding Moshe’s separating from his wife, Tzipporah, and questioned if Moshe should be different from other prophets. Specifically at this point, the Torah says about Moshe,וְהָאִ֥ישׁ מֹשֶׁ֖ה עָנָ֣יו מְאֹ֑ד מִכֹּל֙ הָֽאָדָ֔ם אֲשֶׁ֖ר עַל־פְּנֵ֥י הָאֲדָמָֽה And the man Moshe was more humble than all the men that were on the face of the earth. Moshe’s humility is evident in so many places in the Torah. Why is it necessary to mention it at this specific place?

We opened with the complaining of the Jews. What were the Jews of the Desert complaining about? Such holy, wise, angelic men? They did not want to be so angelic!!! They did not want heaven-sent food, and to be so dependent on G-d! After all, Moshe, I am here in the desert with a very large family, and the only food I can rely on is this Mannah! How irresponsible of me to be so dependent! In Egypt, I had normal food, natural food. I wasn’t so dependent on G-d, so irresponsible toward my family.

An assault on the Manna was an assault on Moshe, in whose merit we have the Manna. Moshe was the most humble of men, in the sense that no one views himself dependent on G-d to the same degree that Moshe did. Moshe can get them Manna, dependency, but he can’t get them a feeling of security without G-d! Even G-d, no matter how much meat He would provide – if a person is looking for a feeling of security without G-d, there will never be enough.  And, when someone wants security, when he wants to manage without G-d, G-d doesn’t help him. Instead, G-d says, “If you want to manage on your own, go ahead and try”.

This is why at this point, the prophecy came out that Moshe would need to die and would not bring Klal Yisrael into E Yisrael. Because this is the point where the Nation lost their merit of having Moshe, a Man of Miracles, as their leader. “If you want to manage without miracles, if you want to fight without feeling total dependence in G-d, Yehushua will have to take you in. Not Moshe.” Moshe’s needing to die was a catalyst for the next Parasha, the story of the Jews’ fear when they heard from the Spies how they had no hope of being victorious over the 7 nations in a natural manner.

Recent studies have shown that the best CEO’s are the most humble.  For years, philosophers and psychologists frowned on ‘humility’, saying that it showed character weakness. This is because the concept ‘humility’ is often misunderstood. Humility is defined in the Miriam Webster Dictionary as a modest or low view of one’s own importance. For this reason, people have a misconception about humility, thinking that it means to regard yourself as a ‘shmatteh’. R’ Shach would say that this cannot be what humility is, because how, then, would we understand Moshe’s teaching this passuk of Torah to the whole nation, expounding on how he was, is and will always be the most humble person ever?!?

The Orchot Tzaddikim tell us, clearly, what humility is and how to achieve it. At its root, real humility is recognizing one’s complete dependence on G-d and acknowledging that all the good you have is not because you deserve it, but because G-d, in His everlasting kindness, wanted you to have it. The hardcore truth of humility is that we don’t know where we are going in life, until we have one foot in the grave. We do not know if things will be better or worse, although we hope for the best, because we are totally dependent on G-d.

How humble you are, how undeserving you feel, or how dependent in G-d you feel, is evident from the way you respond when faced with disrespect. So many people feel like a Shmatteh when faced with insult, only because they feel that they deserve more respect, or they feel that they have importance, independent of G-d. They are just surrendering because they don’t have any options, power, or courage to do anything about the given situation. That is being a Shmatteh; that is not being humble!

Of all people, Moshe felt the most obligated to G-d, the most underserving, the most dependent – and proof of it was revealed only now, when the closest person to him, his sister, Miriam, who saved his life, compared him to other prophets, and he did not respond, although he had the power to!  Because he felt, “I do not deserve to be a prophet on a higher level than others; if G-d wants me to lose my level of prophecy, I will lose it, and the strengths that are G-d-given just make me more obligated to Him”. This is how we can understand the sequence at the end of our Parasha.

We lost Moshe, because we did not want what he stood for! If we want miracles in life, we need to start feeling more dependent, more undeserving, and more obligated to G-d. G-d never forgets our original faith, our dependency in Him, following Him into the desert without any plan for survival.  G-d remembered our Chessed with Him and did not annihilate us at the time of Exile in Yirimiyahu’s days. כֹּ֚ה אָמַ֣ר יְקֹוָ֔ק זָכַ֤רְתִּי לָךְ֙ חֶ֣סֶד נְעוּרַ֔יִךְ אַהֲבַ֖ת כְּלוּלֹתָ֑יִךְ לֶכְתֵּ֤ךְ אַחֲרַי֙ בַּמִּדְבָּ֔ר בְּאֶ֖רֶץ לֹ֥א זְרוּעָֽה (Yirmiyahu Ch. 2) He even refers to such faith as doing Chessed with G-d. What?! Does G-d need our Chessed?! Of course not! But if there is anything that we can do for G-d that even resembles chessed, it is to be dependent on Him, and on Him alone. (See Homat Anach from the Chida, ibid.)

← OUT OF CONTROLTHE MITZVAH TO BE YOURSELF →