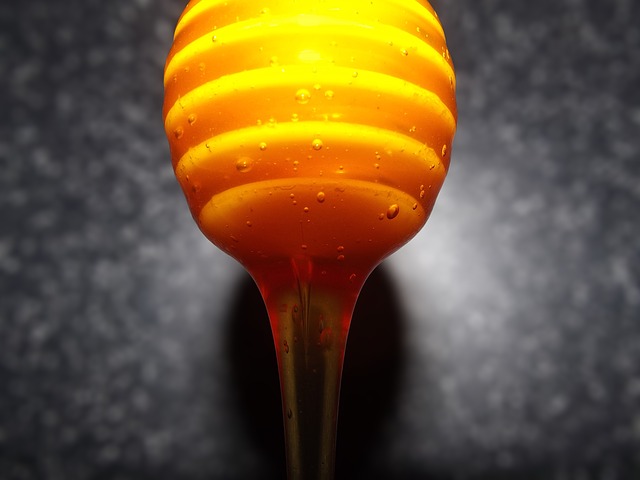 Enjoying Torah, making it sweet, is not just Torah with extra credit. Sweet Torah, Torah that is enjoyable, is the only Torah. If it is not sweet, if you do not enjoy it, it is not Torah; it is just a bootleg version of it. A bootleg recording is an audio or video recording of a performance that was not officially released by the artist. Torah that is without your being involved in it, wanting more of it, is not the original Torah G-d gave at Har Sinai. It is just a bootleg version.

Enjoying Torah is so important that we pray for its sweetness every day in והערב נא, in Birkot Hatorah. If a teacher does not make the Torah sweet to his students, it is better that he should not teach. (Midrash Shir Hashirim 2; Midrash Tanchuma Ki Tisa 16; Shemot Raba 41) Why is this infraction so serious that Rabbi Sugarfree should find another job? Because Torah is not a subject or a discussion of philosophy, or even a religion. It is a way of life, and an ongoing conversation of the ages between G-d and His People.

This is where we face a huge problem. There is so much Torah learning, so many boys in Yeshiva. So many girls in school. So many audio and video recordings on line. It seems as if everything is bliss. But, the individual is lacking the practical tools to make his Torah learning sweet and enjoyable. Parents and teachers are lacking guidance in how to make Torah sweet for their disciples.

The purpose of a Yeshiva, the purpose of Bais Yaakov, is to make the learning sweet for life. As Albert Einstein said, education is what remains after one has forgotten what one has learned in school. The purpose of a yeshiva is to transmit the real Torah, in all of its sweetness, to give a taste of something so sweet that the taster wants more and more.

The Mishna in Avot mentions 48 ways to acquire Torah, and these 48 are the secret to its sweetness. The Or Hachaim breaks down these 48 ways mentioned at the end of Pirkei Avot into three groups. All three groups are found in the passuk in Yitro, וַיִּסְע֣וּ מֵרְפִידִ֗ים וַיָּבֹ֙אוּ֙ מִדְבַּ֣ר סִינַ֔י וַֽיַּחֲנ֖וּ בַּמִּדְבָּ֑ר וַיִּֽחַן־שָׁ֥ם יִשְׂרָאֵ֖ל נֶ֥גֶד הָהָֽר  And they travelled from Refidim, and they came to Midbar Sinai, and Yisrael camped there opposite the mountain.

The first group is ויסעו מרפידים, to grow in your Torah-learning efforts. רפידים hints at the idea of רפיון ,weakness. They travelled away from weakness in Torah. The first of the three groups of the 48 is to take learning seriously. To taste the sweetness in Torah you need to invest not just time and effort, but to make your investment in a specific way, a way that is already built into the yeshiva system. The yeshiva system is structured after the dimensions of the Aron Kodesh, the Holy Ark. The Aron represents the Torah, and just as the Aron’s measurements are expressed as breadth and depth, so too the sweetness of Torah is found in the blend of breadth (Bekius) and depth (Beiyun). (Toldot Yitzhak, Terumah)

The second group is to conduct yourself with humility, hinted in the words of the Passuk, מדבר סיני . The Torah was given on Har Sinai, the lowest of mountains, to teach us that G-d comes down to teach Torah to the humble .(Megillah 29a ;Sotah 5a) The Kotzker and the Chidushei HaRim ask, if Hashem chose Har Sinai because of its lowliness, why wasn’t the Torah given on the ground or in a valley?

The answer is brilliant. In order to recieve the Torah, one needs to believe in himself, to feel that he can grow, think of new ideas, ask questions and find the answers. If you learn like a shmatteh, if you can’t fight for your chiddush, you will never be able to taste the Torah’s sweetness. Again, the balance between humility and esteem is the key.

Although we read earlier the parasha of the curses for those who do not toil in Torah, the week immediately before Shavuot, we read Bamidbar, where G-d counts every Jew, regardless of his spiritual standing. There is a balance between having a broken heart, feeling so disappointed in oneself, and then believing in oneself again, similar to what we feel on Rosh Hashanah, when we read the curses of Ki Tavo, and then we read Nitzavim, that Moshe gives us back encouragement.(Megillah 31b)  The Yeshiva is all about balance, about training its students to learn in a balanced way and to have a balanced self-perspective. To recognize that G-d counts each and every Jew, each Neshama is called a Yechida, for its uniqueness. And each person has his part of Torah that he connects to. When a person learns higher than his level, or lower than his level, it is difficult to taste the Torah’s sweetness.

And the third group of the 48 is ויחן שם ישראל, the idea of unity, of Achdut, כאיש א’ בלב א’, as one man with one heart. What does that mean? One man, I understand to mean unity. But what do the words “one heart” add to the idea of unity?

You cannot be focused on two ideas at one time. One heart, then, means total focus. It is so hard to focus when there is jealousy, hatred, competition among us. Jealousy, hatred and competition blur one’s concentration, making it impossible to be focused on Torah. Only when there is Achdut, is there focus. At Har Sinai, we were like one man, with none of those negative emotions, so we were able to be totally concentrated, with one united heart.

The holiday of Pesach is in the merit of Avraham; Sukkot in the merit of Yaakov and Shavuot in Yitzhak’s merit. Why is Yitzhak linked to Shavuot? The Shofar at Har Sinai was the horn of the ram that replaced Yitzhak on the altar.  (Tur Rosh Chodesh 417) In Yitzhak’s merit, we have Har Sinai. How so? Where did Har Sinai come from? R’ Yossi said that it was separated like Challah from the dough, from the place of Yitzhak’s Akeidah, from Har Hamoriah. G-d said, “Since their father, Yitzhak, was bound to the altar on this spot, it is appropriate that his sons will accept the Torah there (Midrash Shochar Tov, Tehillim 68).

Yitzhak is the representative of total Mesirut Nefesh. Giving up everything to G-d. The way that we can tap into Yitzhak’s Mesirut Nefesh is by totally focusing when learning. Because the only way we can stay focused is if we give up all of our emotions to G-d.  This concept of self sacrifice is the secret power of נעשה ונשמע . We accepted – before even knowing what we were accepting. Because at Har Sinai, we all tapped into the Mesirut Nefesh of Yitzhak, of giving all we have to G-d. That is the secret to focusing when learning.

There are many ingredients to make your Torah learning sweet. The first is to pray to taste its sweetness, in the Torah blessings in the morning and in Arvit before Shema.  The second is to understand its value, אין לו שיעור למטה and the Torah is שקולה כנגד כולם. The reward for learning even one letter of Torah is equal to performing and observing all of the 613 mitzvoth (Gra, Sh’not Eliyahu Peah 1; 1). And to understand that every word of Torah a person learns is as if it comes “from G-d’s mouth”, תורת פיך (R Chaim Volozhin Ruach Chaim 6;9).  The Chazon Ish says that by internalizing the 13 principles of Emunah, one acquires love for Torah. R Baruch Ber says that tasting Torah’s sweetness is not possible when someone is living a life of lies, or learning false philosophies. (Birkat Shmuel Kiddushin 27) Someone once asked R Aharon Lev Shteinman how to make Torah sweet. He responded “How do you make honey sweet? Torah is similar to honey דבש וחלב תחת לשונך , but if you have sores in your mouth, you won’t be able to taste its sweetness.” Another idea, presented by the Vilna Gaon, is that lack of clarity brings lack of sweetness (Mishlei 1;22-23).

If we want our children and disciples to love Torah, we need to love Torah ourselves, and enjoy it ourselves. We need to learn from King David. He had this Kinor and Nevel that he would play at midnight while he was learning. His friends would hear him play, and they would say, if King David is learning Torah, we should do so as well. (Yerushalmi Berachot 1,1;  see Bavli Berachot 3b)