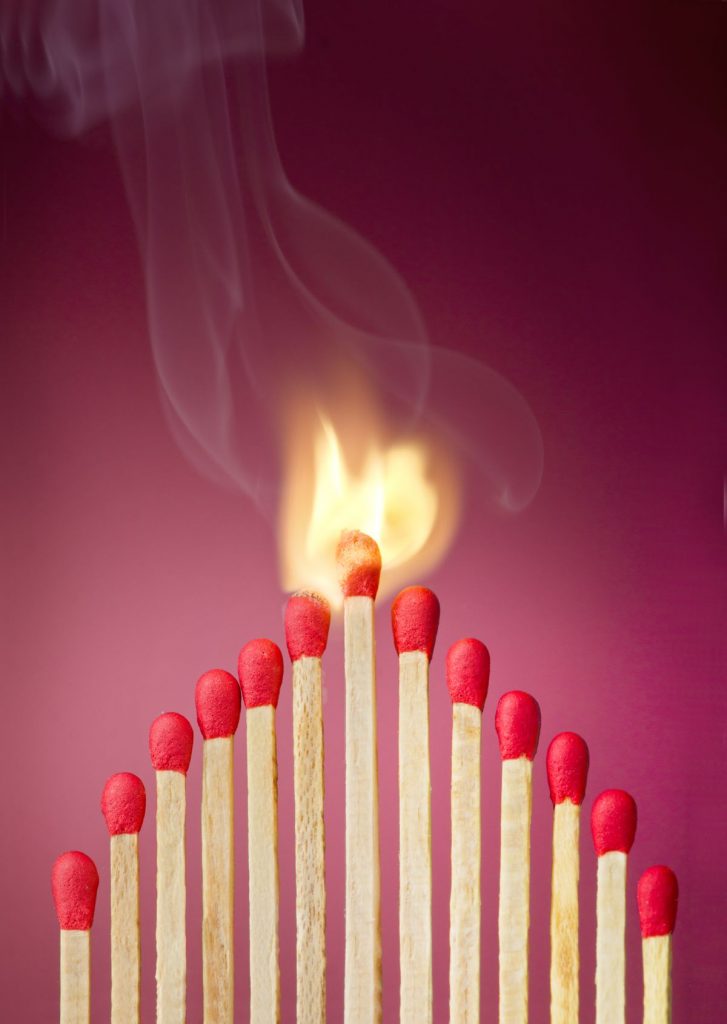 The Grammar laws of the Hebrew Language are so important. אחרי רבים להטות (23:2) Does not mean Follow the majority. Rather it means “Incline toward the majority.”  What is the difference? Why does the Torah use the word incline and not הרוב קובע, the majority wins?  Because the majority does not always win. Although the majority is extremely powerful, it depends on who the majority is and what they are saying.  Majority wins only when it is one of two truths.

You see, majority is just a proof of something. But it is not the truth itself. It can only serve as a proof to a truth. If the proof is to nothing, the majority cannot win. Let me give an example to demonstrate. One of my students asked me something about the fundamental principles of Judaism. The reason why we know that Judaism is true is because a father will not lie to his son about something like religion. And even if one father will lie, a whole nation of fathers will not lie. The question my student asked is that the other religions also are passed from father to son, and there are more Muslim and Christian fathers telling their sons that their religion is true than there are Jewish fathers who are telling their sons that Judaism is the only truth!!

The answer is obvious. It depends on what they are saying and what we are saying. We are saying that our forefathers, 600,000 men, and a nation of 3 million people, witnessed G-d at Mt. Sinai giving the Torah to us and telling us that we are His Chosen People. If there were to be a change in that fact, G-d would need another revelation of that sort to correct it. Christianity tells a story about one man. Islam tells a story about one man. A chain can only be as strong as its weakest link. A religion based on one man has an extremely weak link at the very top of the chain – the link between G-d and people.

The problem with “the majority” is a much greater one. Allow me to explain. Dr. Robert Cialdini, is famous for his Six Principles of Effective Influence. The sixth principle of persuasion is Social Proof: People often decide what to do by looking at what other, like-minded people have done. So many of our decisions are made just because we follow what “most” people seem to be doing. Picture this. You enter a town in which you have never been before. The town has two kosher restaurants, both selling Chinese food, and one across the street from the other. One of them has a long line waiting outside the door, and all the tables are full of people that seem to be enjoying the food. The restaurant across the street is empty. Which one do you go to, if you cannot ask anyone’s opinion? Social Proof, the sixth of the elements of persuasion, will persuade you, at least to a certain extent, to go to the restaurant where you will need to wait in line for your food.

We Jews are the minority. 15 to 20 million Jews in the world, out of total world population of 7.5 billion people. According to the Pew Research Center in Washington D.C., Orthodox Jews are in the minority.  Reform Judaism remains the largest American Jewish movement, at 35 percent. Conservative Jews are 18 percent, Orthodox 10 percent, and groups such as Reconstructionist and Jewish Renewal make up 6 percent combined. Thirty percent of Jews do not identify with any denomination. Ultra-Orthodox is the minority of the Orthodox sector. And Bnei Torah are the minority of the Ultra-Orthodox. There may only be 2.3 million Orthodox Jews in the entire world. And only a minority are Bnei Torah. No wonder why it is so hard to stay strong as a Ben Torah.

So, what do we have to offer our children in order for them to choose to stay “Frum”? The whole world screams not to be religious. Not religious is the norm. So, how can we persuade our children to stay apart from the majority? What if all the disciplinary techniques are not working?

We only have one power left. That we become very clear, ourselves, about the truthfulness of the Torah. When we become so clear that our religion is the only truth, and that we love that truth, then we can love the life as Frum Jews and our children will be effected by that, no doubt. If we show them that our Neshama (mindful soul) is not persuaded by the Nefesh (materialistic drive) and the Ruach (ego), our children will be proud to be our children and offspring of such a minority. The majority of people in the world are not happy. And we are proud to be the minority in such a world.