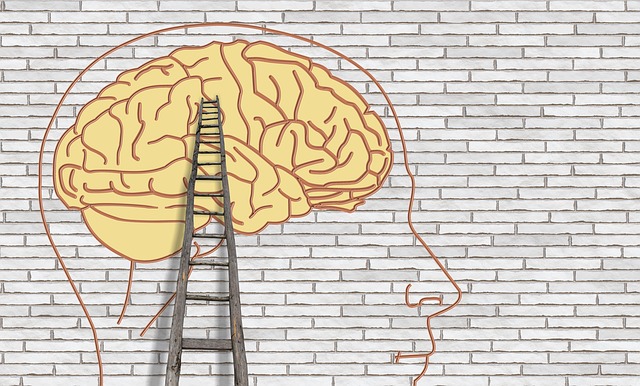 TO REACH MY SOUL

Why is it like that? It’s something like what happened to me last week, when I spoke to an operator. I asked her what numbers I need to dial to reach her directly next time, without going through the whole operating system and process. She said to me, “I don’t know. I never tried to call myself.”

The answer is tricky, because Teshuva is tricky. Real Teshuva doesn’t just happen because you know the Shaarei Teshuva manual. You can’t change who you are by trying to change who you are. That is not how people change. Why not? Why can’t I just regret the past and take on some New Year’s Resolutions?  Change like that does not work, because to behave differently, you need to think differently. Resolutions don’t work, if you don’t think differently. And only by challenging your belief system, do you really think differently, do you take a new path. That is the only way to get into the Teshuva game. In our Davening, חונן הדעת, the blessing of knowledge comes before the blessing of הרוצה בתשובה , the blessing that G-d wants our repentance. Because the way to really repent, the only way, is by challenging “the obvious”, or the way you think.(Netivot Shalom) Being challenged  by something or someone. By asking yourself the right questions, or by someone else asking you the right questions, or by being in the environment that asks you the right questions. Once you are blessed by G-d with a new understanding of the truth of your world, G-d is interested in your repentance. And then, we change by default, after realizing a deeper level of truth.

Teshuva comes from the word והשבות אל לבבך, letting something settle within your heart; it is an inward process. It is not as much about repentance as it is about discovering a deeper truth in life. And there is always a deeper truth in life. You need to go inward and find it. The Rebbe from Slonim writes that teshuva is a whole life’s journey of asking right questions, and it is horribly misrepresented when translated by the word “repentance”. Repentance is about being better. Teshuva is about becoming different. Being different is much more than being better. Most of Rabbenu Yonah’s Shaarei Teshuva is the outline, the elements, the process, the Mitzvah; but all that is just the manual of Teshuva. The theory of it. You did not get into the game yet, you did not get behind the wheel, until you do Cheshbon Hanefesh. Until you call yourself. You have to know the right buttons to press; you need to know how to dial yourself.  In Chovot Halevovot, the subject of Teshuva is first, and then, there is the subject of Cheshbon Hanefesh, challenging you with the questions that will make you think differently. Cheshbon Hanefesh is the only way to play the game, because it is the only way to change your path, and that is what G-d is expecting of you. יעזוב איש דרכו ואיש און מחשבותיו  Let a man leave his path, and a person, leave his false thinking. G-d does not ask of you only a change in behavior. He asks that you change your path, the way you think and believe, your worldview.

This is a great challenge. Because we can be doing something wrong, even though we think we are doing something right. You can be living a whole life, thinking you were doing the right thing, but being so off. כדלים וכרשים דפקנו דלתיך Like paupers, we knock on Your Door! In Selichot, we mention how we are so poor in our performance of mitzvoth and in our level of observing them. Because even if we are as full of Mitzvoth as a pomegranate, it could be that we are lacking in some fundamentals. Our belief system could be way off. Our intentions could be way off. The way we look at the world could be way off. Unless we are studying the Cheshbon HaNefesh of the Chovot Helvovot. This is why Teshuva is something that can be done, and should be done, every day of our lives (Shabbat 153a, Iggeret HaRamban). Even if you are a Tzaddik.

The Chidushei Harim gives us an example of how the “righteous” could be way off, without Cheshbon Hanefesh. R Yochanan taught, Without the Torah, we would have learnt modest behavior from the cat, not to steal from the ant, … (Eiruvin 100b) King Solomon taught, Lazy one! Go to the ant and learn her ways, and become wise. That she has no police officer or ruler (to fear). (Mishlei 6, 6)… The Midrash explains this: There was once an ant that dropped a piece of wheat. All of its friends came and smelled it, and not one took it, until the one who dropped it came back to get it. (Devraim Rabbah 5b)The ant brings everything it gathers into a nest to store for the winter. And not one ant will take from another’s nest. (Aruch Erech צנע)

The Chidushei Harim asks, But isn’t everything that the ant gathers stolen goods?!!? He does not plant, or work the field!? How can the ant be considered the role model for not stealing, if it never made anything of its own, its whole life?

This is what happens when we learn how to think from the ant, and not from the Torah. Without the Torah, it would be a faulty system, because we would learn from the ant how not to steal, while the ant is the biggest thief there is!

This humbling thought is a great prerequisite to Teshuva. Because every sin has some self-justification behind it. As if we are “even” with G-d. G-d does a lot for me, but I also do a lot for Him. WRONG! וסרנו ממצותיך ומשפטיך ולא שוה לנו ואתה צדיק על כל הבא עלינו ואנחנו הרשענו , Each time we say Ashamnu, we do Teshuva on trying to present this self-justification. Because all sin starts from the way we think. And if you change your behavior, your habit will bring you back in a month, a year, or some time in the near future, to your old habit. Even if we refrain from sin in the present, for a little while, we are prone to being activated by a trigger when it comes around. But if you change the way you think, you have made a change for a lifetime. Because when there is no self-justification, YOU have changed.

How ironic that there are precisely 30 instructions in the Cheshbon HaNefesh of the Chovot HaLevovot. One for each day of the month of Elul!

These 30 thoughts are the way that you contact yourself. This is the phone number of your soul.

← FOR THE LOVE OF THE LANDTESHUVA FOR THE ORTHODOX JEW →