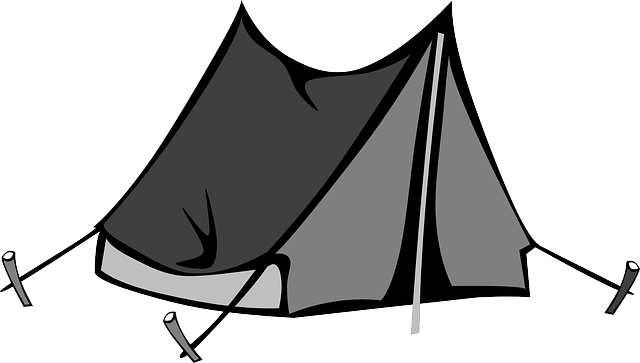 TESHUVA FOR THE ORTHODOX JEW

Teshuva for the Orthodox Jew is usually more about quality than about quantity. For the Orthodox, Teshuva is more about improving how you do what you do more than it is changing what you do. But Rabbi, my plate is too full! I am doing too much already! I do not have more time/energy/money/headspace to do more!  I am maxed out!

Improving on the how in G-d’s service is not an investment of time/energy/money/headspace as much as it is one of emotional intelligence. About being in total control of your emotions. What you focus on. What state of mind you are in.  No matter how much you did or you are doing. Let me give three examples.

In Eshet Chayil, we sing, יָ֭דֶיהָ שִׁלְּחָ֣ה בַכִּישׁ֑וֹר. Her hand she sent to the spike. Who is this referring to? To Yael. Yael did not kill Sisra with a sword. As it says יָדָהּ֙ לַיָּתֵ֣ד תִּשְׁלַ֔חְנָה her hand she sent to the spike (or tent peg). (Shoftim 5 26) And why did Yael kill Sisra with the tent peg and not with the sword? Because in the Torah,(in our Parasha) it says,  לֹא־יִהְיֶ֤ה כְלִי־גֶ֙בֶר֙ עַל־אִשָּׁ֔הA woman should not bear masculine accessories . (Yalkut Shoftim 5, 56)

Yael saved the Jewish Nation at war from the evil general, Sisrah. G-d performed a miracle at the war, and the 900 iron chariots of Sisra got flooded in the valley during the miraculous thunderstorm. Sisrah fled to hide out in the tent of Yael, the wife of Heber Hakeni, Sisra’s friend. She then slept with him 7 times, to make him weak. (R’ Akiva was a descendant of the third relationship. Rama Mipano) Yael offered him some milk, to make him sleepy. And then, she took the tent peg to kill him. She did not use Sisra’s sword. She was allowed to do what she did with him based on three factors. A. She was saving the entire Jewish people, B. He was a non-Jew, and C. She had no pleasure from sinning with him. But she did not need to use a sword. Using a sword is forbidden, as war is a masculine occupation. It is forbidden for a woman to wear armor, as armor is considered to be exclusively masculine.(Nazir 59a, see Rashi. Also,  Shu”A YD 182;5) So, she used the wooden tent peg, instead.

Why was this small element of Yael’s superhuman act worthy of such a great amount of attention? Because Yael kept her cool in serving G-d to the max at the time of an emotional whirlpool. Despite the fact that she was allowed to transgress the laws in order to save the Jewish Nation, she was able to minimize those permitted transgressions. It was the same superhuman act. But her finesse in the how, in choosing to use the wooden tent peg was what got her into the Eishet Chayil Hall of Fame. יָ֭דֶיהָ שִׁלְּחָ֣ה בַכִּישׁ֑וֹר.

We are all at war. An internal war against our Evil Inclination. In this war to do the right thing, our ability to control our emotions, to perform at our best in the 613, makes all the difference. And it is the small things that count. If Yehonatan, son of King Saul, would have offered David just two loaves of bread, when David was fleeing from K. Saul, he would have circumvented all the tragedies that followed. The Kohanim in the city of Nov would not have been killed, and Doeg would not have been lost, and Shaul and his three sons would not have died.”(Sanhedrin 104a) Despite the everlasting love that Yehonatan had for David, his willingness to give up his rights to the throne to David and even to risk his life for David… still. The Torah holds him responsible for not offering David two loaves of bread for the road. It is the small things that count. It is the small things that make all the difference. A drop more consideration. A drop more awareness. A drop more Kavannah.

There were seven prophetesses, Sarah, Miriam, Deborah, Chanah, Avigail, Hulda, and Esther. (Megillah 14a) Deborah lived in the time of Yael.  How did Deborah become a prophetess, and merit being the author of one of the Ten Songs of Tanach?  The Yalkut Shimoni hints to the answer in his words.

Although Eliyhau Hanavi was present at the time, Deborah became the prophetess and the Judge of the Jewish Nation. G-d promises us, and testifies by the heavens and the earth, that both a gentile and a Jew, a man or a woman, a slave or a maidservant can have Ruach Hakodesh. Bestowing Ruah Hakodesh is dependent upon a person’s actions.

What was so special of Deborah’s actions that she deserved Ruach Hakodesh? She is known for being the wife of Lapidot. Her husband was a simpleton. But she wanted him to have a portion in Torah learning. Deborah donated the wicks for the Mishkan in Shiloh, and she would make them, and send her husband to the study hall, so that he would be a part of the righteous and merit Olam Haba.

What? From making wicks she became a prophetess? That’s all you need to do to achieve Ruach Hakodesh?!

Eliyahu the Prophet teaches us Deborah’s secret. She was מתבוננת , she focused on making the wicks to be especially thick wicks, to bring about the most light in the Mishkan of Shiloh and the study hall there. G-d sees the intentions of the heart, and He said to her, Deborah, you intended Me to have a lot of light. So too, said G-d, that He would make Deborah’s light spread throughout Yehuda and Jerusalem. (Y Shimoni Shoftim 42)

It was Deborah’s focusing, not to make just any wicks. Not even her making the thick wicks. But it was her concentrating all her efforts on serving G-d. It was her complete dedication to making the wicks, specifically in such a way as to serve G-d to the max. The focusing, the intensity of devotion, is what made her different. The how.

G-d wants quality. So, what do we need to focus on? Here is the trick. Listen closely, because if you cross the wires, you can blow your battery.

Even in the realm of the material, studies and experience in all life areas teach us, quality over quantity. To manage your time to the max, it is not how many things you cram in, but accomplishing your most important tasks first, “Important over Urgent”. In learning, it is not about amassing knowledge (quantity), but about attaining wisdom (quality). Knowledge comes and goes, but wisdom lingers. With family and friends, quality time has more value than quantity time. In dieting, you need to increase the quality of what you eat, not just reduce the quantity.

And in serving G-d, as well. לָמָּה־לִּ֤י רֹב־זִבְחֵיכֶם֙ יֹאמַ֣ר יְקֹוָ֔ק To what purpose is the multitude of your sacrifices to Me, says G-d? (Yeshaya 1; 11) G-d wants from us quality over quantity.