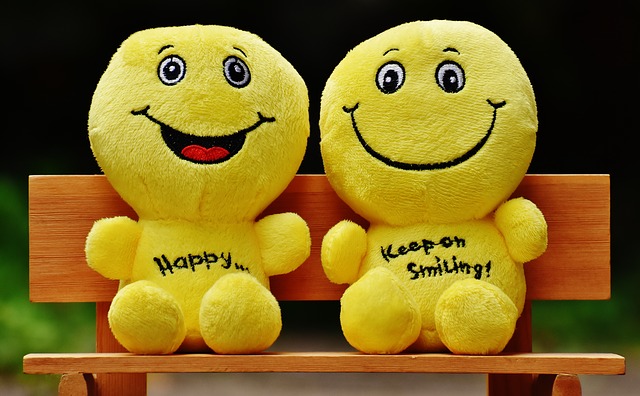 THE POWER TO IGNORE

King Solomon taught מְתוּקָה֙ שְׁנַ֣ת הָעֹבֵ֔ד אִם־מְעַ֥ט וְאִם־הַרְבֵּ֖ה יֹאכֵ֑ל וְהַשָּׂבָע֙ לֶֽעָשִׁ֔יר אֵינֶ֛נּוּ מַנִּ֥יחַֽ ל֖וֹ לִישֽׁוֹן׃  The sleep of a laboring man is sweet, whether he eat little or much; but the satiety of the rich will not let him sleep. A poor man does not lose any sleep over his lot of poverty. It is the wealth of the rich that does not allow him to sleep. (Kohelet 5, 11)

Rachel, the wife of R’ Akiva, gave up all of her father’s wealth and support to be married to Akiva, the shepherd. Her father, Kalba Sabua, excommunicated them. They were so poor, they slept on hay in a barn.

Eliyahu Hanavi came to their humble abode, in the form of a poor man asking them to give him a few stalks of hay on which they slept. The “poor man” claimed that he needed it to place it under his child that was just born to him. R’ Akiva told his wife – You see! There are people who don’t even have a stalk of hay! (Nedarim 50) When someone asks you for tzedakah, it is a message to you from Heaven, a reminder how much worse off things could have been. There will always be people who have more than you. And there will always be people who have less than you.

Contentment is not a switch. It is a lifelong battle. It is part of your lifelong mission. Your struggle to be content with what Hashem gives you is not just your struggle for happiness.  It is the story of Purim and of all humanity –back to Adam Harishon.

The Talmud in Chullin 139b asks, המן מן התורה מנין? Where is Haman hinted to in the Torah? המן העץ. Hamin Haetz-  When G-d asked Adam, Have you eaten from the tree I forbade you to eat?  What is the Talmud teaching us by connecting Purim to the Forbidden fruit?

Amazing. Adam had the whole world, except one tree. Had he been happy with that, had he lived within his means, he would have lived forever. If the Jews would have only heeded Mordechai’s plea, not to enjoy Achashverosh’s party, the decree of annihilation would never have been signed in Heaven.

Lack of contentment is what brought Haman’s demise. Haman had everyone’s respect, except for that of one old rabbi. And still וְכׇל־זֶ֕ה אֵינֶ֥נּוּ שֹׁוֶ֖ה לִ֑י בְּכׇל־עֵ֗ת אֲשֶׁ֨ר אֲנִ֤י רֹאֶה֙ אֶת־מׇרְדֳּכַ֣י הַיְּהוּדִ֔י יוֹשֵׁ֖ב בְּשַׁ֥עַר הַמֶּֽלֶךְ׃ And all of this is worthless to me whenever I see Mordechai the Jew sitting at the Palace Gate. Haman – why can’t you just ignore Mordechai? Everyone is bowing down to you, and you are not happy, because of one Jew?

Haman – there is a great tee-shirt that says, “I wish I had the power to ignore you, like you ignore me.” You’d still be around, if you had lived by this tee-shirt! It is amazing! The greatest pain a person brings on himself can result from something as innocent as not being able to ignore the one person who is not nice to you. The one person who has more than you. The one upsetting comment said to you. Sometimes, all we need in life in order to be happy, for relationships to work out, for a person to stop himself from saying something foolish is the power to ignore. But, Haman could not access this power.

Here is an amazing tool. Take a pen and paper, and write a list of all the things you wish you had. And then, on another piece of paper, write another list, of all the things you already have. Then, honestly, ask yourself; Are you willing to make the tradeoff? Are you willing to give up what you have for what you want? This is the most powerful way to recognize that what you already have is greater than what you want. The way to live this is through אדר- Aleph Dar. When you realize how G-d is literally “pumping you” with goodness, you will be able to ignore the things that G-d tells you, “this tree is not for you”.

G-d made each human being unique. Each human being is his own Adam Harishon. No two people have the same Tafkid, so no two people have the same looks, personalities, possessions or conditions in life.  Whatever you have is all you need and all that is good for you. And this was and is the battle between Esav and Yaakov, for all generations. יש לי כל or יש לי רב. I have all I need, or I have a lot. Accepting G-d’s rulership in life is the ability to say, I have ALL that I need. ומלכותו בכל משלה. Esther and Mordechai were able to achieve great things by living this way, by living with the Middah of Malchut.  – ותלבש אסתר מלכות – ומרדכי יצא מלפני המלך בלבוש מלכות. Whatever Esther’s lot was, even if she needed to be married to the lowest guy on earth, she totally accepted it. But Haman was the exact opposite – וְכׇל־זֶ֕ה אֵינֶ֥נּוּ שֹׁוֶ֖ה לִ֑י I  do not want this “כל”; it is worthless to me, if G-d does not give me everything I want.  Because Haman does not believe that his life is orchestrated by G-d; he flips the letters of יקוק. Note the last letters of Haman’s comment , and you will see יקוק, G-d’s Name spelled backwards.

This concept is the whole Torah. The Vilna Gaon teaches that the Torah is summarized in the Ten Commandments. And all of the Ten are summed up in the last one: Do not covet. Contentment is a life long struggle. And it is something we all need to pray for. הוא ברחמיו יעשה שלום עלינו- May Hashem, in His Mercy, make peace on us. The Chatam Sofer says this is referring to the ability to be content. And when we access this trait of contentment, when we access the power to ignore, then, and only then will there be peace on all of the Nation. ועל כל עמו ישראל.