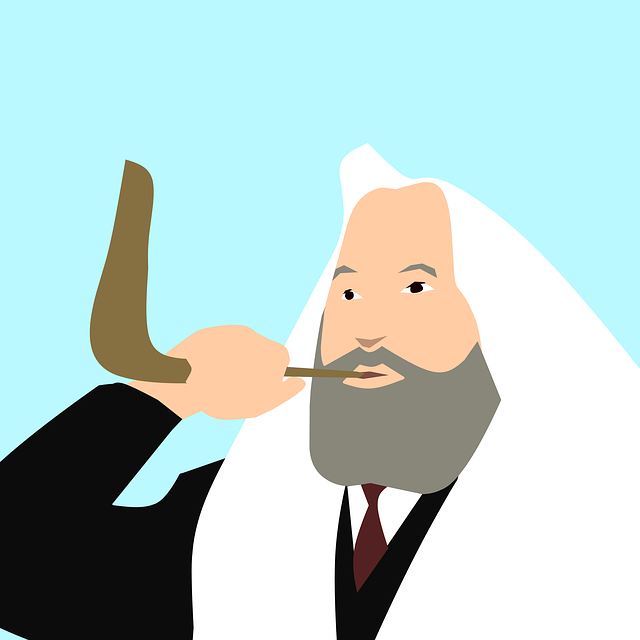 The clock is ticking. We are in a total lack of control of the time, the judgment, the verdict. All we have for self-defense is Teshuva, Tefillah and Tzeddaka. (Rosh Hashana 16b). Rosh Hashana is coming soon, G-d is going to judge me soon, and some time on that day, my fate for the future will be decided. Time flies when you are having fun, and time disappears when you are not doing Teshuva.

This is not a scare tactic. This is a humility tactic. Rosh Hashana judgment is not to scare us. It is to make us humble.

Probably the biggest lesson of Rosh Hashana is that nothing is for granted. All that you have from last year, all of your honor and respect, all of your wisdom, all of your skill, your health, your life, your freedom, your relationships, your very existence, your whole “account”, … does not transfer over to the new account, the new year, “automatically”, without the King’s decision.

As a coach, I have seen many life changes over the years. People sat with me while they were going through the darkest moments in their life, and then I saw them a year later – the happiest people. Everything just worked itself out; even the wildest of dreams came true. Like having a first child at the age of 60+, like breaking the connection with marijuana, like going from financial depression to making 500 grand in one year, or seeing a close relative being  suddenly, miraculously released from jail. Or seeing the boy with a strong stutter, who no one wanted to marry, end up marrying the girl of his dreams. And the list goes on. All those verdicts were given on RH.

Every Rosh Hashana, the Y2K fantasy goes into effect. Before New Year 2000, people were frantic with worry that the computers running very important data were not ready for the switch from 999 to 000. But every year, on Rosh Hashana, we all go to 000. And then, G-d decides what to give us for the New Year. You cannot transfer anything from one account to another, from one year to another – even your right to live – without G-d’s approval. This is true to the extent that halacha dictates that we recite the blessing, ברוך אתה ה’ אלוקינו מלך העולם מחיה המתים ,if we did not see a person for an entire year. Blessed are You, our G-d, King of the Universe, Who resurrects the dead. What? Your friend did not die! Why this wording?!! Because if you did not see each other for a year, certainly, one Rosh Hashana has passed by. If you passed Rosh Hashana, it is not that you made it out, alive, but that G-d gave you another chance to live. He resurrected you. (Berachot 58b, see Meharsha: Shulchan Aruch OH 225;1) A scary thought.  Or, more precisely, a humbling thought.

The voice of the shofar expresses many things: our crying out to G-d, our tears, our request that He remember the Binding of Yitzhak. (Rosh Hashana 16a). It is also G-d’s calling out to us, to waken us from our slumber of Olam Hazeh, of materialism and self-centeredness (Rambam Teshuva 3;4). It is the sign to reach for a new perspective of humility, as portrayed by the bent-over shape of the Shofar (Rosh Hashana 26b see Rashi). How does the Rambam say something different from the Talmud? And why does the Talmud, itself, contradict itself?

I believe that it all boils down to humility. When we are humble, we remind G-d of the binding of Yitzhak, “and He considers it as if we had bound ourselves”. And the only way that we can awaken ourselves from the slumber of Olam Hazeh is through humility. How so?

Every time we see G-d’s strength, we see His humility.(Megillah 31a) Before creating Adam, G-d consulted with the angels. וַיֹּ֣אמֶר אֱלֹהִ֔ים נַֽעֲשֶׂ֥ה אָדָ֛ם. Let us make man. Rashi says, Even though the angels did not help Him in creating Man, and there is a place for the hypocrites to focus on, the Torah does not refrain from teaching proper conduct and humility, that a person who is greater should consult and ask permission from those who are less in stature.

The Midrash tells us the rest of the story. When Moshe recorded the Torah, when he reached this verse, he asked G-d why He would allow an opening for hypocrisy in His Torah. G-d said that He wanted to teach humanity humility, to seek counsel from those who are less wise. The lesson of humility is a great lesson, and if a person wants to make a mistake, misinterpreting, believing that there is more than one G-d, Has Veshalom, then he will make a mistake no matter what is written (Breshit Rabah 8;8). Even if the Torah says “I will make man”.

But why is this lesson of humility so important that G-d is willing to allow a place for heresy? Because once someone is humble, there is no room for mistakes. G-d is so obvious. All questions about Emunah come when one is lacking in humility.

The Alter from Slabodka, R’ Eliyahu Dessler, and R Chaim Friedlander all learn from here that the first thing that stops someone from repentance, from uprooting bad habits, is haughtiness. A person thinks within the framework of his desires. And a person’s desires go according to his haughtiness. How much he thinks he deserves. If someone decides to follow a certain way, even if he is making a grave mistake, no one can stop him. And if someone is haughty, all he wants is his way. One’s logic is distorted.

The atom bomb to the Yetzer Hara is humility. אשא עיני אל ההרים I raise my eyes to the mountains, to the Yetzer Harah that looks so overpowering. Western Culture, Advertisements, Honor, Money, Fame, Life Challenges, Stress. The mountains of the Yetzer Harah. (When Mashiach comes, G-d will slaughter the Satan in front of the world, and to the righteous, the Satan will look like a huge mountain. See Sukkah 52a) What is the only weapon against all of this? מאין יבא עזרי. From אין, from nothingness, from humility, will come my strength. That is the only help I can get.

Why is humility the only key out of the Escape Room of Desire, Lust and Ego? Because that is the only way one can see outside his four amot, outside his mental schema. The first sin of Man was from the desire to be G-dlike, והייתם כאלוקים. With that first sin of arrogance, we gave entry to the Yetzer Hara into our psyches. And when we get rid of arrogance, we rid ourselves of lusts, bodily appetites and negative emotions such as anger and jealousy. When we rid ourselves of arrogance, we shake off all negativity, bitterness and grudges. This is why when you find humility inside your heart to forgive, G-d forgives you for all your sins. כל המעביר על מדותיו מעבירין לו על כל פשעיו.  )Rosh Hashana 17a)

This is why we read the story of Chana and Peninah on Rosh Hashana. It is the story of Elkana’s two wives. Chana was barren; Peninah was mother of 7. Peninah would praise her 7 children to Chana, intending to make Chana so hurt that she would pray with more intent and merit a child. And then, G-d switched things around. Chana had seven sons, and Peninah lost hers. Although her intentions were great, a drop of haughtiness ruined them. Because haughtiness can make you the most insensitive, the most self-centered and the most evil person in the Universe. And on Rosh Hashana we read this story to remind us that G-d can switch all the one ups and one downs we have 180 degrees.

So, what does G-d want from us on Rosh Hashana? How does G-d want us to restart at the start of the new year?  To make ourselves small, so that He can make us great (Eruvin 13a). Small ego, big man. Big ego, small man.  The whole Shirah of Chana is about משפיל גאים עדי ארץ  That G-d brings down the haughty to the ground.  מגביה שפלים עד מרום That G-d brings the lowly up high. The Kotzker would say that the reason why G-d brings the humble to the very top and keeps them there is because even when they are on the top, they stay humble. And the reason why G-d brings the haughty to the ground and keeps them there is because, even while they are on the bottom, they remain haughty.

There are seven mitzvoth each one of which has the weight of all 613. Denying Avodah Zarah, 2. Wearing Tzitzit. 3. Shabbat. 4. Torah learning. 5. Brit Milah. 6.Tzedaka. 7. Living in Eretz Yisrael. The Baal Haturim, in this week’s parasha, lists an 8th. The Mitzvah of Teshuva. Why is Teshuva so powerful? Because Teshuva is the power of humility, and when you master humility, it is as if you observed all the 613. )See Baal Haturim Devarim 30; 11)

May we all merit a year of happiness, hope, health and most importantly, a year of humility.

← G-D’S PROMISEKEEPING TO YOUR SCRIPT →