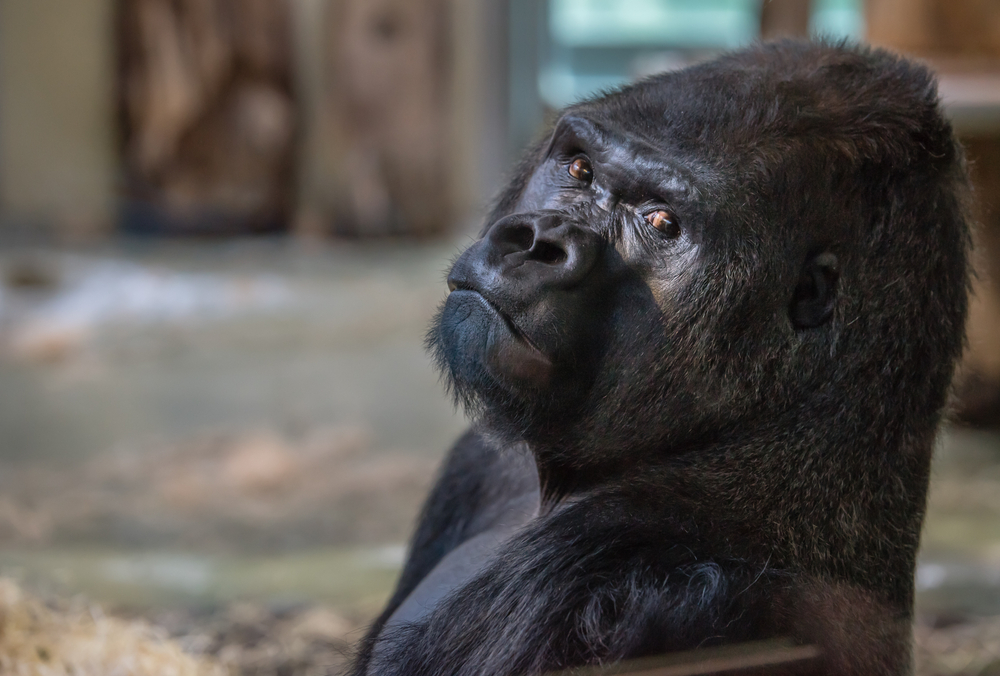 THE ART OF OVERCOMING THE BEAST WITHIN

Darwinians have an agenda in tracking humans to apes, and gentiles are busy with animal “rights”, as if the more we compare ourselves to animals, the less responsible we are for our animalistic natures; it’s a disclaimer, of sorts.  The Torah tells you that you can be an animal, if you choose. But G-d directs us to become G-dly, and expects that from us.

This is the whole concept of Sefirat Ha’omer: disconnecting from the animal side of the human, soaring with the soul. This is why we bring the Korban Omer at the outset of the counting, a korban of barley, of animal food. The only other barley korban is that of the Sotah, who acted upon her animalistic nature. (See Sotah 14a) We count 49 days, and then, on Shavuot, we bring the Korban of Two Breads, a wheat Korban, human food. This is because, through Tikkun Hamiddot, the character improvement we learn in Massechet Avot during Sefirat Haomer, we are disconnecting from our animalistic side, so that we can ready ourselves to accept the Torah and be G-dly. Each day of the Omer we count upwards, from 1 – 49 and not downward out of anticipation for the Torah from 49-1, because each day we are moving away from the animalistic part of ourselves, בה מה  , “what is in it for me”, to אדם, which is from the root of אדמה, Adameh, I will be like Him.

We can live our whole life focusing on ourselves, on our passions and pleasures, on our instincts, the essence of an animal, focusing only on what is in it for me, ignoring others, ignoring G-d, even ignoring the soul. Or, we can concentrate on the purpose we were actually created for, to have a relationship with G-d, to be connected to Him, through prayer and through Torah learning, and to be like Him. זֶ֤ה אֵלִי֙ וְאַנְוֵ֔הוּ  means אני והו : This is my G-d and I can be like Him. )Shabbat 133b)

All sin is the result of not controlling the animal component in our personality. G-d wants us to fight this and beware of our instincts, הוו זהירים ברשות   Beware of indulging in things that are permitted, because when a person allows indulgence, that brings him to sin, every time, and the source for life’s problems. Indulgence brings upon us Amalek and is the power of עמלק – to get us to forget what his acronym stands for: ק’דש ע’צמך במ’ותר ל’ך. Being G-dly means to sanctify ourselves even in what is allowed. When the Jews indulged in the party of Achashverosh, נהנו בסעודתו, the indulgence is what brought upon themselves Haman, the power of Amalek.

When King David says that he will give you advice how to live, this is what he says,  אַשְׂכִּֽילְךָ׀ וְֽאוֹרְךָ֗ בְּדֶֽרֶךְ־ז֥וּ תֵלֵ֑ךְ אִֽיעֲצָ֖ה עָלֶ֣יךָ עֵינִֽי: אַל־תִּֽהְי֤וּ׀ כְּס֥וּס כְּפֶרֶד֘ אֵ֤ין הָ֫בִ֥ין  “Don’t be like a horse, like a mule, with no knowledge!” The best advice you can get is: stay away from the animalistic component of your nature!? King David goes on to explain what he means. Animals don’t understand that some painful things in life are for the best. Animals won’t let you get close to them, even if you want to help them, if the help you give them pains them. Humans can understand that things that don’t seem to be for our good are, actually, the best thing possible for us.

This takes us back to the creation of Man. Psychology’s claim that man’s nature includes an “animal” component, is true.  After all, man is created עפר מן האדמה dirt from the earth. But, we know that G-d created Man with a Neshama:  וַיִּפַּ֥ח בְּאַפָּ֖יו נִשְׁמַ֣ת חַיִּ֑ים וַֽיְהִ֥י הָֽאָדָ֖ם לְנֶ֥פֶשׁ חַיָּֽה.  G-d breathed into Man, a “breath” from Himself, G-d blew from Himself into Man. Man has a combination in him of Heaven and Earth, and if he becomes G-dly, he can rise to the level of angels, and even higher.וְנָתַתִּ֤י לְךָ֙ מַהְלְכִ֔ים בֵּ֥ין הָעֹמְדִ֖ים הָאֵֽלֶּה (Zecharia 3;7)But if Man does not rise to the Heavenly challenge and becomes haughty from obtaining possessions and unbridled passions, G-d tells him to humble himself, recognizing that even the creation of the mosquito was before that of Man. (Sanhedrin 38a)

With this in mind, we can better appreciate the Rashi at the outset of Parashat Tazriah, the parasha that begins discussing the laws of purity and impurity of humans, immediately after discussing in Parashat Shemini the laws of impurity of animals. We understand this comment in a new light. An animal is always stationary. It is either a pure animal, if it has split hooves and chews its cud, or it is impure. It is a kosher fish if it has fins and scales, or it is rendered unkosher if it does not. But humans are dynamic: they can be impure or pure, depending upon circumstance and upon their behavior. A lifeless human body is the most impure of all impurities, even more impure than the most impure animal. Why?  Man was created last of all creations, and is called אדם, that he comes from the אדמה, from the ground, because it has influence of all the animals in it, as all the animals are from the ground. נעשה אדם, “Let us create Man”, according to the Zohar, means that all the creatures infused a part of themselves into the creation of Man. This is why a dead body is the greatest impurity on earth, because a body contains a part of all the animals in it.

It is true. Animals are linked to Apes, but in the opposite direction. The reason we recite the blessing משנה הבריות, Who changed the creatures, when we see a monkey and an elephant (Berachot 58b) is because the monkeys and elephants came from Man, when G-d punished the builders of the Babylonian Tower. This is why monkeys and elephants are the only creatures, other than humans, that recognize themselves in the mirror.  There are other similarities between monkey and elephants and humans. (Monkeys address inequality: if one monkey is rewarded less, they all go on strike. Only elephants grieve their dead: when elephants pass remains of its kind, they stop to give it attention, smelling and touching, and repeatedly passing by the corpse.)  Because they were once humans, who became animals. (See Sanhedrin 109a)

Psychologists are wrong when they claim that a person is incapable of change, and he is a victim to his nature. Because they relate only to the animalistic component of the human being.  Sefirat Haomer is a special time of the year: the Kadmonim teach that the way one behaves in these days can impact his behavior, for the entire year. By working to improve our middot during this period, we can refine our character – elevating even the “animal” component that we all have.

Selfie steps to overcome the beast within: