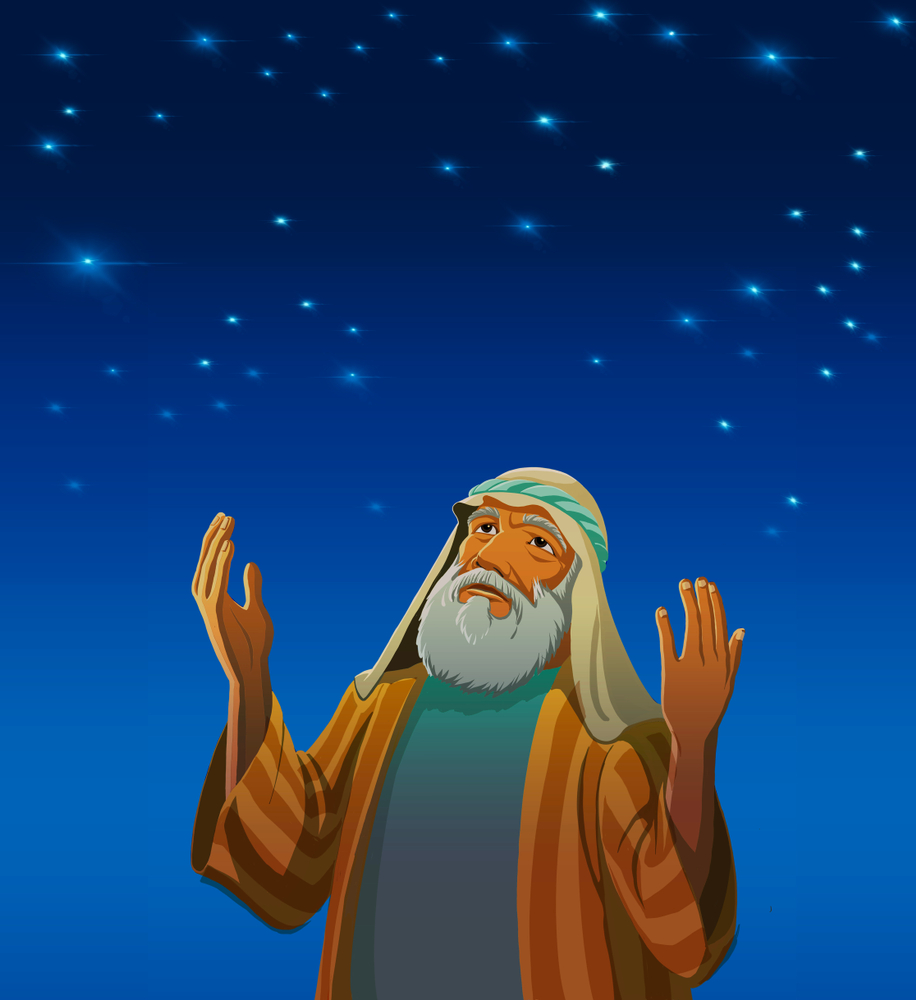 THE ART OF LIVING WITH G-D

I am so lucky to be a teacher of dikduk. Mastering the basics is the pathway to mastering the bookshelf and kavvana in prayer, on a whole new level. One of the questions that bothered me for years is, what is the difference between two words. איתו  and עמו.

Most English speakers who learn and speak Hebrew don’t know that 80 percent of the time, the word את  in Hebrew, doesn’t mean anything in English. Its purpose is to tell us which noun is the subject of the verb. תביא את הכסא Bring the chair. את  serves as an arrow, alone, with no definition or meaning in English. Its sole purpose is to define the structure of the sentence.

15 percent of the time, the word את  means “with”.(And 5 percent of the times, it means from.) Just recently, we had two adjacent pesukim, in one, את had no translation, and in the other, it meant “with”.  אֶת־הָֽאֱלֹקים הִֽתְהַלֶּךְ־נֹֽחַ: With the Elokim, Noach went. וַיּ֥וֹלֶד נֹ֖חַ שְׁלֹשָׁ֣ה בָנִ֑ים אֶת־שֵׁ֖ם אֶת־חָ֥ם וְאֶת־יָֽפֶת:   And Noach gave birth to three sons, Shem, Ham, and Yafet.

This brings us to the difference between איתו  and אותו . The Vav at the end of the word, represents הוא, or him/ it. Therefore, the word איתו, means, with him/it, while the word אותו  means just him/it . Because the words אותו  and the word איתו , as explained earlier, are derived from the word את, which means either nothing, or with.

This brings us back to the question, why make things confusing? Hebrew already has a word that means with him – עימו !! As a Dikduk teacher, this seemingly unimportant question bothered me, for a very long time.

The Malbim differentiates between the two. The word איתו means with him, but secondary to him. The wordעמו  also means with him, but in a way that is equally together with him. When Lot was on his way to the Promised Land with Abraham, he felt secondary to Avraham. But when Lot came back from Egypt to Israel with Uncle Abraham, Lot felt equal to Avraham. At the outset, Lot was willing to learn from Avraham. (Zohar) He joined Avraham, so that Avraham would not be alone. (Ramban) Lot was accorded tremendous reward by G-d, because of it. But as time passed, Lot had a change of heart. He felt that he did not need to be secondary; he did not have to learn from Avraham, but he could make his own decisions as to how to live and how to run his livestock.

As long as Lot was secondary to Avraham, Avraham did not feel that he needed to disconnect from him, even though G-d commanded Avraham לֶךְ־לְךָ֛ … וּמִבֵּ֣ית אָבִ֑יךָ Go from your father’s home, and Lot was from his father’s home. But, once Lot broke away from being a follower, Avraham knew that he needed to separate from his nephew. הִפָּ֥רֶד נָ֖א מֵעָלָ֑י

So, I did a quick search on every עמו mentioned in Tanach.   וַיֶּאְסֹ֖ר אֶת־רִכְבּ֑וֹ וְאֶת־עַמּ֖וֹ לָקַ֥ח עִמּֽוֹ:  And he (Pharoah) tied his chariot, and he took his nation with him.  The commentators explain that Pharoah convinced all his people that he would share the booty with them, equally. “If you join me this last time, to capture the wandering Jews at Yam Suf, I won’t be like other kings, that the king takes first pick. I will be equal to you in fighting, and in splitting the booty.” How do the commentators know that this is what Pharoah said? The answer is because, ordinarily, it should have said, ואת עמו לקח איתו The nation, who would join their king, would be secondary to him.  From the fact that it says, עמו we learn, that it means equal to him.

כִּֽי־תִרְאֶ֞ה חֲמ֣וֹר שֹׂנַאֲךָ֗ רֹבֵץ֙ תַּ֣חַת מַשָּׂא֔וֹ וְחָדַלְתָּ֖ מֵעֲזֹ֣ב ל֑וֹ עָזֹ֥ב תַּעֲזֹ֖ב עִמּֽוֹ:  לֹא־תִרְאֶה֩ אֶת־חֲמ֨וֹר אָחִ֜יךָ א֤וֹ שׁוֹרוֹ֙ נֹפְלִ֣ים בַּדֶּ֔רֶךְ וְהִתְעַלַּמְתָּ֖ מֵהֶ֑ם הָקֵ֥ם תָּקִ֖ים עִמּֽוֹ: When you will see the donkey of your enemy collapsing under its load,… Help with him! Our Rabbis learn from here that if the person who you are helping is not helping himself, if he just sits on the side and tells you, You have a mitzvah to help, so I will watch you and tell you how you could help me,… in that case, you do not have a mitzvah to help him! How do the Rabbis know this? Because if the Torah would have used the word איתו, with him, i.e., you are secondary to him, that would mean that he can guide you, while you hustle and bustle, while he is manager. But the word used is עמו, with him, equal to him.

For his whole life, Shimon HaAmsuni toiled at discovering the meanings of the additional, seemingly unnecessary את in the Torah. He was successful to find a meaning of inclusion in the addition of every את  in the Torah. But there was one את that he could not figure out what it was coming to include. אֶת־יְקֹוָ֧ק אֱלֹהֶ֛יךָ תִּירָ֖א. YKVK your G-d you should fear. R’ Akiva came and explained: this את is coming to include fearing  G-d fearing Torah scholars. ( Pesachim 22b) How did R’ Akiva arrive at the idea that this את comes to inform us that we are to fear Torah scholars? Because את  also means “with and secondary to”. The Torah Scholars live their lives connecting to, and making themselves secondary to, G-d.

When Yosef was in the house of Potiphar, it says that G-d was with Yosef… וַיְהִ֤י יְקֹוָק֙ אֶת־יוֹסֵ֔ף וַיְהִ֖י אִ֣ישׁ מַצְלִ֑יחַ וַיְהִ֕י בְּבֵ֥ית אֲדֹנָ֖יו הַמִּצְרִֽי וַיַּ֣רְא אֲדֹנָ֔יו כִּ֥י יְקֹוָ֖ק אִתּ֑וֹ  The Midrash tells us, that whatever Yosef would say, G-d would make happen. (See Tanchuma) How did the Midrash see that in the words? The choice of words, את, that YKVK was with  Yosef, and ,as it were, secondary to, Yosef, means that G-d did whatever Yosef said. G-d allows Himself to be secondary, is it were, to those who overcome their instincts, and follows their every command, as it says, בִּ֭י מְלָכִ֣ים יִמְלֹ֑כוּ .

It is becoming easier and easier to make the decision to move to Israel from America. Even 7/11 is moving, with hundreds of stores, over the next three years!  Since the destruction of the first Temple, it hasn’t been this easy. In the very last passuk in Tanach, King Korash feels that G-d has given him all the kingdoms of the world, and he felt that G-d was commanding him to rebuild the Temple in Jerusalem. Then, King Korash turns to the Jewish people, and says,  מִֽי־בָכֶ֣ם מִכָּל־עַמּ֗וֹ יְקֹוָ֧ק אֱלֹהָ֛יו עִמּ֖וֹ וְיָֽעַל   Who among you, from all of His nation, that YKVK his G-d is with him, and he will go up to Jerusalem. Those who are willing to leave exile and go live in Jerusalem are a different level of a Jew. They are not just waiting for G-d to direct them. They are with G-d, even if it is uncomfortable, even if they have to sacrifice, even if they are going against their greatest fears. They are willing to give up community life, all their social and business networking, all they feel is normal and create and learn a new “normal”. Why? Because they are with G-d. G-d is their community. G-d is their network. G-d is Who defines normal.