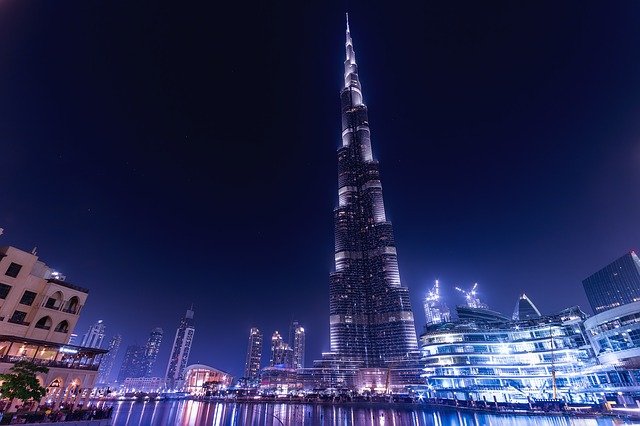 Sometimes I wonder if I am the only person in Israel who is not planning a trip to Dubai. I was brought up in a culture that feeds the FOMO fear. Fear of missing out. If you could go somewhere cool, why not? If you could have something cool, why not? Even if you do not need to go there, or have that item. Just because everyone else is doing or having.

Recently, a book has been published, the Joy Of Missing Out, written by a Danish professor, discounting the belief of many Americans, that more is better. This book is a cold-water shower on the Western mindset that has brought us to the brink of disasters on global levels (like global warming, hoarding, depletion of ecosystems, etc.) and has already caused personal disasters (divorce, family feuds, stress, jealousy, guilt, fear, conformity, etc.). Western culture has created a lifestyle where “winning isn’t the only thing: it is everything”.  This book claims that from childhood, America teaches us to want all the wrong things – a house in the suburbs with a three-car garage, a Mercedes or Lexus, perhaps both, exotic vacations… Why is this so bad? We lost the validation of quiet, of singularity, of living the life “I” love, and have become accustomed to looking outside of ourselves to find meaning in life and in things we want: if others have it, it probably has a purpose. We look outside ourselves to meet standards and expectations in every area of human achievement. If we can’t keep up with the Jones and their pursuit of materialistic happiness, no matter how successful we are in our unique own way, we label ourselves as a failure. How dumb.

This is almost as dumb as the forty-year-old bridge that was just taken down in the Ramat Eshkol neighborhood, on Karl Neter street. The Municipality built the bridge the wrong way! The bridge was supposed to be a crosswalk for pedestrians over the busy Levi Eshkol Blvd. for school children, crossing from Ramat Eshkol to their school in Maalot Dafna. There were many accidents in the area, and the pedestrian bridge was, and is, badly needed. Instead, the bridge was built to cross over a side street in Ramat Eshkol, which is of no help to anyone, in any way, whatsoever. This Karl Netter bridge teaches that people spend 40 years of life building bridges, that, at 120, they realize were built the wrong way, in the wrong place, and those bridges got them to where they never needed to go, or led them to live a life they never really loved. If I do not have something, and someone else has it, good for him… and better for me! G-d wants us to live in that mindset that, if I don’t have something, or I can’t go somewhere, Hakol Beseder! I.e., everything in life has a Seder, order. G-d is in control of everything.

When Pharaoh said to Yosef, I heard that you know how to interpret dreams, Yosef responded, “It is not me; it is G-d.” What? Yosef, are you crazy?!? You are in jail for life. Now is your time, your only chance! Show Pharaoh how smart you are, or, at least, credit G-d after you get out of your mess!

Yosef introduced self-restraint to the world, the first mention of restraint, איפוק   in the Torah, is in reference to Yosef. Yosef used restraint in according due credit to G-d. Even if it may seem that doing so was not for his own good, Yosef was faithful to the Big Boss. This actually brought Pharoah to trust in Yosef to work for him as well, and to be the one who would teach both Pharaoh and the Egyptian people to use the restraint that was needed, to help them through the years of famine. To be לְאָ֜ב לְפַרְעֹ֗ה וּלְאָדוֹן֙ לְכָל־בֵּית֔וֹ וּמֹשֵׁ֖ל בְּכָל־אֶ֥רֶץ מִצְרָֽיִם:  A teacher to Pharaoh, and a master to his whole house, and a ruler in all of the land of Egypt.  Yosef told his brothers to relay this message, of his standing in Egypt, to his father Yaakov. Why would Yaakov care that his son, who was his top student, had become Ruler of Egypt! Phew! That was not an achievement for Yosef, in Yaakov’s eyes! But Yosef was telling his father, I did not only rule over Egypt, I ruled over the WHOLE of Egypt, i.e., I ruled over myself. I taught the whole Egypt self-restraint.

The Midrash tells us exactly why G-d gave Yosef this power and success. It was all in the merit of his restraint with Potiphar’s wife. (Y. Shimoni Miketz 50;1) Yosef did not get this position from Heaven, gratis. He earned it. If Yosef could practice self-restraint with Potiphar’s wife, he would be the perfect candidate to lead Egypt to live 7 years of self-restraint during the 7 years of plenty. Yaakov knew deep down, that all along Yosef was alive (see 44;28); he even wrote down Yosef’s dream, knowing that it would come true. (37;11) He just did not think he would ever see him G-d fearing again. (48;11) Yaakov was worried sick that Yosef was not spiritually alive. Yaakov’s spirit was revived, when he said, רַ֛ב עוֹד־יוֹסֵ֥ף בְּנִ֖י חָ֑י This passuk means that Yosef’s power was great in staying a Tzaddik, despite the difficulties he went through. (B. Rabba) Yosef is spiritually alive! Yosef lives with G-d in his life, a life of Hakol Beseder, and this empowered Yosef to practice self-restraint. When Yosef finally has a chance to take revenge on his brothers, he promises them not to worry, because G-d sent me to Egypt; it wasn’t you! Living with G-d is the secret to self-restraint, not to take revenge, and, to master J.O.M.O. This is the secret of our Forefathers and what made them so great: that “Hakol Beseder” – G-d has a plan for everything. When Yaakov met Yosef for the first time, after so many years of absence, the joy was so great that Yaakov wanted to restrain that precious moment to connect with G-d, to live the moment with Him. This concept of living with G-d is the whole concept of Tefilah. If you do not have this in mind when you are praying, it is as if you did not pray. (R’ Chaim Halevi H. Tefillah)

This “Hakol Beseder” mindset empowered Yosef to have איפוק . He exercised restraint, in general, and in many instances recorded in the parsha.  Instead of revealing himself to the brothers immediately, he awaited the moment when his brothers would master the trait of caring for each other. (If there is unity, brotherhood, G-d has mercy, even on idol worshippers. See Rashi 11;9) In contrast, Yosef did not have  איפוק, he could not bear seeing his brothers embarrassed in front of the Egyptians when he revealed himself to them. In order for there to be brotherhood, brothers need to practice self-restraint. There is just one other time in Tanach that this word, איפוק , restraint,  is used, and our Rabbis tell us to compare and contrast between the two. וַיִּתְאַפַּ֣ק הָמָ֔ן And Haman held himself back from killing Mordechai.

Haman was the antithesis of the Hakol Beseder mindset. How long did Haman hold himself back from implementing his plan to kill Mordecahi? Just a couple of hours. From after his first meal with K. Achashverosh and Q. Esther, until he started to build the tree to hang Mordechai; and when he finished, he headed straight to King Achashverosh for permission to proceed with the hanging, at 1 A.M! Haman, why can’t you wait for the morning? Every minute that Mordechai existed drove Haman mad! Haman could not go to sleep, or wait until tomorrow!  If Haman would have had just a little more patience, he would not have been around when Achashverosh was looking for advice on how to reward Mordechai. He would not have had to parade Mordechai around on Achashverosh’s horse! He would not have built the gallows he did not have permission to build, those very gallows that would now be ready for Haman to be hung upon!

In the merit of Yosef’s restraint with Potiphar’s wife, וַיָּ֖נָס הַחֽוּצָה we were able to cross the Yam Suf. הַיָּ֣ם רָ֭אָה וַיָּנֹ֑ס. Punishment for extramarital relationships isחנק , choking, so in the merit of Yosef’s restraint, measure for measure, we were saved from drowning at sea, which is a form of choking. (See Kli Yakar Breshit 39;12) Yosef taught us that the way to save yourself emotionally and spiritually, to save your brotherhood, to save your future, and the future of your nation, is through self-restraint, and through the joy of missing out.

Selfie steps to master the art of J.O.M.O.