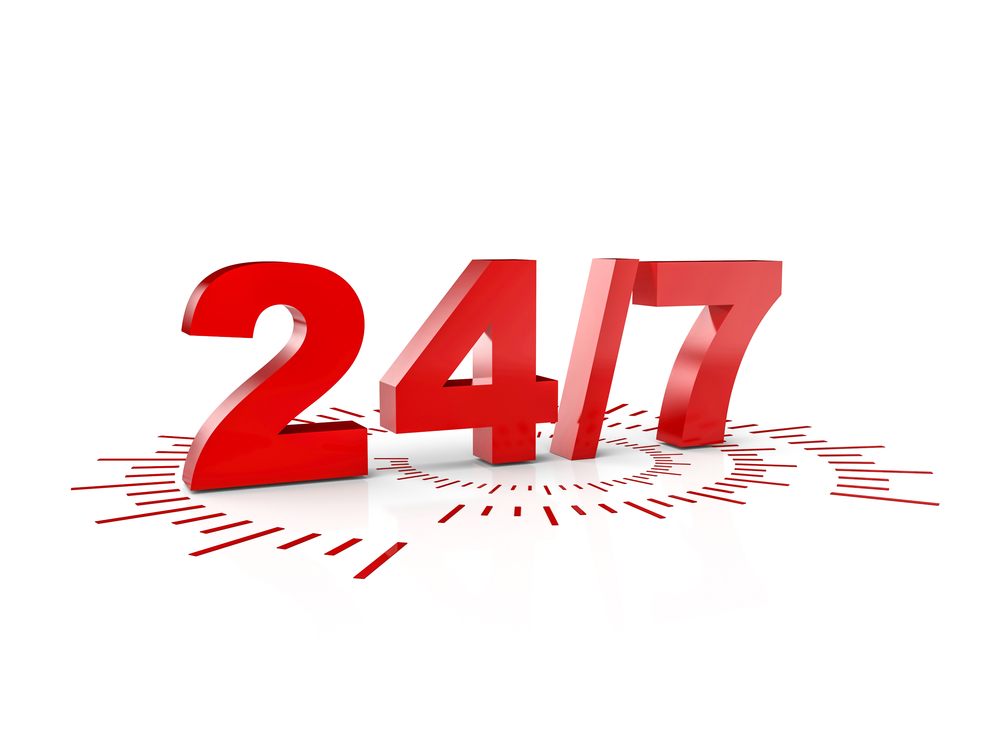 In the days of King Achav, Queen Izevel killed all the prophets, except Eliyahu Hanavi. There were only 7000 Jews in the whole of Israel who did not bow to the Avoda Zara of the day, the Ba’al. Eliyahu decreed that there be no rain, and for three years, there was drought and famine. Eliyahu agreed to decree that the rain return, on one condition: all of the Jews needed to gather at Mount Carmel, and opposite him, there were 450 false prophets of the Ba’al. Each one built an altar: Eliyahu for G-d, and the false prophets, for their Ba’al idol. “We will see upon which altar the fire descends from Heaven”.

Before Eliyahu brings the fire down from Heaven, he first gives the people an ultimatum. “Until when will you be jumping on both sides, with two different beliefs? If Hashem is Elokim, go after Him, and if the Ba’al is god, go after him!”

Why did Eliyahu first give an ultimatum to the people, before bringing down the fire? Just cut to the chase, bring down the fire, perform the miracle, and call it a day!?!

The Alter from Novardok answered that when a person wavers from one opinion to the next, if you do not bring a clear-cut choice first, bringing down a fire from Heaven won’t help. “So what? You brought down the fire from Heaven, this time. This time, G-d worked for you; next time, the Ba’al will work for us!” Eliyahu needed, first, to make it very clear that there is an ultimatum on the table. There are two diametrically opposing beliefs here. It is either this or that – there are only two options. There is no “option C”,  not a little bit of this and a little bit of that…” in G-d we trust, …but also in the power of money and wealth”. Eliyahu needed to make them realize that there is a contradiction in believing that there is One G-d, and at the same time believing that there is any strength whatsoever to the Ba’al. Only after first clarifying this, could Eliyahu bring down the fire from Heaven, to prove his point.

R’ Galinsky says that this was the point of Har Sinai. וַיֹּ֨אמֶר מֹשֶׁ֣ה אֶל־הָעָם֘ אַל־תִּירָאוּ֒ כִּ֗י לְבַֽעֲבוּר֙ נַסּ֣וֹת אֶתְכֶ֔ם בָּ֖א הָאֱלֹקים וּבַעֲב֗וּר תִּהְיֶ֧ה יִרְאָת֛וֹ עַל־פְּנֵיכֶ֖ם לְבִלְתִּ֥י תֶחֱטָֽאוּ:   The reason for Har Sinai is because G-d wants to consistently test (ניסיון ) His nation, and by doing so, He will uplift us (נס להתנוסס) , and make us great. And, the reason why He made this whole 3D production of G-dly Revelation to over three million people, with fire, thunder and lightning, was because He wants us to have an expression of G-d-fearing on our faces! The Talmud explains, that the G-d-fearing we should have on our faces is the embarrassment of sin, because a person who is ashamed to sin won’t sin so quickly. (Nedarim 20a) This embarrassment was the point of Har Sinai, and is one of the three identity signs of the Jewish people, and as the Mishna in Avot tells us, a brazen person will go to hell, and only a person who is ashamed to sin will go to Gan Eden. (Avot 5, 20) Needless to say, embarrassment is a fundamental of our religion. So much so, that the reason why the Temple was destroyed is because people were no longer embarrassed from  one another.(Shabbat 119b)

What is embarrassment, anyway? The Alter from Kelm tells us that embarrassment is when a person behaves against his moral values, ethical values, and what he considers to be wrong. What happens is, people are not embarrassed to go against the Torah because they don’t see clearly that there is only a One G-d. Therefore, they believe that I can sometimes be a Torah Jew; but sometimes, I am an American Jew. Sometimes, I do what the Torah says, but sometimes, I also have to be normal amongst my friends, family, my community, according to their version of normal. Sometimes, I turn to G-d, when I need Him; but when everything is okay, I don’t need Him; I can take care of myself.

But there is only One G-d. אָֽנֹכִ֖י֙ יְקֹוָ֣ק אֱלֹקיךָ There is no other. לֹֽ֣א יִהְיֶֽ֥ה־לְךָ֛֩ אֱלֹק֥֨ים אֲחֵרִ֖֜ים עַל־פָּנָֽ֗י . G-d is offering a consequential choice. Judaism is a religion with One G-d, running the whole Universe. A “One G-d” gave only one Torah and the way the Rabbis explain His Torah. There is no such thing as “one type of G-d for the Ultra-Orthodox, and another G-d with a different Torah, for those who are modern”. There is not one Torah for the East, and another version for the West.  Anything that is a contradiction to G-d’s Torah that He gave at Har Sinai is a source of embarrassment meaning that you are going against your values. There is no such thing as one Torah for the Rabbis, yeshiva students and Kollel to keep, and a different Torah for everyone else. It is all the same Torah. If the Orthodox Jew is not a Torah Jew, he is not Orthodox.

That was the purpose of Har Sinai: to make our sense of values and morals that it all comes from G-d. That is why, the Mishnayot Avot, the book of our moral code, is called Avot, as it is passed down from father to son, Rabbi to student, all the way back from G-d to Moshe. But the gentiles are still trying to figure out what is moral, what is etiquette, what differentiates between a boy and a gentleman, between a girl and a lady. I remember, 15 years ago, in Brooks Brothers, they had a book that had the rules and regulations of what is classified ethical and moral, according to Brooks. It was a שאלות ותשובות, QA book. One question was when you eat chicken on your plate, should you first cut it into small pieces and then eat it piece by piece, or cut and eat, as you go? What should a gentleman do, if he wants another portion of food from the buffet; what should he do with the first plate?

That was fifteen years ago. Today, America is trying to figure out what is the difference not between a boy and gentleman, but between a man and a woman. We, the Jews, have it all clear. It is the basics of our language. There is no “it” in Lashon Hakodesh. Every thing is either a he or a she. The giver, provider, is male: Shamayim, Mayim, Heaven and water, are male. The receiver, and the one who serves a purpose greater than itself, is a female. Eretz, land, in plural is Aratzot,( as in Aratzot Habrit :United States) is female, as it is dependent on what the Heaven and water gives it, to make something greater than itself.  The reason why Orthodox Jews are gender sensitive, is not because it never was accepted amongst white collar, self-respecting people, until now. But it is because the Torah says NO, G-d already set in stone that it is immoral. It is not up for humans to disagree. It is equally immoral, anywhere, and anytime, no matter what the professor in college says, no matter what the book NYC education will force into our Yeshivot or Beit Yaakov, because G-d, Himself, is above Time and Space. It is a direct contradiction to being a Jew. We are not sometimes Jew, sometimes American. There is no vanilla-chocolate; it is either vanilla or chocolate. Anything against Torah, any part of the Torah, is sheer embarrassment.

We bless our baby boys at their Brit Milah, כְּשֵׁם שֶׁנִּכְנַס לַבְּרִית, כֵּן יִכָּנֵס לְתוֹרָה וּלְחֻפָּה וּלְמַעֲשִׂים טוֹבִים. Just as you entered the covenant with G-d at the Milah, so too, you shall merit to enter Torah, Huppah, and to do good deeds! What does this mean? What type of blessing is this? Why do we say, כשם? Just say, כמו?

The answer is, כשם, Just as the name, means, we bless our baby boys, just like the name that you were called at your brit milah, you should have the same name, when you learn Torah and live by it, when you enter the Huppah, how you build your marriage, and when you do good deeds, and what you call good deeds. Mordechai is not Max. Yosef is not Joe. Shmuel is not Sam. May you stick to your Jewish identity, to your Jewish moral code, and ethical code, through all the milestones and stages of your life!

This contradictory Jew was what Rivka was afraid of! She had a child that was pushing to go out when she passed the Synagogue, Yeshiva, and Kollel, and, the same child was pushing to go out, when she was passing Avodah Zaras R’ Us! She went to the Rabbi, asking for an explanation, אִם־כֵּ֔ן לָ֥מָּה זֶּ֖ה אָנֹ֑כִי. But the Rabbi told our Matriarch Rivka, with prophecy, that she had two very different children, who were going to lead two very different nations, twins in her womb, … and then Grandma Rivka calmed down. What? Why! Didn’t she now realize that she had a child that was going to go off the Derech?!? Yes. But a child who is off the Derech is not as bad as a child who is living a contradictory life. Rivka knew that a child that would be a Father of the Jewish Nation, cannot be wishy-washy, contradictory flip-flop, sometimes keeping the rules, and other times not. The greatest damage to the Jewish People over history, was not from Gentiles, but from Jews who were wishy-washy, who instigated gentiles, or sold their people, for some temporary respect. Just look at the news. Learn the history.