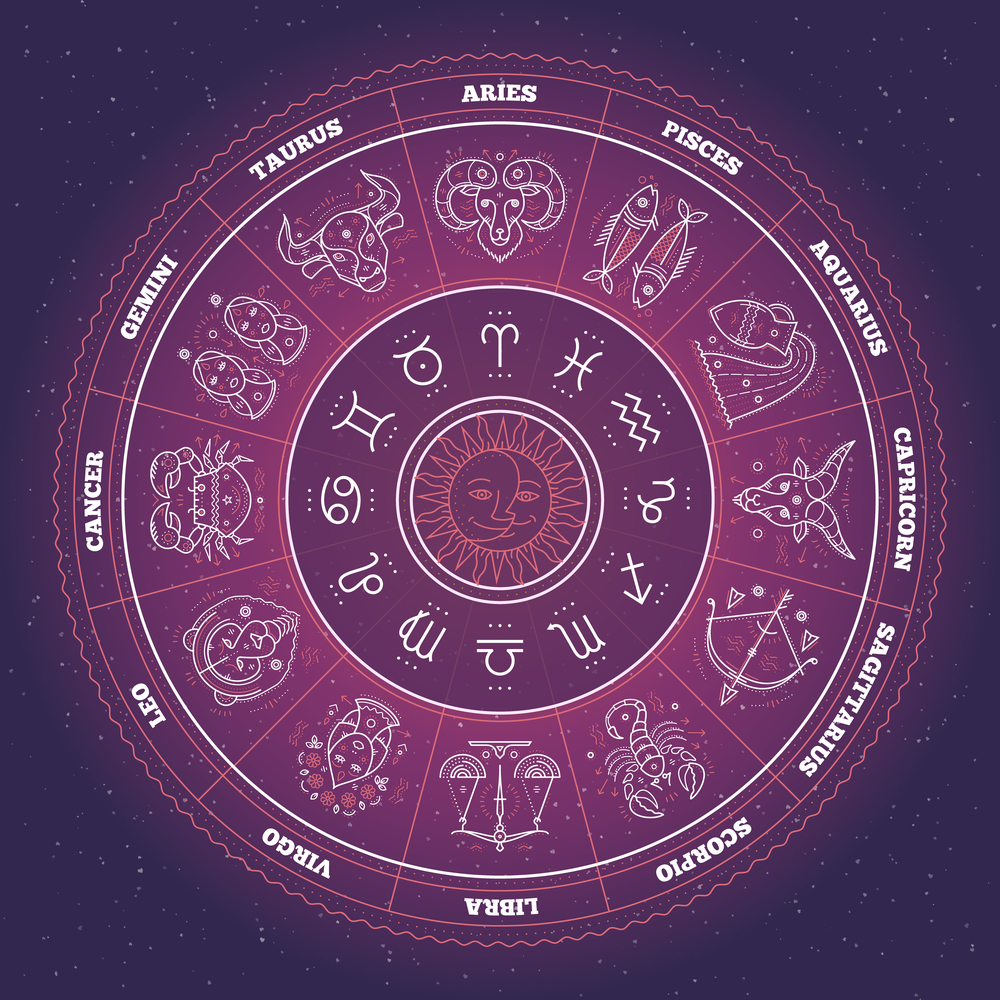 THE ART OF ACCEPTING PEOPLE

At least ten people took advantage of my offer last week, that I analyze their handwriting, by sending me their signatures. The analysis has been on an over-90-percent average of accuracy.

The same person who taught me graphology taught me how to read people’s personality from their faces. Although I have found that the 80+ signs of personality from people’s facial features are true, I still find it harder to understand and accept. Graphology posits that handwriting is something that is influenced by a subconscious choice; it is made on the basis of how the writer wants his letters to look. It is not something that is dependent on the muscles of their hands, because, if a person is – for some reason – unable to use his hands and he needs to sign or write with a pen in his mouth or in his toes, he will make the letters the same way, as usual. If a person needs to write with his finger on a screen, his script will be the same. This shows that the person wants the letters to look the way he made them, which is a revelation of the subconscious and personality of this person.

However, the face a person has, he does not choose. Well, not really. People lose or gain weight, and their face changes. People do surgery to change their face. Whenever I ask a person who has relatives whose facial features have changed, for whatever reason, they always confirm that the change in the face brought, along with it, a change in personality.

When Moshe asked G-d to appoint a leader for the Jewish people after his passing, he mentioned in his prayer, יִפְקֹ֣ד יְקֹוָ֔ק אֱלֵֹק֥י הָרוּחֹ֖ת לְכָל־בָּשָׂ֑ר אִ֖ישׁ עַל־הָעֵדָֽה   May YKVK the G-d of the spirits for all flesh, appoint a man on the congregation.  The Midrash comments: What does this mean? Moshe was telling G-d, You are the G-d that knows the personalities of each and every one, as the passuk says, הַיֹּצֵ֣ר יַ֣חַד לִבָּ֑ם הַ֝מֵּבִ֗ין אֶל־כָּל־מַעֲשֵׂיהֶֽם . (Sifri Zuta) כשם שאין פרצופיהן שוין זה לזה כך אין דעתן שוה. Just as their face is not the same, so too, their opinion is not the same. Each person has his own opinion… Please, G-d, if you want to appoint upon them a leader, appoint for them a man that can deal with each person’s opinion and personality! (Tanhuma)

People ask me, out of all the things I have found to be helpful in understanding people, what is the most helpful. Graphology, reading faces, coaching, CBT, NLP, body language, – what have I found the most intriguing. Immediately, my answer is: none of the above. My answer is a Jewish one.

The person’s mazal. His horoscope, his zodiac.

Now, let us get things clear. You did not decide your Mazal, consciously or subconsciously. G-d decided the hour of the day, the day of the week and the year in which you would be born. Once I understood the concept of horoscope, I understood that this person I disagree with, lead, or coach, love or can’t stand, is a totally unique individual. I used to have difficulty dealing with different kinds of people. I used to be upset that the person behaved/ thought/ felt the way he did different than me; but now, it does not bother me anymore. Because I now understand that the reason why the person is the way he is, is the same reason that I am the way I am: each one according to his mazal. It is like expecting a dog to say meow, or a cat to bark; an irrational thought.

We find that horoscope, mazal, zodiacs are in our religion. On the passuk of why G-d put up the sun moon and stars,  וְהָי֤וּ לְאֹתֹת֙ וּלְמ֣וֹעֲדִ֔ים וּלְיָמִ֖ים וְשָׁנִֽים  the commentators teach that there are 12 Mazalot, and the Talmud tells us that G-d created all the 12 Mazalot to serve the Jewish people. (Berachot 22b). In the Sefer Yetzirah, handed down from Avraham Avinu, the Mazalot are mentioned. Avraham Avinu was a master astrologer, and G-d told him that he need not worry that in his Mazal, he will not have a child, because the Jewish people are above the mazal. (Shabbat 156a) The Jewish people being above the Mazal means, that although Mazal exists, we can overcome it through prayer and tremendous Zechut. But Mazal still exists.

Halachically speaking, the Rambam ruled that it is forbidden to read the Mazal to decipher the future, and to base your decision on what you should do, according to it. Acting according to your predictions based on astrology is like eating pork: you get whipped 39 lashes, because you transgressed the sin of לא תעוננו. (Mishneh Torah, Avodat Kochabim, 11; 8-9) Although we believe in Mazal, that people are affected by their Mazal, we can’t rely on our perception of it and behave according to our Mazal. We need to trust in Hashem, and in Hashem alone.

99 % of the people who claim they know horoscope have no idea of what they are talking about. The mazal goes according to the solar calendar, not the Jewish one, so if you put your English birthday into Google and ask what is your zodiac, you will get only one part of your mazal, just the part that reflects the day of the year you were born. But according to Judaism, you need to factor in two more parts for your mazal to be clearer. The day of the week you were born, and the hour of the day you were born. (See Pirkei D’r Eliezer 6)

We still know that the Mazal tells us what nature a person has, although he/she can overcome the natural tendencies by fighting, going against his/her natural current. A person is a Tzelem Elokim, in G-d’s Image, and is, in a way, unstoppable with his power of will. And even without factoring in the other signs of day of week and hour of day, there can be some truth of your personality and the path you chose in life that lines up with the Mazal of the day you were born, that will help you understand why you believe, think, feel, behave the way you naturally do.

For example, I was born in the day of the year that the Mazal is Aquarius, דלי, which is the water bucket/ water carrier, the Mazal of Shvat. This is the rarest of all the Mazalot, so people who are Aquarius are unique thinkers. Now, growing up, I always had a hard time; I thought differently from everyone else, and I still do.

Here is what the Mazal Aquarius means, according to Judaism, according to Rabbi Yitzchak Fanger.  דלי / Aquarius means individualism, different from the crowd, taking a stand, that people should know who he is, and what he is. Aquarius like to know that they have their own place, and know their place. This mindset gives the Aquarius the chance to be most creative, dedicated to their unique, creative capabilities; and the Aquarius needs to be careful not to be haughty or to allow himself a feeling of self-importance over those that are around him/her. The Aquarius is the mazal of the one who lives a life working on accepting his fate and his reality. Also, the Aquarius is the Mazal that loves food, and that is their challenge, not to go after their eating craves. Also, Aquarius are strong communicators, they love the intellectual and mystical, value open-mindedness, freedom, and they seek to know and familiarize themselves with what interests them. Aquarius can’t be held down to one place: they need to be free. Like a bucket that is sometimes full and sometimes empty, the Aquarius has a lot of ups and downs, feeling very successful at times, and sometimes, very unsuccessful. The Aquarius needs to be careful not to fall spiritually when he fails, and needs to fill himself with Torah and spirituality, to feel successful.

The Aquarius sees people all the same, just like the water in the bucket that is equal and in union. Aquarius love people when they are in groups and are openminded, but don’t open up well with people in a one-on-one situation, and have a hard time developing personal relationships. This is why they need to be careful to show love to their spouses, and to their children, in an individual fashion, as this is not natural for them, and they sometimes tend to come across as being cold, even to those they love and admire. Even though they are busy with world-changing projects, they need to keep eye contact with their family, in the interim. Aquarius, like water carriers, like to take care and provide water to the individuals, but sometimes, they come across too strong, as the water carrier who pours too much water, making the little buckets it fills overflow.

Now, it is possible that I am not Aquarius, because I need to figure in more factors, like the day of the week I was born and the hour I was born. But there are too many things about this that are accurate, that help me understand my life choices and the way I naturally think, feel and behave; so, most probably, I am Aquarius. (It just so happens, that my wife’s name is Dolly, like דלי, the Hebrew name for Aquarius.)

Rabbi Yitzchak Fanger explains all the Mazalot according to the Torah in Hebrew, and his videos can be found online. If you type your mazal into Google in Hebrew (use Google Translate to tell you what the name of your Mazal is in Hebrew) and you also write yahadoot.net next to your Mazal in Hebrew in the Google Search, you will see what your Mazal means, and what is written there is, in short, what R. Fanger says in his videos. If you are having trouble with this, Whatsapp me at +972585272023.

But I truly find this fascinating, that people have their own ways of thinking because they were born in different Mazalot, even though we may not know which Mazal we/they are and how it affects. This helps me accept people, understand people, coach people, and lead people. It also teaches me, never to compare to others, never imitate. They have their own Mazal, and I have mine, and no two people can serve G-d the same way. The uniqueness of each of the 12 tribes, is that each one serves G-d in his own unique way. When Bilaam saw the tents of the Jewish people facing away from each other, he blessed them. The significance of the tent entrances not facing each other, is that no one compared, contrasted, or copied. Each Jew has his own way to serve G-d, his unique path, as no two people are alike. This is why, the plural word for mankind remains as it is in the singular form, Adam, not Adamim. Because there are no two people that are ever alike.