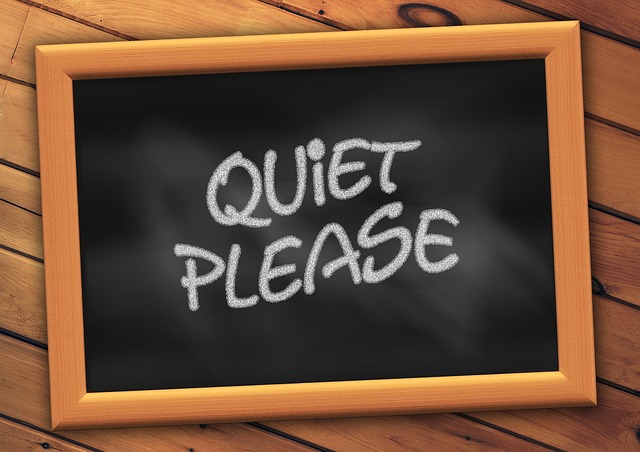 Rachel acquired the skill of silence, so that even when her father was giving her shower gifts to Leah, she kept quiet. Therefore, her descendants all mastered silence. Binyamin knew that the tribes sold his only brother as a slave. And he kept his mouth shut. This is why her son Binyamin’s stone on the High Priest’s breastplate was Yashpeh. Yesh – there is; Peh – a mouth.  This is why her descendant Shaul became king, for his modesty in not telling his uncle that he became king. This is where her descendent, Esther, had the power to keep from revealing to Achashverosh that she was a Jewess. Leah, on the other hand, took the skill of praise and admitting. She praised G-d for giving her Yehuda, so her descendants followed. Yehuda admitted his embarrassing act. King David praised G-d in Tehillim. (See Rabenu Bachye)

Silence is referred to as a skill elsewhere. What skill does a person need to learn? To make himself like a mute. )Chullin 89a) This brings to mind the four monks. Four monks decided to meditate, silently, without speaking for two weeks. By nightfall on the first day, the candle began to flicker and then went out. The first monk said, “Oh, no! The candle is out.” The second monk said, “Aren’t we not supposed to talk?” The third monk said, “Why must you two break the silence?” The fourth monk laughed and said, “Ha! I’m the only one who didn’t speak.” Isn’t silence a path to pain and self-affliction? How is it referred to in the Midrash as a skill?

Judaism maintains that when silence is balanced in a healthy way, silence can also be a path to wisdom and self-introspection. As Albert Einstein once said, I think 99 times and find nothing. I stop thinking, swim in silence, and the truth comes to me.

My best articles come to me when I give up trying to lay down words to direct my train of thought. I swim in silence. The ideas percolate in my mind… And then I realize the real truth of what I wanted to say and how I want to say it.  סייג לחכמה שתיקה. The fence of wisdom is silence. And when you want the real truth, the underlying truth, it comes only when you stop talking and thinking.

If we were to make the analogy between communication and driving a car, Silence does not mean that you are in Park. Silence is a Brake to use, to have safe driving. If you do not have the wisdom of how to use your brakes, your life is in danger. Hence, the words of King David  החיים והמוות ביד הלשון  (Mishlei 18;21): Two representatives stood in front of Andrinos, the Ceasar. One was of speech. The other was of silence. The king said to Speech, “Say why you are so important!” He said, “Because without Speech, Kings won’t be able to rule. Ships won’t be able to sail. Brides won’t be able to be praised. Without speech, commerce would be impossible”. The king said, “Good points! Now, Silence, it is your turn.”

Before Silence even got a chance to open its mouth to speak, Speech slapped his face… “King, Speech can use speech to praise speech. But how can Silence use speech to praise silence!?! To that, Silence said, “Silence that is praised is not total silence. It is the wisdom of how to be careful when speaking. As King Solomon said, “בְּרֹ֣ב דְּ֭בָרִים לֹ֣א יֶחְדַּל־פָּ֑שַׁע וְחֹשֵׂ֖ךְ שְׂפָתָ֣יו מַשְׂכִּֽיל ” (Mishle 10; 19) (Orchot Tzaddikim).

This balance between speech and silence is something that we see throughout Rachel’s life and the life of her descendants. All of Rachel’s struggles in life, and the struggles of her children, were related to balancing silence with speech. Between not saying something, to speaking up. Between hiding identity and knowing when to reveal it.  Knowing when to admit, or when to rebuke. I would need another whole article just to go through all the cases of Rachel, Binyamin, Yosef, Shaul, Yehonatan, Michal, Mordechai and Esther.

The times that silence is important are listed by the Orchot Tzaddikim. Here are the Stop Signs. 1. Accepting G-d’s Judgement. 2. When being degraded by others. 3. In Shul during prayers- Silence there is the ultimate modesty, for it brings focus to prayers. 4. When sitting amongst wiser people. This way you can learn from them. 5. When there is no one around you than can correct you… When in doubt, and you can ask someone wiser than you, do not keep silence.

It is interesting to see how, in all the episodes that silence was dealt with in the frame of these 5 Golden Silence Rules, the outcome was always very successful. But whenever these rules were broken, the price was too heavy. This is why winning in the game of silence is an art.

The belief of the Rasha is Lavan’s belief – My power lies in my hands –   יֶשׁ־לְאֵ֣ל יָדִ֔י לַעֲשׂ֥וֹת(Rabbenu Bachye.) But Rachel’s way, the way to swim in silence, the way to stop thinking, is by believing that any power that I have or don’t have is fine, because it is all from G-d. King David said, לְךָ֤ דֻֽמִיָּ֬ה תְהִלָּ֓ה   (Tehillim 65;2) To you, G-d, silence is praise. How so? There is no greater praise to G-d than accepting Him, even when you cannot comprehend or explain His ways…

It is so interesting how Silence, when accepting G-d’s decree, is this art of trust in G-d, this power of humility that is able to make everything turn out for the best. If this is the father G-d gave me, I accept. If my sister Leah is walking down to the Chuppah with my husband and I cannot do anything about it, I accept. If my husband doesn’t understand me the one time I said how much I wanted a child, I accept. And, if my G-dly husband decided to bury me on the road, I won’t even ask him to be buried in Maarat Hamachpela. I will give my burial spot to my sister. Rachel accepted her husband’s decision to bury her “on the road” and not next to him in prime location, in Maarat Hamachpela. In the end, in 2018 her grave is the Jewish grave that is most visited in the whole world… Why?

When someone has the power of silence, they just open their mouth to pray, and before they even start praying, G-d answers their prayers. מנעי קולך מבכי On the way down to Exile, and during the Exile, every second of prayer is precious. We cannot wait for Leah’s eyes to fill with tears. So Rachel is in the right place, in an accessible place,  so that if she just has a tremble in her voice, G-d says, Rachel! Stop! I don’t need you to pray! I can read your mind! I’ll answer your heart’s wishes, even before a tear wells up…

And this is the way we can become true Tzaddikim. As Ralph Mahana once taught me in the name of R’ Levi Yitzchak Berdichever – ס ע פ צ. If you want to become a Tzaddik (letter Tzaddik), you need to learn how to close (letter Samech is a closed letter –  ס) your eyes (Ayin is also Eye) and your mouth (Peh is also Mouth)…

The greatest communicators were masters of silence, knowing when to use it and for how long. The greatest comedians, the greatest musicians and performers, were all masters of silence. G-d, Himself, runs the world in silence. The movement of the sun and moon, all of nature, grass, trees, it is all so silent. That is how G-d communicates with us and the way we connect to nature and G-d. Only after we connect through this silence can we pray to Him a focused prayer.