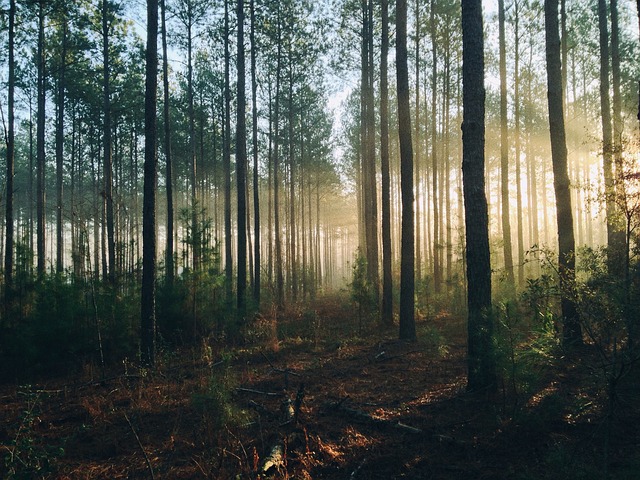 Thinking “big picture” is thinking like the Gedolim, the Jewish Leaders. It is the way that the Rishonim, the commentators on Shas, analyze the Talmud and come up with a deeper truth. By bringing in other seemingly contradictory pieces of Talmud and putting it all together, they find a deeper truth that is not recognized at first. If you focus only on the piece of Talmud you are learning at the present, you can never get down to the truth. Because, like the Aron Hakodesh that is symbolic of the Torah, Torah knowledge is a blend of width, length and depth.

If you want to live a life of truth, you cannot focus on the present, alone. When making big picture decisions in life, we need to bring in the future and all the possibilities that it may bring. We need to look at the past and how that might affect the future. Big picture thinking is something we can learn from our Forefather, Yaakov.

וַיְהִ֣י עֵשָׂ֗ו אִ֛ישׁ יֹדֵ֥עַ צַ֖יִד אִ֣ישׁ שָׂדֶ֑ה וְיַעֲקֹב֙ אִ֣ישׁ תָּ֔ם יֹשֵׁ֖ב אֹהָלִֽים  And Esav was a man who knew hunting, a man of the field, while Yaakov was a simple man, who sat in the tents (of Shem and Ever). Of the Four Sons in the Haggadah, the Tam is just a simpleton. On the other hand, Yaakov is described with the virtue of being an Ish Tam, a simple man.  In which way is simplicity a virtue? And how can we learn from it? Also, if Yaakov was known for being the Man of Truth, תִּתֵּ֤ן אֱמֶת֙ לְיַֽעֲקֹ֔ב, why then was he titled Ish Tam,  a simple man, and not Ish Emet, a man of truth? And why was Yaakov known as the man of truth? Wasn’t he dishonest to his blind father Yitzhak when he presented himself as Esav while taking the Berachot, even if they were rightfully his?

Rabbeinu Bachye explains that there is a level of truth greater than that of being honest.  And that is the level of being Tam, an “all-inclusive truth”. Tam is a מכריע Machriah, a blend and underlying truth between two opposing truisms. (See Alei Shur B; Emet) How so?

In our holy Seforim it is written that there are seven Middot of G-d, and that Avraham personified the Middah of חסד: that even if you are not deserving of something, G-d will, in any case, give it to you. Yitzhak personified the Middah of גבורה, that G-d will give you only what you deserve. But Yaakov personified G-d’s Middah of תפארת, or a blend between his father’s and grandfather’s personification. A blend between גבורה, strict judgment and, חסד, endless kindness. That sometimes, even if the truth is that you do not deserve kindness in the present, nevertheless, it could be that something in the past or future has made or will make you deserving of kindness or mercy. This big-picture-truth was the truth of Yaakov. Tam is not just honesty. Tam is finding the all-inclusive, underlying truth.

It is true, in the present, Yaakov was dishonest. But in the big picture, when we figure in both the past and the future in the equation, Yaakov was Emet. For in the past, Esav had sold his rights of the firstborn to Yaakov, and in the future, Esav was not competent to accept the Priesthood and its responsibilities. Esav not only sold the firstborn rights to Yaakov. He scorned them, by selling them for lentils.

The Talmud teaches us that the difference between אמת  and שקר is that אמת  has “legs” to stand firmly on, while the שקר  has just one-legged letters. (Shabbat 104a) In order for you to access the underlying truth, you can’t get stuck on one point, on one leg. You need a broader knowledge and awareness, like the two- legged letters of אמת. Big-picture thinking is the way G-d runs His truth in His world of optical illusions. The Chafetz Chaim explains why the signature of G-d is Truth. Because when you look at the letters אמת  on a signet ring, they appear to be backward. Only after the letters are stamped can we see the message that is intended. The same is with recognizing the truth of G-d in the world: we need big-picture thinking. In the present, when we are looking at the letters of Emet on the signet ring, it does not look like Emet, for in the present, the world looks like it is full of Sheker. But only when one is able to see the bigger picture of past, present, future can one see the Emet, the truth that G-d is really in charge. Real truth, eternal truth, is always a blend of past, present, and future. When we get locked into the present, we cause ourselves unnecessary stress, aggravation and frustration. As an Egged bus driver once said, No one ever misses a bus. They just got early for the next bus.

When the Torah tells us תָּמִ֣ים תִּֽהְיֶ֔ה עִ֖ם יְקֹוָ֥ק אֱלֹהֶֽיךָ  Rashi explains this – Do not inquire (through unnatural means) after the future, and accept whatever G-d brings upon you. How did Rashi understand that the word Tamim means to accept the present, or accept the future? Because being Tam is thinking bigger picture, not getting stuck on something you do not understand.

The month of Kislev is a month in which we are to accept that the reason why we sometimes have difficulty accepting G-d’s decisions is because we are behaving like the Ksil. The fool. How so?

In the big picture, when we bring in past and future, we have a lot to be humble about. All haughtiness is a lie, for it is focusing on one moment. This was the key to our forefather Avraham’s humility, especially when he was praying to G-d for G-d to change His decision about Sodom.  וְאָנֹכִ֖י עָפָ֥ר וָאֵֽפֶר And I am like dust and ashes. Why dust and ashes? Because Ashes are something that may have had a glorious past before you burnt them, but now, they are only ashes. Dust may have had no past, but it has potential for a glorious future. Avraham said to G-d, My greatest feeling of humility comes from looking at my past and my future.  Then  I realize how humble I need to be. I realize that You have reasons that human beings are not capable of understanding, when they focus on the details of the present. One of the names the Torah uses for the word “grave”, is the word שאול, pronounced as Sheol.  Doesn’t that word mean loan? Why do we call a grave, a loan?  As Amin Adjmi once told me, All that we own in life is a loan, except for our own souls…

Many times in life, we don’t want to face the truth, because the truth may be too hard to accept, too humbling. And our ego is sometimes more precious to us than our ability to get on in life. So then the sad thing happens: we lie to ourselves again. And a lie told often enough eventually seems to us to be the truth. All this makes life complicated. But Yaakov was a simple man. He was the man of truth. He was the other extreme of his twin brother, who was loved by Yitzhak כִּי־צַ֣יִד בְּפִ֑יו  because he had game in his mouth. What does that mean? A hunter’s trade is to fool its prey into thinking that the coast is clear, while actually, the trap has been set. The greatest danger is when someone fools himself. Like the enticing appearance of prey, as it looks in the present, but in the big picture, when we bring in the future, the person is just setting himself up for a trap. Esav was so good at fooling his father,  he even fooled himself. Yaakov was the opposite of fooling himself; he totally accepted himself, as he was. Everything was clear, thought out – past, present, future. Yaakov never, ever, fooled himself.

A lie can travel half way around the world while the truth is still putting on its shoes. Because for the truth, we need to decelerate making the final analysis.  Not to jump to conclusions. To be “simple”, not to assess the present without factoring in the past and future.

← A LITTLE LOSTSwimming in Silence →