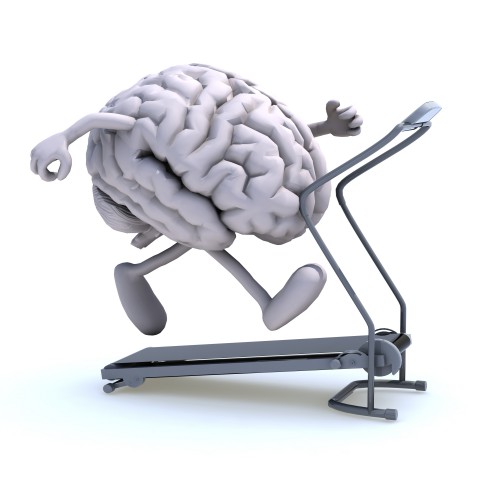 Overthinking usually starts from something legitimate, but then it loses boundaries. It is so common for people to overthink in so many areas. Was I guilty? Why did I make such a mistake? Why did others act the way they did, or not even apologize when they realized they were wrong? People overthink what others think about them. Or overthink if something, or someone, or myself, is normal.

The Torah tells us about the Mitzvah of the Red Heifer, a cow that is completely red, one that never bore a yoke – to slaughter it, burn it, take its ashes and sprinkle them with water on people who became impure because of their contact with dead.  Rashi tells us that this Mitzvah is a Hok, a mitzvah that has no logic to it. Then, ironically, Rashi brings R Moshe Hadarshan to explain that the idea behind the Red Heifer is for it to atone for the sin of the Golden Calf.  The Red Cow is the mother that needs to clean up after the mess made by its child, the Golden Calf.

Why does Rashi say that this is a Hok, and then, he brings an explanation for it from R Moshe Hadarshan? And, how does the Heifer clean up after the Golden Calf? (See Beit Halevi on Ki Tisa)

Let us first focus on the sin of the Golden Calf. At Har Sinai, when our ancestors said נעשה ונשמע, We will do, and then we will listen, we will accept whatever G-d says without asking questions, they went up to the level of Adam before the sin, pre “death” zone. When the Jews sinned with the Golden Calf, they went back to the level of Adam “after” sin. Adam’s sin was that he wanted to be like G-d, וִהְיִיתֶם֙ כֵּֽאלֹהִ֔ים, to be in control, to know things he might otherwise not be able to know, so that he can serve G-d on a higher level than what he was on. He had only one mitzvah, the mitzvah of not knowing, and he blew it.

The sin of the Golden Calf came about because the Jews of that time wanted to know how they were to serve G-d, without a Moshe. Aharon tried to stop this overthinking by buying time, by pushing things off, but Micha, threw the piece of paper with G-d’s Name on it into the burning gold, which turned the gold into a walking, talking golden calf. Where did Micha come from? He was  a product of Moshe’s overthinking! In Egypt, Moshe asked why G-d was allowing Jewish children to be brutally killed, so G-d allowed Moshe to let one of them live. He saved a child who became Micha (See Hadar Zekenim Ki Tisa, Alshich Mishlei 24).

You see, the reason why we sinned with the Golden Calf, Moshe told us on his last day, is not because we had a question that had no answer. “Where is Moshe? How do we serve G-d now?”  It is because we had too much gold. ודי זהב. (Devarim 1;1) When you don’t have to work hard, when you have extra time or money on your plate, you overthink. And when you overthink, even if it is coming from a good source, it can turn into a catastrophe. (This is the danger of Bein Hazmanim. Too much spare time. Too much overthinking.)

People suffer from overthinking on all levels.  How will I make enough money to marry off my children? How will I retire? When you overthink these, it can take over your life. It can ruin your life. Because the life you live is made up of three things. Your actions. Your conversations. And your thoughts. מעשה דיבור מחשבה. These three are all that you can actually manage. As nice as time management sounds, it is just wishful thinking. You can never control or manage time. You can only manage your actions, conversations and thoughts, by making them measurable through time. You can decide how long or how short a time you can spend on each of them, and you can decide when and where you want to do any one of the three.

Overthinking is only destructive when you think off the clock. When you do not set aside a time and a place for it. When you don’t limit it.  We must decide, in advance, how much time to devote to a subject – when and where to think about it.  And leave the rest for G-d. It is amazing how our most effective and creative thinking is done when we give it an allotted time. Because the brain works like a muscle: you can’t make it think the whole day. It will wear out.  When we schedule our thinking time, our thinking becomes super productive.

In almost everything in life, we need a healthy balance. Not too much and not too little. And just like we need to eat with a healthy balance, we need to think with a balance. Not too much, and not too little. Some people underthink things, out of laziness. And some people overthink things, because they feel they can control the world outside of their actions, conversations, or thoughts. You need to think hard, but not when it is not helping you live a more functioning or successful life. When you are aware that it is hurting you more than helping you, you need to stop. To have the humility to leave it up to G-d.  You need to take the “Simplistic mindset” of Avraham, our Forefather. And when you take this lesson of the Red Heifer, you will be ready for Nissan, for your own, personal redemption.