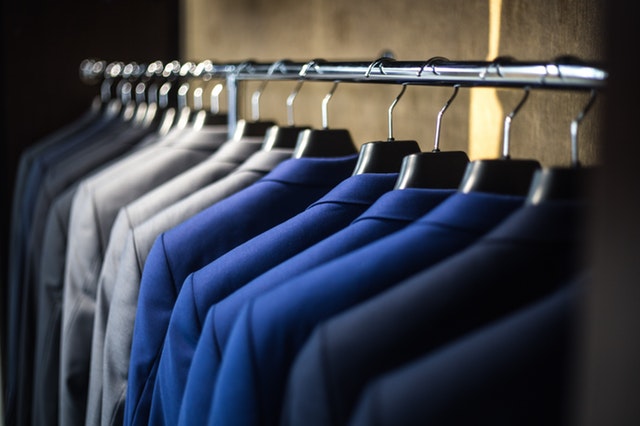 It is amazing how much our psychology is dependent on how we dress. What we wear not only tells other people who we are. It is the greatest reflection of your self-perception. So many times, I have found that by helping a person change their wardrobe, they can change their self esteem. It might be a bit expensive, but clothing can do more to your psyche than hours of therapy. Change your clothes, and you will change your life.

It is so ironic how every climactic part of the Torah’s story makes mention of clothing. G-d made clothing for Adam after the Sin. After the flood, Shem and Yefet covered their father, Noah. Yaakov wears Esav’s garment to take the blessings. Yosef’s coat was taken from him. The Jews merited being saved from Egypt in the merit of their clothing. When Shmuel got upset at Shaul for not wiping out Amalek, he ripped his garment and said that the royalty would be passed on to someone else. It seems that there is something very deep about clothing.

One of the main reasons why we do not bring Korban Pesach on the Temple Mount today is because we do not have the materials that make the Kohen’s clothing. We are not 100 percent sure what T’chelet is, and T’chelet is one of the crucial components of the Kohen’s clothing. A Kohen can do the Temple Service only if he is classified a Kohen, and to be a Kohen, he needs to wear the priestly garments. This is so interesting. We know that the Beit Hamikdash, even without the Aron Hakodesh, was considered a Beit Hamikdash. In the Second Beit Hamikdash, we had no Aron, and still, the Kohanim were able to perform the Service. It seems that the Kohen’s clothing is essential to performance of the Service, even more so than the “furniture” that made up the Mishkan. Why?

If you look through the whole story of the Megillah, you’ll find that the climax occurred when Esther “donned royalty”. ותלבש אסתר מלכות.(6;1) That is when things started to turn around. We make mention of the fact that Mordechai, also, wore royalty. (8; 15)What is the meaning behind all of this?

There is something interesting in the Aleph Bet. After the letter Aleph, we have the letters ב, ג, ד. The letters that spell the word “cloth”. The reason why G-d wanted the אלף בית  in this order was because it serves to teach us that G-d, אלופו של עולם, Master of the World, is always hiding behind a cloth in the world. Everything we see, everything we experience, is just G-d’s garment. G-d is hiding everywhere, behind everything. Every noun, every verb that you can come up with in the Aleph Bet, every person, place or thing, every action, is just G-d hiding behind a cloth. The clothing of G-d, the world we see, is the way G-d portrays Himself to the World.

Now, if you take the letters ב,ג, ד  and you do אתב”ש, which means, you take the letters of ב,ג,ד and you look at the corresponding letters at the other end of the Alef Bet, the letters that you get, are שקר. Falsehood. When you don’t look at the world from the perspective of Alef, Alufo Shel Olam, when you do not see the world as a בגד, as a “cloth” concealing G-d, you are living a world of שקר. When you look at Nature as an independent thing in and of itself, independent of Alef, you are seeing שקר. At every climactic point in Jewish history, G-d was projecting Himself through בגד, making sure that things happened the way they did. Nothing happened without G-d wanting it to happen.

The same is true about your clothing. You, a G-dly Image, can wear clothes that are either projecting who you are, a reflection of your innermost self, or a projecting lie, a false image, someone who you are not. When you have a hard time deciding what to wear, it is because you are having some type of identity crisis in disguise, not knowing who you really are that day, not knowing how to project a certain part of your personality and self that day.  Or, you may have difficulty in deciding who or what you want to connect with, like the word קשר. But clothing can be an independent, untrue picture of self that you are portraying to the world, or to yourself, a שקר.

The Kohanim are not Kohanim, in regards to Temple Service, if they are not portraying their true identity, לכבוד ולתפארת. If they are not wearing the clothing that reminds them to focus constantly on serving G-d, they are not Kohanim. Because the Kohanim’s clothes make the Kohen a Kohen, because wearing them causes them to connect emotionally, קשר , to the service that they are doing. (See Sefer Hachinuch 109)  If the Kohen does not connect emotionally, if he has thoughts that are not לכבוד ולתפארת, the Service can be disqualified. If they are not wearing that uniform that puts their whole existence in line with their service, to bring G-d honor, and to show G-dliness to the world, they are not considered Kohanim. And if they are not classified as a Kohen, the sacrificial service never started.

When you change the way you dress, you change the way you feel, you change who you associate with. You change the way people perceive you, and the way you perceive yourself. The greatest change in the Purim story happened when Esther wore Malchut, when she wore royalty, because then, she connected with the inner concept that she is a queen, and a messenger of G-d in this world. When she dressed differently, she felt different, and when she felt different, she merited Ruach Hakodesh.(Megillah 14b) Because at that moment, she realized how everything around her is just a בגד, a cloth covering G-d, which is true Malchut, because nothing can stop G-d, or you who represent G-d. Until now, she was seeing just Sheker. But after fasting, davening, doing Teshuva, she reached that level of being a queen, not only externally, but the level of being  the Jewish Queen each and every one is inside. Mordechai, also, reached this level of realization that nothing exists except G-d; and therefore, he totally disregarded Haman and Amalek, that represent the Sheker that there is a power of Nature in the world independent of G-d. Mordechai reached Malchut, the identity of the Jewish King that each and every Jew has inside, that G-d is unstoppable, and if we represent G-d in this world, then we are also unstoppable. So, Mordechai, also, merited Ruach Hakodesh.

This is the month of Adar. The month of Aderet, which means that we are to don the clothing of the Midah of Malchut. That only G-d exists. This can be done specifically in the month that there was the Plague of Darkness in Egypt (Nissan was Plague of Firstborn, so Adar was the month that had the Plague of Darkness); because in the darkness, when nothing is making sense, we have an opportunity to reach that level of realization that everything around us is just G-d’s בגד.

If you find a talmid chacham with a stain on his clothing, he is deserving of death. Because he makes himself despised in the eyes of the people, and that makes Torah hated. (Shabbat 114a) What you wear represents who you are. It represents who and what you stand for. It communicates to the world around you how you perceive yourself, and it portrays how you perceive others, who and what you want to associate with.

Make sure you dress well.

← A JEW’S SEARCH FOR SPIRITUALITYSTOP OVERTHINKING IT! →