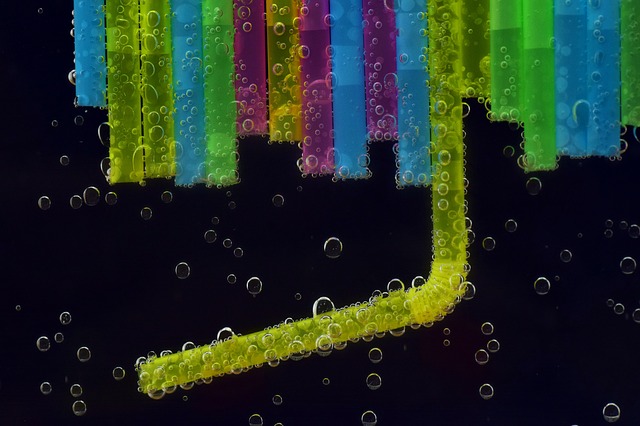 THE WATER IN YOUR STRAW

The best producers, artists and authors know how to give the illusion that something inanimate is actually alive. So, too, G-d created the world with the illusion that it is independent of Him. This is what is meant, in the words of the Talmud, that G-d is the best Producer ever. אין צור כאלוקינו  means, אין צייר כאלוקינו (Berachot 10a).

There is a principle in writing stories and plays that every element mentioned or used must be an integral part of the plot. “If, in Act I, you have a pistol hanging on the wall, then it must fire by the last act” (Anton Chekhov).  No element should be mentioned or appear to make “false promises” by never coming into play. Why do producers keep this rule religiously? Because in the real Movie called Life, where G-d is the Producer, everything has a time and place. אל תהי בז לכל אדם ואל תהי מפליג לכל דבר שאין לך אדם שאין לו שעה ואין לך דבר שאין לו מקום  (Avot 4:3). Nothing is superfluous.

There is something in the Exodus story that seems superfluous. Moshe’s Staff. What was so important about this staff that Moshe’s becoming a leader started with it, and it is mentioned over and over throughout his life’s story? (Amalek, Korah, hitting the rock) In what way was it so integral?

The Pirkei D’R Eliezer (40) tells us that this was not just another staff. This staff was created at twilight before Shabbat, on the sixth day of Creation, as one of the ten things that were created for the sake of Jewish People (Avot 5,6). It was given to Adam, who handed it over to Hanoch, and was subsequently handed down to Noach, to Shem, to Avraham, to Yitzhak, to Yaakov, to Yosef. When Yosef died, his property was confiscated and taken to Pharaoh’s house. Yitro, who was then one of Pharaoh’s sorcerers, saw the staff, the letters on it, and wanted to possess it. He took it with him and planted it in his garden. No one was able to get close to it. And when Moshe came to Yitro’s house, he saw the letters that were on it; he felt a desire to have it, and was able to take it. Yitro saw this and realized that Moshe would become the redeemer of the Jews from Egypt, so he gave his daughter, Tzipporah, to him as a wife.

This staff was made out of sapphire. What was written on the staff? דצ”ך עד”ש באח”ב which is the acronym of the ten plagues (Midrash Rabbah, Yalkut Shimoni). It had G-d’s Holy Name of YHVH on it (Y.B. Uziel Beshalach 14, 21). What was the point of these inscriptions? And why, with them, was Moshe to use it as a “prop” to bring about the redemption?

In the beginning of the Parasha, G-d told Moshe that, in contrast to how He revealed Himself to the Forefathers, He reveals Himself with His Name, YHVH, to Moshe at the Exodus. In the Exodus, the great revelation was not only that G-d is in control of Creation, but that the whole of Creation is nothing without G-d! YHVH means that G-d is מהוה, that He makes things happen and exist. And nothing exists without Him. This is a basic, fundamental principle in Emunah. And the Exodus was the ultimate Emunah Academy.

Why did G-d bring ten plagues?  Why did G-d not wipe out the Egyptians with one strong earthquake? The answer is because G-d wanted to show, once and for all, that there is no other power in Creation other than Him. That even Nature, all of Nature, is a Miracle. We know that each plague took a week, and then, there was a break for 3 weeks. The ten plagues took about ten months. Why didn’t G-d just bring plague after plague? Why did He give three weeks’ time to allow Pharoah to have a breather?

The answer is because G-d wanted the Jews to learn, from the precision and detail of each plague, that He is the Producer. For example. If an Egyptian wanted a bottle of Mei Eden water from a Jew during the Plague of Blood, the Jew could charge $1000. If the Egyptian did not want to pay and tried to put a straw into the Jew’s cup, the Jew continued to drink water, while the water in the Egyptian’s straw turned into blood. These are fundamentals in Emunah: whatever you got in life, and whatever you did not get in life, G-d is the Producer. Down to the last drop. (Seeשיעורי דעת – נס וטבע )

Moshe’s Staff was called a Matteh, not a Makel. Why? Because the Matteh was there to tilt,להטות, to steer the heart of the People to G-d.(Sfat Emet) That was the Purpose of the Miracles and the staff was to make this point clear. It is a staff that can become a snake, and a snake that can be a staff, because it is all G-d shining differently through the prism. Of course, we all have a Pharoah inside us, the Yetzer Harah, that tells us not to be impressed. ? מי יקוק אשר אשמע בקולו (5, 2) But it is up to us to realize that when something happens to us, G-d has a reason for making it happen. To us. Now. And here. And if something that we wanted to happen did not happen, if we felt we deserved something and did not get it, it is because G-d knows that it is not good for us. Because G-d is the Ultimate Producer. The staff was the baton passed on from person to person to bring the responsibility of this revelation to the person who would reveal it to Humanity. And when Mashiach will come, he will come with this staff. (Y Shimoni Hukat  תשנט)

Why do some people have such a hard time believing this? Because they are missing Lesson Two of the Exodus. בני בכורי ישראל. Yisrael is my firstborn son. At this point in time, G-d signed the deal in which Esav sold his firstborn rights to Yaakov (See Rashi Shemot 4; 22). And this is the meaning of דצך עדש באחב. דצך Your joy, דיצה means happiness. (גילה רינה דיצה וחדווה) עדש,  a lentil.  באחב – with a brother who needs to pay (אח חב). )Mishnat Chasidim)Your joy in buying the firstborn rights, Milah and Korbanot, freed you from Egypt. ואראך מתבוססת בדמייך.

What is the big idea about being Firstborn? Because sometimes, the other kids in the family feel as if everything is a hand-me-down life. As if all my parents’ life decisions were for the firstborn; and then, we all had to follow suit, as if I am just an additional child, and whatever I got or did not is by default. But no. Every Jew is a Firstborn, and everything in your life was designed specifically for you. G-d, the Producer, has a way of writing the Grand Script in such a way that each person has his own script, one that fits perfectly into the Grand one. The two beliefs, you being G-d’s Firstborn and G-d making everything in your life exist, are interdependent beliefs. YOU CAN’T HAVE ONE WITHOUT THE OTHER!

This is the reason why spiritual motivation is down by so many people. Because of the belief that “I am just a second child, and my life is in default to the lives of other people”. But this is a HUGE mistake. G-d does not play favorites. You are G-d’s only child. What you have was given to you by G-d. And G-d is waiting for you to build and activate a relationship with Him on a personal level, just the way He produced your life, on a personal level. And when you are joyous about being G-d’s Firstborn, G-d will take you out of your own personal Mitztrayim as well.